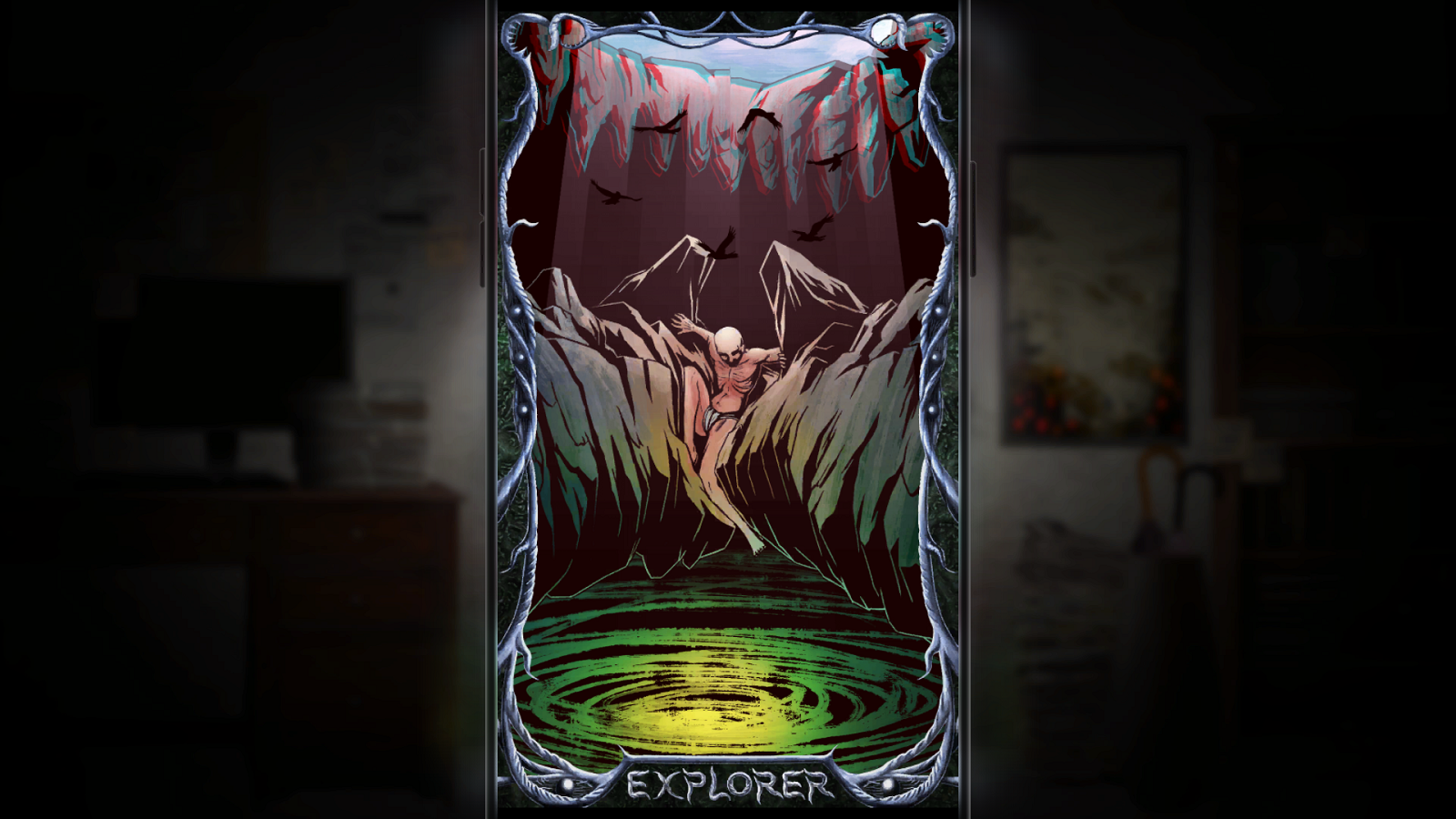 Ladies and gentlemen of the digital age, we stand at the precipice of our own destruction; one step further and down we’ll descend into the deep, dark abyss of late-stage social media. That’s what Malaysian indie studio, Kaigan Games, seems to be telling us with their latest found phone title, SIMULACRA 2. In a world obsessed with follower count and teeming with clout sharks, where vapid apology videos and Ponzi schemes run amok, an unexpected evil hides in plain sight. Ego, greed, and selfishness can only give rise to one thing: face-eating ghosts, obviously.

Part spookfest, part puzzler, part timeline-scroller, SIMULACRA 2 is a unique spin on a familiar subgenre of horror. After the case of a social media influencer’s death closes unexpectedly, you find yourself in possession of her phone. Through the power of technological advancement and social media know-how, you quickly begin piecing together the truth, stringing along a handful of other influencers along with you for the ride. 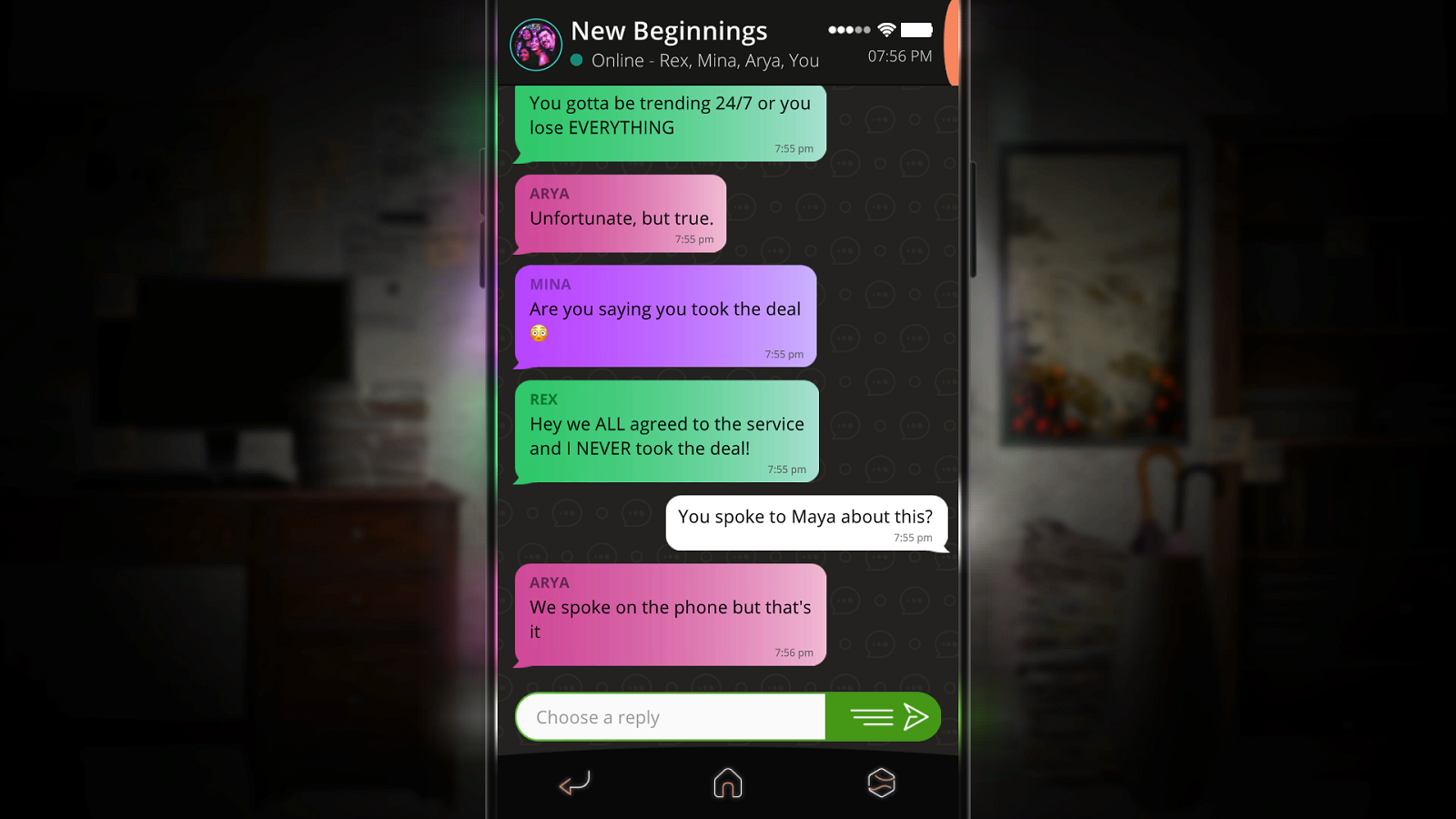 Texting with my friends(?)

The game first made its appearance on mobile — quite frankly its rightful home. SIMULACRA 2’s UI borrows entirely from standardized phone UIs, and as such, tech-savvy/app-savvy players will feel right at home swiping and typing. Artificial load times and familiar internet culture tropes help sell the setting — akin to last year’s phenomenal Hypnospace Outlaw. Interspersed between the texting and scrolling are full motion videos and voice-acted soundbites players will have to dig through Her Story­-style.

Puzzles have you digging through old emails and viewing social media posts until enough evidence has been acquired to progress. By nature, and in line with millennial tradition, each one has you hopping from one app back to another, multi-tasking your heart out to solve the mystery. The game deserves praise for its fairly solid pacing, which never overwhelms the player with huge influxes of information or objectives to chase after. Breaks and rewards are equally frequent. A hints tab is always available to remind you of your objectives, and to narrow down your search to something a tad more manageable if you so wish.

Recovering deleted chat threads, emails, and media — tracked by your WARDEN app — is at the crux of progression. You’ll use that evidence to use against Maya’s influencer friends in hopes of coaxing one of them into a confession. But as paranormal events begin disturbing your search, taking control of and corrupting the phone, more questions open up, requiring even more evidence. SIMULACRA 2 is a genuinely frightening 4 hours; I don’t know what’s more terrifying than a ghost more concerned with showing me dead people than letting me peruse my feed.

The story, in all honesty, is predictable and clichéd despite the odd pocket of solid writing. The texting is remarkably unnatural — stiff being a complete understatement. Understandably, much of the dialogue was shaped with concern for the presentation of puzzles, but the heavy-handed delivery and lack of nuance is jarring to say the least. Vital information is delivered early on, but the conversations drag on for ungodly lengths of time. The same could potentially be said for the acting performances, though some good FMV action is always a treat. 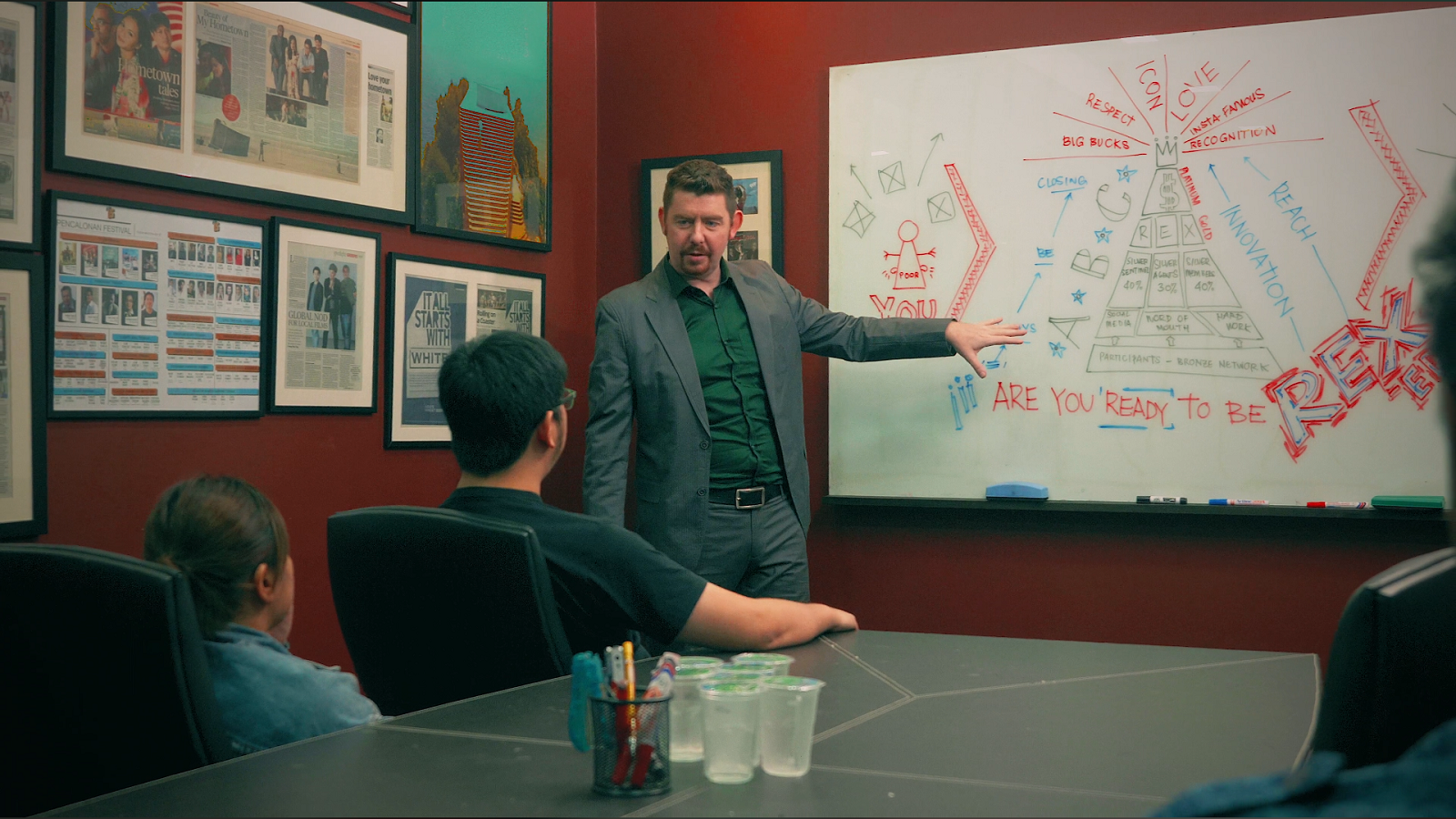 No, it’s not a pyramid scheme.

SIMULACRA 2’s biggest weakness is one that it shares with many of its contemporaries in the detective game subgenre. With its writing unable to hide its twists, you’ll quickly decipher its clues far quicker than the game expects you to. Unfortunately, this means the options available to you don’t reflect what you really know, creating this inescapable dissonance that ruins future puzzles and story beats. The player’s logic versus the game’s — a frustrating, but unwinnable fight.

In spite of its problems, the game never grew monotonous; SIMULACRA 2 is a breath of fresh air that explores interesting gameplay scenarios. Whether it’s downloading and using a map to help guide a character on a stealth mission, or searching police records for case files, there’s always something new that throws a twist or two into the existing gameplay loop.

Multiple endings and the odd branch in the story might warrant another playthrough, yet it’s difficult to justify given the predictability of the story. Refresh as you might, there’s nothing new in the feed. But even just one playthrough is well worth your time, if not for the game’s timely messaging, then for the horror and intrigue. 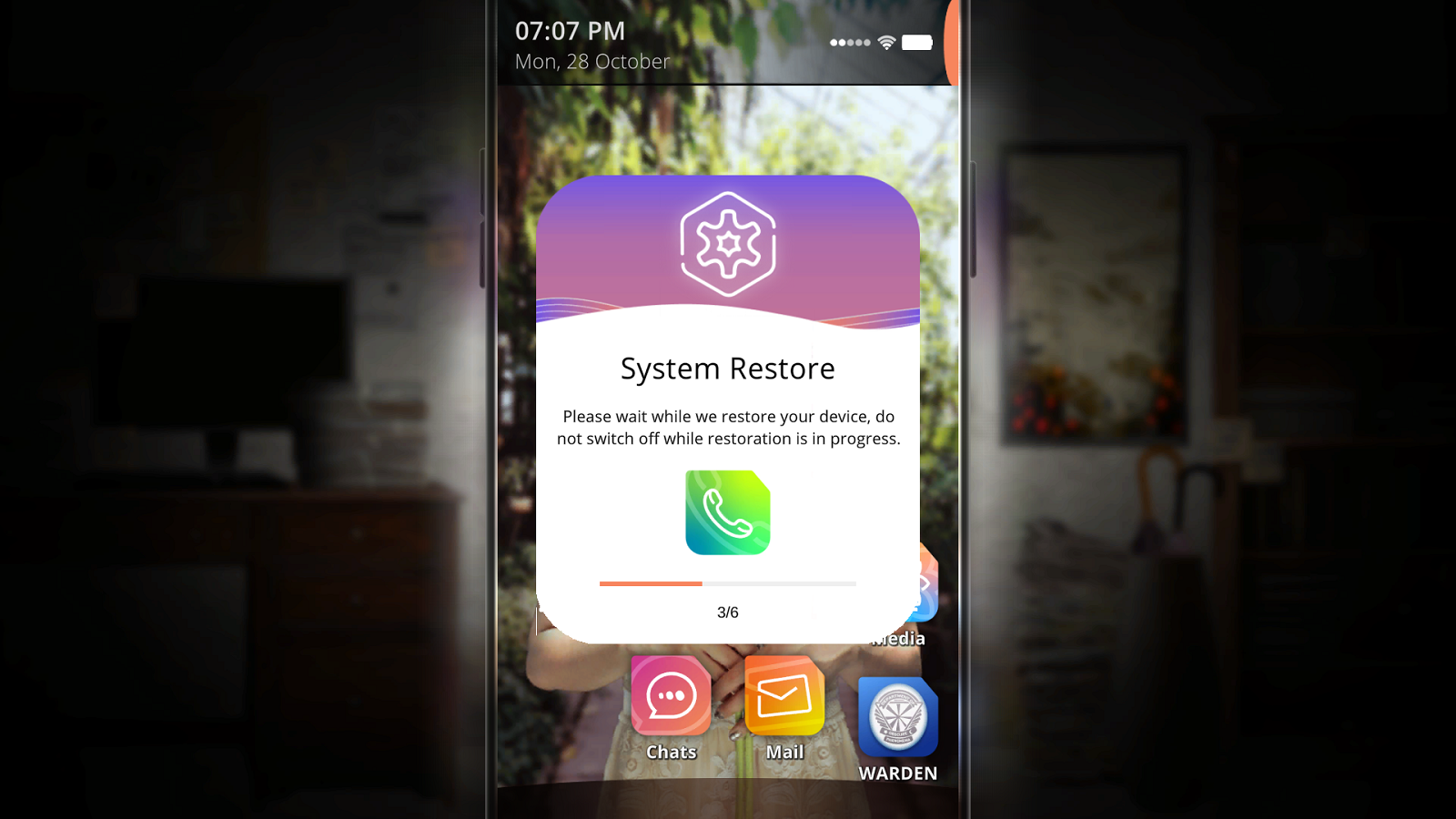 A horror-tinged found phone game that any mystery fan should find a few hours for.

A self-deprecating, overly sarcastic pair of glasses that occasionally possesses a human host in order to partake in the delightful process of playing video games, then immediately complaining about them. When he is not playing games (a rare occurrence), he can be found either writing about things that no one cares about, or haunting the quiet streets of his Canadian suburb.
Related Articles: Indies, SIMULACRA 2
Share
Tweet
Share
Submit