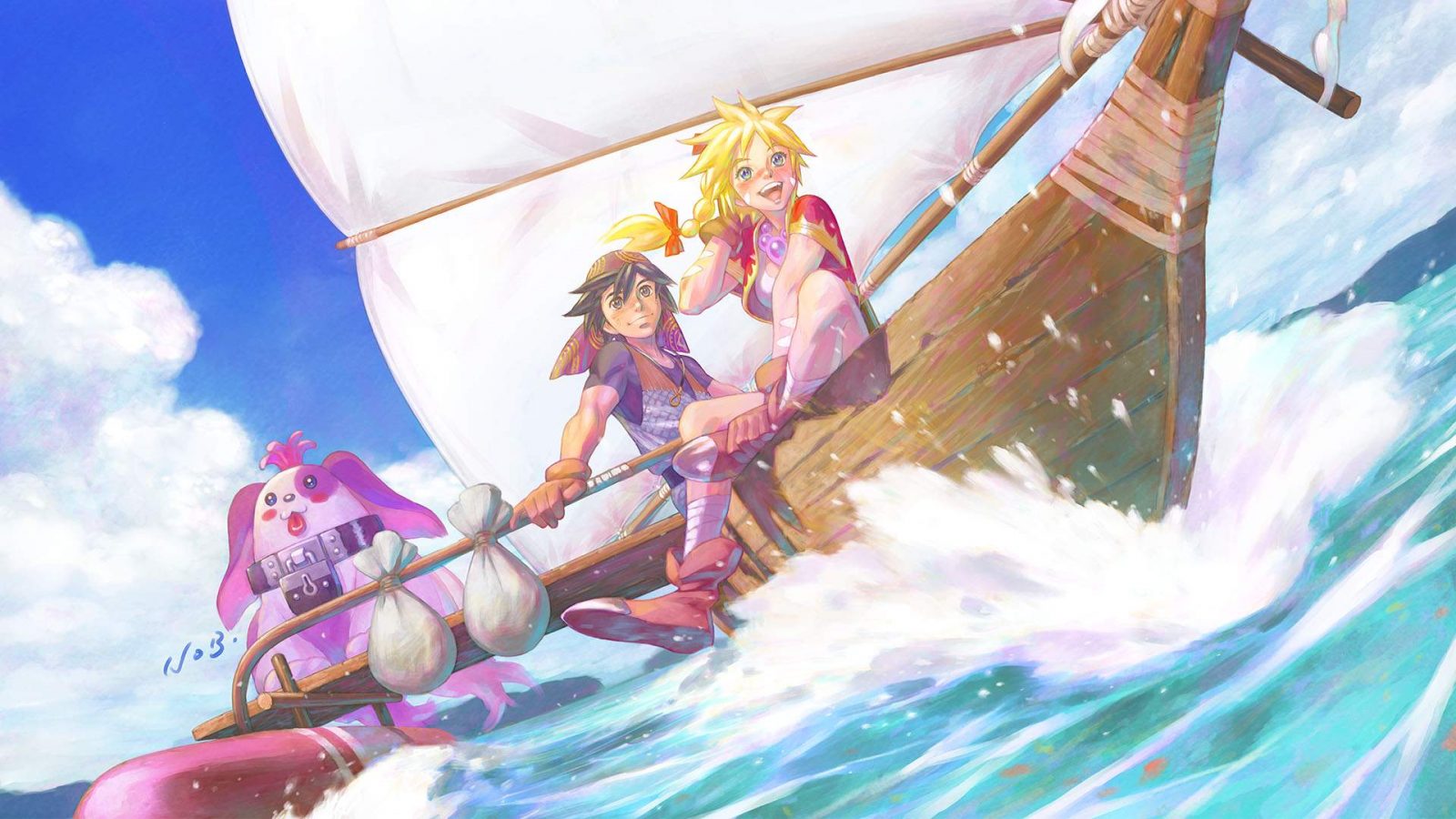 Do you ever think about alternate universes? Worlds where just one little change can ripple out and turn everything on its head. Where that near death experience wasn’t quite so close. Serge had two such experiences when he was a child – almost drowning and being attacked by a panther. While he obviously survived, on a trip to the beach he wakes up in a world where the opposite happened, and much more than you would think has changed. Why would this one boy’s life matter so much in the flow of time?

Chrono Cross is a direct sequel to Chrono Trigger. You wouldn’t guess that from the first half or so of the game, but you won’t understand Cross’ plot unless you’re intimately familiar with Trigger, and even then you’ll be a bit iffy. It’s a flawed but incredibly interesting game, and I’m glad it’s been somewhat updated in this Radical Dreamers Edition.

The focus of this release is the oft overlooked PlayStation game, Chrono Cross. On the main menu, you can choose between a few options to change your experience: the aspect ratio and whether to use the updated models and portraits. That’s not a whole lot, and it would have been nice to use the old models with the new portraits or vice versa, but it’s serviceable. You can only access these from the top menu and not within the game itself, which is a bit annoying since there’s no way to back out once you’re in a game.

The updates to Chrono Cross are rather minimal, but the game’s pre-rendered backgrounds still look good to this day. The El Nido Archipelago is an interesting place to explore, both by land and sea once you get a boat. After a while, you’ll also be able to travel between the two worlds to accomplish objectives. For example, female lead Kid gets poisoned at a certain point, but the animal the antidote is extracted from is extinct in her world. If you choose to help her, you can go back to Serge’s home world and kill the last one there for the antidote. But if you choose not to, because dooming a species to extension is not good, you’ll get one of the best party members in the game who is unavailable in the other route. While the circumstances aren’t always that dire, there are a ton of choices that determine who can join your party. You can’t get everyone in a single playthrough either, and there are a lot of characters to recruit.

Each character has an innate element attached, such as Fire, Dark, Wind, etc. Elements are opposed, so a character who is Water innate will be weak to fire and better at using Water attacks. Instead of learning new moves, you acquire and assign Capital-E Elements to a character’s grid for them to use in battle. Chrono Cross uses a pseudo ATB system for its turn-based battles. To keep things simple we’ll use Serge as an example: at the start of battle, Serge is Level 0 in his grid and has 7 stamina. To level up the grid and access equipped Elements, he attacks an enemy. There are three types of physical attacks, each increasing in strength but using more stamina. The 1 stamina attack will increase his level by 1 and has the highest chance to hit, so Serge starts with that. He then follows up with the 2 and 3 attacks respectively, going up to Level 6 Elements and leaving him with 1 stamina. Instead of using one last attack, he backs off to use an element, putting him in negative stamina for a short time. He’ll then recover stamina back up to 7 as other party members and enemies act. The basic battle flow sounds complicated, and it can be difficult to get to grips with, but it’s very customizable. I found the best strategy was to use Diminish to decrease the power of Elements for everyone for the whole battle, then just wail on enemies because they tend to only use Elements.

While the battle system is complicated, it’s not nearly as complex as the story. As I said earlier, you will not understand what’s going on in the final few hours unless you are familiar with Chrono Trigger and, to a lesser extent, the SNES visual novel prequel Radical Dreamers. Even then, it still feels like a lot of the game was cut for whatever reason, and it’s a shame they didn’t take the time to clarify things or flesh out story beats with this remaster. Having Radical Dreamers, which was previously a Japan only Satellaview game, is a treat though. It’s fairly short, and it’s interesting to see what proto Serge, Kid, and a third character who I won’t spoil get up to in another alternate universe.

In this visual novel, you explore Viper Manor through text options. Depending on what you do, you can access several different endings. It’s short enough that it’s easy to play through multiple times, but there is a lot of wandering around and backtracking multiple times to progress. Thankfully you can save whenever and a full playthrough will only take about an hour and a half, provided you don’t die.

Chrono Cross: The Radical Dreamers Edition is a decent way to play an often overlooked PS1 RPG along with its accompanying SNES text adventure, but it doesn’t do a whole lot to justify a purchase if you already own the original. In fact, it actually performs worse in some cases. Still, the new options like fast forward and disabling encounters are convenient, and finally having a way to play Radical Dreamers is awesome.

David is the kind of person to wear his heart on his sleeve. He can find positives in anything, like this is a person who loved Star Fox Zero to death. You’ll see him playing all kinds of games: AAAs, Indies, game jam games, games of all genres, and writing about them! Here. On this website. When not writing or playing games, you can find David making music, games, or enjoying a good book. David’s favorite games include NieR: Automata, Mother 3, and Gravity Rush.
Related Articles: Chrono Cross: The Radical Dreamers Edition
Share
Tweet
Share
Submit