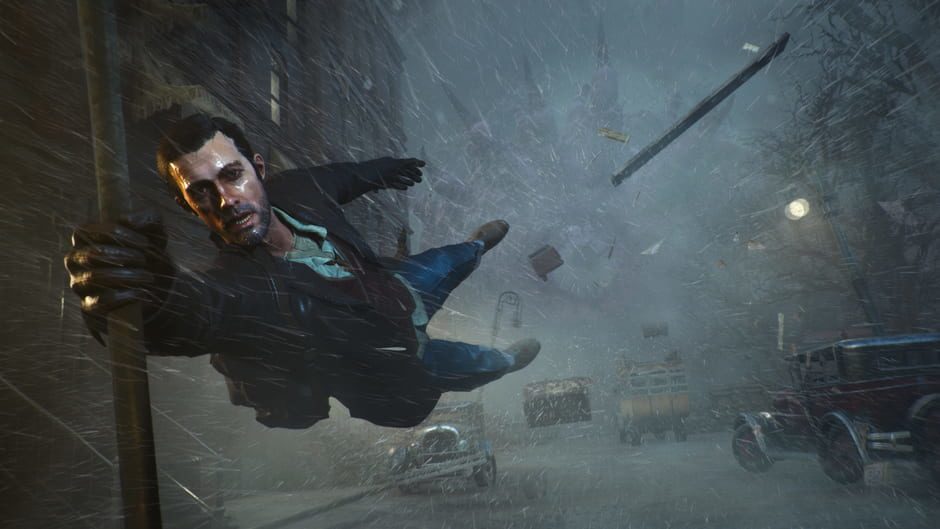 I don’t know what caused Cthulhu to become the latest trend for the horror games industry, but it seems we’re in something of a Lovecraftian renaissance. No sooner had I finished playing developer Cyanide’s Call of Cthulhu that I learned about developer Frogware’s The Sinking City. But unlike some of the other recent tentacle-filled games, The Sinking City sets itself apart with a bizarre and completely unique open-world RPG, filled with mystery and danger. And where it succeeds in creating just that, it’s greatly held back by sloppy, low-stakes combat, and rampant technical issues.

In The Sinking City, you play as Bostonian private eye, Charles Reed, who travels to the fictional city of Oakmont chasing rumors that the people there are plagued by strange visions and prolific madness. Plagued by the same symptoms yourself, you embark on a quest to get to the root of the issue before it’s too late. In Oakmont, you find a city half-submerged in water, filled with strange and troubled people, and overrun by monsters. Using your expert deduction skills and a whole armory of bullets, you aim to solve the city’s mysteries and survive the horrors you’re confronted with.

The star of the show in The Sinking City is Oakmont itself, which is such an original and peculiar place, that it practically begs you to explore it and figure out how the heck it came to be. Right off the boat, you meet a family who seems to have ape-like features, and another who has been “blessed by the sea” and look like human-fish hybrids, and the oddities of the place only get stranger from there. Oakmont is unlike any place I’ve ever seen in a game, giving the Xenoblade Chronicles a run for their money in terms of unconventional settings, and I rarely found myself bored by the novelty of it.

Developer Frogware is known for their expertise in the area of investigative mechanics, and that serves them well in The Sinking City, where you’ll need to put your detective skills to use to gather clues and draw conclusions to find the truth. You’ll also make use of some strange supernatural skills that your character has acquired as a part of his backstory, which enables you to see ghostly images of the past and piece together a sequence of events. And once the investigation is done and you’ve obtained a clear picture of what’s happened, you’ll oftentimes have to draw your own subjective conclusion, each with their own consequences. 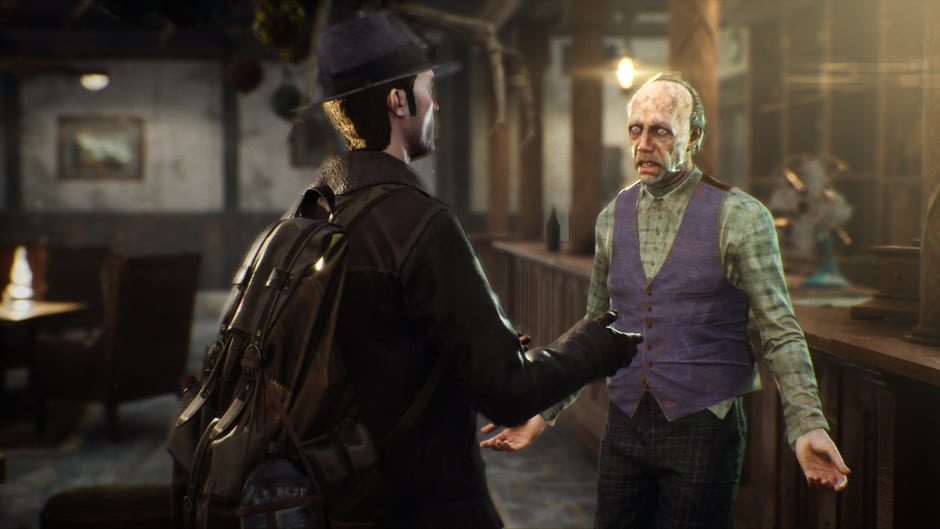 This aspect of The Sinking City represents some of the best moments in the game, where the game’s many shortcomings sink into the background as you immerse yourself in the puzzles and problem-solving before you, and learn more about the game’s deep and disturbing setting. It also leads to some of the game’s most creepy moments, as your character slips deeper into madness and struggles to tell reality apart from his waking nightmares. And the game doesn’t hold your hand in the effort, either, leaving it up to you to cross reference your journal entries and bag full of clues to follow the evidence to its inevitable conclusion, which makes you feel like a true, hardened gumshoe.

Of course, you won’t be able to solve every problem with your investigative mind. In true Lovecraftian fashion, some horrors are best dealt with using the business end of a revolver. And that’s where the first of The Sinking City’s issues make themselves known. Simply put, the game’s gunplay is overly simplistic, poorly implemented, and boring. The most interesting mechanic at play here is that bullets are fairly scarce and precious, as they double as the city’s currency and will mostly require crafting to be obtained. But in practice, every enemy in the game lumbers forward until you put a few rounds into them, then they die. Each of the game’s weapons operate similarly, with minor differences that seem mostly as an excuse to give you several pools of bullets to utilize. Without much nuance, combat in The Sinking City quickly becomes a repetitive chore and are some of the most difficult sections to force oneself through. 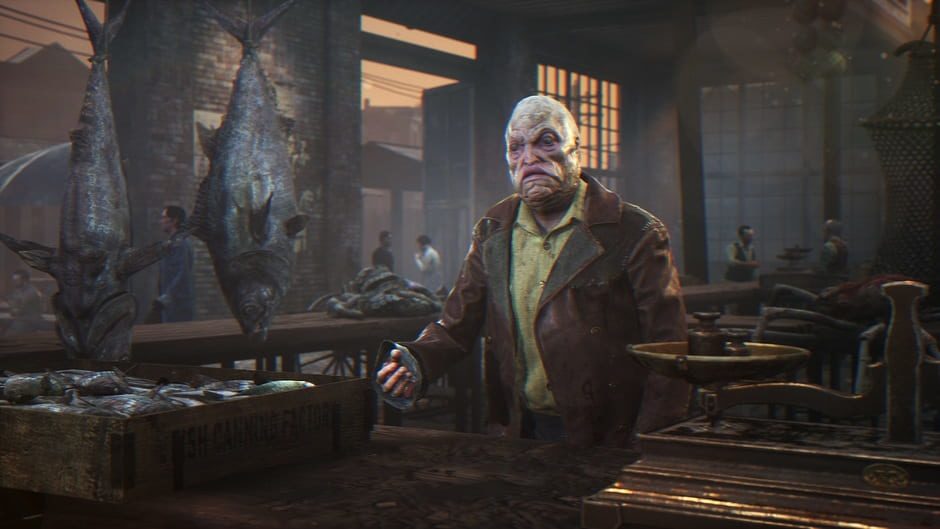 The game is also flooded with technical issues. On the Xbox One the game struggles to keep up with the vast open world, and experiences framerate drops, texture blurriness, audio choppiness, and occasional game crashes. Characters will pop in and out of existence or face the wrong direction during a conversation, and sometimes you won’t know if you’re doing something wrong or if the game has bugged out and is in need of a reboot. Perhaps the open-world nature of Oakmont, which has no loading screens aside from during fast travel or other special events, was too ambitious, because the game runs like a wounded animal, especially after extended play.

The presentation of the game is also fairly poor. Visually, nothing about The Sinking City stands out. Characters aren’t very lifelike, except when they’re intentionally monstrous-looking, and the environment has lots of low res textures. The game’s sound is equally uninspired with mostly poor voice acting and an unmemorable soundtrack. Nothing about the game’s look and sound is overtly offensive to the senses, but it’s also almost never exceptional.

The Sinking City is held back by extreme technical issues, weak presentation, and monotonous combat, but the high quality investigation mechanics and incredible worldbuilding make it a one-of-a-kind ride.

You know that jerk online that relentlessly trash talks you after every kill? That guy was probably Travis "Tie Guy" Northup. Competitive, snarky, and constantly wearing a tie, Travis has been writing his opinions about electronic media since he was a teenager, and is pretty much the only person to hold his opinions in high regard.
Related Articles: The Sinking City
Share
Tweet
Share
Submit