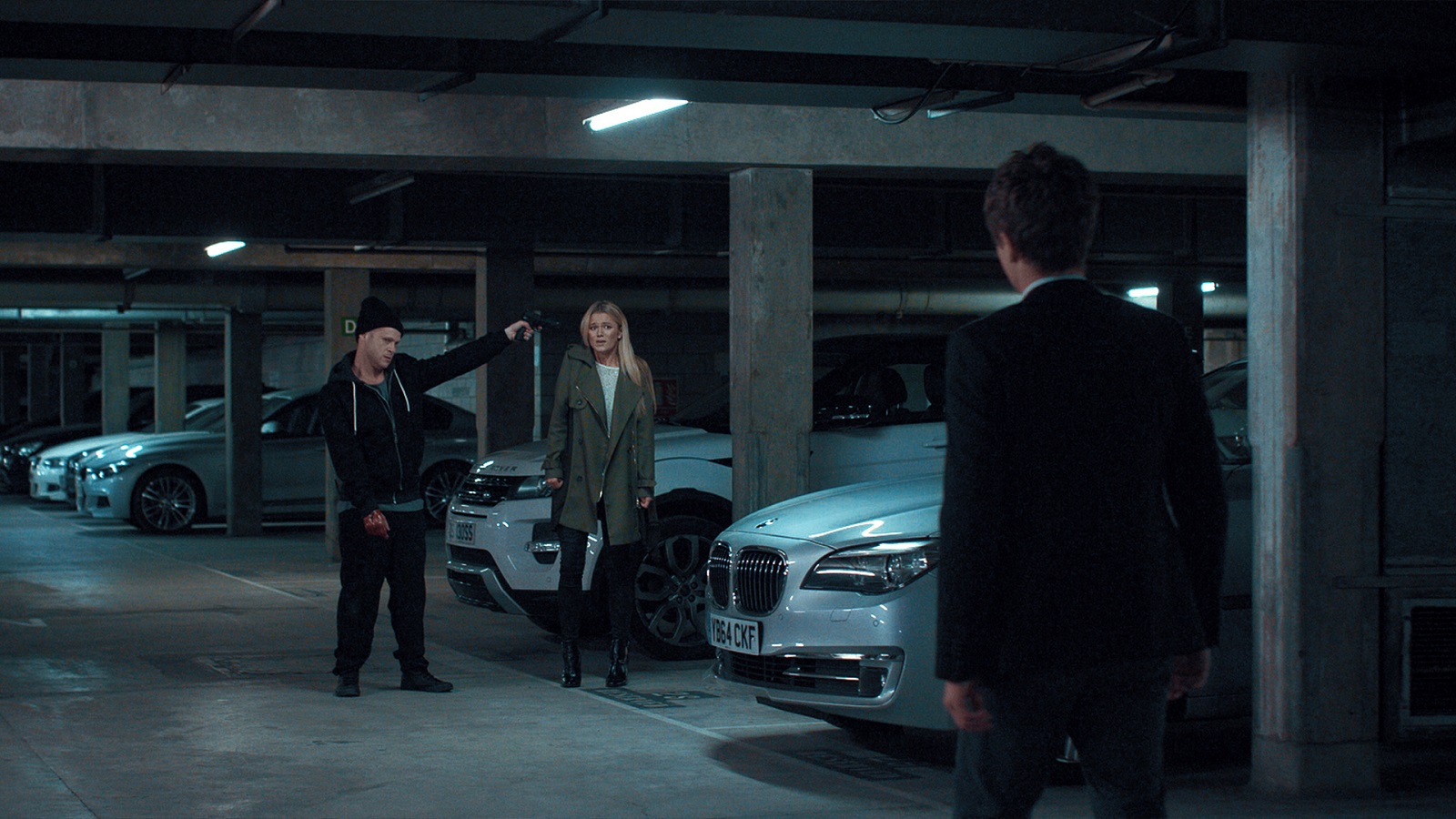 The more I look into full-motion video games, the more I think that the Nintendo Switch would be the perfect portable streaming device. While I did have a bit of an issue with The Bunker’s inconsistent quality, I still think that the genre can thrive in the age of high definition. Wales Interactive has released Late Shift for the Switch, and it’s a remarkable step for the full-motion video genre.

Late Shift puts you in control (quite literally) of the protagonist Matt, a guy that’s dedicated to statistics and math. He has a night job as a security guard in a parking garage, and on his titular late shift, he becomes an unwitting pawn in a run-of-the-mill heist plot. His mission: to retrieve a mysterious cup at an auction in order to make some bank. However, the operation goes awry and it’s up to Matt and his wits to try to stay alive.

I have to commend the team for making a thrilling atmosphere out of Late Shift. While the runtime is roughly an hour and a half, and you’ll see most of what the game has to offer the first time around, the way it’s pieced together is remarkable. The film surrounding the game looks pretty even in portable mode, with HD footage and some decently acted roles.

While the supporting cast can feel a bit wooden at times, Matt and his partner May-Ling are complex and deliver their performances well. You can feel the development of Matt as he changes due to his decisions, and can see the weight of his actions burdening him during your playthrough. Late Shift runs nonstop with barely discernible transitions between actions thanks to the ctrlmovie technology Wales Interactive utilized.

While The Bunker had an interface akin to a point-and-click adventure game, Late Shift instead dials back the interactivity to certain contextual choices that will pop up during the game. However, much like some of the most tense scenes in a Telltale game, you won’t have any time to think of a decision and will have to come up with choices in mere seconds in order to continue; if not, the game will choose for you. This urgency mixed with the seamless integration of the experience makes for a pulse-pounding, entertaining ride. There’s enough here to consider Late Shift a game rather than a film, though it’s great to experience it with someone else in the room as well. It’s unobtrusive for those observing, yet still clear enough that you won’t be blindsided when making a choice. The things that changed if I did one action differently intrigued me, and there were more than a few times when the correct action might not be the obvious one.

Surprisingly, this choice had a huge bearing on the ending I got (i.e. the wrong choice screwed me over.)

While I did enjoy the general interface of the game, there are a few issues that hampered my enjoyment of the title. As the game veers towards the realm of an interactive movie, a lot of the scenes will have to be rehashed. As are most FMV games, Late Shift clocks in at a relatively short runtime. Unlike The Bunker, this game does have seven possible endings and some scenes that are exclusive to certain actions, so you can play at least once more in order to get the whole story.

However, it would have been better to have a chapter select option after beating the game once because the first third of the movie is a bit of a slow burn, and some endings are only slightly distinguishable from each other. Because the game doesn’t stop at any time, it will be hard to try and redo decisions without quitting the game mid-chapter or even starting anew. It doesn’t help that you’re given a results screen with no way to figure out what you chose or what ending you received; you’ll just have to trust yourself to do a little better next time.

Late Shift is a technological beauty that shows what full-motion video games can truly achieve. Its slick plot and fast but meaningful pacing proves that the genre has some uncharted territory it can explore in the future.

Elisha Deogracias is an aspiring accountant by day, freelance writer by night. Before writing for Gaming Trend, he had a small gig on the now defunct Examiner. When not being a third wheel with his best friends on dates or yearning for some closure on Pushing Daisies, he's busy catching up on shonen manga and wacky rhythm games. Mains R.O.B. in Smash. Still doesn't know if he's a kid or a squid.
Related Articles: Indies, Late Shift
Share
Tweet
Share
Submit