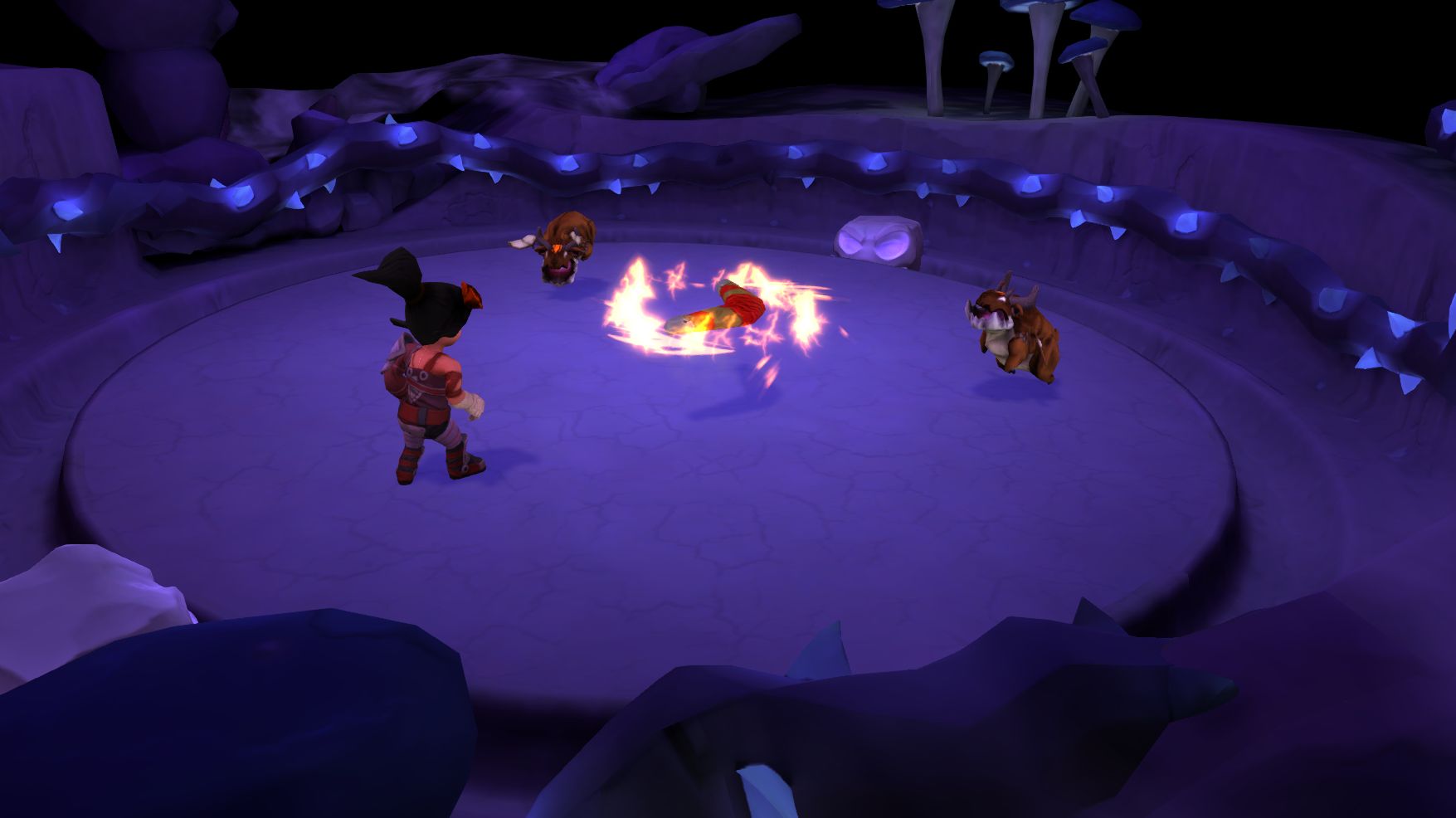 Wondershot feels like it comes from a different time. It’s offline-only, meant to be played with friends in the same room, has extremely simple gameplay and is best played in small periods of time. It’s a game that’s best played at a social gathering, and does a great job at capturing a niche that only Nintendo even bothers targeting anymore.

Wondershot is a top-down 1-4 player local-only multiplayer game that consists of simple, brief combat minigames. Players have only four weapons at their disposal: a slingshot, a bow and arrow, a boomerang and a hammer, each with their pros and cons. The objective is to be the last player standing in a brawl. There are also various power-ups that spawn, and can give players the edge via extra speed, the ability to walk through walls, etc.

In small doses, Wondershot is a lot of fun. The weapons are unique and well-balanced, and the gameplay is quick, exciting and competitive. The environments are small, but have lots of moving terrain that can be used as cover, and teleporters for easy travel across the map. Projectiles can be fired to bounce around corners, or surprise someone by flying through a teleporter. It all feels like an old-school party game in the best kind of way.

The key concept in Wondershot is simplicity. The maps are tiny, the battles are short (and enter a sudden death stage in less than a minute of gameplay to force a conclusion), the weapon selection is small, and there aren’t a lot of controls to learn. While simplicity isn’t a bad thing, the goal is usually to make something that’s easy to learn, but difficult to master, and Wondershot misses this mark. Instead, Wondershot is easy to both learn and master, and so it doesn’t quite have longevity once all of your pals have figured things out.

The additional game modes in Wondershot offer more ways to play, but they never come close to being as interesting as the core competitive mode. A co-op survival mode is a welcome break from competition, when heads are in need of cooling, but ultimately feels tacked-on, and more repetitive than interesting. There is also a solo challenge mode that has the player completing objectives with certain restrictions in place, like time trials, etc.

Wondershot’s presentation is also quite enjoyable. The aesthetic design is bright and childlike, while the characters are all drawn like kids playing as medieval warriors, and the scenery is vibrant and cartoony. The sound follows suit with over-the-top sound effects, and whimsical music. The whole presentation aligns itself with the game’s core principles of simplicity, and lightheartedness.

Wondershot succeeds at being an entertaining party game, but is too easy to master, and best played in small doses.

You know that jerk online that relentlessly trash talks you after every kill? That guy was probably Travis "Tie Guy" Northup. Competitive, snarky, and constantly wearing a tie, Travis has been writing his opinions about electronic media since he was a teenager, and is pretty much the only person to hold his opinions in high regard.
Related Articles: Wondershot
Share
Tweet
Share
Submit