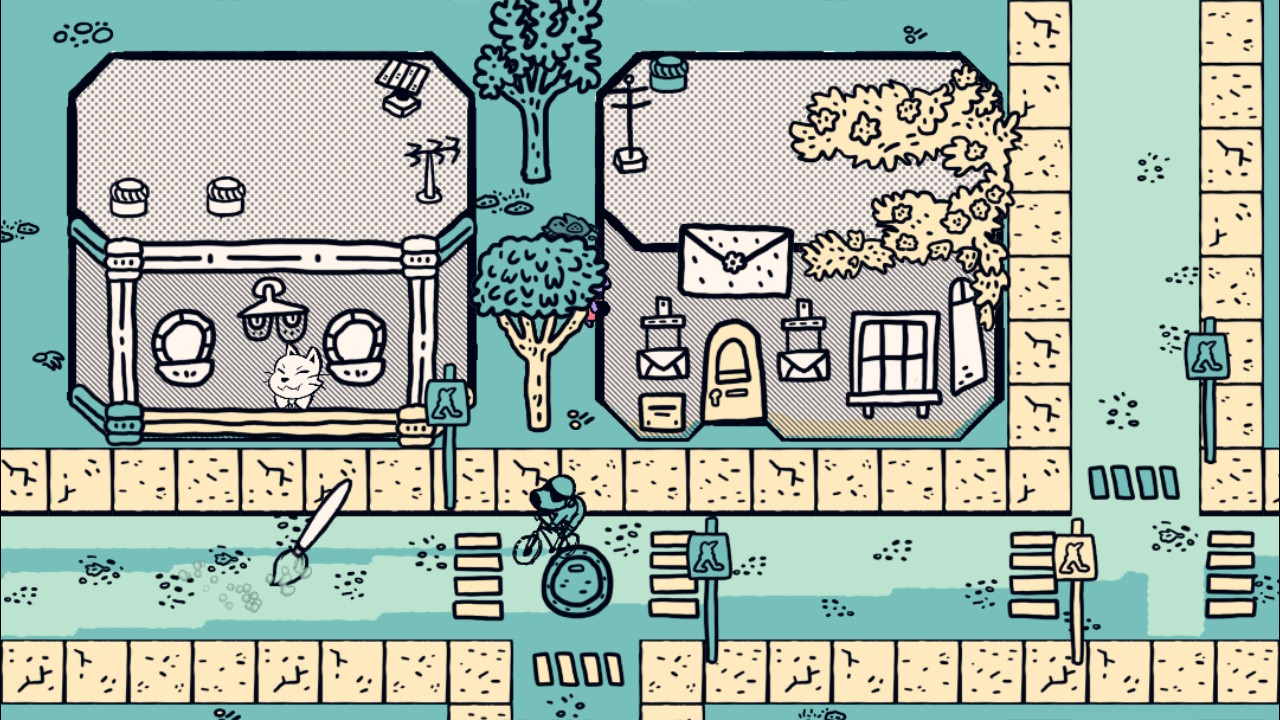 Chicory: A Colorful Tale Review on Switch — A world of color

Last year’s Chicory: A Colorful Tale was a delightful title with a sensitive story, a vast world to color in, and tons of secrets to find. I adored the game on PS5, and now it’s inevitably arrived on the Nintendo Switch. I felt Chicory was a perfect match for the DualSense, with great, subtle vibration and trigger effects, so let’s see how it plays on a system with an actual touchscreen.

First off, for those not familiar with Chicory, it’s essentially what you would get if you crossed a coloring book with a Zelda game. The world is suddenly devoid of color, so the heroic dog named after your favorite food takes up The Brush (without permission) to color in the picnic province. Using paint and various abilities you acquire along the way, you explore, fight bosses, discover collectables, and progress through the thoughtful and empathetic story. It’s a lot of fun, and comes highly recommended no matter what you play it on. With that out of the way, let’s take a look at the Switch version.

The first thing you’ll notice when comparing the two versions is that the initial load takes a whole lot longer. This is perfectly understandable because the PS5’s SSD is much, much faster than whatever the Switch has going on under the hood, so I can’t fault this version. Plus, it lets you actually read the cute, positive loading messages. Once you reach the paintable title screen though, all loading from that point on is essentially instantaneous. There can be a small stutter when entering a screen that you’ve completely colored in, which can be a bit annoying but it doesn’t affect anything gameplay wise. The hand drawn visuals might look a bit lower quality in portable mode, but that’s standard fare for the system.

Chicory on Switch adds two new control schemes for your painting pleasure: touch screen in portable mode and motion controls with separated joy-cons. Both of these have their pros and cons, but I still find the standard, stick controlled cursor to be the best option. For one, the touch screen controls oddly function more like a mouse substitute than anything. If you want to start painting somewhere the cursor currently isn’t, it will quickly move over to where you touch instead of instantaneously. This can lead to large lines being painted between the two points, which can screw up some puzzles like those in Feast with the paint eating platforms. Menu navigation with this method also feels odd, with the occasional stray input and no ability to slide through menus like the map or wardrobe as would feel more natural. 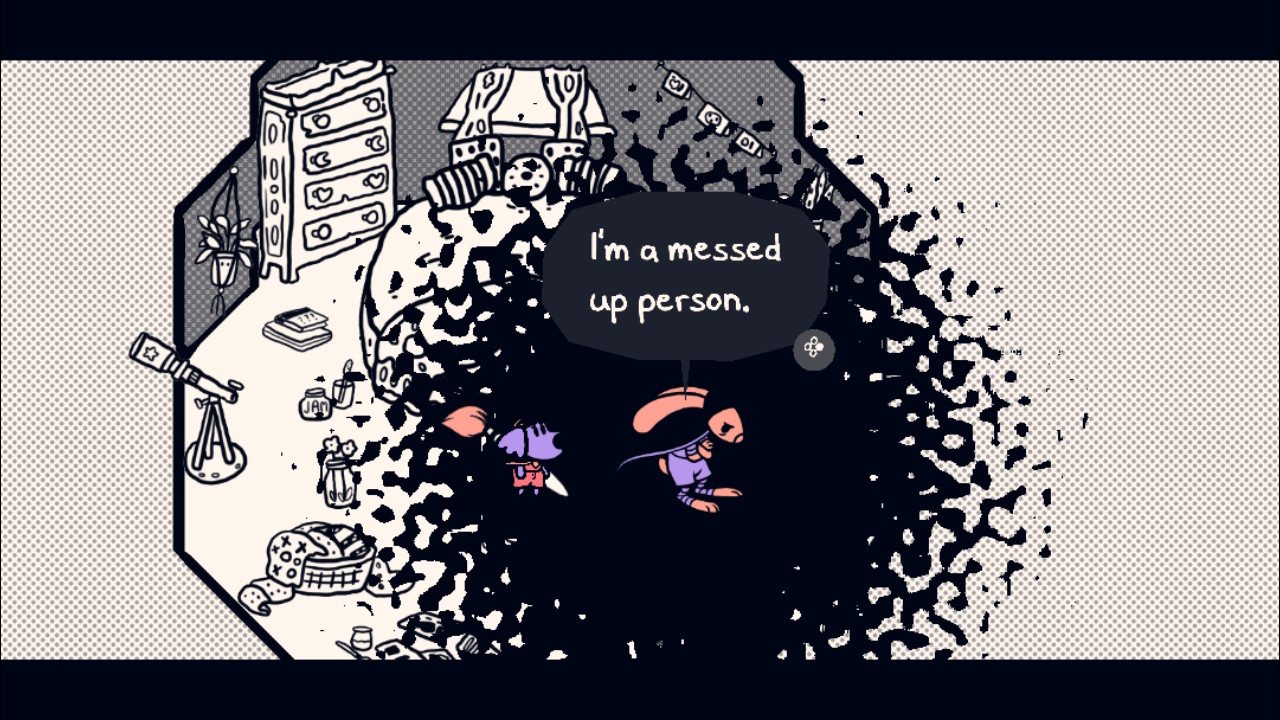 Pointer controls with joy-cons have never felt particularly good or accurate, due to the tracking’s propensity to drift much like the sticks themselves after a while. That being said, it does work surprisingly well in Chicory, though not well enough for me to regularly choose it over the stick. To even activate the mode, you need to go into settings and assign a button to reset the cursor. After pressing said button, in my case pressing in the left stick, you lay your joy-con on a flat surface for a moment to calibrate it, then you can move the cursor around with motion just like the good ol’ Wii. You can adjust the sensitivity of the cursor, along with all the rest of the great accessibility options, but you will need to recenter the cursor very frequently regardless.

While these control schemes aren’t ideal for normal painting and puzzle solving, they work great in boss fights. I still think they can be disorienting, but not having to pay so much attention to where your cursor is does mitigate this a bit.

Chicory: A Colorful Tale Review on Switch — A world of color

Chicory: A Colorful Tale, while not perfect on Switch, is still a great game you need to play. The new controls schemes have their issues, but they also have their moments to shine.

David is the kind of person to wear his heart on his sleeve. He can find positives in anything, like this is a person who loved Star Fox Zero to death. You’ll see him playing all kinds of games: AAAs, Indies, game jam games, games of all genres, and writing about them! Here. On this website. When not writing or playing games, you can find David making music, games, or enjoying a good book. David’s favorite games include NieR: Automata, Mother 3, and Gravity Rush.
Related Articles: Chicory: A Colorful Tale, Indies
Share
Tweet
Share
Submit