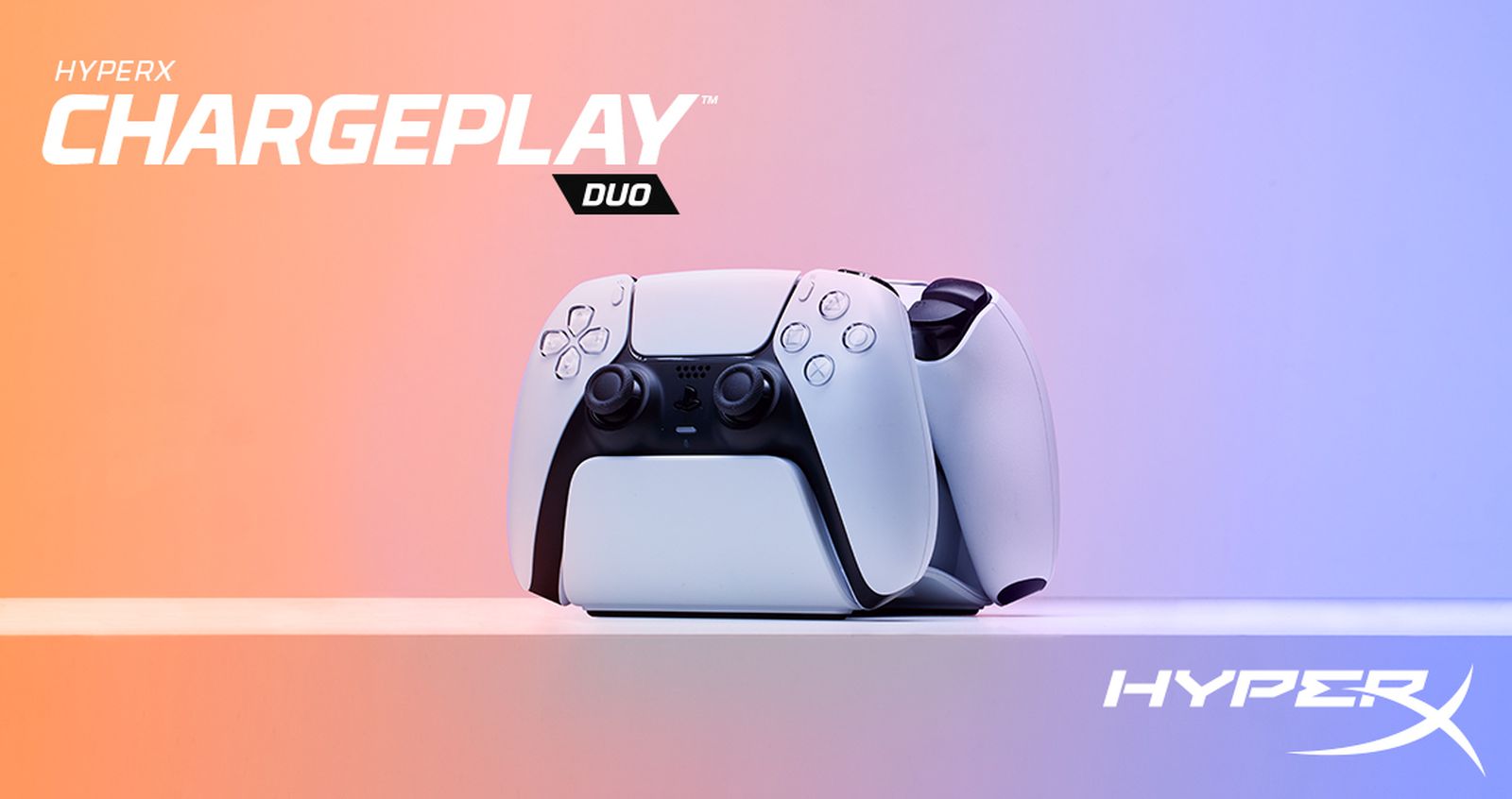 Accessories are a finicky thing as they are often trying to do what’s already been done well, but somehow cheaper. The memes about third party controllers for the friends you don’t like exist for a reason. As such, it can be a real challenge to review third party peripherals as you find yourself saying “It’s almost there, but not quite” entirely too often. A few standout companies have really been trying to break that mold, one being HyperX. Their keyboards and mice have given devices twice the price a run for their money. They’ve built a few chargers for previous generations of consoles, but now they are trying to take on Sony’s PS5-shaped charger. Can the ChargePlay Duo offer something worth skipping Sony’s thematic power ports?

First things first, while the PS5 first-party chargers look the part as tiny PlayStation 5 consoles turned on their side, they also have a few irritating bits worth mentioning. Controllers sitting in the cradle are effectively perched there, subject to falling out of charging position or just being knocked loose if you bump the table. I’m an interminable clutz, so that’s happened more than I’d care to admit. The second is the proprietary L-shaped cable that tucks underneath, connecting to a large brick. Since I put my charge system higher up on a shelf, it means the power brick dangles precariously, tugging at the back of the charger – I have it pinned between the wall and the shelf to prevent disaster. It’s got the looks, but design could have used a little more time in the oven.

Unboxing the ChargePlay Duo, I can immediately tell that several issues are solved right out of the gate. There’s a significant weight in the base – nearly a pound, in fact, so there’s no doubt that it’s going to stay put. The saddle-like shape of the charge base also cradles the controller in such a way that it won’t move if bumped. Best of all, it uses a six foot USB-C cable to power the device, and all without a giant brick to try to tuck out of the way. Just like that, three problems solved, all at once.

The ChargePlay Duo has four studs for power on each cradle, as well as a small plastic nub in the center that rests in the microphone jack on the bottom. What a difference a few millimeters makes – that small nub secures the controller just enough without being intrusive enough to get stuck when you pick up the controller, especially when compared to the official device. These little things add up, to the point where it becomes increasingly difficult to recommend the “real thing”.

The coup de grace for HyperX is delivering the ChargePlay Duo with a 2 year warranty. Many such devices carry a 90 day warranty, with Sony’s own DualSense Charging Station coming in at a year. HyperX is standing behind their device for double that amount. Better still, it does so at the same $29.99 retail price as Sony’s first party play. That officially puts a fork in the first party device – they’ve been dethroned.

The HyperX Chargeplay Duo charging station does the impossible – it outclasses the official first party charger in every single way, and it does so at the same price.

Ron Burke is the Editor in Chief for Gaming Trend. Currently living in Fort Worth, Texas, Ron is an old-school gamer who enjoys CRPGs, action/adventure, platformers, music games, and has recently gotten into tabletop gaming. Ron is also a fourth degree black belt, with a Master's rank in Matsumura Seito Shōrin-ryū, Moo Duk Kwan Tang Soo Do, Universal Tang Soo Do Alliance, and International Tang Soo Do Federation. He also holds ranks in several other styles in his search to be a well-rounded fighter. Ron has been married to Gaming Trend Editor, Laura Burke, for 21 years. They have three dogs - Pazuzu (Irish Terrier), Atë, and Calliope (both Australian Kelpie/Pit Bull mixes).
Related Articles: Chargeplay Duo, Hardware
Share
Tweet
Share
Submit