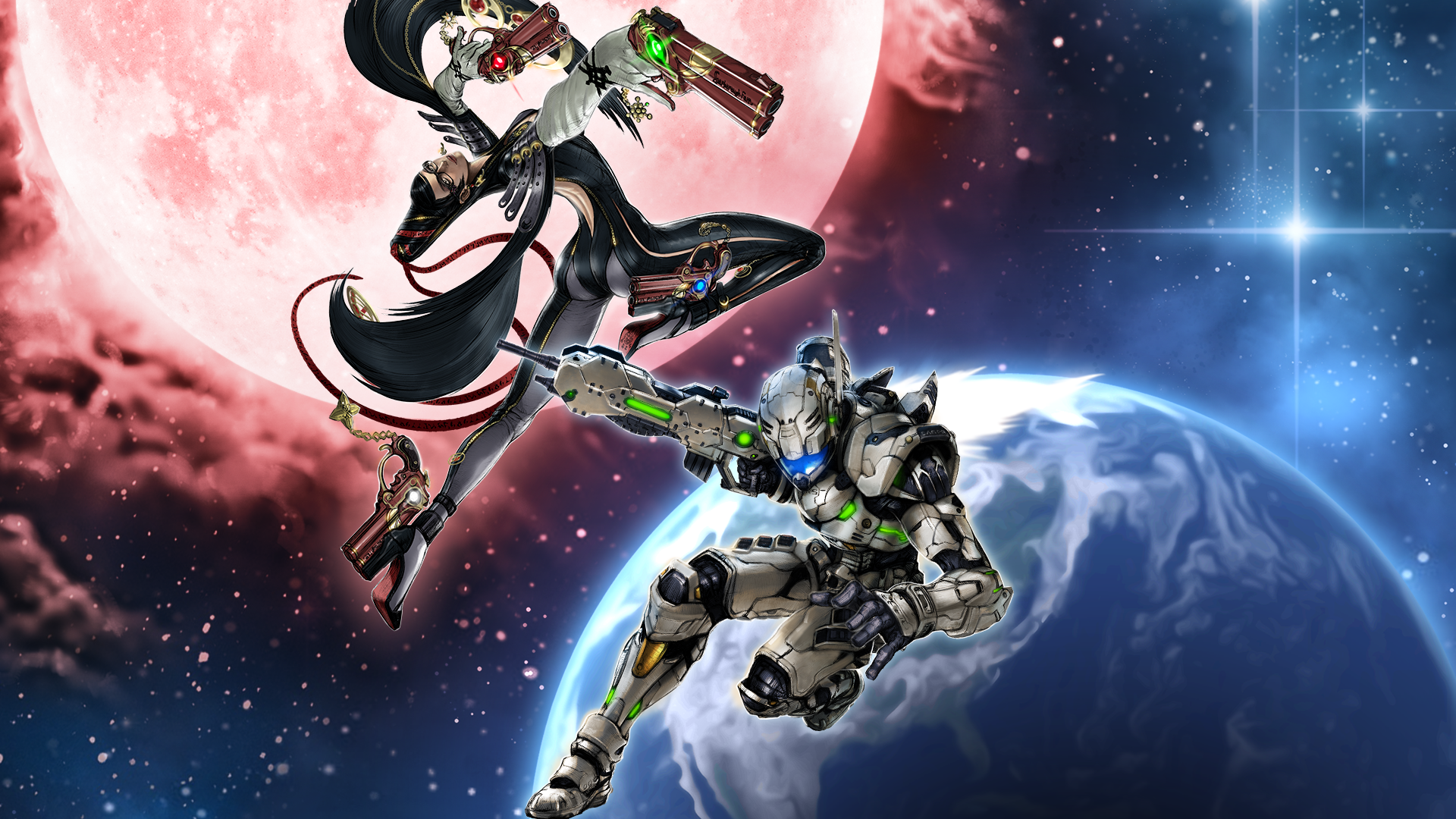 PlatinumGames is an Eastern powerhouse developer. Since their formation in 2007, they have established a reputation for making superbly stylish action games. What better way to celebrate than by bundling two defining titles of the company’s genesis stage? Bayonetta and Vanquish have both held up and aged in different ways. Despite some shortcomings, these games ravishingly revolve around dominating evil angels and laying waste to swarms of robot soldiers with flawless grace. To truly look cool while slashing and shooting is a stringent process — these games are for hardcore players, especially Vanquish. However, newcomers will still find plenty to enjoy in this compilation of two seventh-generation gems.

In Bayonetta, you control the eponymous protagonist, a gun-toting, shapeshifting witch. The plot is a contrived and exposition-heavy tale that follows the titular character as she tries to regain her memory. Its roughly 11-hour story will take you across ethereal realms inspired by Dante’s Divine Comedy, and you will battle colossal bosses. The gameplay follows an excellent hack-and-slash formula reminiscent of the Devil May Cry series (also by Hideki Kamiya, the same director). You can pull off elaborate combos with weapons, including a katana and a whip, alongside your pistols for juggling enemies in the air. There are also quick-time event executions, animal transformations, and the ability to summon demons with your hair. The combat offers a great time, all topped off with a satisfying grading system.

The PlayStation 3 version of Bayonetta was an infamously incomplete experience. Graphics looked blanched, load times were abysmal, and the frame rate often dropped steeply. This is unagreeable when it comes to the gameplay’s brisk pace and striking art style. Thankfully, this enhanced PlayStation 4 port fixes all those problems and presents the game in all its crazy glory. The frame rate is at a constant sixty frames, the 4K is impressive (even if the graphics look a bit dated at times,) and the load times are nonexistent. The last positive is also a negative since the loading screen served as a place of practice. Since levels load up in a matter of seconds, this useful mode is now unplayable. Apart from that and a lack of autosave (often seen in remasters nowadays), this is the definitive version of Bayonetta to date. 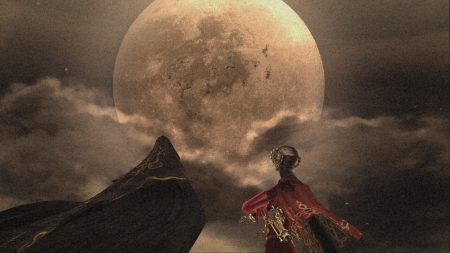 Vanquish is set in the near future and focuses on a war between American space marines and The Order of the Russian Star, a regime that threatens to take over the world. You play as Sam Gideon, a DARPA soldier set on a mission to reclaim the overtaken space colony called Providence. From then on, you will have to fend off a relentless army of robots, pushing the way forward in five acts. The campaign clocks in at a short six hours, and the narrative is horrendously uninspired and bland. However, Vanquish gathered a cult following mainly because of its fresh approach to the third-person shooter genre. Gideon is equipped with an Augmented Reality Suit, armor that is attached with jet boosters and is capable of many functions, including Augmented Reaction (slow-motion.) This equipment turns the tides of battle and then some. The suit allows you to seamlessly slide across the battlefield floor and harness the heightened state of augmentation, all-the-while switching between the diverse array of weapons ranging from launchers to rifles.

Although each platform had a good version of Vanquish, this remaster also adds higher resolution and a silky-smooth frame rate that is pivotal for a game like this. Wherever you are activating the slow-mo with a backflip kick, a vault, or while sliding, the spectacle of bullets flying everywhere is stunning. The O’Neill colony also makes for some stunning vistas for the brief moments out of battle when you are scrounging for weapons. Speaking of which, the “Tri-Weapon” DLC pack is also included, which gives access to three weapons: the Boost Machine Gun, the Anti-armor Pistol, and the Laser Cannon. While not a huge addition, these weapons add more ravaging power to an already devastating array of weapons. As for the game itself, I am not entirely convinced that it is the underrated masterpiece everyone claims it to be. Standoffish difficulty spikes, a confusing point system, a short length, and an insipid story are flaws too glaring to be ignored. All-in-all though, Vanquish gives worthwhile moments of distinctive visual splendor and badassery. 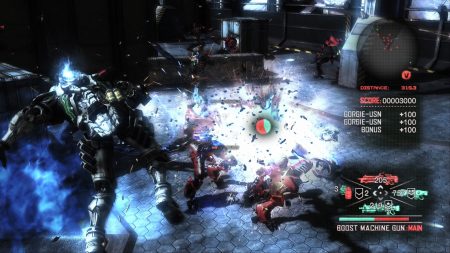 Why were two games of different genres put into a paired combo? Well, they share the same soul — that is, the same design philosophy. They are designed to progressively empower the player with deceptively complex combat and an elated feeling of finesse. While they both are examples of style over substance, Bayonetta and Vanquish act as prime examples of PlatinumGames’ unparalleled championing of fluidity in combat gameplay.

While they have both aged considerably, this bundle is packed with two of the most stylish games ever to grace the action genre. With 4K resolution and an ever-flowing sixty frames per second, Bayonetta and Vanquish can finally be played in their full glory on this generation of consoles.

Lorenzo is a 22 year-old Londoner and lounger. The mysticism of games criticism is his shield from any career that involves manual labor. Moreover, he wants to bring unique critical approaches to the realm of the Eighth Art. His favorite games include Red Dead Redemption and its sequel, Shadow of the Colossus, and The Last of Us.
Related Articles: Bayonetta, Vanquish
Share
Tweet
Share
Submit