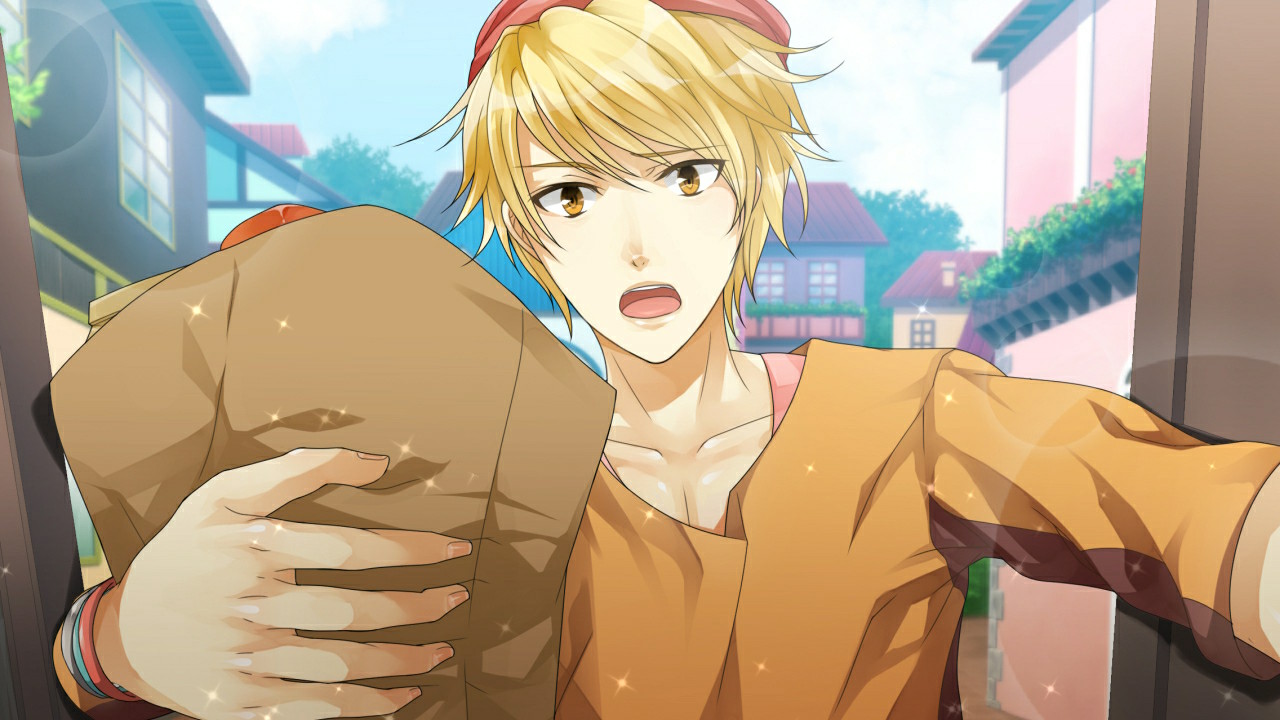 It seems we’re getting a ton of visual novel remakes these days, from Steins;Gate having an anime-centered current gen iteration with Elite to early 2010s visual novels like Jisei getting an HD re-release. Next on the block is ROSEVERTE’S How to Take Off Your Mask Remastered, which is a remake from a 2015 visual novel featuring the beginning of the Story of Eroolia. While there are some interesting lore details and character interactions within the title, I feel like this will only appeal for those hankering for a short otome on Switch. 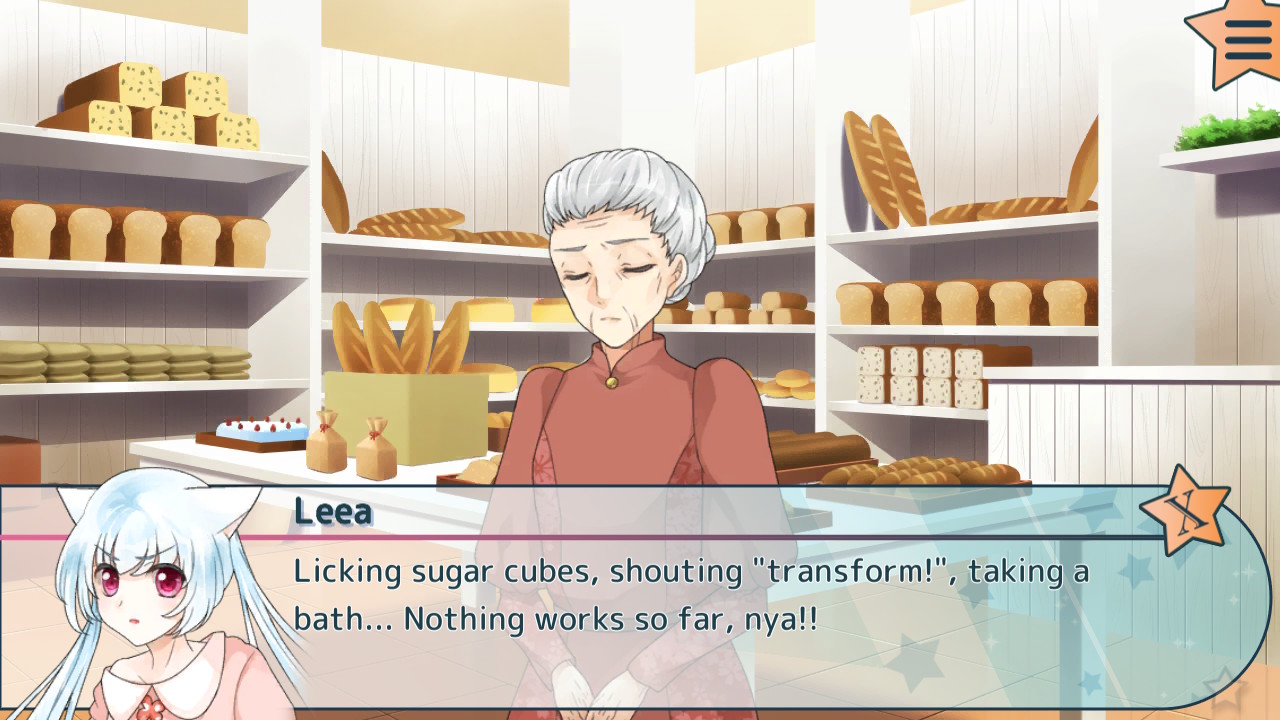 How to Take Off Your Mask Remastered takes place in the land of Eroolia, where the main character Lilia works under her grandmother in a humble bakery. She’s accompanied by mysterious moocher Juli and her childhood friend Ronan, both of whom have this “will they or won’t they?” relationship dynamic. A typical tsundere, she’s conflicted on how she feels about Ronan, but one day she suddenly turns into a catgirl. Well, the appropriate species in this universe is Luccretia, which is a half-human, half-cat hybrid. While there isn’t much fundamentally different other than cat ears and the tendency to purr, the species is ostracized and persecuted by those around them, mostly from the Exile Luccretia Movement roaming around.

In her Luccretia form, Lilia realizes her baker boy Ronan holds a secret too: He’s part of the City Guard! The story continues as both characters (as well as a few others) do their best to try and not reveal their true selves underneath their masks, while also navigating the prejudices the public has to the Luccretia species. 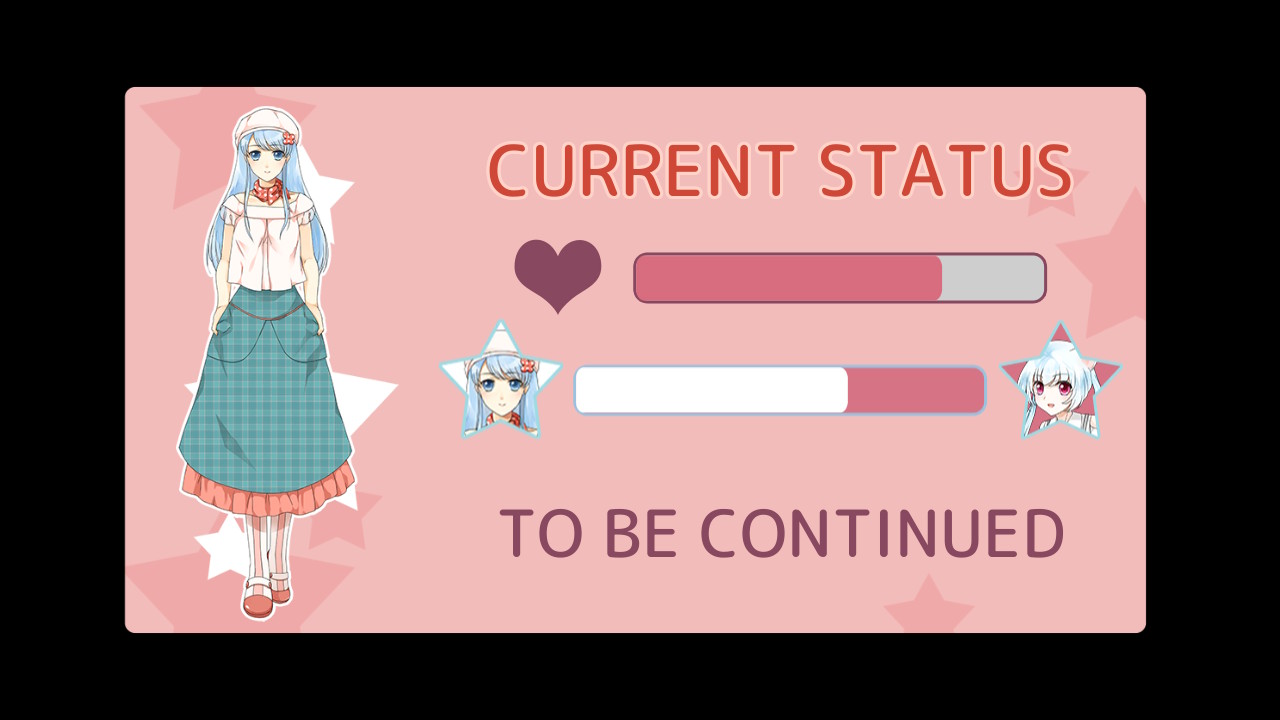 As this is a visual novel, there are different routes you can take, with the two main routes diverging based on choices you make in the beginning. Will you reject your Luccretia heritage and try to revert back to human form, or will you embrace your inner catgirl and save the day? Apologies if I make this sound more exciting than it is, but this is actually a romance visual novel, not a politically charged action-based one. There are tons of times where the situation between the duo is tense due to the fact that they’re on the run, but then it cuts to Lilia being immature and ogling Ronan while musing on her situation (or vice versa). The tone of the story feels very inconsistent throughout the chapters, especially if you’re choosing flags that cause your relationship to increase with Ronan. 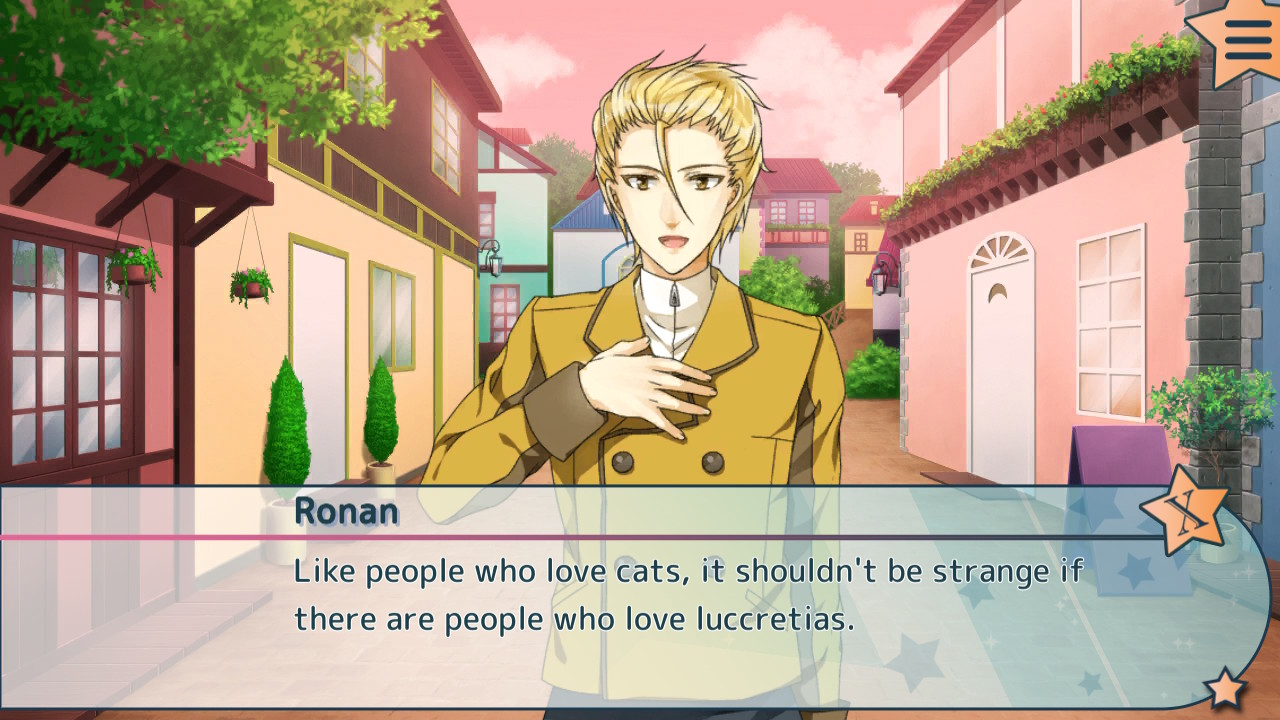 There are some cool ideas with tackling the Luccretia/human divide, but the visual novel is too short to go into this in detail. It feels like a prologue to events happening later in the series. Case in point, the only Luccretia you see is Lilia/Leea (based on human/Luccretia form; you can rename her, but the voiceovers default to these names), and there are only five named characters in the two-hour tale. There’s an E.L.M. Member that muddles things up as well, but there’s such a limited sprite set here. That said, the game is fully voice acted in Japanese, and the voice actors do a good job with the material they have here. It’s just a shame that it’s wasted potential. 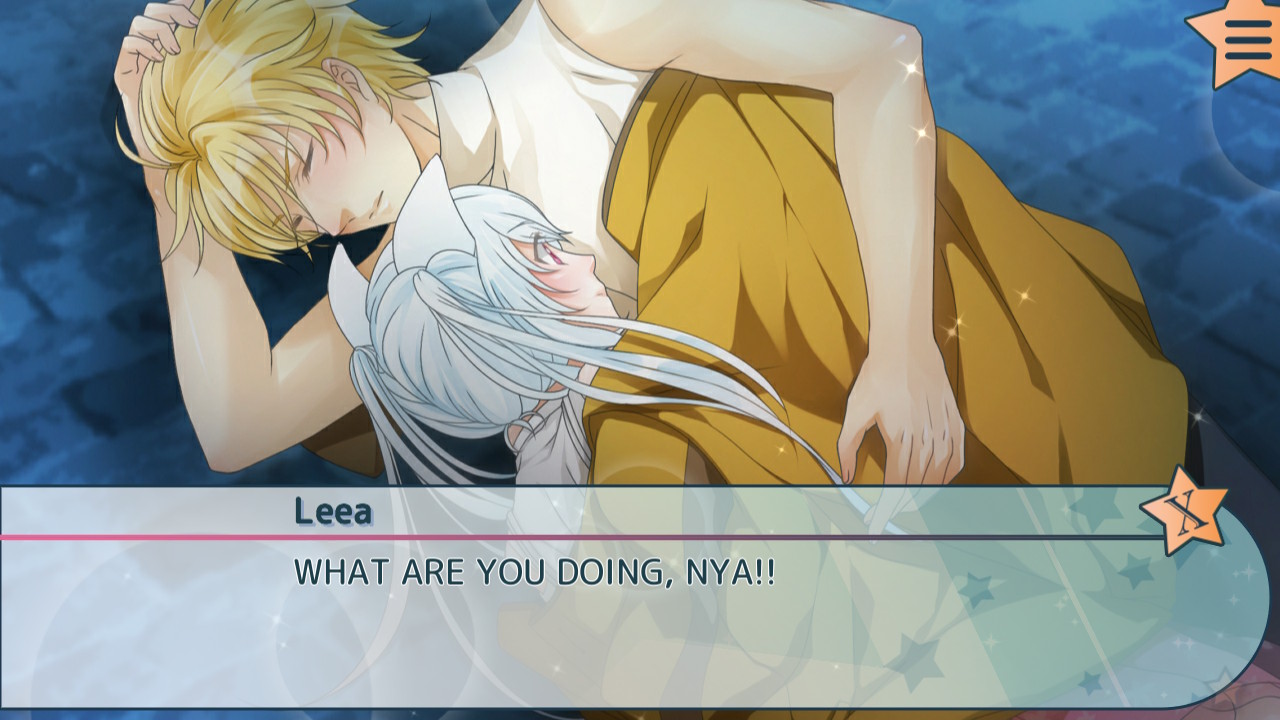 This remastered console version of How to Take Off Your Mask doesn’t seem to be much different from the original Steam release, which makes the $14.99 price point a bit too steep. The art style is hit-or-miss as well; it feels dated due to the fact that sprites are reused a lot, there are very dew backgrounds, and there are some zoom in effects that feel silly rather than tense. I’m not sure I’d recommend this as anyone’s first visual novel, nor would I say this is something that only niche fans could appreciate. If anything, it’s a middling otome that could act as a filler title for those waiting on better experiences.

How to Take Off Your Mask Remastered

How to Take Off Your Mask Remastered isn’t a visual novel that excels at what it does and acts as a prologue to a story that’s not quite there yet. It still boasts some nice voice work, and for those that like the romance interactions, can still provide a couple hours of entertainment.

Elisha Deogracias is an aspiring accountant by day, freelance writer by night. Before writing for Gaming Trend, he had a small gig on the now defunct Examiner. When not being a third wheel with his best friends on dates or yearning for some closure on Pushing Daisies, he's busy catching up on shonen manga and wacky rhythm games. Mains R.O.B. in Smash. Still doesn't know if he's a kid or a squid.
Related Articles: How to Take Off Your Mask Remastered, Indies
Share
Tweet
Share
Submit