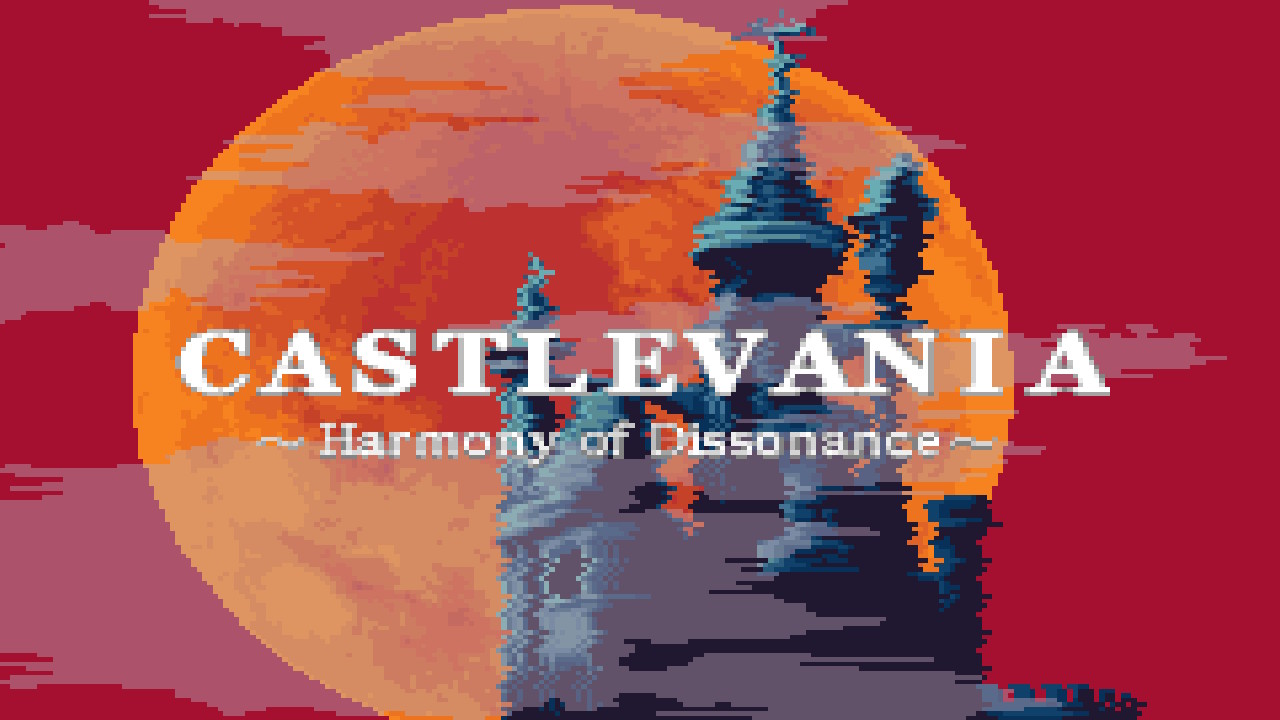 I’ve missed Castlevania. The Netflix anime was amazing and Bloodstained is a fantastic spiritual successor to the franchise, but there’s something about the mainline, 2D Search Action games that makes them feel special. I use the term Search Action here instead of Metroidvania because, well, we haven’t seen a proper entry in either series for so long and the latter isn’t the best description of the genre. Regardless, it seems like that lack of games from either series is about to change with the upcoming release of Metroid Dread and the game we’re discussing today: the Castlevania Advance Collection.

The Castlevania Advance Collection is a compilation of three GBA titles, Circle of the Moon, Harmony of Dissonance, and Aria of Sorrow as well as the SNES version of Dracula X for some reason, which is a remake of Rondo of Blood with quite a few differences. While all of these games are great in their own right, my favorite being Aria of Sorrow, as soon as I saw this was developed by M2 I knew I was in for a great Collection.

From the title screen, you can choose from any of the four games in addition to an art gallery, featuring the box art for each game in every region and some never before seen art, and a music player containing the full OST for every game. Once you’re playing a game, you can hold ZL to rewind gameplay, an always appreciated feature in retro games, or press ZR to bring up a special menu. Here, you can save or load at any time, save a replay of gameplay to be played later, adjust screen size and wallpaper, toggle High Quality Sound, rebind controls, view the credits or an encyclopedia of items, or toggle the Gadget Settings which will display if you’ve collected rare items like DSS cards of Monster Souls from an enemy you’re attacking. Some of these options are expected, like saving anywhere, but they really went the extra mile improving the original GBA sound quality and implementing the Gadgets for each game. It could be a hassle in the originals trying to get everything without a guide, but now it’s easy to simply farm drops you want without having to guess what enemies have what.

It might just be me, but the games also appear less washed out than their original counterparts. The GameBoy Advance didn’t have a backlight, so games often had to use brighter colors to compensate for this so as players could actually see what was going on. Regardless of if I’m imagining this, the pixel art looks fantastic in any of the screen modes you may choose (Standard, Pixel Perfect for the original resolution, and Full if you hate circles). 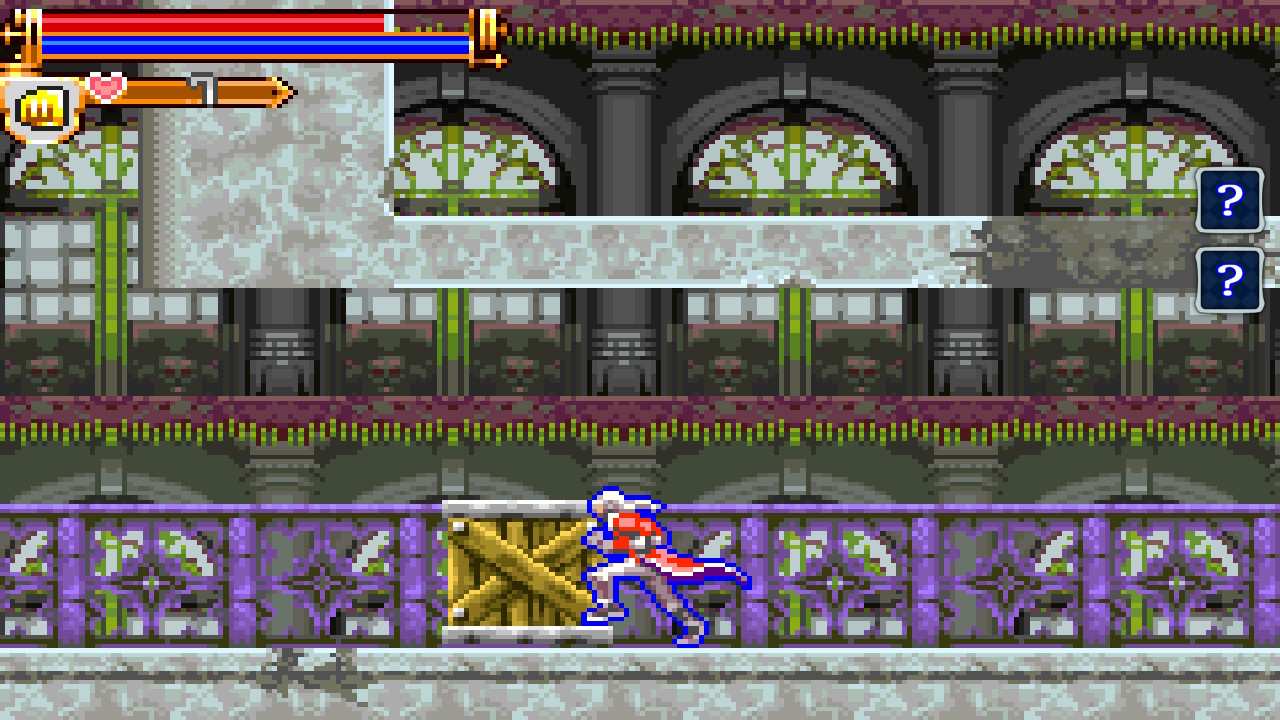 As for the game’s themselves, all three take after Symphony of the Night while Dracula X is the more standard, level based platformer like the NES original. Putting aside Dracula X for the moment, each game presents a new castle to explore and unique game mechanics to discover. Circle of the Moon has the Dual Set-up System, where you can equip pairs of cards dropped by certain enemies to produce different effects when you toggle them with the L button. Cards on the top row determine what part of gameplay is affected, like a passive buff or replacing your whip with a big sword, and the bottom row determines the attribute of that effect. With this system, you can create a massive amount of different gameplay styles like constant healing or a burning whip. While CotM can start out a bit clunky, once you have a few relics to give you moves like a double jump or dash and some cards to spice things up it becomes incredibly satisfying to play.

Harmony of Dissonance felt the most awkward of the bunch, but it is still a great game in its own right. Granted, it was the one I spent the least amount of time in, but the controls just never felt quite right. It’s gimmick has a great idea and has some cool implementations, but can also be a bit limiting. You see, in all of these games you can find a sub weapon, such as Holy Water or the boomeranging Cross, and use it by pressing up and B to supplement your standard whip attacks. HoD takes these and combines them with magic, essentially giving you access to many more sub weapons in one. The problem is that these can be very situational and makes me want to swap out sub weapons less. For example, normally the fist allows you to punch rapidly for some quick damage ahead of you, but when ice aspected it turns into a dash which can let you get some upgrades earlier than you’re supposed to. Since you have to find a sub weapon in the world to replace another, I became reluctant to swap from this combo because I wanted all the upgrades I could find. If you’re actively experimenting, I imagine the system would be a lot more fun so that’s what I would recommend. 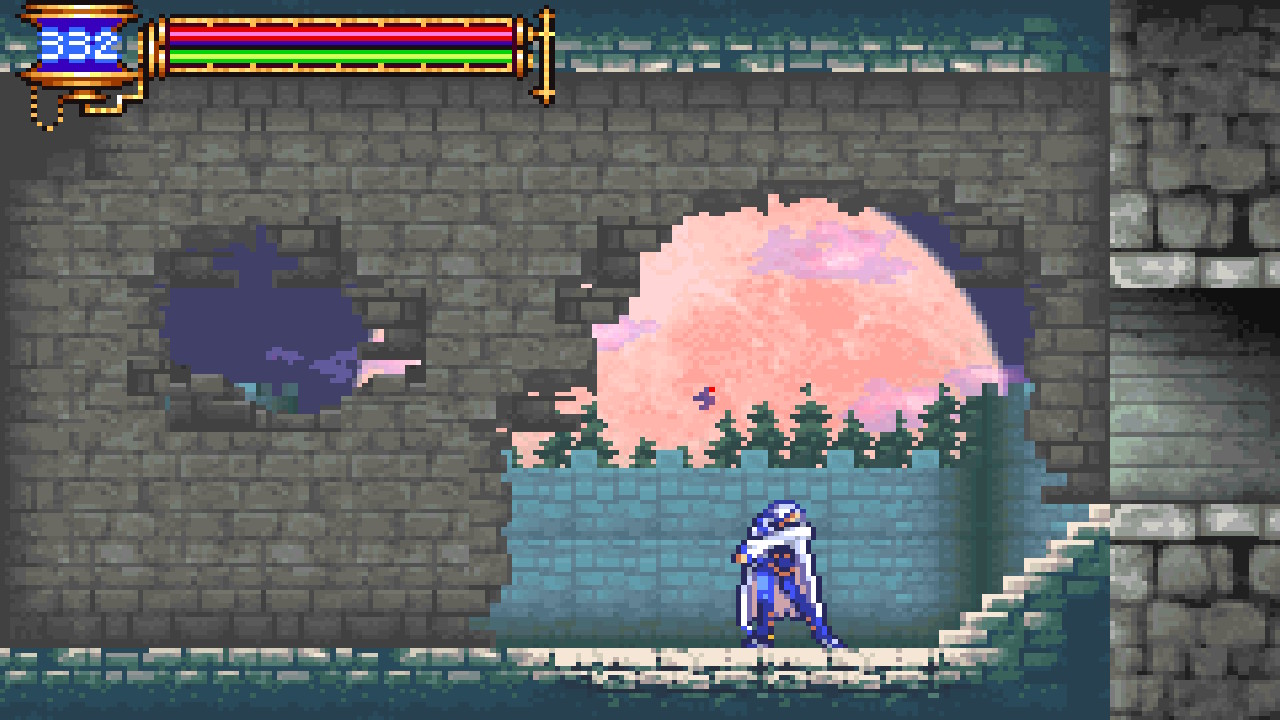 Last in the GBA trilogy is Aria of Sorrow, which changed things up tremendously. First off, your default weapon is no longer the whip; Soma starts off with a Dagger and can equip a variety of weapons as he explores Dracula’s Castle. If you’re familiar with Bloodstained’s Shard system, you’ll recognize an early version of that with Souls. Dropped by enemies, you can equip up to three souls at once with Red Souls replacing sub weapons, Blue having passive effects as you hold R, and Yellow granting stat buffs like being stronger against poison or having lower prices at shops. It can be a bit frustrating to be able to equip only one of each type, but this system allows you to greatly customize your playstyle to your liking. In my opinion, AoS also has the best story and world of the three.

While Dracula X may also be a good game, the linear Castlevania games just haven’t interested me as much as those coming after Symphony of the Night. They’re generally stiff, nail bitingly hard, and unforgiving which, with all that in mind, makes this version in this collection probably the easiest to get into. The ability to save, reload, and rewind allows any player to tackle each level at their own pace and practice without worrying about running out of lives. This might not be the “best” version of the game, but I’m still glad it’s being preserved like this, even if the lack of a 4:3 screen mode without scanlines vexes me. 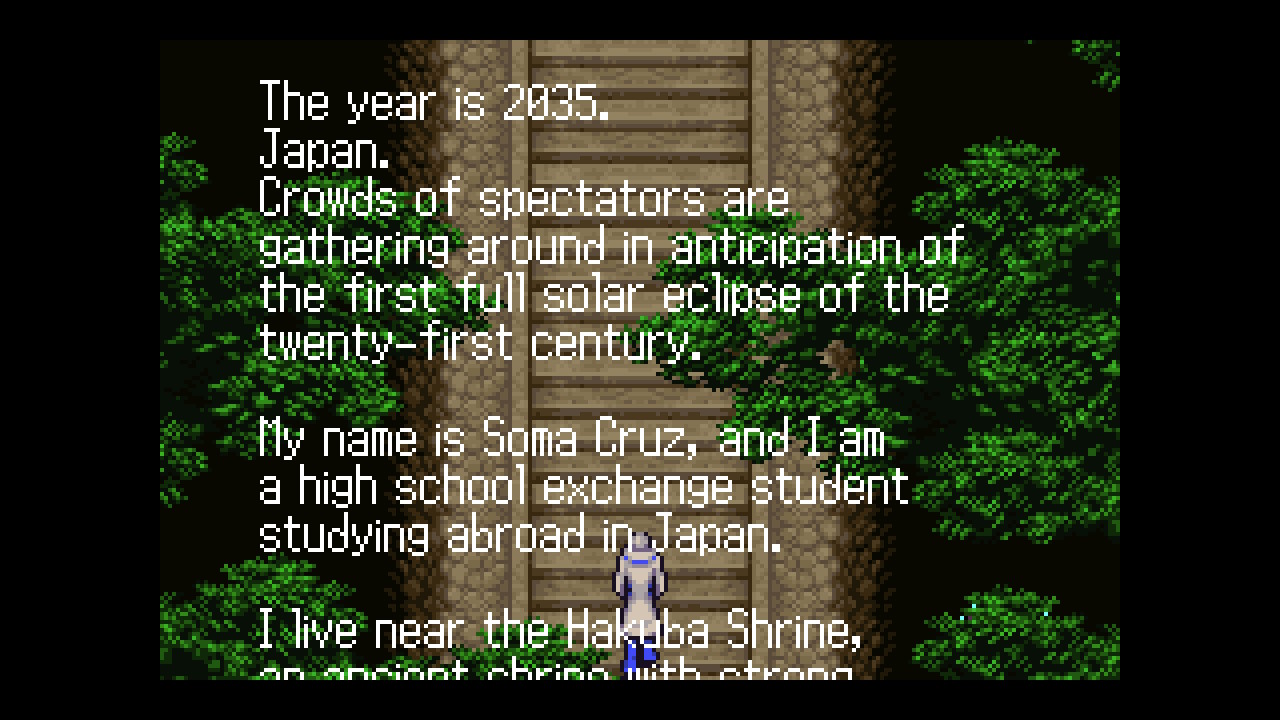 Lastly, while the music player contains the soundtracks for each game, the Gallery has a huge amount of art including packaging for each region (US, Japan, and Europe are all included, game versions and all), manuals, concept art, and more. It’s so massive in fact, that it can be difficult to navigate even with so many categories to look through due to how much is there. This really is a full featured package with everything about or relating to the games you could ever want. Let’s hope future collections, like the DS games, receive similar treatment.

Castlevania Advance Collection sets the standard for how older games should be preserved and presented to a modern audience. There are many quality of life features to make the games more accessible while keeping everything that made them special in the first place.

David is the kind of person to wear his heart on his sleeve. He can find positives in anything, like this is a person who loved Star Fox Zero to death. You’ll see him playing all kinds of games: AAAs, Indies, game jam games, games of all genres, and writing about them! Here. On this website. When not writing or playing games, you can find David making music, games, or enjoying a good book. David’s favorite games include NieR: Automata, Mother 3, and Gravity Rush.
Related Articles: Castlevania Advance Collection
Share
Tweet
Share
Submit