2D platformers have been incredibly popular ever since their creation decades ago. Even to this day, gamers just can’t get enough of them. This genre typically focuses on players running and jumping through various levels filled with obstacles, but what if there was a twist to that? Instead of the norm, what happens if your character automatically runs, and you have to press buttons to strategically stop them when needed? Peasant Knight answers those questions–with darn good answers at that.

Peasant Knight is a 2D platformer where you’re on a quest to defeat the evil wizard. The evil wizard has gained the ire of the king, so Peasant Knight takes it upon himself to deal with him. On this journey, you’ll face a myriad of obstacles, including gaps, laser traps, saw blades, orcs, and more. Getting hit by any of these things results in instant death. The upside is that since each level is isolated opposed to being part of a larger world or act, death only means restarting that particular level. Restarting the level is almost instant also, which is amazing. No loading means you get back to the action faster–which is something I can get behind. 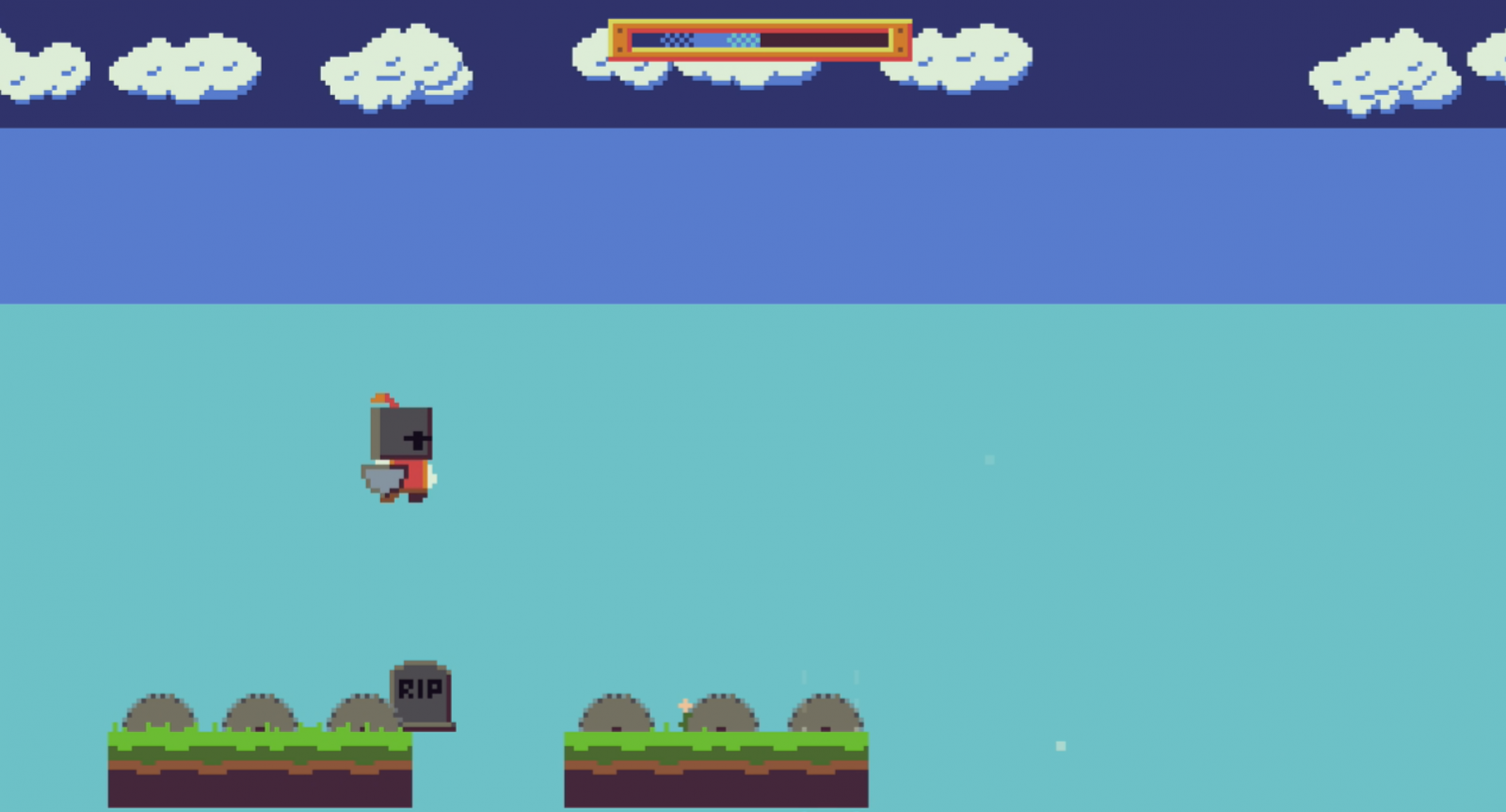 My favorite thing about the game is its fundamental concept: instead of moving with the stick, your character constantly runs forward and only stops when you hold the stick backwards. This means that you need to strategically plan your stops and jumps in order to avoid obstacles. You’re taught this early on with the laser traps; they trigger once you get close, so you’ll want to stop and then continue once the laser is gone. In early levels, the obstacles are easy to manage, which gives you time to get your bearings. As you progress however, the difficulty ramps up. More obstacles get introduced, and more complex combinations get created. Every level provides a fun challenge, although they can get a bit frustrating in some cases due to the placement of obstacles or the time limit.

If the obstacles weren’t enough, there’s also a timer for each level. As soon as the level begins, a meter at the top starts filling; sometimes it goes slower, other times it goes faster. If you don’t complete the level before the meter fills, you get electrocuted out of nowhere and die. My guess is that this comes from the evil wizard wiping you out because you’re not quick enough. Some levels have very short timers, so you’ll have to figure out how to move quickly. For example, one level requires you to jump over a moving stone in order to hit a button and make it back under that same stone to reach the exit portal within an extremely short time. I haven’t timed it, but it felt like I had less than twenty seconds to flawlessly pull that off. 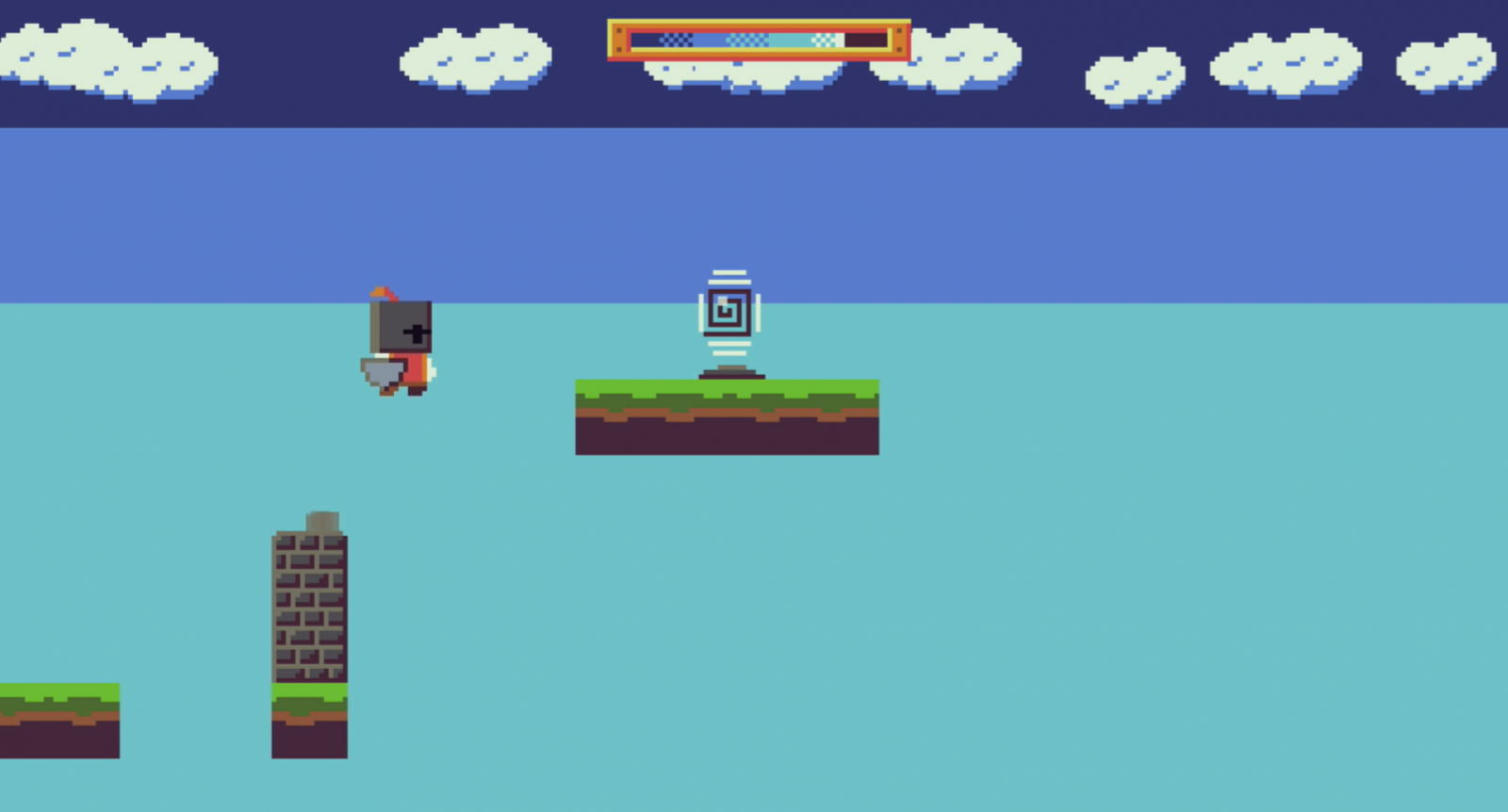 The gameplay itself is very simple, but learning to time your moves takes practice. The graphics give an old-school platformer feel, which means that they have a charm to them, but aren’t anything special. The sound design adopts a retro aesthetic also, which gave me even more nostalgia. Depending on how well you do, completing all 80 levels will only take about two hours at most. The levels themselves are short, so it’s entirely possible that you’ll complete the game much faster. That being said, for a little under $3, I’d say Peasant Knight is a treat for any fan of the 2D platformer genre. If you’re looking for some short yet sweet platforming action, you may want to check it out. Peasant Knight needs your help to defeat the evil wizard!

Peasant Knight is a nostalgic 2D platformer with a unique twist. Being tasked with strategically stopping while racing a time limit provides a fantastic challenge. The game won't take too long to beat, but boy is it a fun ride.

Codi loves to play video games and watch movies. He will watch almost any kind of movie just to experience them. His ideas take inspiration from the shows and movies he watches, and games he plays. He also loves a good pun.
Related Articles: Peasant Knight
Share
Tweet
Share
Submit