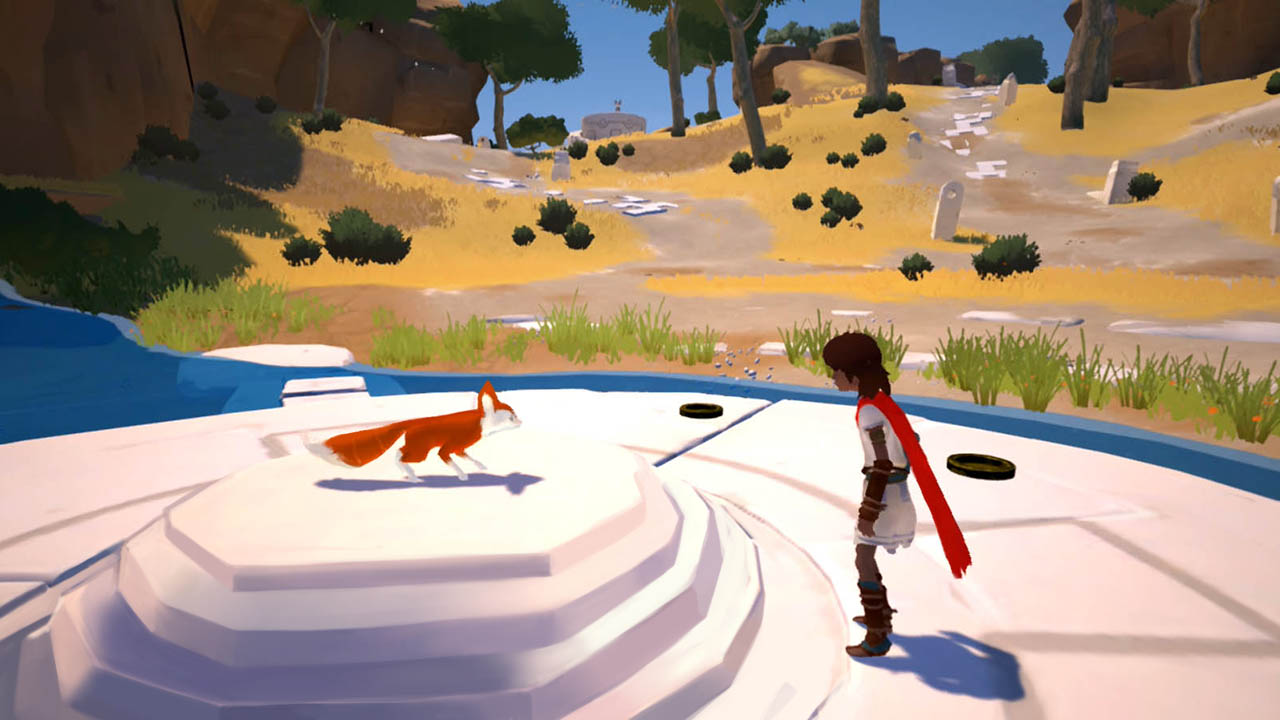 Ever since I got a look at the game at PAX South earlier this year, I’ve been in awe of the vibrantly colorful visual style of RiME, the aesthetic of the world, and the ICO-esque look of the game’s lead. It was extremely hard for me to resist getting the PS4 version when it launched this May – everything about it felt just perfect for the Switch, and so I held out, convinced that I was waiting for the ideal experience. Sadly, I couldn’t have been more wrong.

The content of the game –the story, the puzzles, the overall gameplay– remains the same from the prior release, and I largely agree with Travis’ assessment, though I may have enjoyed the puzzles a bit more than him. What holds this version back and makes the game near unplayable at times is the technical execution of the port. RiME is plagued with a horribly stuttery framerate, especially in the first half of the game that is predominantly set outdoors. Even when the game moves into smaller environments indoors, a sudden turn causes a horrible jitter. What’s worse, very obvious steps were taken to considerably scale back the graphics in an effort to mitigate how poorly the game runs, and it still isn’t enough. The lush, living island of the PS4 version is considerably more barren and still on the Switch. Backgrounds are severely blurred out, yielding a surprisingly short field of vision. Shadows dance around and look sloppy, making a level where you are forced to hide in them to avoid getting eaten by a bird-thing a hit-or-miss endeavor at times. Edges of walls are fuzzy, and the bright, vibrant colors that so impressed me at PAX South are considerably muted at times, and in fact, every time you run your character’s legs turn into an indecipherable mess of pixels, a jaggy impression of sandaled feet with almost no definition to them at all.

The Switch is undeniably a less powerful console than the PS4 that RiME was originally released on, but there is nothing visually there that gives the impression that it should require that much horsepower, and given how much was scaled back, just no excuse for it to be running this poorly. The performance and appearance of the game during the first hour I played it was so poor I nearly stopped playing it, and I likely would have if I didn’t have to review the game. The framerate of every cutscene during that first act was so choppy that it was hard to really understand what my puzzle-solving accomplished, much less follow the story. I want to say that it got better as I progressed further, but I’m not sure if that was the performance or that I just got used to it being bad.

I’m extremely glad I played through to the end, as the narrative of RiME is fantastic, with a gut punch of an end reveal that belies the whimsical look and feel that reeled me in to begin with. This makes the poor technical execution all the more frustrating – had it been better, or had I played it on the PS4, I might have considered this one of the high points in an already stellar year of gaming. Instead, I am left grieving what could have –should have– been.

Mike Dunn is the old man of Gaming Trend, having cut his teeth on Atari consoles and First Edition Advanced Dungeons & Dragons back in the day. His involvement with Gaming Trend dates back to 2003, and he’s done everything from design and code to writing and managing. Now he has come full circle, with a rekindled passion for tabletop gaming and a recent debut as Dungeon Master (nearly forty years after he purchased the original DMG).
Related Articles: RiME
Share
Tweet
Share
Submit