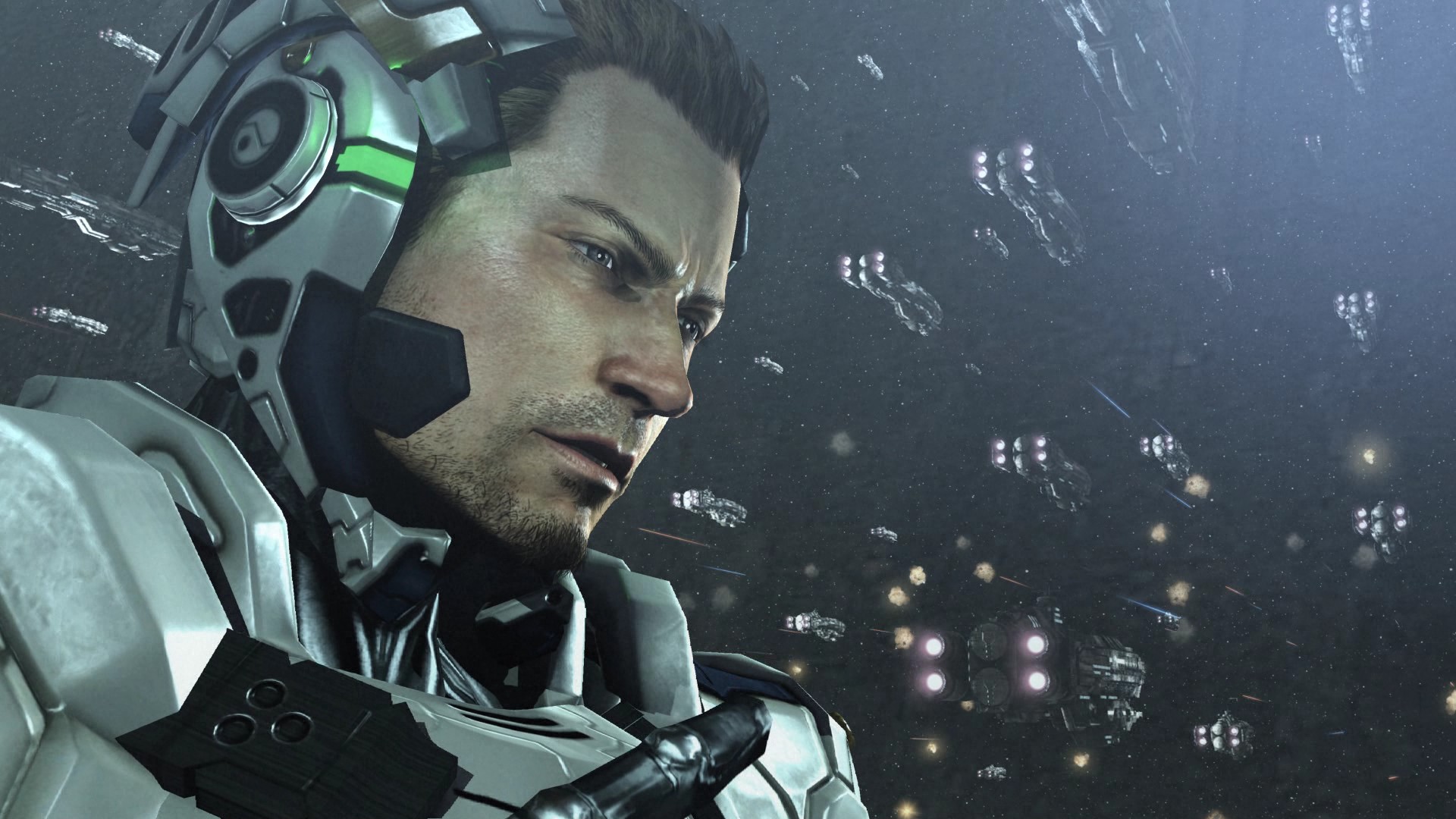 Seven years ago, Playstation 3 and Xbox 360 owners were given the chance to play a unique cover shooter: Vanquish. Unfortunately, for those dedicated to the ever expanding world of PC gaming, PlatinumGames Inc’s fast-paced third person shooter wasn’t available. Seven years later, Vanquish gets another chance to shine in the spotlight, this time running as smooth as butter as opposed to 2010’s chunky peanut butter.

When Vanquish, originally came out, it flew completely under my radar. I had never even heard of the game nor was I invested in PlatinumGames Inc’s high paced action titles such as Bayonetta. For those like me, let me give you a quick run (and gun) down of Vanquish.

Vanquish takes place in a futuristic setting where you play as a DARPA (Defense Advanced Research Projects Agency) agent equipped with an Augmented Reaction Suit. This suit allows you to use jet boosters to quickly slide around the battlefield, and an “augmented reaction” mode that can slow down time. You can also do a quick dodge out of the way of fire and slow down time in one place after dodging.

Your suit isn’t as overpowered as it sounds. If you use the boosters or slow down time for too long, your suit will overheat and you will need to wait for it to recharge. This means you’ll need to either save your energy wisely, or take cover as you overheat. Using these tools, you slide around the battlefield and take on almost-entirely robotic enemies while watching the backs of your fellow soldiers.

Vanquish gives you a rank at the end of the game for how well you perform. Killing enemies in certain ways or protecting your allies helps contribute to your rank. Of course, there are multiple difficulties to increase the challenge.

For as long as the game took to come to PC, it’s definitely worth it. While there was an initial bug causing players to take more damage on higher framerates, that was almost immediately patched and the game now runs smoothly. Initially, on consoles, Vanquish would have difficulties reaching 30 fps during large battles. Now, I haven’t seen a single drop in framerate from 60 fps during those same segments, and I was running the game with a GeForce GTX 750 (4GB RAM) and an Intel Core i5-4460 processor. This is definitely the best performing version of Vanquish, as expected of a port of a 7 year old game.

The game isn’t without its sins, of course. The story, like many other PlatinumGames Inc stories, was a little too campy for my liking. It deals with stopping a Russian madman from destroying New York from a high-powered Microwave satellite. For a game this futuristic, the story seems a bit out of place. Additionally, several moments of the game stopped the action to show your character doing an impressive stunt that you wish you could have done in the game yourself.

Another unfortunate point is the upgrade system and weapons. There are 13 weapons (including 3 weapons previously only available as DLC) and all can be upgrading by finding upgrade cubes dropped by enemies or picking up a copy of a weapon with full ammo. There were interesting weapons such the LFE Gun which shoots a bubble of energy through cover, a Lock-On Laser and, my person favorite, the Laser Cannon, which uses your AR meter instead of ammo. Each of these weapons have positives and negatives depending on the situation (shotgun for close range, sniper rifle for long-range, etc.), but they are found in crates at random. If you die during a boss fight, you can’t expect to find those same weapons in the crates in the room, sometimes causing the fight to be luck-based.

Finally, the game is incredibly short. It can be completed in around 5 hours on the easiest difficulty. With this and the score system, it makes the game feel almost arcade-like in presentation. Besides getting a better score or challenging yourself on higher difficulties, Vanquish doesn’t offer much in terms of replayability. There aren’t secret collectibles and there isn’t multiplayer. It’s a straight shot to the end.

But that doesn’t stop players from finding new techniques in the game. It’s PlatinumGames Inc after all, and what would it be without a little tech? For example, you can throw a grenade, slow time, and shoot the grenade as soon as it reaches a group of enemies to instantly detonate it. This prevents enemies from reacting to the grenade when it hits the ground. You can also slow down time as you’re using your boosters, allowing you to blast away enemies as you run to your next cover spot.

In the end, Vanquish is brought to a new audience in extremely smooth presentation. If you haven’t played it yet, now is the perfect time to give it a shot.

Vanquish gets another shot at the limelight fixing its presentation flaws from the first time it was released. With possible 4K resolution and an unlocked, constant frame rate during its high paced action sequences, the PC version of Vanquish is the definitive version.

Sean Anthony likes to combine two of his passions: gaming and writing. Gaming has been a huge part of his life ever since he played his first game as a child, Kirby's Adventure. He aspires to have his name attached to an article that makes the whole world go, "Huh, that's neat, I guess."
Related Articles: Vanquish
Share
Tweet
Share
Submit