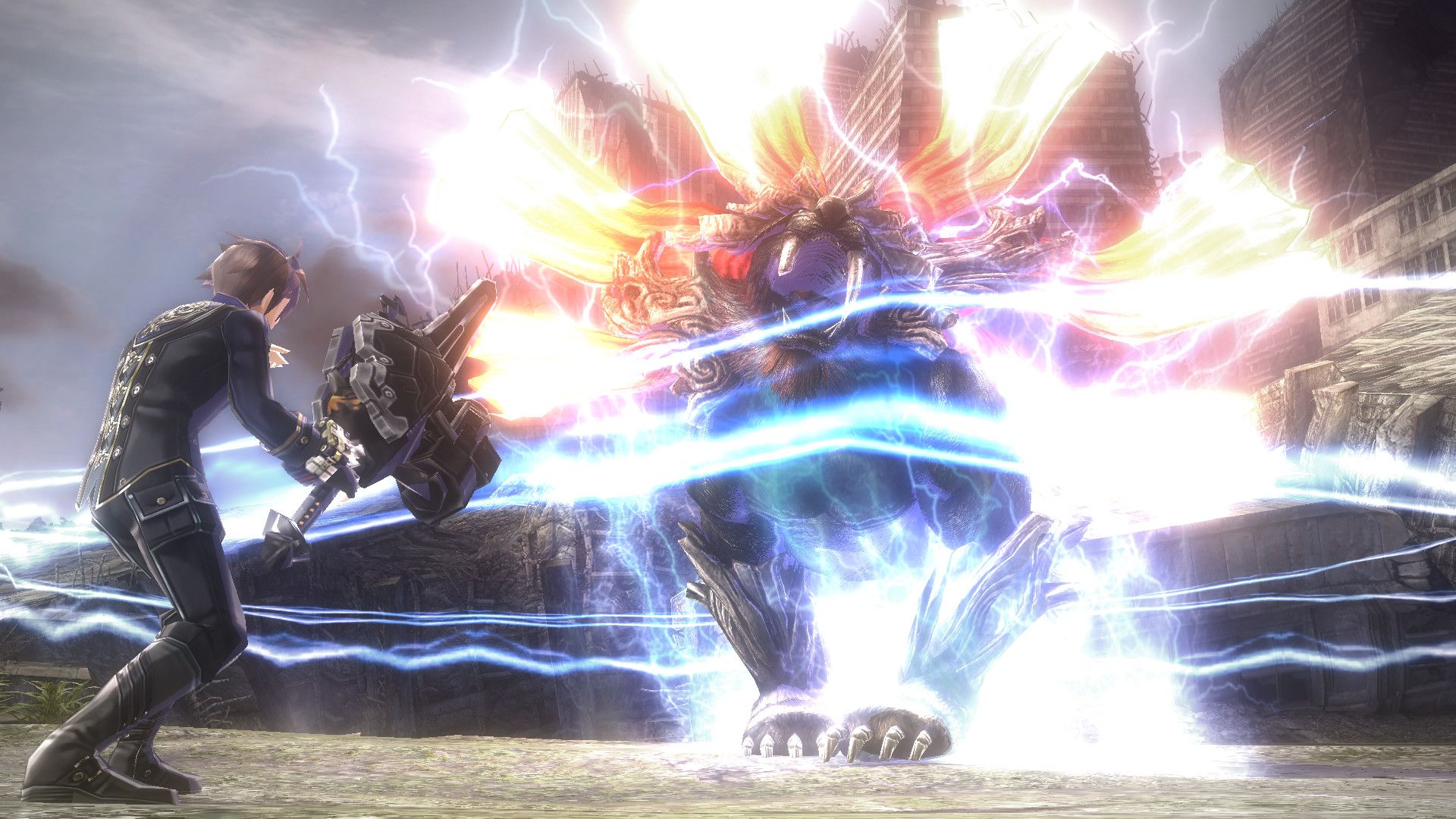 God Eater 2: Rage Burst is a remake of the cult-classic PlayStation Portable JRPG, and while it makes the jump to the PlayStation 4 fairly well on the technical side, it’s still plagued with a lot of problems from the original. Fans of the series will be pleased at the amount of new content this updated release has to offer. However, newcomers might be turned off by a lot of issues with the game’s story, as well as repetitive levels and a host of other issues.

In this game, you play as a member of an elite task force called “Blood,” a subdivision of the omnipresent Fenrir Corporation. In the post-apocalyptic world of God Eater, a strange phenomena called “Oracle Cells” have led to the creation of powerful beasts known as Aragmi. The beasts have pushed humanity to the brink of extinction, and you are part of humanity’s last hope. This premise, while not completely original, is compelling enough to differentiate God Eater 2 from its peers, and there’s a lot of world building to go along with it. The game goes to great lengths to demonstrate that humanity is in its darkest hour.

Despite the premise, the characters that you’ll be stuck with for the rest of the game are a bit of a letdown. Most feel like stock RPG characters, and despite having numerous missions based on each one, they never seem to grow or change in any way. If you’ve ever watched any action anime, you’ll be able to figure out each character’s personality from the first glance. In a game about the destruction of the world, a setting that’s great for deconstructing human behavior, this is a huge disappointment.

At its core, God Eater 2: Rage Burst is a monster hunting game, in the same vein as, well, Monster Hunter. You’ll need to find and kill a variety Aragami, all of which have fairly memorable designs, with the help of your “God Arc,” a transforming weapon. Combat feels snappy and fun, helped by the variety of powers and items which you can use to trap and hunt your prey. Another fun addition to combat is the ability to bite off pieces of Aragami with your God Arc and steal their powers to use against other foes, which adds to the chaotic melee.

As solid as the combat is, the levels quickly get repetitive. The levels, spacious as they are, are reused frequently, with slightly different enemy patterns. Missions try and change things up, such as adding ambushes, different enemy types, and other challenges, but you’ll still end up in many of the same arenas fighting the same Aragami. If you’re a fan of hunting RPGs, you’re probably used to a bit of grinding, but there’s still quite a lot here. The extra missions, however, will please a lot of fans of the original game, and add a lot to the later stages.

Another major criticism is the game’s audio quality. While the dubbing is adequate, certain characters have much better quality audio than others. One major character in particular had a strange echo whenever he spoke for the first few levels, something that only became more noticeable when other characters were able to speak much more clearly. This seemed to be present only in the early stages of the game however, and these issues decreased as time went on.

With that exception, the game works great on a technical level. While console ports of portable games have a tendency to look boxy and low resolution, the textures show a lot of detail, and overall it’s a good looking game due to the cell-shaded art style. A few objects, namely one character’s veil, are a bit difficult to see at all, which seems to be a difficulty the game has with semi-transparent objects. A few attempts to utilize the PS4’s features, such as the speakers in the controller, don’t work particularly well, but there are options to turn them off.

Depending on your preferences, God Eater 2: Rage Burst is likely going to be either everything you love about JRPGs or everything you hate about them. While it sports an incredibly deep combat system, fun and complex hunting gameplay, and a lot of personality, it suffers from a lot of technical issues, repetitive grinding, and a cliched story that follows a two dimensional cast.