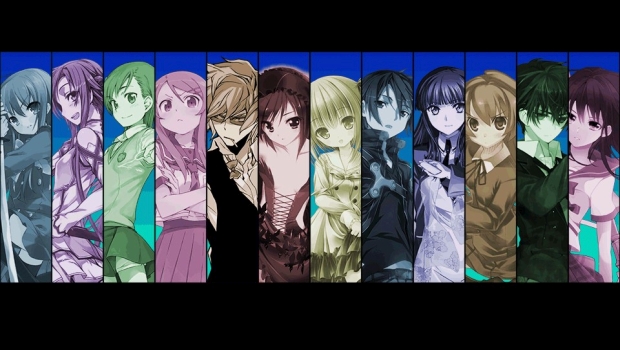 All-star fighting games are nothing new to the genre, because they’re fairly easy to conceive and create. Take any number of cameo characters, define their fighting style (create one if necessary), and toss them in the ring. It’s wacky fun, but the problem is that the end result isn’t always solid. There’s been plenty of great “what-if” fighters, from the lauded Super Smash Bros. to the crossovers of Marvel vs. Capcom. Yet there’s also the bad ones, those that seem to just be there to cash in on a franchise’s fame and result in little more than a button-masher.

I’m happy to say that Dengeki Bunko Fighting Climax is not a blatant take-the-check-and-run fighter, but I’m also wary to say it manages to reach the heights of better fighting games. There’s plenty here that’s interesting and there’s some clear love put into different facets of each combatant, but a lot of the game seems thin, barely sustaining itself. It’s like a stained glass window – it’s really wonderful, provided you don’t push back too hard.

Finishing moves are pretty flashy and fun to pull off.

Combat is actually fairly simple, something that Fighting Climax prides itself on. Three attack buttons for light, medium and heavy, along with a button for calling in your selected assist character to help. Easy, right? There’s also bursts, which allow you to either break an enemy’s combo a la Killer Instinct, or knock them back to fill up your Climax bar faster. You also have a special move, tied to your L-button, that’s metered by little lightning bolts; but after 30 hours of play I couldn’t tell you how they’re measured or doled out, just that they meter a certain special attack for most characters.

All inputs are simplified down to their easiest possible execution through one simple, blanket rule. Every character has a number of special moves, all either used with a combination of two attack buttons, or a quarter-circle attack either forward or backward. The two Climax Arts are half-circle attack inputs, differentiated by whether you half-circle forward or half-circle back.

The net result of these changes means that you spend less time memorizing inputs, and more time analyzing just how your moves interact with characters. It was refreshing entering a fight and not having to learn several new pages of inputs just to feel competent with my fighter. I spent less time reading, more time fighting, and especially on the Vita’s D-pad, the simplified inputs were a welcome and refreshing change. Each character was able to shine not through their individual inputs, then, but through the moves they could execute.

The all-stars of Fighting Climax all hail from different light novels under the Dengeki Bunko banner, though many you’ll likely recognize from their anime adaptations. Kirito and Asuna of Sword Art Online are clearly billed as the poster children of the game, though several other heavyweights make an appearance. Kirino from Oreimo, Misaka from A Certain Scientific Railgun, Kuroyukihime from Accel World, and Shizuo from Durarara!! (I wasn’t that excited about Shizuo, that’s just how Durarara!! is titled.)

Even through extra characters and supports, there’s a huge cast. Virtua Fighter’s Akira and Valkyria Chronicles’ Selvaria, Holo from Spice and Wolf, Boogie Pop, Kino of Kino’s Journey… if you’ve been at least tangentially aware of major anime releases in the past five or so years, you’ll recognize at least a decent number of these contestants.

With each fighter, you can employ a number of attacks that all resemble their fighting style and often recreate a famous scene from their respective works. Kirito opens a menu and pulls out his second sword with his L-special. Miyuki’s magic is all the same frost magic she employed in her light novels. My personal favorite was Misaka using her trademark coin to blast a gigantic laser at her enemies, as it looked like it was pulled right out of the anime.

Each fighter utilizes their signature style, like Misaka’s electric attacks.

In practice, each fighter feels functional and unique, but there’s definitely a hierarchy among the different combatants in terms of viability. Certain fighters excel at certain ranges, but some can end up feeling incredibly cheap. Kuroyukihime’s ability to spam screen-length projectiles led to a lot of slowly poking enemies down from a distance, while Asuna’s ability to keep opponents just out of reach with her quick jabs is unparalleled. Some fighters are just inherently better than others – a sad fact, but one you probably won’t encounter or be too frustrated by unless you’re fighting a friend or online.

When you’re not fighting a person, though, you can take on the computer in training, Vs., or one of the two story modes available. Arcade is your standard slog through the roster followed by a boss fight, complete with big bad to fight and some dialogue to carry the loose narrative between fights.

Dream Duel, a new addition to this version of the game, is a much more interesting component. Dream Duel is once again a series of fights, but these are against predetermined fighters, and you actually have a conversation with them before the fight. It’s cheesy, but seeing these fighters from different universes have little chats and make in-gags about their series was pretty interesting. I’d be more interested if I had a more vested interest in any of the series, but it’s something I would love to see in other crossover fighters.

Dream Duel is made up mostly of short vignettes between the fighters.

Completing Dream Duel unlocks a character’s info page for you to peruse, where you can spend hard-earned CP from won fights and cleared Arcade runs on voice tests, new color schemes and key visuals from the different Dengeki light novels. Most of those visuals amount to fan service, but it’s (for the most part) tame and keeping in the spirit of celebration. You can also check out the covers that inspired the characters’ in-game appearances, which is really great – there’s some artwork in these LNs that have translated wonderfully to the in-game art.

So Fighting Climax paints a pretty picture – an above-average fighter that properly celebrates its source material and is pretty fun to pick-up-and-play. The hitch comes in that all that content seems exciting at first, but fades fast; it really isn’t difficult to collect all the little pieces of side-content scattered throughout the menus, and it isn’t particularly fulfilling either. Color swaps are nice, but full-on costumes would have added a lot. Unlockable fighters would have too, as while the support lineup is fairly expansive, the main roster could do with a couple more fighters. It isn’t a particularly deep fighter, as you’ll learn the most effective strategies for each character and learn how to game the CPU pretty fast. It’s a fairly fun single-player experience, but that fun fades fast, and once it’s gone you’re left wanting more and getting nothing.

Characters like Holo are fun additions to round out the support roster.

If you’ve watched these anime series or read the light novels, and would just love to see Misaka team up with Celty to fight Kirito and Holo, then this game will likely go above and beyond your expectations. It’s a great handheld fighter that knows to simplify the mechanics a bit to make the form factor fit, yet keeps a fairly interesting battle system intact for you to explore and enjoy. It just doesn’t garner the same feeling of “fight school” deep-diving I get when I play more polished fighters. There was no move I wanted to spend days learning the mechanics of, no real attachment felt to any one style or character, just some blissful “what-if” matchups that kept me occupied for ten to fifteen minutes a pop. It’s a bubblegum fighter, one that’s significantly enjoyable, but you won’t savor the chew after the bubble pops.

Dengeki Bunko Fighting Climax crafts a crossover fighter that's extremely enjoyable and faithful to its series, but lacks the depth of polished fighters to garner any long-term attachment. Play for the fun, but don’t expect to lose yourself in it.