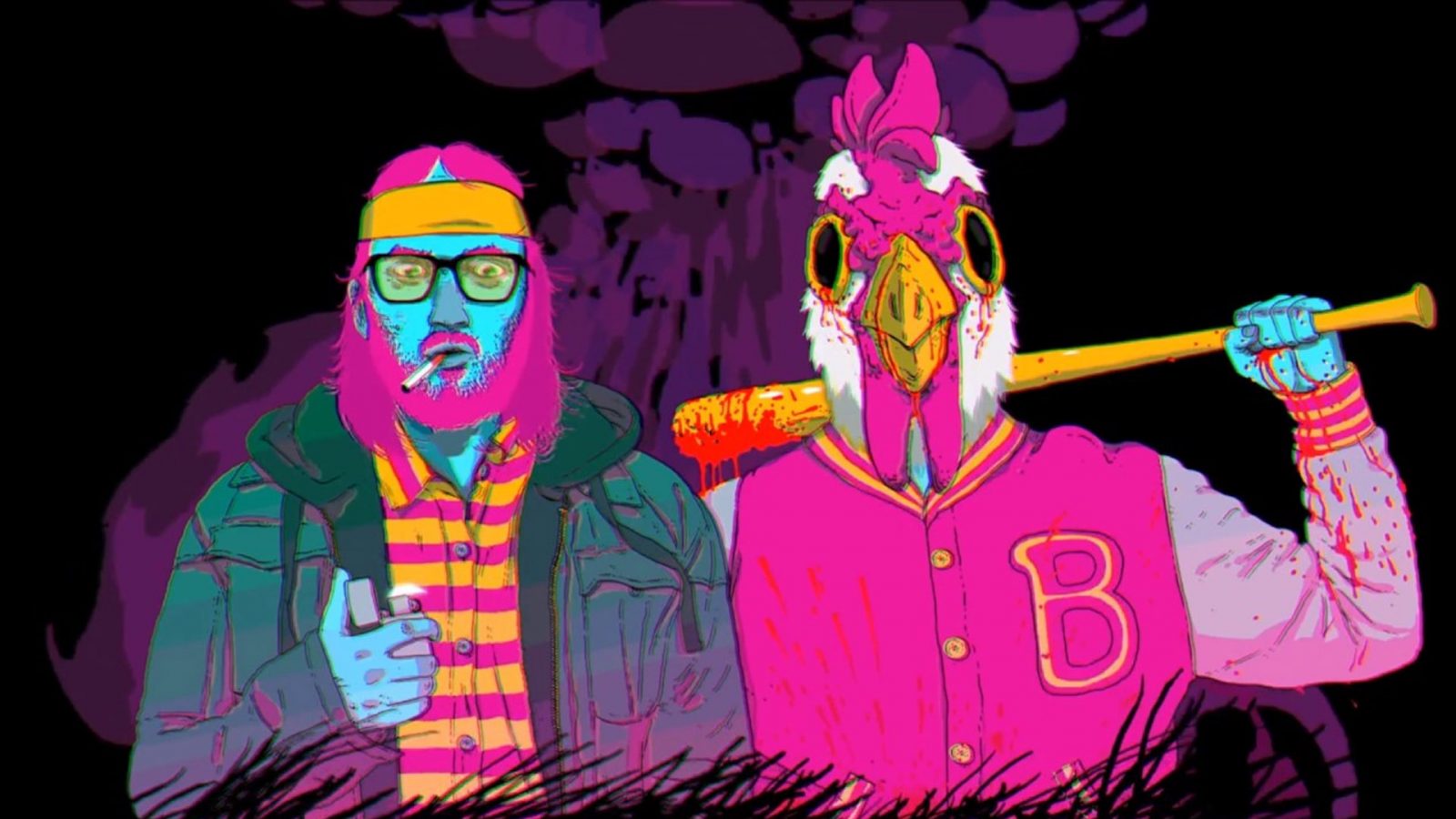 Devolver Digital brings the cult classic Hotline Miami and its sequel Hotline Miami 2: Wrong Number, to the Nintendo Switch under one package. The games look fresh and are as frustratingly addictive as ever, with soundtracks that accent their gritty punk atmospheres. Both games are presented in a top down view of a retro 16-bit Miami Florida, where players assume the role of killers in animal masks. With minimal health and the odds against them, players must rely on their quick wit and twitch reflexes to defeat the hordes of enemies in their path. 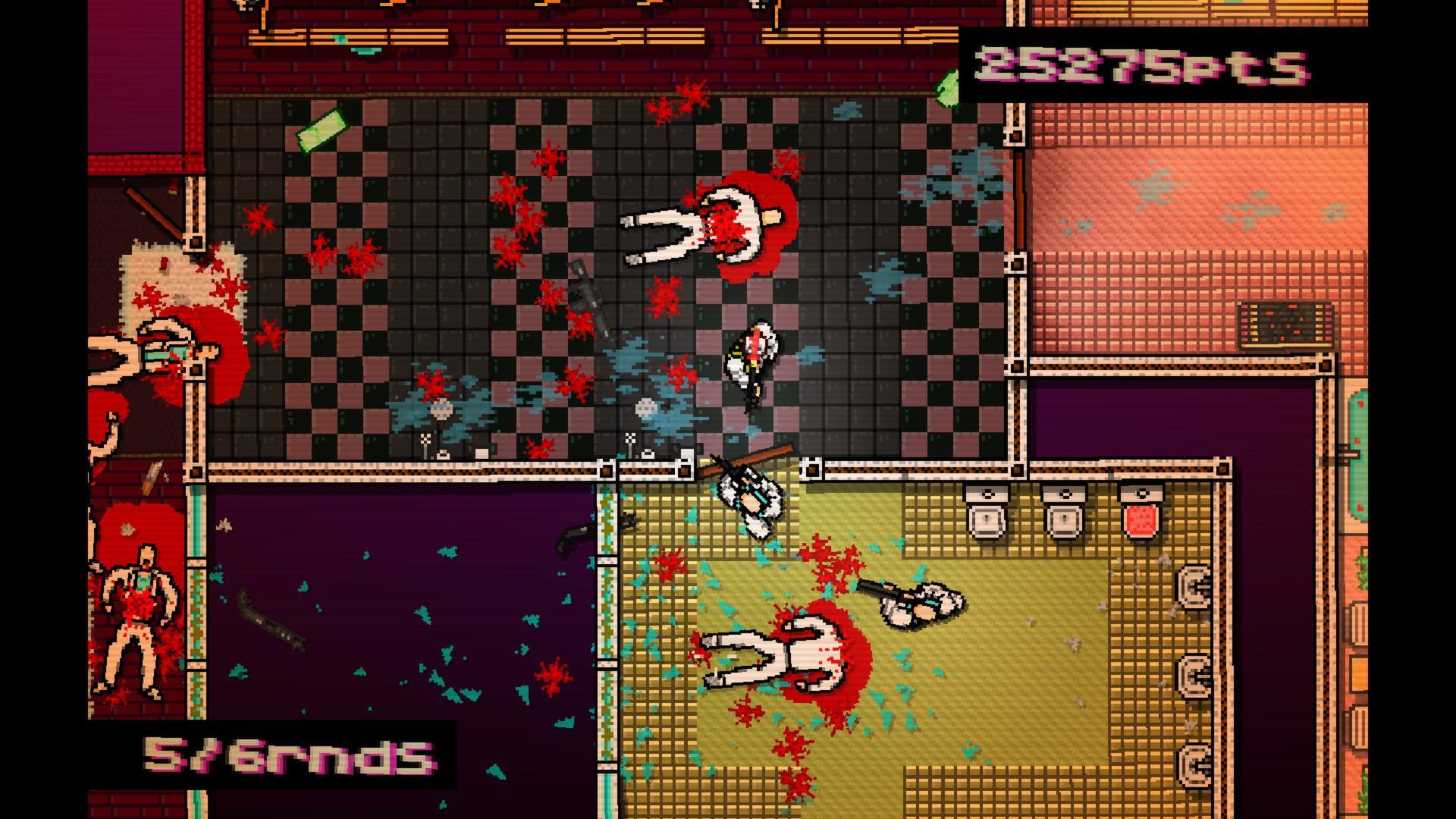 The original Hotline Miami focuses on a silent protagonist dubbed “Jacket” whose life is turned upside down by a series of bizarre cryptic phone calls. Jacket goes through with the caller’s biddings, leaving blood on his hands and a reputation of infamy that bleeds into the sequel. In Hotline Miami 2: Wrong Number, Jacket’s murderous crimes are romanticized by the media, getting a slasher flick film adaptation and inspiring the motives of an ensemble cast of villainous fans. Hopping between Hotline Miami and its sequel is almost seamless, as both games have nearly identical gameplay and visuals. 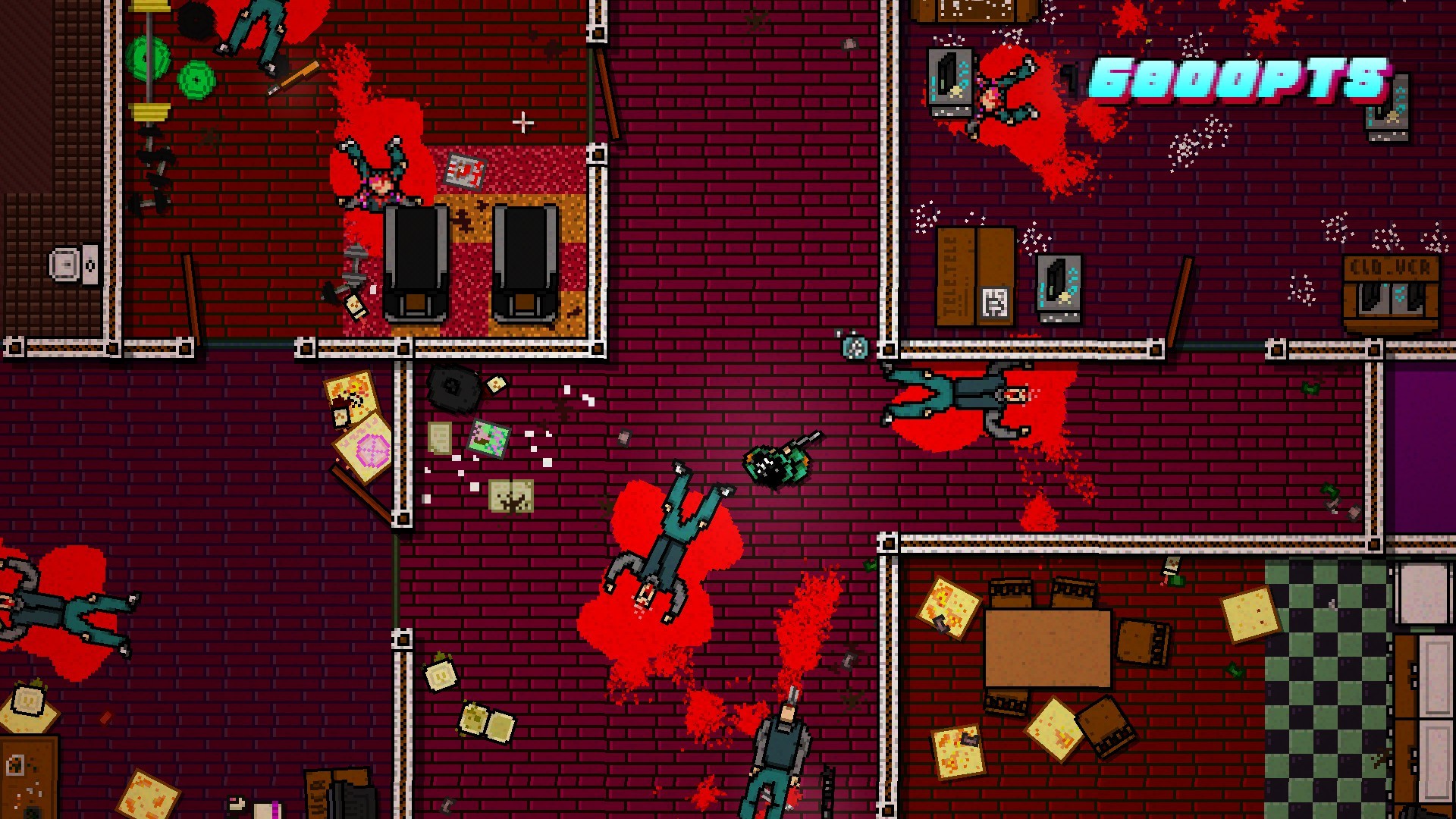 While there are a plethora of weapons at your disposal, stealth is the encouraged play style. A sandbox of unlockable weapons and masks keeps the gameplay fresh and encourages outlandish combat and risky maneuvering in order to reap more rewards. Each mask has a unique ability, and maps contain a variety of melee weapons and firearms, with the latter being louder and every gunshot notifying enemies. I favored the “Tony” mask, a tiger head that granted the user lethal punches, killing enemies with a quick decisive blow. 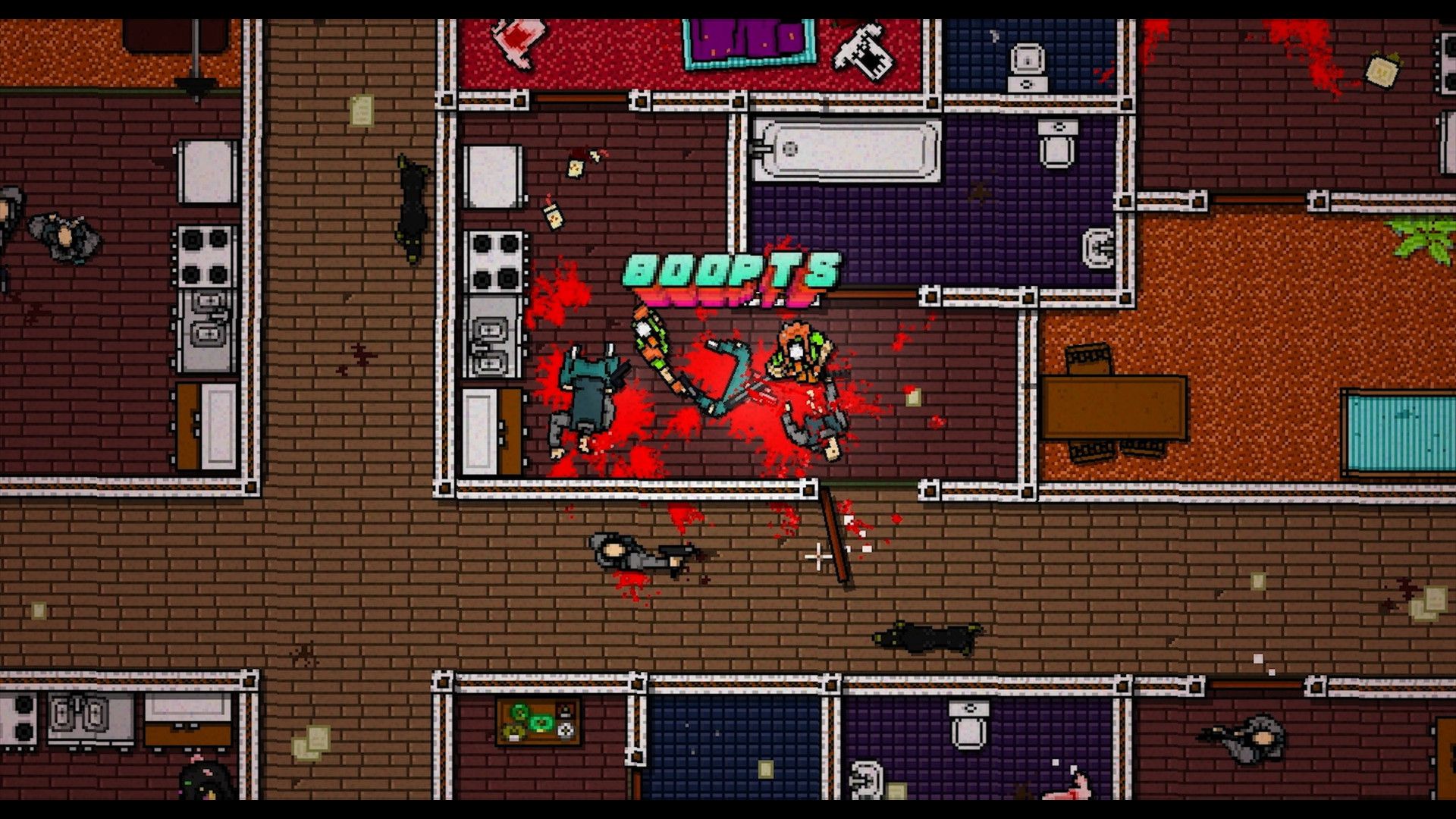 The soundtracks are the real stars of the show, with synth and bass dialed up to ten. The moody electronic dance music pairs perfectly with the adrenaline pounding action the series is known for. Featuring the likes of an ensemble cast of artists, from Magic Sword to Scattle, results in a captivating soundtrack that is atmospheric as it is iconic. I often times find myself listening to Hotline Miami’s music even when I’m not playing the game. 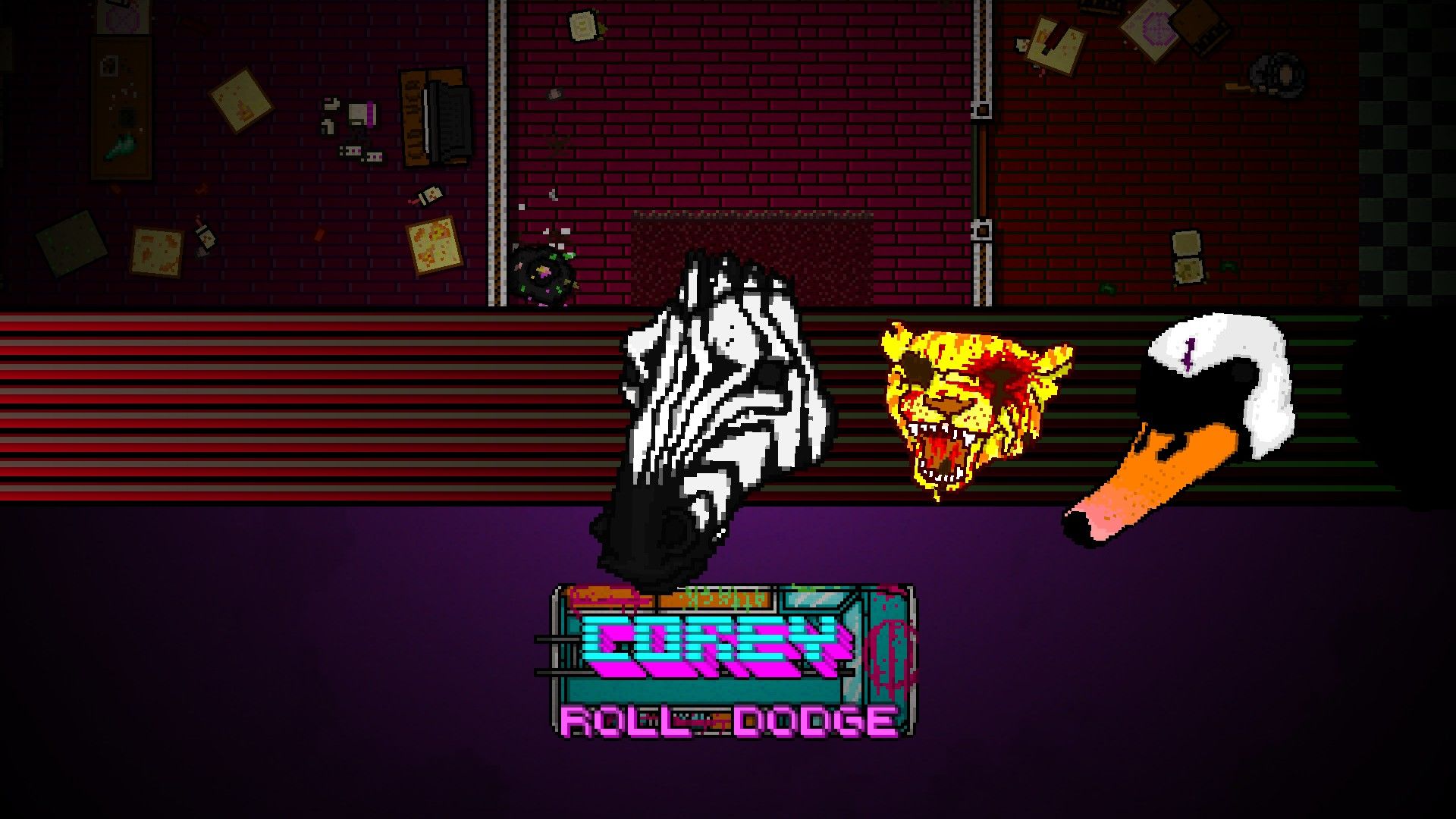 While I’m partial to the tried and true Switch Pro Controller, the bitter sweet tenacity of the game’s difficulty makes the Switch’s handheld portability very appealing. When stuck on a difficult level, I often rocked the joycons and brought the electronica bloodbath with me on my commutes. Visuals are as crisp as they were when docked, and feels natural to play the games in this state.

With satisfyingly difficult gameplay and a soundtrack that steals the show, the Hotline Miami collection is a double feature that offers much replay-ability. While the sequel is more of the same gameplay wise, it expands the series lore and introduces new characters and concepts. The games run smooth on the Switch's hardware and the console's portability makes this the ideal way to play Hotline Miami.

Griffin enjoys all things of the macabre and unordinary. When he's not playing video games, he can be found slinging bowls of ramen at the ramen shop he works at. Smash Bros. is his favorite game, and Griffin is a tried and true Link player.
Related Articles: Hotline Miami Collection
Share
Tweet
Share
Submit