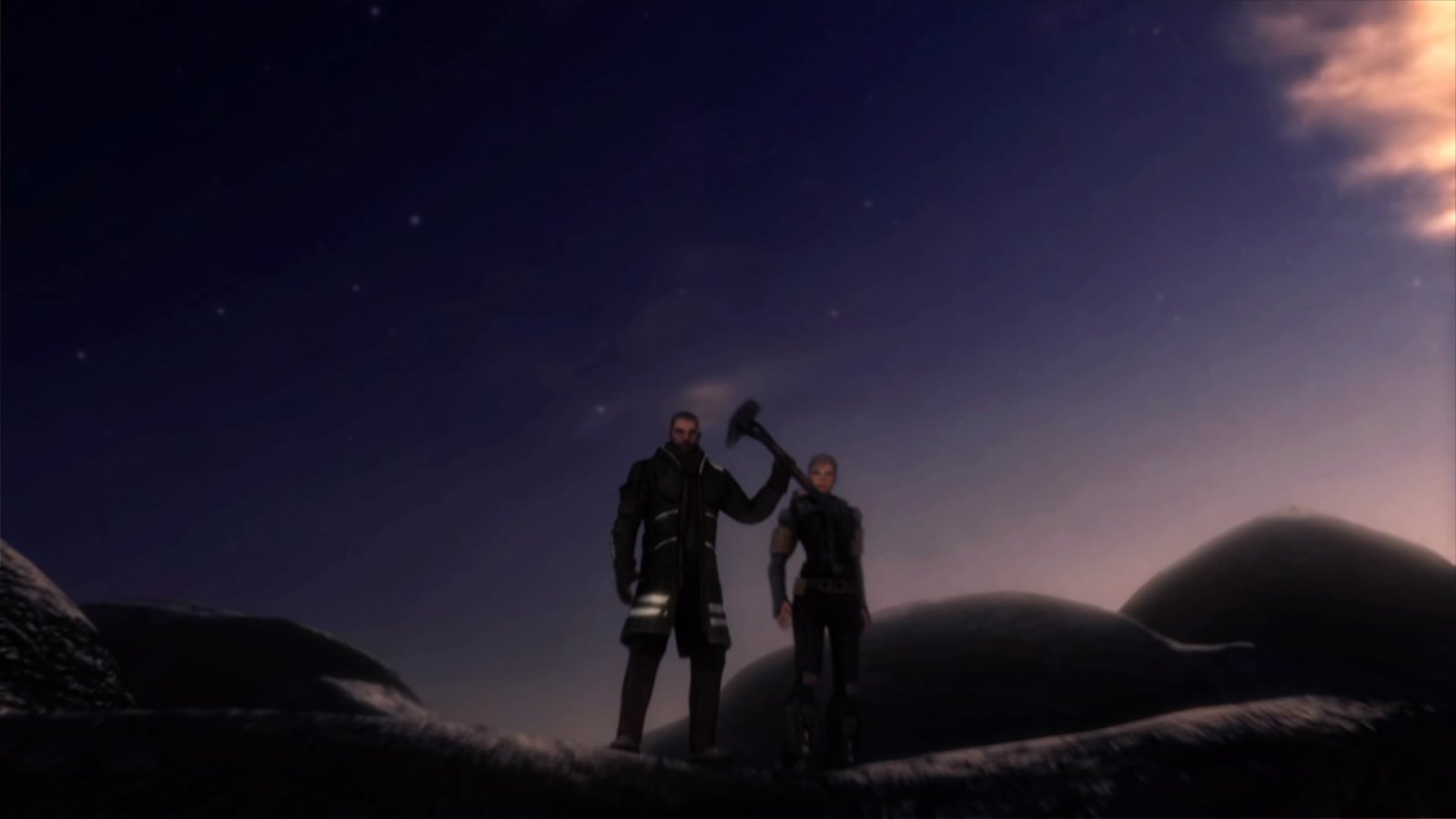 It is amazing that Red Faction: Guerrilla is getting remastered at all. The series was buried after Guerrilla’s follow-up, Red Faction: Armageddon, completely missed the mark. This failure lost the publisher, THQ, millions of dollars just a couple years before the they famously went belly up in 2013. Red Faction: Guerrilla, an open world shooter, also came out before we had the revolution in open world game design from the likes of The Witcher III and The Legend of Zelda: Breath of the Wild. Despite everything standing in its way, it has somehow found a way to come back in 2018 and, more impressively, it still feels as fun as it did nearly ten years ago.

Putting aside all the strange business that surely exists behind the scenes of something like this coming to store shelves–and being named Red Faction: Guerrilla Re-Mars-tered–the game was overlooked when it came out and that mistake shouldn’t be made again. Now, it’s not as though in the intervening decade since its initial release that this game’s limp characters and storytelling, bland and often empty open world, and occasionally repetitive side-missions have been made more forgivable; perhaps the opposite. But the game’s completely destructible world and the way it facilitates wanton destruction is still so satisfying that I once again found myself having a great time tearing through Mars.

For those who missed out the first time around, you play as Alec Mason, a mining engineer who makes his way to Mars to make a better life for himself. He immediately learns that Mars is not the utopia he was led to believe it was. Instead his brother initiates him into the underground resistance movement, the Red Faction. They are fighting back against the brutal and uncaring Earth Defense Force, your one-time allies from previous installments. They are tasked with mining the planet for enough resources to satisfy the ever-growing demand from Earth, and they will get it by whatever means necessary.

The story never really develops into much of anything other than a thin excuse to destroy anything and everything in your way. In that respect, it is perfectly serviceable, and it feels good to stick it to the evil corporations. If you are hoping for anything more meaningful, the game falls quite short. The characters are barely memorable and there is almost no defined singular bad guy until the final minutes of the game. Getting hung up on the story in Red Faction, though, is maybe missing the point. I was there to smack what must be the flimsiest concrete ever with my sledgehammer and reclaim Mars. That part of the game doesn’t get old.

Where the game really begins to show its age is in the design of its open world Mars. The world is peppered with small encampments and EDF outposts for you to raze, but with huge swaths of bland, rocky, and very red Mars in between. The environment looks muddy and uninteresting, and it’s not just that a game from 2009 stands out among newer, more detailed games. The aesthetics were out of date when it released, and because they didn’t go in and completely overhaul the game’s visuals, it hasn’t been remedied for this re-Mars-tering (sorry). Surprisingly, running on a PS4, I still had a few times where the frame rate would drop significantly when a building was crumbling. It thankfully never affected the gameplay much. What did negatively affect my experience, however, were the several times–including right before the finale–that the game completely crashed and forced me to reload my save. By the third time it happened, it started to become truly frustrating. It unfortunately mars a nice, rollicking return to Mars.

Driving around Mars often felt more like a chore. Especially when I would die on a mission and was forced to retread the same ground to return to the destination every time. There’s nothing much to do on the way, so you just follow the guideline on the road until you get where you’re going. You eventually earn the ability to freely fast-travel between safe houses, but it does little to decrease how much needless driving you’ll be doing.

The world is littered with tons of different side missions that range from driving a car to a safe house under a certain time limit, raiding an EDF facility and rescuing hostages, or simply destroying a structure with a specific load out. All of these activities help to reduce the EDF’s control over a region and when that control reaches zero you are able to take on a story mission that will completely liberate the area. It means that even if you just mainline the story missions, you’ll always reach a point where you’ll have to take on side missions or–and much more enjoyably–take out important EDF structures to reduce control.

The side missions are not always the most riveting, authored content. They begin to wear thin over the course of the game, but it never fully diminishes the fun that comes from the base conceit of the game: destruction. Even if I’d already rescued my umpteenth hostage, it was always novel and fun to find a new way to approach any given situation. They’re on the second floor? I could walk in the front door or I could get on the roof and smash my way down to them only to put a whole in the wall and escape. The game’s complete destructibility has endless gameplay ramifications that change the experience in fun and inventive ways.

Guerrilla also builds on that foundation strongly from beginning to end with an ever increasing arsenal of explosive and devastating weaponry. You start with your sledgehammer, some guns, and remote controlled mines to plan the demolition, but by the end, I had rockets with screen-filling explosions that I could shoot from the air with a jetpack on my back. The game also loves to give you excuses to use their Alien-like mech suits that tear through buildings like papier-mâché. Taking down buildings also rewards the player with scrap that can be turned in to upgrade your weapons or to unlock new ones.

The game fully understands what makes it fun, and it does everything it can to empower the player to see that with as few restrictions as possible. This is what helps Red Faction: Guerrilla justify its remastering. It might not look as pretty as even its contemporaries, let alone games coming out today, but the sheer fun that comes with obliterating a building or tearing it apart piece by piece has not waned a bit.

This version also includes the Demons of the Badlands DLC that shows the backstory of one of the major characters from the main game. You get to play as and with the Marauders, a seemingly savage group that make some critical appearances in Alec’s story. It is relatively short, but with several new weapons and vehicles–not to mention a new playable character–it is an fun, quick return trip to Mars. It might have been a hard sell as add-on content at the time, but as a pack-in, it is a good excuse to mess up a few more buildings.

Guerrilla has a mode called Wrecking Crew that allows up to four people to set up specific parameters and go wild on a small map to see who can cause the most destruction in a short time. It is a neat distraction, but will doubtful make much of a lasting impact. It’s mostly a one-off place to mess around and see the destruction without any enemies in the way.

If you want to take the fight online, Red Faction: Guerrilla has a full suite of multiplayer game modes to offer. My problem here is that none of them feel particularly enticing. If the visuals didn’t age well, the competitive multiplayer fared worse.

It’s not that the game lacks for different modes; there are the standard deathmatch (anarchy) and team deathmatch (team anarchy) modes, along with some objective based variants like capture the flag and siege mode. Siege was the most interesting because it involved one team attempting to destroy a series of enemy buildings while the opposing side had to defend them. It was the best use of Red Faction’s specific features, but like the rest of the multiplayer, it just wasn’t interesting or engaging enough to keep me coming back.

As you complete multiplayer matches, your character levels up earning you earn new cosmetic variants for your character, player icons, and your trusty sledgehammer. You level up and earn unlocks like you might expect, but it is all a bare bones experience propped up by multiplayer gameplay that is too loose and imprecise to be worth devoting time to. The combat in the single player was serviceable, but it existed mostly to keep you from having unfettered access to the important buildings you needed to destroy. So for the multiplayer to inherently put more of a focus on that combat feels like it is spending beyond its means.

Much of my time with the multiplayer simply felt aimless. The progression system is lackluster and the gameplay–while it may be exciting to take a wall down to get to a player on the other side–is too plain to be a worthy time sink. More damning yet than the gameplay, which is not necessarily terrible, is that in my first capture the flag match, as soon as I grabbed the flag I was pushed out of bounds and continued dying or respawning impossibly far from the action and was forced to simply watch the timer count down. If you are really hankering for a multiplayer mode that seems to only exist because Guerrilla was released a couple years after Call of Duty 4 forced everyone’s hand, then it is at least mostly functional. Otherwise, I would recommend that you bring about the revolution offline.

Red Faction: Guerrilla is a cult classic that I never thought I’d see again, but I’m glad that it somehow found its way back out. It certainly is not perfect (especially online), and its aging open-world design is more noticeable now than ever before, but it’s simply so much fun to wreak havoc on Mars that it’s worth the return trip.

Nathan lives in Colorado catching Pokemon on the Go and at home. He previously spent three months interning for Game Informer before coming back to Gaming Trend to spread the good word on video games. His real passion, though, is collecting different versions of the 3DS and other weird Nintendo garbage. It's a never-ending quest for less space in his house.
Related Articles: Red Faction: Guerrilla Re-Mars-tered
Share
Tweet
Share
Submit