I believe that imagination is something that cannot be taught but can be nurtured and honed. Many developers have attempted to produce game-maker experiences that offer similar tools and involvement as professional-grade engines; and where some have come close, many have fallen by the wayside. Media Molecule, the famed developers behind Little Big Planet and Tearaway, developed Dreams to be a game and an engine to bring your wildest thoughts and, to be frank, dreams into a reality where anyone can experience your creativity.

If you’re unfamiliar with Dreams, allow me to introduce you to a game that will unlock your innovative mind once you grasp the complexity and magnitude of this project. This review will be a bit different than your typical review of a game because Dreams is all about curating content, creating games, soundtracks, musical scores, short films, and anything that your imagination can muster up. Dreams is also a social networking hub for creators where they can vote on the games they like, share, build upon, and help one another by sharing and building with them. It’s a thriving community that’s hustling and bustling with creative minds that all have something in common: living the dream. 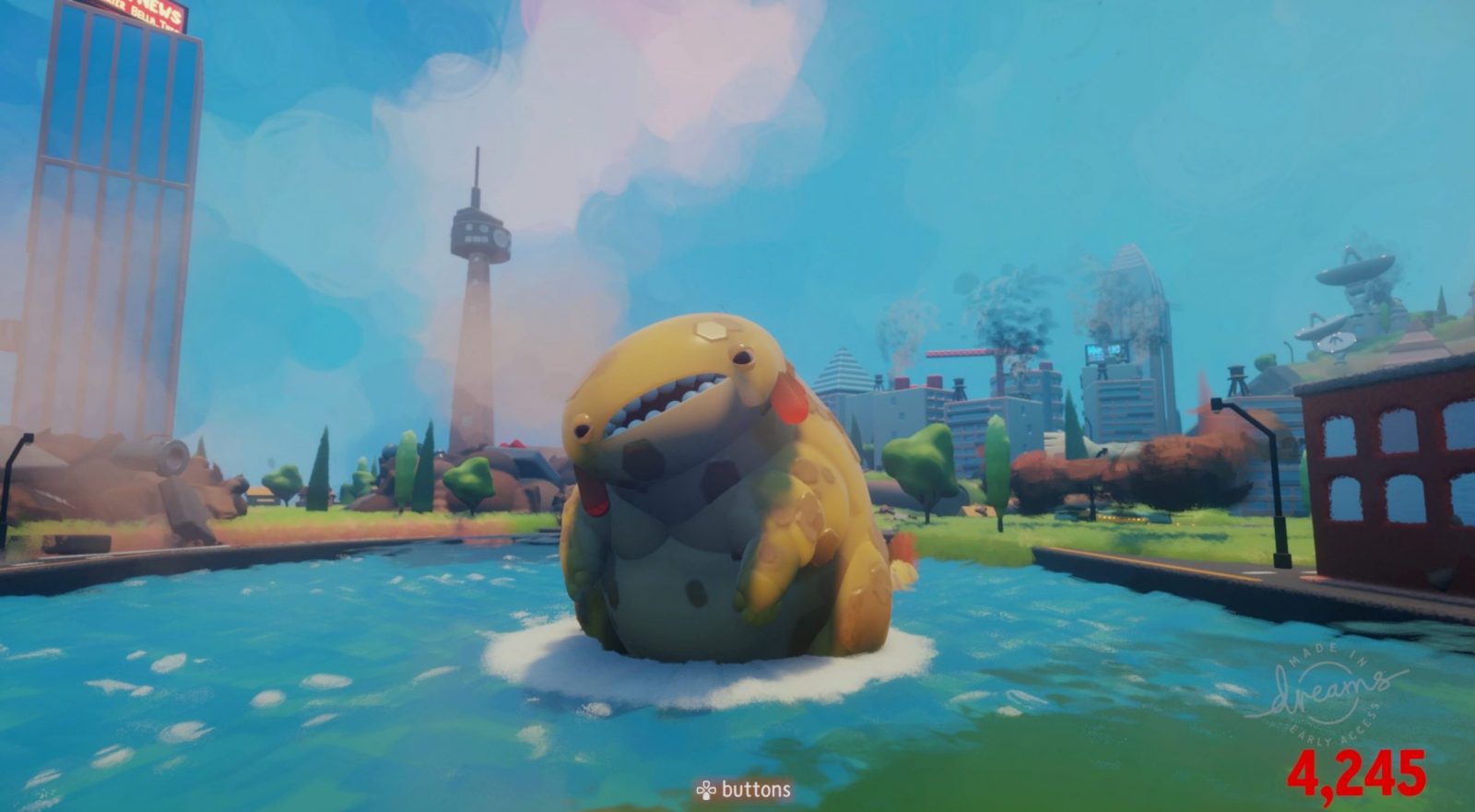 At its core, Dreams was built from the ground up as a game and creative engine that allows innovators to create experiences that go far beyond gaming. Yes, it is a game that has a story (Art’s Dream), a plethora of development tools, and a fully functional multiverse where you can interact with other games and experiences that other curators have designed and assembled – but it’s so much more. It takes a bit of time to wrap one’s head around how brilliant the minds at Media Molecule are to have developed a game that allows you to jump into a world where people’s wildest thoughts can be brought to fruition. I use the word experience because not everything that is created is a game. Dreams allows anyone, with or without the imaginative juices that run through some of our veins, to create and customize just about anything. But make no mistake, this is a game through and through.

Upon starting the game, you choose an imp – a small and furry thing that acts as your character, a guide, and inspiration to creating wonderful things; and on its head is a small antenna that’s used for interacting with objects in the menu and world. Because the game is about using your imagination and pushing the boundaries of creativity, it’s only natural that the developers break down those creative walls that many find clogging their brains. And that’s where the genius behind the game shines. It’s clear Media Molecule understands that not everyone is a creator, artist, game designer, or an imaginative free thinker, so they drop a brick wall that symbolizes your doubts as a creator in front of you and your imp for you to break through this wall, literally. You pull the bricks from the wall and voilà. You break down that wall of doubt with an explosion of confidence and free your mind from its creative restraints. The game does a great job of building your confidence and convincing you that you are capable of more than you ever thought. I did find controlling the imp a bit frustrating at times because you’re using the motion controller to control the imp as it maneuvers prefabricated objects across a plain or trying to zero in on a specific menu item. It’s like trying to cram the functionality of a keyboard and mouse into a controller that’s limited due to the lack of buttons (Never thought I’d say that).From there, you are introduced to the world that is Dreams. Because it’s not your typical game where objectives must be met in order for you to progress and succeed, you are given a few choices in which to move forward. The first is Dream Surfing. This is where you get to experience the creations of all who choose to share. You will find different genres of games, music scores and tracks, experimental levels, developers looking to give you a taste of what they are releasing on Steam, tutorials in game making, beautiful art pieces, and more. 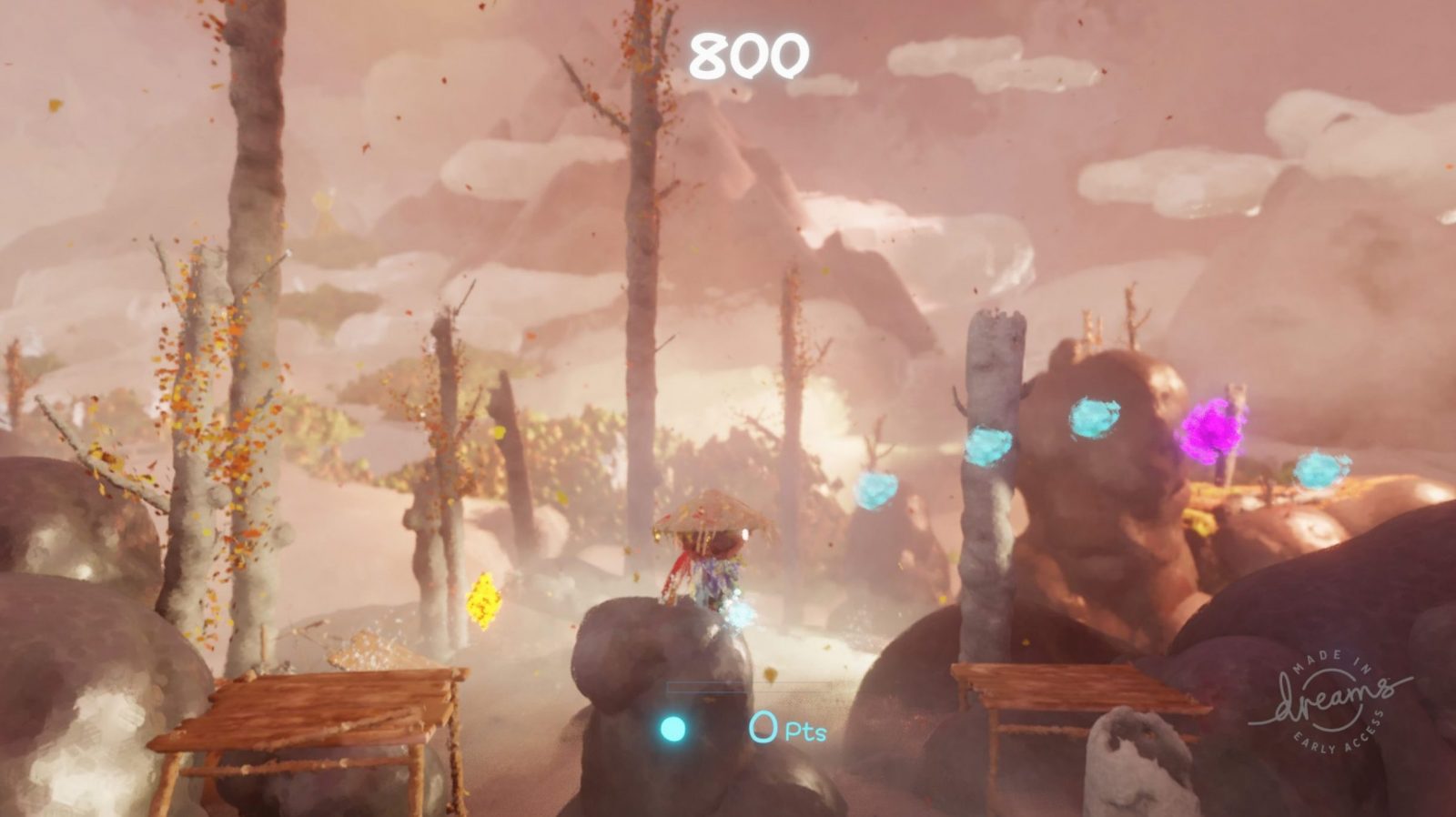 While playing a few games that had been shared, I came across two that particularly stood out to me. One was called Blade Runner (Not like the movies) where you pilot a spaceship, not on a vertical or horizontal plane, but in a cylindrical world, think how a dog chases its tail, where you shoot enemies as they fly around and try to flank you from the front and back. The other, which was called Galaxy Cadet 2020, which at first glance appears as if it’s an indie version of Galaga but it’s nothing of the sorts. You find yourself playing the game until it crashes. You read an error on the screen telling you to stay put and that an attendant will be with you shortly to help you with your game. With little patience, I looked around and found that I was standing in an entire arcade surrounded by cabinets and other players – but they weren’t moving. As I ventured around the arcade looking for someone to help me, I suddenly realized that what I was in was an escape room that was patrolled by dangerous robotic sentries. The goal – survive. It’s unique experiences like this that makes Dreams a breath of fresh air in an industry where Triple-A studios are afraid to take chances: and this is only scratching the surface.

The next adventure that’s immediately available is Dream Shaping, and this is where all creations are made. To be honest, it’s easy to become overwhelmed and in awe at the same time. The sheer amount of options and design tools at your disposal is astonishing, but you won’t go into it alone. You are guided through in-depth tutorials on how the basics work from accessing the menus, navigating, tool usage, manipulation, creation, and so much more. This is where you let your imagination run wild, let your fingers and gamepad be your paintbrush, and the game be your canvas. Within a few hours of getting my feet wet with the tools, I was able to design the basic level of a game that I had written and was designing in Unity 3D, just without the constraints of coding. I had realistic lighting effects, music, sound effects, objectives, and even a character! A basic character, but a character nonetheless! 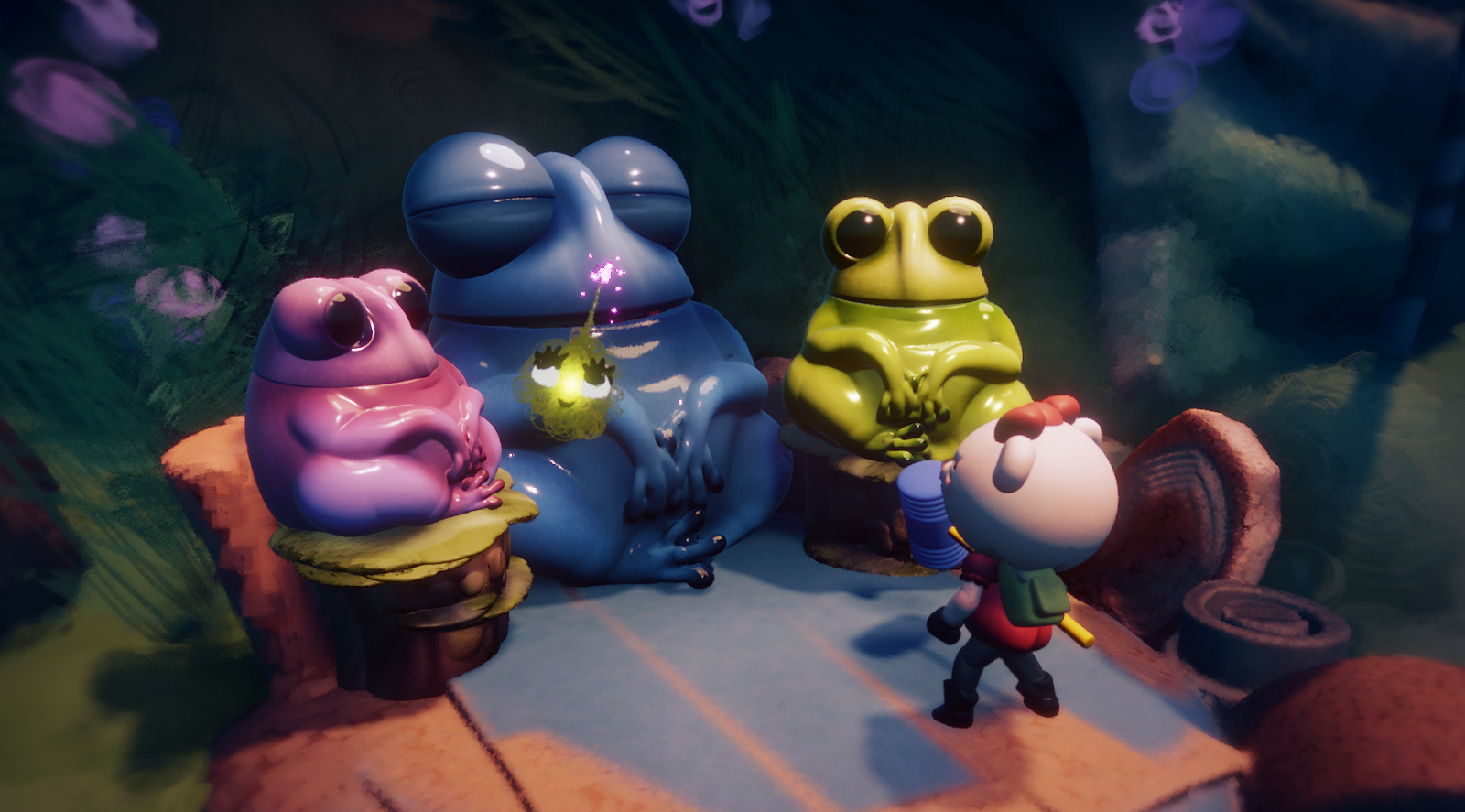 Dreams are a reality

What I found most helpful was playing the two hours campaign that’s included with Dreams: Art’s Dream. This is basically the developers using the same tools they included with Dreams and making a full-on campaign to showcase what’s capable with the tools and engine. Though the game has a complete story, it’s the mechanics and gameplay that you should pay attention to. The designers incorporate platforming mechanics, storytelling, musical ensembles, and shifting different camera perspectives to show you what’s capable with the game as you follow a musician through the trials and tribulations of his life. The story is definitely a departure from the other games they made, but it wholeheartedly showcases everything Dreams has to offer.

Dreams is an ambitious game that succeeds on every front where others have failed. Media Molecule took what they designed, developed, and created over the years and encapsulated it into an experience that has endless possibilities; for them and us. It’s hard to sum up how groundbreaking and pioneering the game is as it’s more than the sum of its parts, it’s exactly what you make of it. Let your dreams come true.

T.K. is a freelance writer, narrative designer, and author. Writing and developing narratives and giving voices to digital world and characters is his passion. As a game writer, QA game analyst, and editor for Gaming Trend, he enjoys being a part of the gaming industry.
Related Articles: Dreams, Industry
Share
Tweet
Share
Submit