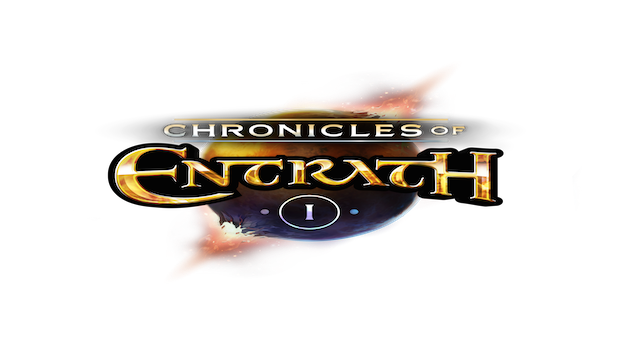 HEX CEO Cory Jones and his staff at HEX Entertainment may have put their heart and soul into the development of the Shards of Fate – Chronicles of Entrath, but no amount of passion can make up for shoddy mechanics and poor game play. It’s the attention to these details that separates a timeless classic from a forgettable mess. The question then is did HEX Entertainment end up with a game that matches the dedication behind it?

Thankfully, the answer to that is a resounding yes. From the opening interface to the depth of gameplay, HEX appears to be ready to showcase the expansive possibilities of the newly dubbed MMOTCG (Massively Multiplayer Online Trading Card Game) genre.

It may seem odd to review what appears to be just an update to game that’s been online for sometime, but it’s a milestone release for HEX. Sure, the latest update includes improvements to the interface and allows HEX to shed the game’s beta tag, but the real jewel is the addition of solo campaign mode, the Chronicles of Entrath.

Players will now be able to customize their own champion, who acts as the leader of a player’s deck. The wealth of customization would be impressive in a role playing game, but for a card game it’s staggering. Players can choose their champion’s faction, race, and class. These decisions are not just cosmetic, but they determine how the starting deck is built and what cards will be available once the deck can be customized after the first battles. In reality, HEX has created a MMOTCGRPG, but that doesn’t exactly roll off the tongue well.

Champions can be customized by faction, race, sex, and class resulting in dozens of possibilities.

If you’ve had any experience with TCGs, the core mechanics of the solo campaign will be very familiar. Each champion has a particular health value. The goal is to get the AI’s champion to zero before yours. This is done by playing various creatures, upgrades, and spells to attack and defend.

HEX goes well beyond these basics by taking advantage of the digital platform. Some cards can be played to upgrade other cards. The upgraded card immediately gets a stat boost and remains that way for as long as it’s in play. Champions also have special abilities that can alter cards or the entire battle themselves. However, the best use of the technology comes in socketable cards. Some cards have sockets that can be filled with gems. Once the card’s socket is filled, it receives a permanent upgrade you can use in your deck. These concepts would be impractical or clumsy in a standard TCG, but now they are suddenly viable in the digital world.

Each location provides an escalating challenge the further you venture into the campaign.

HEX also uses its digital resources to give the game a soul. Players aren’t placing cards on stagnant mats. Instead, battle boards are stocked with ambient sounds and beautiful effects to create a living world. You may be too engaged in the conflict to notice, but little touches like a leaf drifting in the wind really immerse you in an experience and not just a card game.

The game play is just as robust as the visuals. Developers took great care to make sure games against the AI did not boil down to who can lay the biggest cards on the table. Instead, who your opponent is goes a long way into deciding what tactics you may use in each battle. Wild animals attack you without mercy, using every card available in a frenzied assault against you. More advanced races will use tactics and even feints to try to manipulate the battle in their favor. After playing the same AI opponent several times, I noticed their tactics were never the same. I couldn’t predict what the AI would always do. HEX developed an adaptive AI that uses player moves to decide its own. It’s an intriguing system to works very well.

Some cards have special abilities such as enhanced attacks or one shot bonuses.

The key to victory relies on when you play your cards just as much as which cards you play. Players and the AI can react to each other’s card plays. Facing an impossible onslaught? Beefing up one of your cards at the last minute may be enough to take out your opponent’s strongest card or maybe your champion’s special ability can knock one of their cards out before the attack arrives.

A great example of this happened to me in a battle against a neanderthal and his deck of powerful dinosaurs. In this particular battle, I had access to a one-time comet attack which allowed me to wipe the board of all cards (while also showcasing the humor of the development team). My opponent had managed to get a pack of dinosaurs to the field that were sure to do some significant damage to me. I threw everything I had at him, which he let through so he could keep his own army fresh for the counter attack. I did moderate damage while my opponent’s attack was immediately thwarted by the comet. Playing that comet card when his dinosaurs first appeared would have kept me from making that move. Every battle presents you with a different AI that poses a different tactical issue.

This brings up a significant bonus to this game. It’s odd to think that a TCG is playable solo, but you could certainly get great value from this game without ever once stepping foot into the arena against a live opponent. I certainly know my limitations and playing against a live opponent in this game would be one of them. HEX had already put into place a player versus player experience to cater to those TCG veterans. The solo campaign now offers a way to bring in a new group of TCG players while still providing a rewarding experience to those veterans who dive into what the campaign has to offer.

This review may make this game seem a bit overwhelming. It’s not. HEX specifically designed the first few battles as a way of introducing some of the game’s concepts. It’s not a tutorial. Instead, you begin your campaign with some relatively easy battles that slowly reveal key game elements. After just a handful of battles, the deck becomes unlocked and the game really starts to shine.

Remember your character customization? It comes into play once your deck is able to be customized. Each character can start by putting only certain cards from the deck. The game contains five resources, each of which has unique cards for it. Early on, your character has access to just two of these and even then the number of each card you can have is fairly limited. As the experience of your character grows, so does the amount and type of cards available to you. And it’s not just your deck that can be customized. Your champion grows as well. Talent trees and equipment grant both your champion and their deck bonuses, spells, or abilities that can turn the tide of a battle. Again, there’s a real RPG element to this game to give it that “just one more battle” feel.

Even some terrains have an affect on the outcome of a battle. Here, simply playing ruby creatures cause damage.

Like any business, you have to figure that HEX has a bottom line in mind. After all, those that battle in the player versus player arenas spend real money to purchase platinum in the game. Platinum is then used to purchase card packs. Surely the solo campaign has a similar setup. Actually, it doesn’t, and Jones says that is by design. As a player progresses through the solo campaign, gold is earned. Gold can be used in the game’s auction house, where arena players buy, sell, and trade cards. In theory, a solo player wouldn’t need to spend a dime to enjoy this game for a long time.

Fans of the genre shouldn’t look at HEX as a replacement of traditional TCGs. As with books, sometimes it’s just nice to have the cards in your hand. Instead, look at HEX as introducing us to a whole new way to play TCGs. HEX’s insightful use of technology makes introducing TCGs to a new audience easier while providing a wealth of options that even the most grizzled of veterans can enjoy. With the ability to play the game for free, there’s no reason to not try the Chronicles of Entrath. The road to this latest release may have been a long one, but results make the wait worthwhile.

HEX Entertainment has found success by blending the strengths of traditional trading card games with the possibilities of a digital platform. A whole new solo campaign grants players the ability to customize every aspect of the game, from their champions to their decks, all while combating a challenging and adaptive AI. Solo campaigners can enjoy all this for free before needing to decide if they want to dive into live, competitive play.