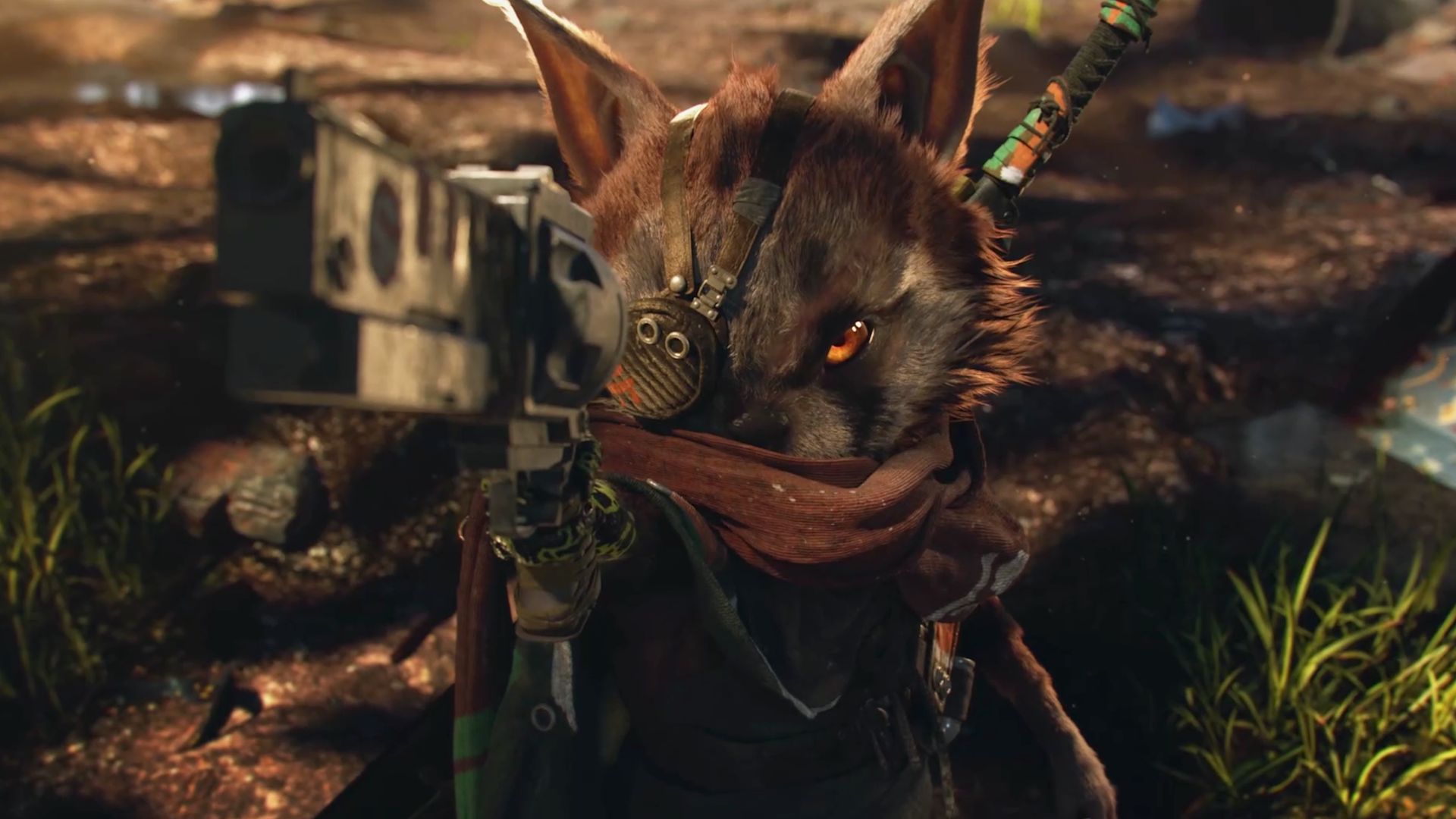 When Biomutant released last May (2021) it was met with generally positive but still mixed reviews. The game appeared to be a mash-up of a few different games like Legend of Zelda Breath of the Wild, Horizon Zero Dawn, and Devil May Cry. Our review from last year pointed out all of the charm and quirkiness Biomutant has to offer while also touching on some of its shortcomings. My own review may not be technically comparable since I played on console whereas before it was reviewed for PC, sometimes the platform can make all the difference. However I’d still like to take a look at how my playthrough compares to some of the opinions of yesteryear.

Yesteryear just seems like the appropriate term to use here, especially given the narration of the game. Your character isn’t verbal, of course, instead the story is being told by a narrator. There’s a lot of story to tell as well, though it did sometimes feel a little discombobulated. It felt like the story actually revolved around the rivaling factions more than the impending doom of the world. but it then suddenly launches into anecdotes about the main character’s past, the history of this dying world, and the stories of those you came into contact with. They all paint a beautiful and also emotional picture that’s sure to tug at your heartstrings a little. 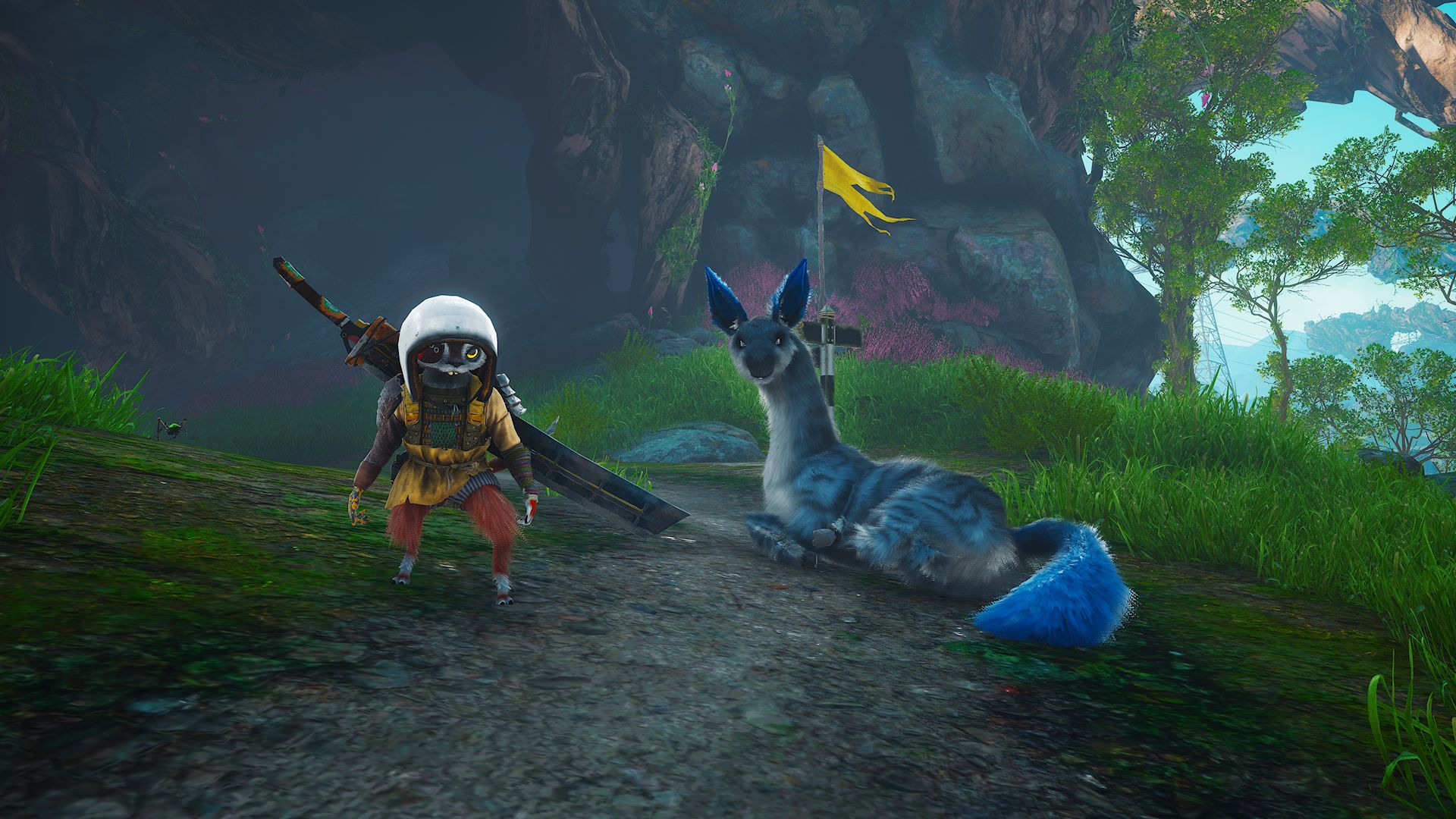 During some of these narrations you are also randomly cut off from whatever you are doing to launch into a cinematic/cutscene should you have arrived at your destination. I’d be running up on a totem or something I wanted to go digging through only to have the game freeze slightly, go to a black screen for a second or two, and then the narrator would start to chime in as the ‘camera’ pans over whatever scene was prevalent. Honestly, I just found it to be inconvenient and could’ve been done better by simply having a prompt come up to ‘observe’ whatever it was they wanted to point out instead of causing a small panic when the screen suddenly goes dark.

The world this game takes place in is still as beautiful and colorful as ever. Despite being a game with a highly detailed world that’s also teaming with wildlife, there weren’t any graphical bugs, no pop-in, and I never had to worry about dropped frames. Much like Breath of the Wild or Immortals Fenyx Rising, some of the smaller details slowly fill in the closer you get to an object instead of chunkily materializing, which I have seen a lot of in some other games like Horizon Forbidden West. My only complaint with the graphics is that the darker areas are almost too dark, and that’s with me playing at a higher than recommended brightness level. I love exploring caves and tunnels, but they are so hard to see, even though your character has a shoulder-mounted flashlight to help out.

Personally, I had no issues with staying on track with the main story missions. My primary objective was always displayed on screen with a clearly marked waypoint in the distance, which I greatly appreciated because it’s so easy to get lost for possibly hours doing side missions. I love open-world games, but sometimes it feels like they constantly try to pull me away from the main story when all I want to do is play the story. I like that I didn’t feel pressured to go off on those side missions, which would likely end in me getting some subpar piece of equipment that I’d just end up scrapping anyway. However, I do still get easily sidetracked in those tunnels and caves. I like shiny stuff. 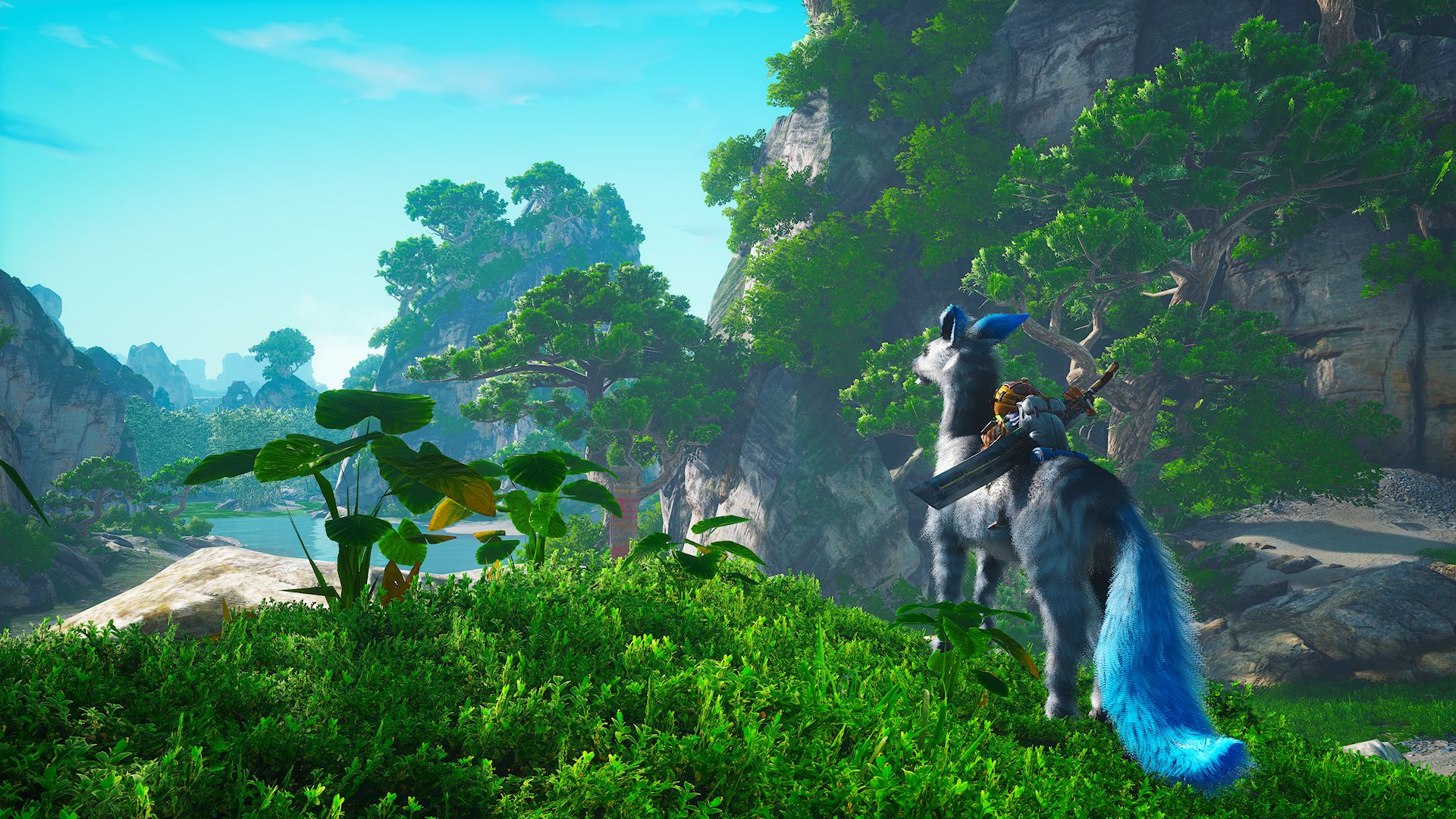 As far as the gameplay is concerned, Biomutant is as smooth as butter on fresh toast. Movement is easy, combat feels like a mix of hack-and-slash and the same style points kind of combat you find in games like Bayonetta and Devil May Cry, and the controller adaptations are super fun and easy to manage. My only gripe here is that sometimes I would call my mount over to me and it would get stuck in a fence, in between a couple benches, or just something that was too close to some other thing, and then I would have to go on a lengthy jog before I could try to summon them again. The mounts are adorable, by the way.

There are parts of the game I simply ignored. Something I found kind of odd was that there are skills that you can acquire, but I’d go to acquire said skills and the majority of them are already unlocked, resulting in points not getting used. There were also things I just simply did not care to unlock, again resulting in unused points. In terms of crafting and upgrades, I often forgot all about this entire part of the game until I would suddenly be reminded about it when finding a good attachment while looting, but even this system felt a little overwhelming, so instead I mostly opted for simply finding a better piece of armor or a better weapon.

For a next gen console edition, this version of Biomutant is pretty good, but I wonder if it was even necessary to do it in the first place. Looking at previous reviews of the game, I saw very little complaints regarding game performance or design but more so the content of the story, which I didn’t think was all that bad, if maybe a little off track at times. Overall, I really enjoyed playing this game, and I might even be tempted to try the New Game + mode, something I usually ignore. Either way, if you’ve not played Biomutant but you enjoyed games like Breath of the Wild, Immortals Fenyx Rising, Devil May Cry, and so many others I could mention, definitely give Biomutant a try. You may be as pleasantly surprised as I was.

The next generation edition of Biomutant may not have been necessary, but it doesn’t hurt anything either. Overall, the game is very smooth, never dropping a frame no matter how crowded it may become, and the world is as beautiful and colorful as ever. My biggest gripe with the game is pretty universally mentioned: there was a lot more going on in the game than could be given proper attention, such as the upgrade and crafting systems, but it makes up for it in my opinion with a story and a world that is fun to explore.

Cassie Peterson is an Editor for Gaming Trend but also a sporadic content creator and exceedingly average Rainbow Six Siege player. She goes by MzPanik on Twitter and Twitch and all of the gaming platforms.
Related Articles: Biomutant
Share
Tweet
Share
Submit