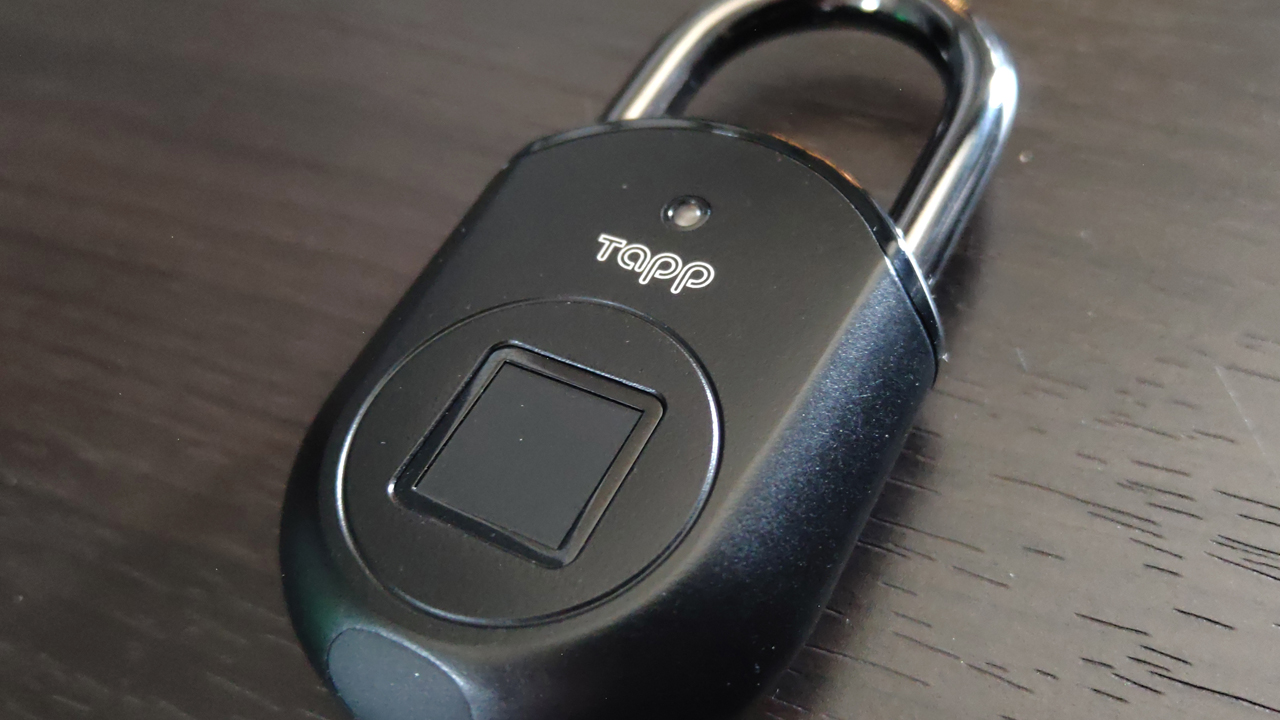 When I bought my car, I stopped carrying keys. Everything about the car is controlled with a phone app, so there’s no need for a physical fob. That also means I don’t carry a keyring to attach things like keys for locks. This has presented problems as I’ve forgotten my laptop cable keys more times than I can count. After a few of those moments, I started thinking about biometric locks and stumbled across Tapp. Tapp creates the creatively-named “Tapplock Lite” — a bluetooth app-controlled padlock, so I decided to take it for a spin.

First and foremost, before I did anything with Tapp’s latest lock, I checked the LockPickingLawyer, as well as Jerry Rig Everything, and I’m happy to see that it doesn’t make an ignominious appearance on either YouTube channels. While I realize that locks are the illusion of safety, I’d prefer my illusions be on the “stronger” side than not. The Tapplock Lite is a lightweight padlock built around a quick-release biometric fingerprint reader. I took it on the road to see if it could be my all-purpose general use lock. I’m happy to say it does the job admirably. 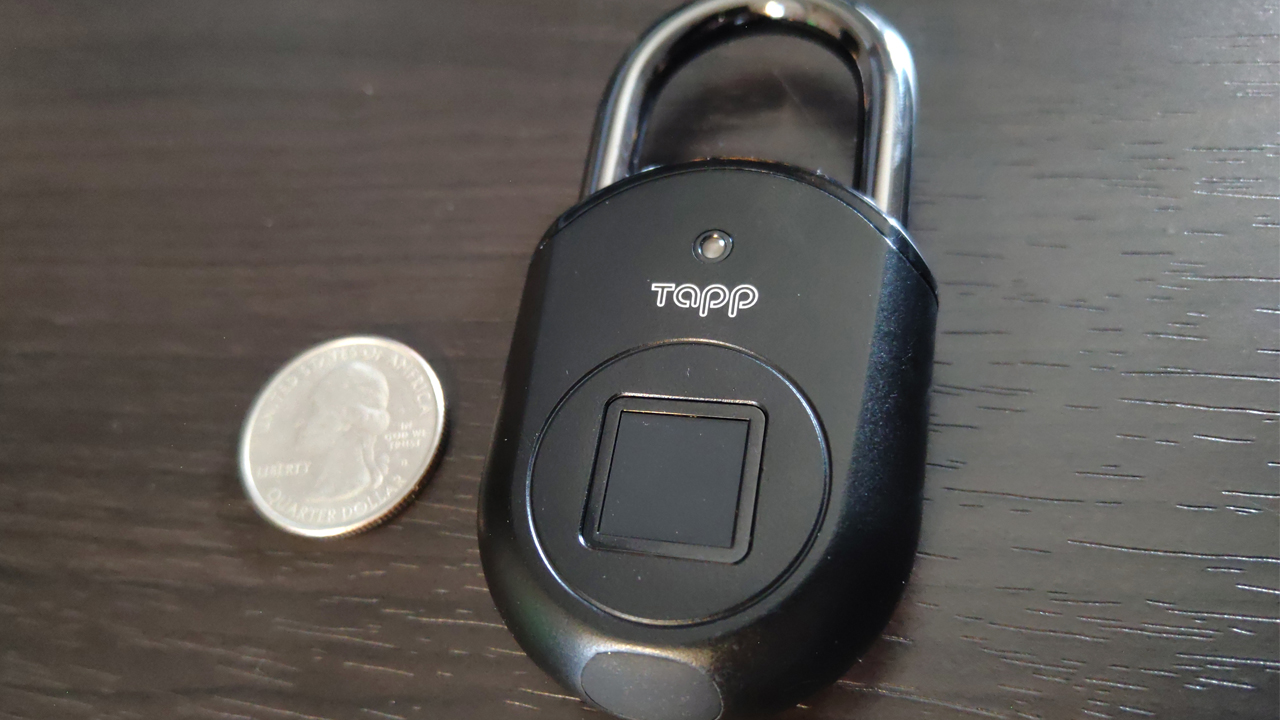 The lock is pocket sized for ease of use.

Those of you who follow my hardware reviews know that I have a laptop from Origin PC. It’s a desktop replacement, and is in no way cheap. As a result, I tend to secure it to something sturdy out of a healthy paranoia of it growing legs. Similarly, when I go to the gym I throw my phone and wallet in a locker, but said gym does not provide a lock to secure it. Tapplock Lite to the rescue. But these are easy and obvious choices that really don’t take advantage of the one thing that Tapplock does differently. Let’s talk about the primary differentiator — shared access.

After you’ve completed the exceedingly simple initial setup in the Tapp app and registered your own fingerprints, you’ll see a tab at the bottom of the app labeled “Shared”. Clicking this option lets you specify who you’d like to have access. Since you won’t have their fingerprint information, it’ll ask them to download the Tapp app and register their fingers. On your side, you’ll specify their email address, name, which lock they have access to (if you have multiple), and whether they have permanent, one-time, or temporary access for a specific time range. Following best-practices for authentication, authorization, and accounting, the app also has a “History” section that shows the date and time the lock has been opened, by whom, and by what method — Bluetooth or by fingerprint. Given that the lock can hold 100 fingerprints, access auditing becomes important. 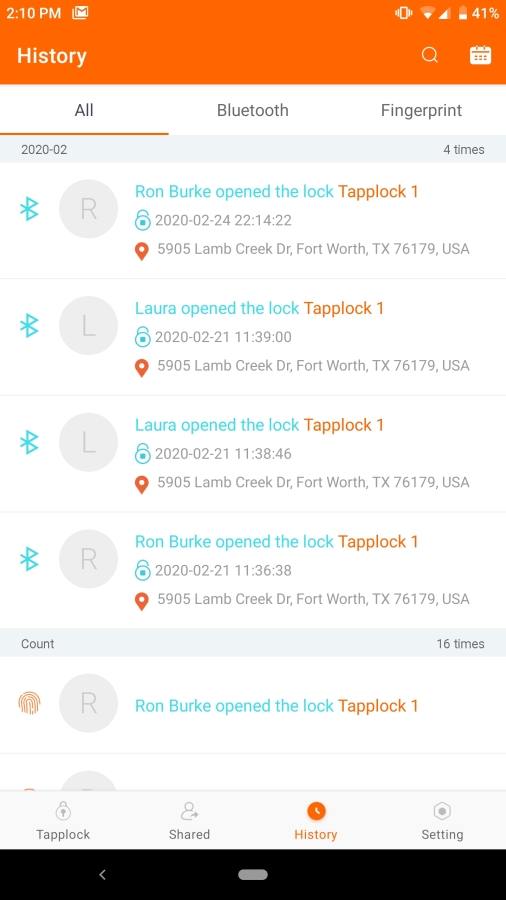 While the Tapplock One+ is weatherproof and meant for outside use, the Tapplock Lite is not. It’s a “lifestyle” lock, meaning it’s meant for inside work. While my use cases were obvious, they really didn’t lean on the aforementioned differentiator, shared access. That’s when I spotted the ultimate use case. My wife is a musician. She sings for a band and has some very expensive gear. In-ear monitors, wireless microphone transmitters, a VOXFX pedal, and a digital mixer all reside in a hard-side case that could easily roll away. Running a steel braided cable through the security loop and locking this down with the Tapplock Lite prevents casual theft, but still provides keyless access to the roadies. It lets her know who unlocked it and when. Similarly, locking the case itself with a second lock means differentiated span of control, again with full auditing. It keeps everyone in their lane and honest.

The zinc metal alloy body of the Tapplock Lite and hardened stainless steel shackle keeps the device safer than other devices I’ve tried. In fact, it’s stronger than the original Tapplock One, though not as tough as the new Tapplock One+ (The original device’s back could be twisted off, but the One+ solved this with a welded rear panel and proprietary screws to prevent even the most ardent attempts to open it. It’s damned near impossible to break). Another interesting divergence from other conventional locks, the Tapplock Lite does not have a shackle toe — the small notch normally present at the end of the shackle loop. Instead, the cylinder goes into the drain hole and is secured. How? I haven’t a clue, but I can tell you that it’s sturdy. Despite my best efforts I couldn’t shim the shackle or get into the drain hole in any way. This is the third iteration of locks from Tapplock, and it looks like it may be their best one yet. 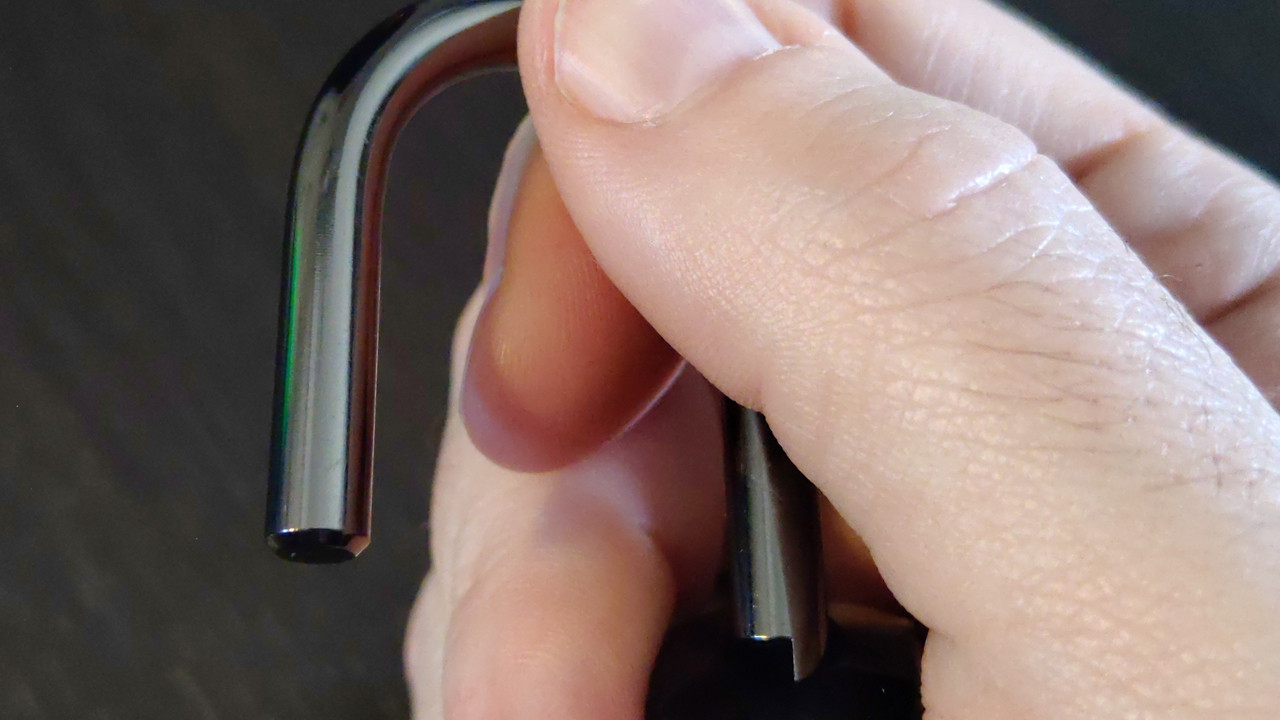 Without a notch, this lock still holds without fail.

In terms of specs, the Tapplock Lite has a few that are worth noting, the biggest of which being that the lock opens in 0.8 seconds. When you tap the shackle down once a small LED lights up, indicating that the lock is ready to read a fingerprint. Pressing a digit on the pad, the LED turns green, indicating that the lock is open, and the device unlocks. It’s about as simple as it gets. According to specs, it can do this roughly 1200 times (or 8 months) before needing a recharge, which is pretty impressive. (It charges with an included micro-USB cable underneath a rubber dust cover.) To quote Todd Howard from Bethesda, “It just works”, but in this case it actually does. 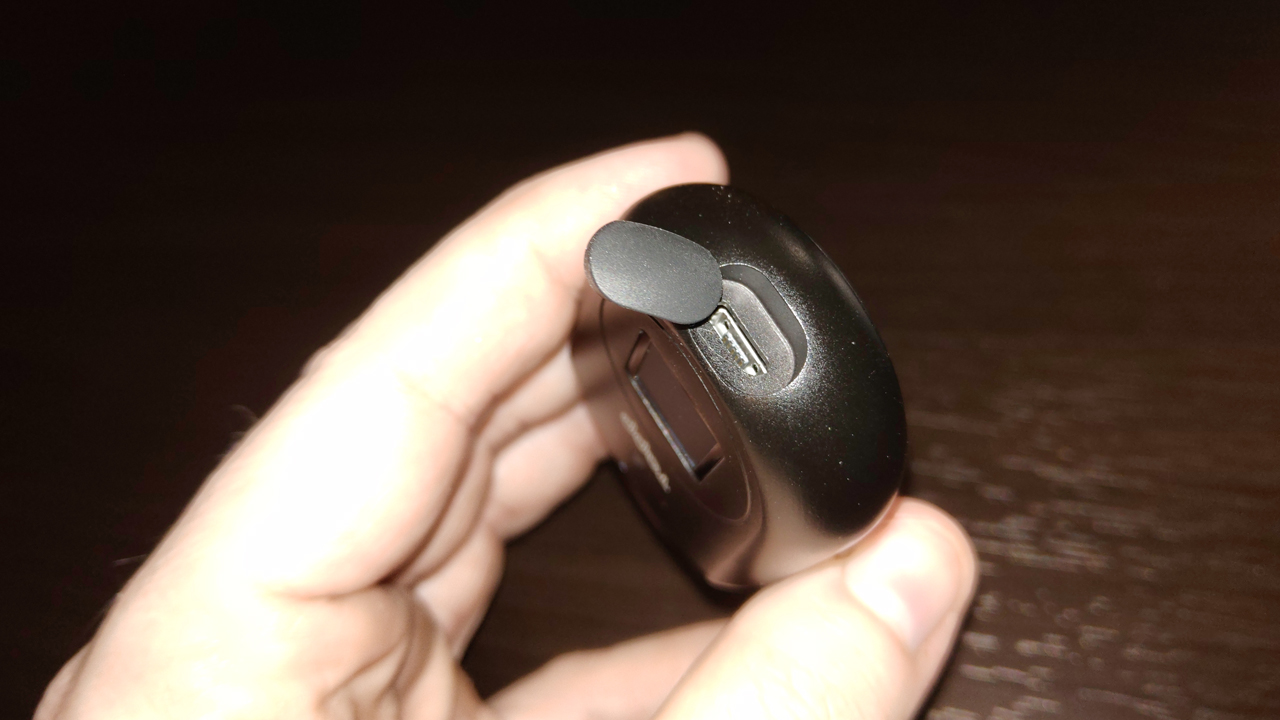 Charging is via Micro-USB and holds up for thousands of uses.

The second mode for the lock is the Bluetooth mode. Tapping down twice on the shackle twice (slowly — not double tap, but tap…wait….tap) puts the lock in Bluetooth mode. This allows the shared access I mentioned above, letting the lock open without fingerprints. I struggled a bit with the timing on the taps, hence the suggestion above, but once I got the rhythm, it was easy.

Morse code mode on the other hand is a hard pass. Meant as a last resort backup, Morse code can be set to allow a series of dots and dashes (short and long presses on the shackle), but it’s a bit of a challenge. Moreso if you don’t happen to know Morse code as you’ll be just memorizing shorts and longs at that point without a word to tie it to. The worst that happens if the lock were to go dead is that you’d have to hook it to a cheap external battery for a minute or
two to charge the lock enough to open. I’d rather do that than fight with Morse code.

It’s very clear that the Tapplock team has listened to user feedback, iterating on their design each time until they nailed it. While this lifestyle lock may not be waterproof, the lightweight construction and lower price point of $39 versus $99 for the Tapplock One+ make it the perfect accessory for securing your valuables on the go.

Ron Burke is the Editor in Chief for Gaming Trend. Currently living in Fort Worth, Texas, Ron is an old-school gamer who enjoys CRPGs, action/adventure, platformers, music games, and has recently gotten into tabletop gaming. Ron is also a fourth degree black belt, with a Master's rank in Matsumura Seito Shōrin-ryū, Moo Duk Kwan Tang Soo Do, Universal Tang Soo Do Alliance, and International Tang Soo Do Federation. He also holds ranks in several other styles in his search to be a well-rounded fighter. Ron has been married to Gaming Trend Editor, Laura Burke, for 21 years. They have three dogs - Pazuzu (Irish Terrier), Atë, and Calliope (both Australian Kelpie/Pit Bull mixes).
Related Articles: Hardware, Tapplock Lite Smartlock
Share
Tweet
Share
Submit