When I reviewed Oceanhorn 2 on Apple Arcade, I mentioned that the game, while very pretty, had a few control and graphical issues as well as causing my phone to get quite hot. Now the game has made its way to the Nintendo Switch, fitting for its clear Zelda inspiration. But does this port fix the many other issues I had with the game?

I immediately noticed the benefits of not being on an iPhone. Even having used a controller to play the majority of the game on that platform, controls just feel tighter and more responsive. There also the benefit of being able to use your shield at any time, which is the only way to lock onto enemies. The game looks much better, either docked or undocked, which may be a result of a larger screen. I also noticed that the game stuttered a bit less than its mobile sister, though I still encountered it, especially on the world map, and even ran into a crash or two. The game overall feels better and looks better on Switch. 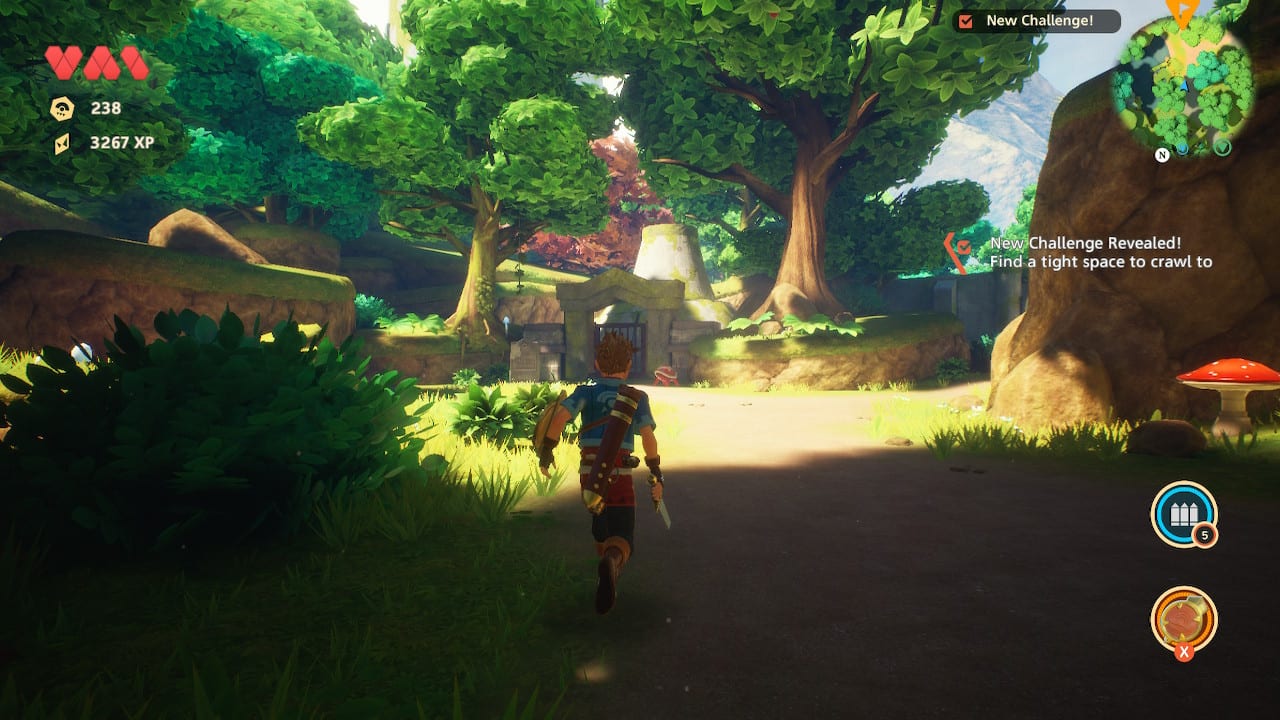 Most of the complaints I had in my review were about the game’s design and bad voice acting, which a port unfortunately cannot fix. Compared to the original Apple Arcade version, everything in that department remains exactly the same. The dialogue is still strange, the voice actors are terrible (lookin’ at you, Trin), puzzles are either too easy or obtuse, and combat is still clunky. Though I will say that all of these things, yes even the acting, have potential. As a game designer myself, I can see where they were coming from; they just either needed more revisions, more testing, or perhaps just scaled features back a bit. It’s still impressive how they managed to cram this gigantic world to explore, even on Switch.

Oceanhorn 2: Knights of the Lost Realm

While it looks and performs better on console, a port simply cannot fix the problems at Oceanhorn 2’s core. Still, it may be worth dipping your toes in if you’re a 3D Zelda fanatic.

David is the kind of person to wear his heart on his sleeve. He can find positives in anything, like this is a person who loved Star Fox Zero to death. You’ll see him playing all kinds of games: AAAs, Indies, game jam games, games of all genres, and writing about them! Here. On this website. When not writing or playing games, you can find David making music, games, or enjoying a good book. David’s favorite games include NieR: Automata, Mother 3, and Gravity Rush.
Related Articles: Indies, Oceanhorn 2: Knights of the Lost Realm
Share
Tweet
Share
Submit