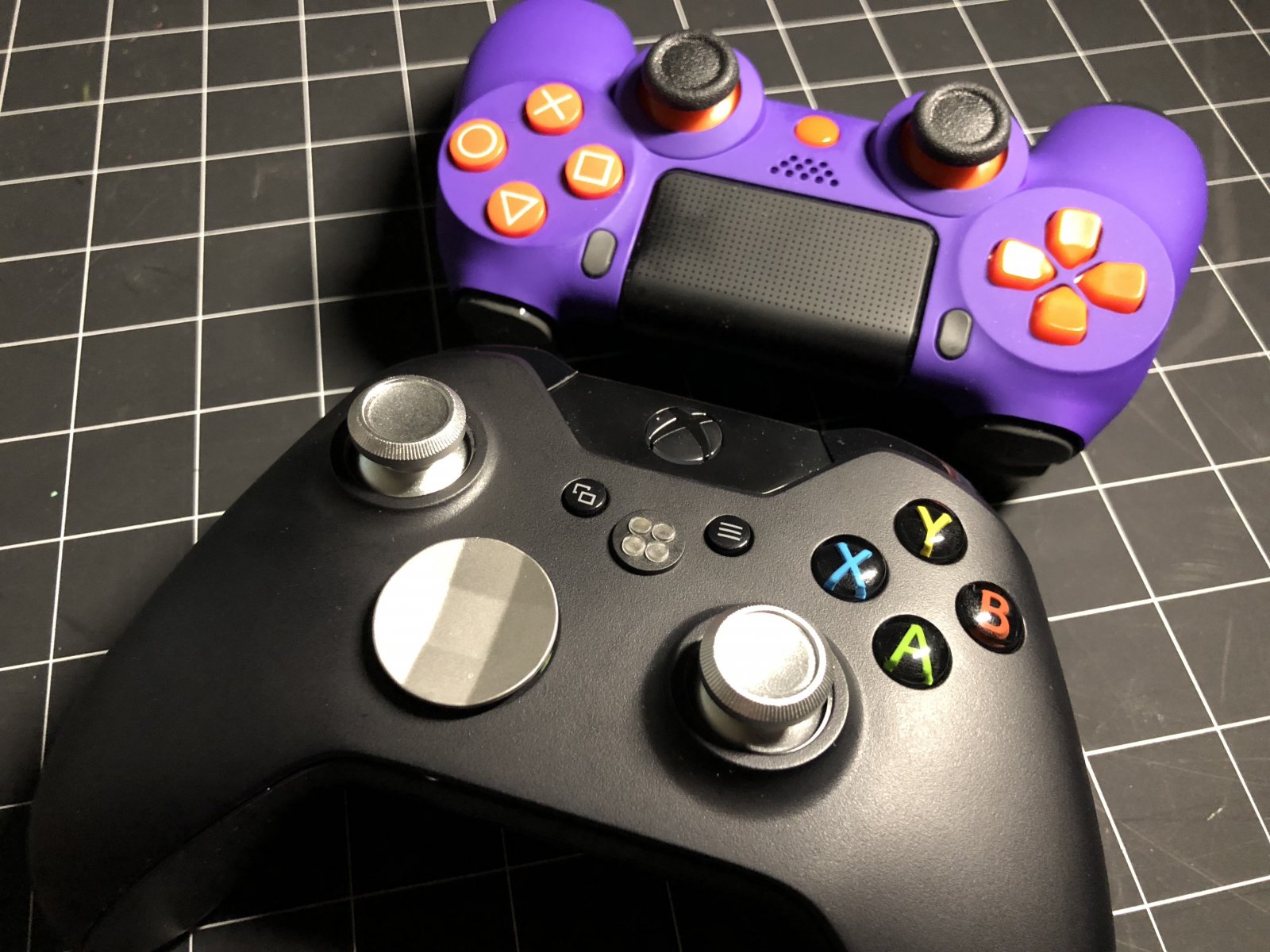 These days, gamers have more options than ever for their game controllers. Typically, third party controllers are fun and allow for more personal expression, but lack the quality or features that first party offerings tend to have. First party controllers maintain a high level of quality but don’t really vary much beyond color scheme or limited edition branding (The Xbox Design Lab being the best version of this). For true customization, both aesthetic and functional, it’s all about custom parts and a high level of comfort with tinkering, or spending a little extra to have a modding service do it for you. While there are a number of modding companies out there, Mega Modz is one of the few that offers true, play enhancing functional modifications, and we took a couple of their fully tricked-out controllers for the PS4 and Xbox One for a spin.

Editor’s note: This review is strictly about the service Mega Modz provides as well as the functional mod tech that they incorporate into the controllers. I am not evaluating the controllers themselves as they are the standard first-party controllers offered by Sony and Microsoft.

While Mega Modz has an extensive array of preset controllers to choose from, their PS4 and Xbox One controller creators offer up nearly all of their modding options a la carte. Ranging from a wide variety of body colors and patterns to solid aluminum thumbsticks, you can customize nearly every part of your controller on a granular level. The PS4 controller creator has a couple of extra option menus: paddles and mods, though paddles can only be selected if the base rapid-fire mod is also selected. Additionally, if you select paddles, you can also choose from seven colored LED runner lights for them. Curiously, neither of these options were available for the Xbox One, and while the paddles may not be feasible from a technical standpoint, there are preset controllers with the functional mods available elsewhere on the site. 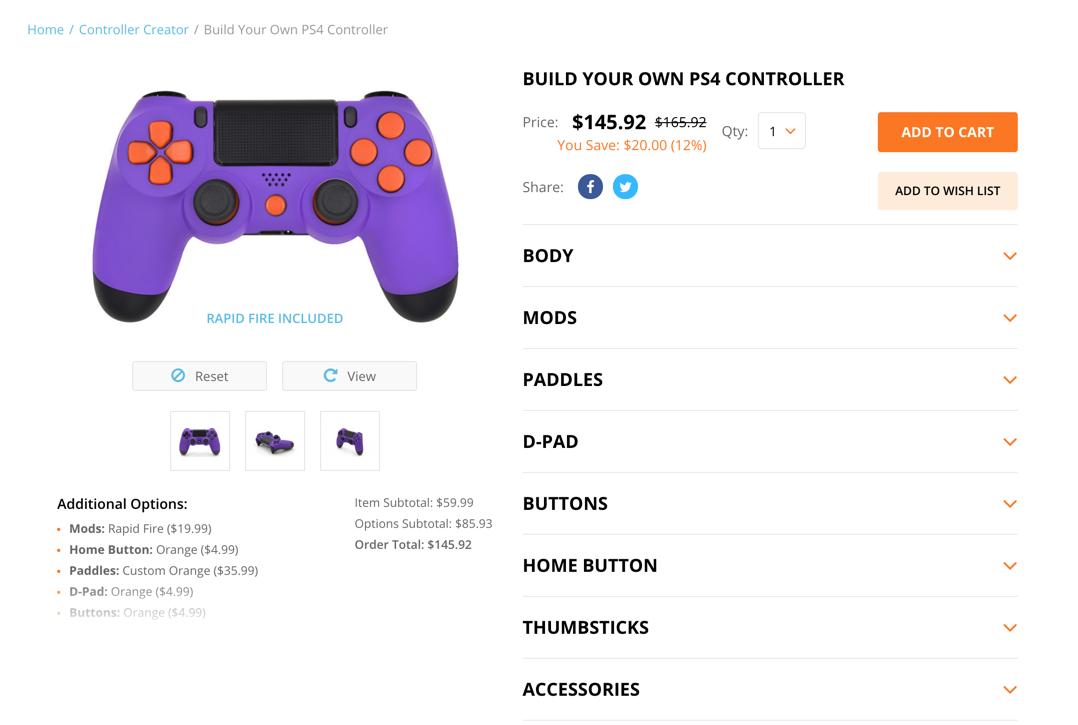 The controller creator was a breeze to use, and really the only real issue was settling on some decisions for the two controllers. For the PS4 controller I chose a matte purple body with orange buttons and thumbsticks, orange paddles, and the MegaMod Pro package- the full suite of add-on functions available. As I wanted the same package on the Xbox One controller, I selected the MegaMod Pro Black controller, added soft touch red grip panels, a red battery cover, gunmetal aluminum thumbsticks, and the circular magnetic d-pad usually found on the Elite controller. Now, they actually do offer the Elite controller on the site as well, but the only modification options they have are aesthetic in nature, and besides, they appear to have the same issue that every other retailer seems to have with them- frequently out of stock due to demand. 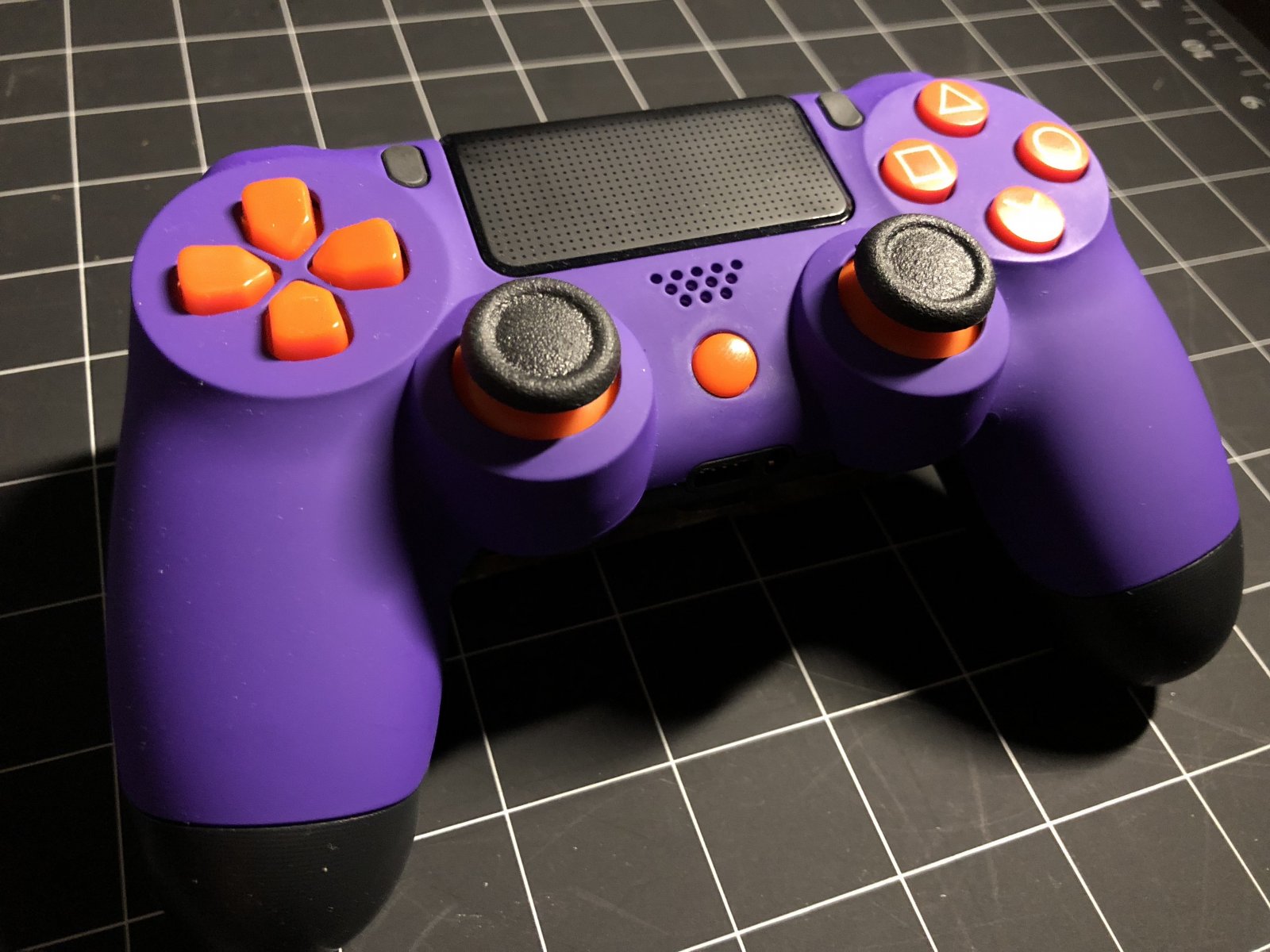 Once I got the controllers in hand a few days later, the quality of the aesthetic changes were immediately apparent. The matte purple body was pleasantly smooth to the touch, and the buttons and thumbsticks were as tight and responsive as any standard PS4 controller. The soft touch red grip panels on the Xbox One controller had the same smoothness as the PS4 body, and the aluminum thumbsticks were so comfortable I regretted not getting them on the other controller as well. From a hardware perspective, the only fault I could find in either controller was that the paddles on the PS4 one; while certainly functioning as advertised, just didn’t match well to the overall build aesthetic of the rest of the mods. Essentially, it’s just a flat piece of plastic screwed onto the bottom of the controller. The paddle’s plastic edges are pretty sharp, and while it hasn’t happened yet, I am concerned about it catching onto something. 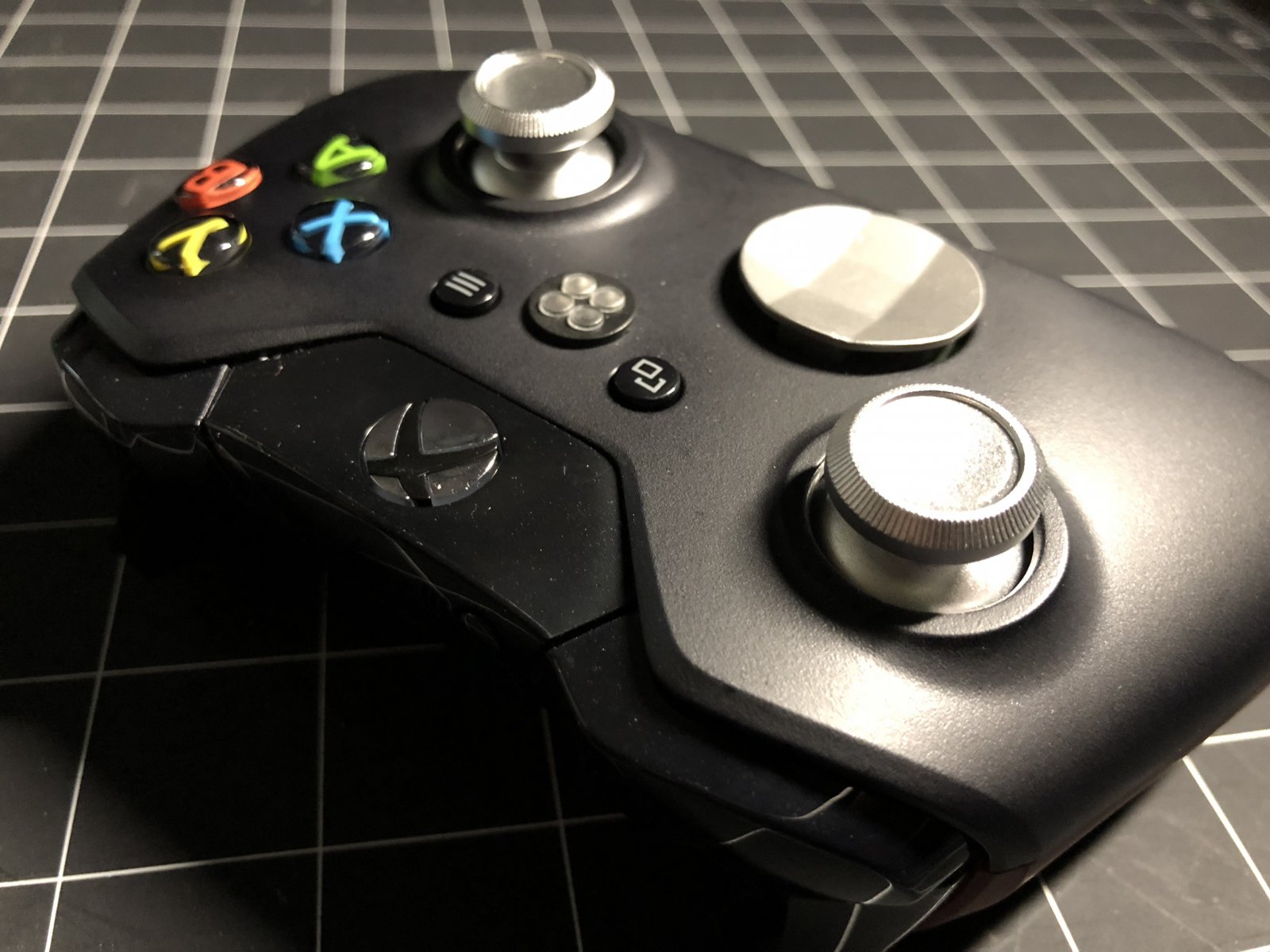 The aluminum thumbsticks were the highlight of the Xbox One controller

The real draw for Mega Modz, however, are their modchip-based add-ons. These enhancements are purely additive- there is no hacking of the original controller functions and these are simply pre-programmed timed control combinations the chip makes on behalf of the user when activated, so there is no danger of getting banned or suspended. While the mods can certainly be useful in a variety of games, they are primarily engineered to assist with first-person shooters in general, and the Call of Duty and Battlefield series especially. Akimbo, auto burst, drop/jump shoot, quickscope, rapid fire- these are just a few of the mods available by pressing the mod activation button on the bottom of the controller followed by a quick sequence of button presses. Once successfully triggered, a colored light displays on one of the four installed LED indicators (depending on how many mods are activated at once). A few of these mods apply to specific gun types in games (auto burst and rapid fire for semi auto and single shot weapons, quickscope for sniper rifles, etc.), or more general FPS actions like auto sprint. During my playtesting I found quickscope and drop shoot to be useful, utilizing techniques I never really had the ability to pull off before. I set out to find if any of these mods helped bridge my skill gaps in Call of Duty Black Ops III or WWII, but for the most part deciphering the button patterns to activate them and figuring out the right time to use them proved to be challenging on it’s own. I suspect that a more skilled player might get more out of the mods than me, but that brought me to another conclusion… 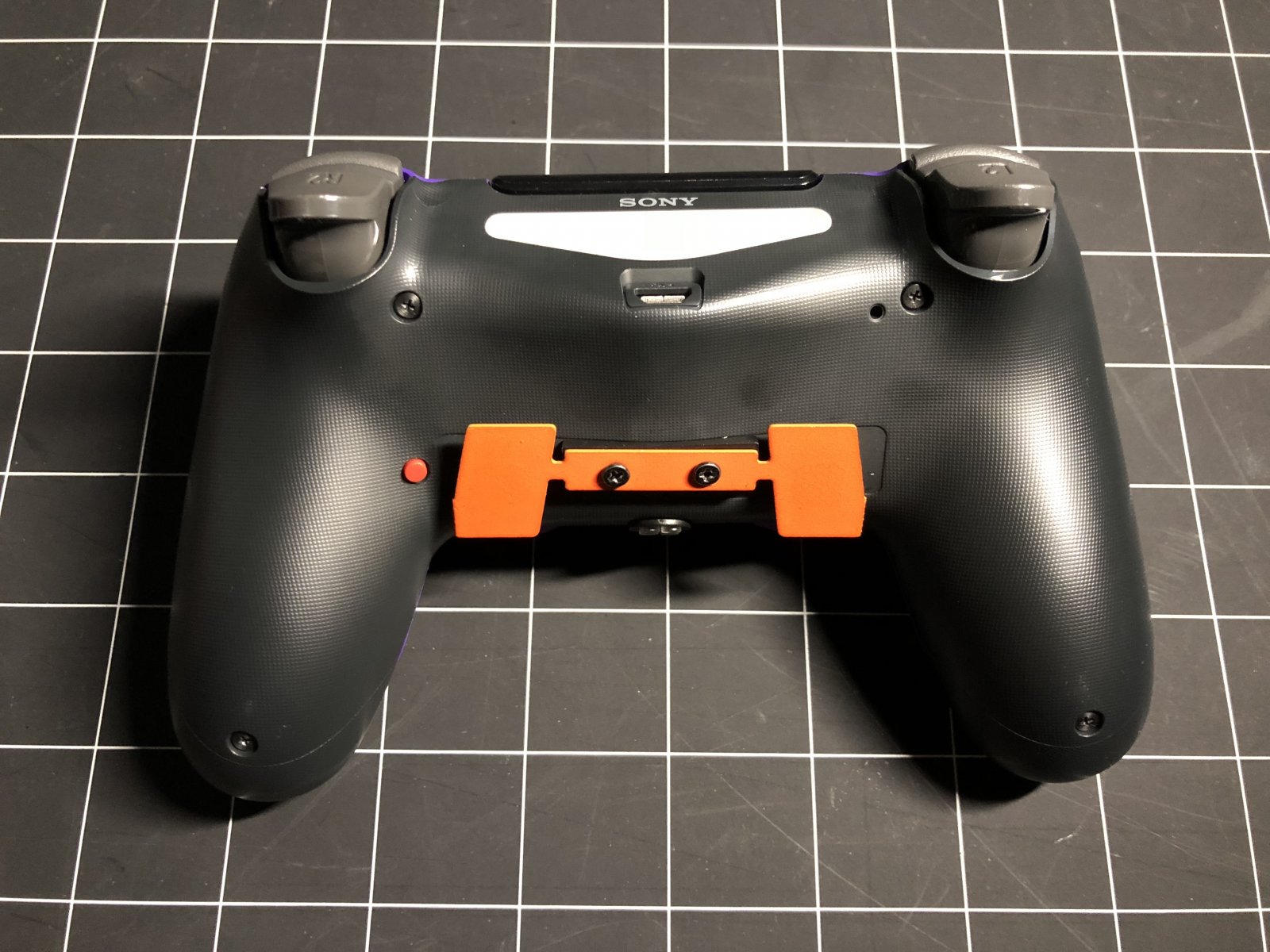 The design of the paddles on the PS4 controller felt lacking compared to the other mods.

While it is true that these chip mods are not technically hacking or even ban-worthy, ultimately, they just didn’t feel very sporting, and if I were more skilled at these games I doubt I would use them regularly. Don’t misunderstand me- the mods work very well as advertised, even though activating them requires memorizing the activation pattern or looking it up, and my own moral preference for using them or not has no bearing on my score. These mods could give a skilled player an advantage over other equally skilled players without them, though, and that doesn’t sit well with me. Maybe I’m just a little old-fashioned, or not entrenched enough in the ruthless online multiplayer communities these game engender. 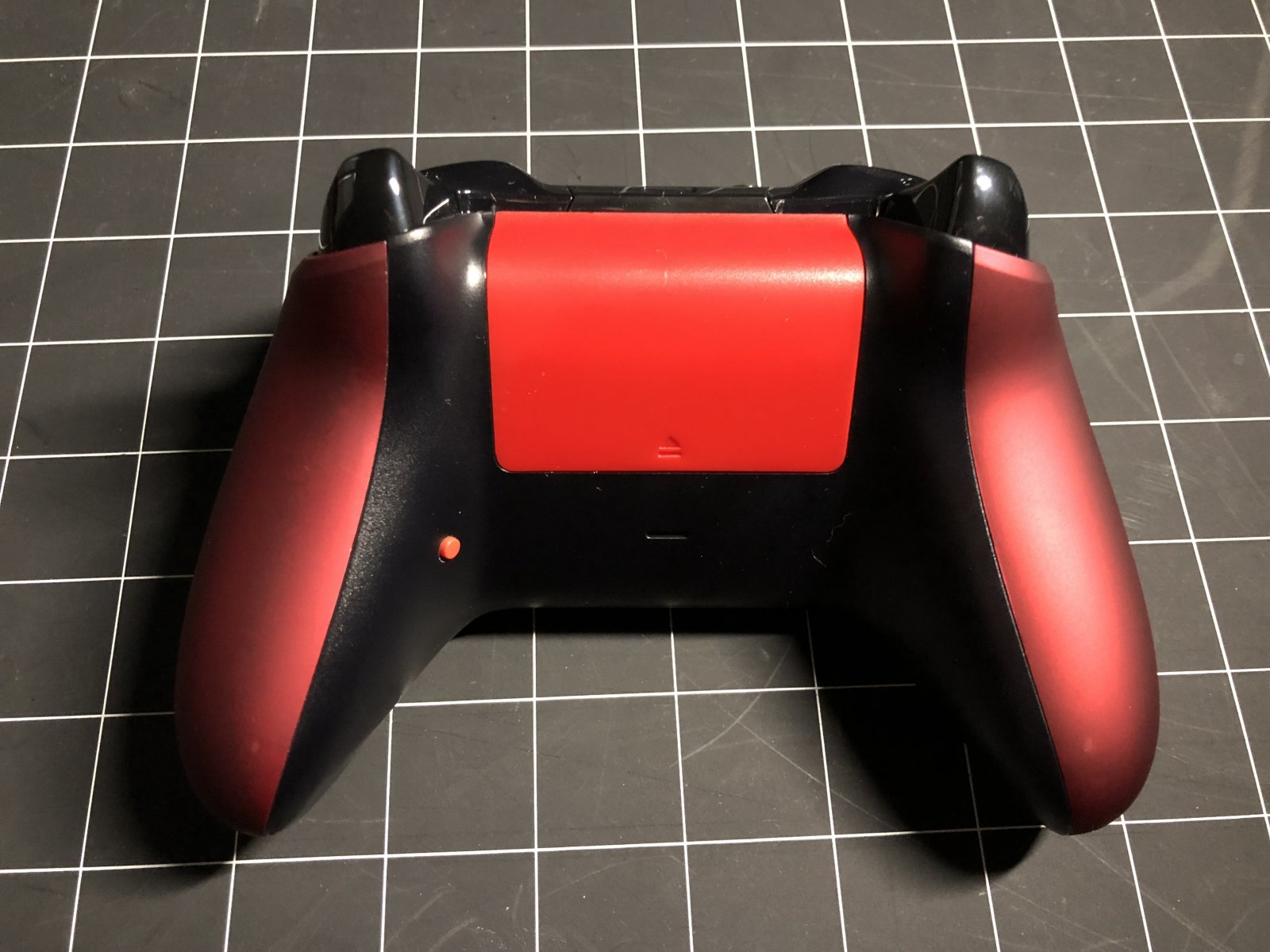 The soft touch grips on the Xbox One controller were a welcome addition.

Mega Modz PS4 and Xbox One controller mods are a solid mix of aesthetics and functionality. Their custom components are high quality and well built, and while the mod chip functions are a bit hard to navigate, they work well for the games they are designed for.

Mike Dunn is the old man of Gaming Trend, having cut his teeth on Atari consoles and First Edition Advanced Dungeons & Dragons back in the day. His involvement with Gaming Trend dates back to 2003, and he’s done everything from design and code to writing and managing. Now he has come full circle, with a rekindled passion for tabletop gaming and a recent debut as Dungeon Master (nearly forty years after he purchased the original DMG).
Related Articles: Hardware, Mega Modz controller mods
Share
Tweet
Share
Submit