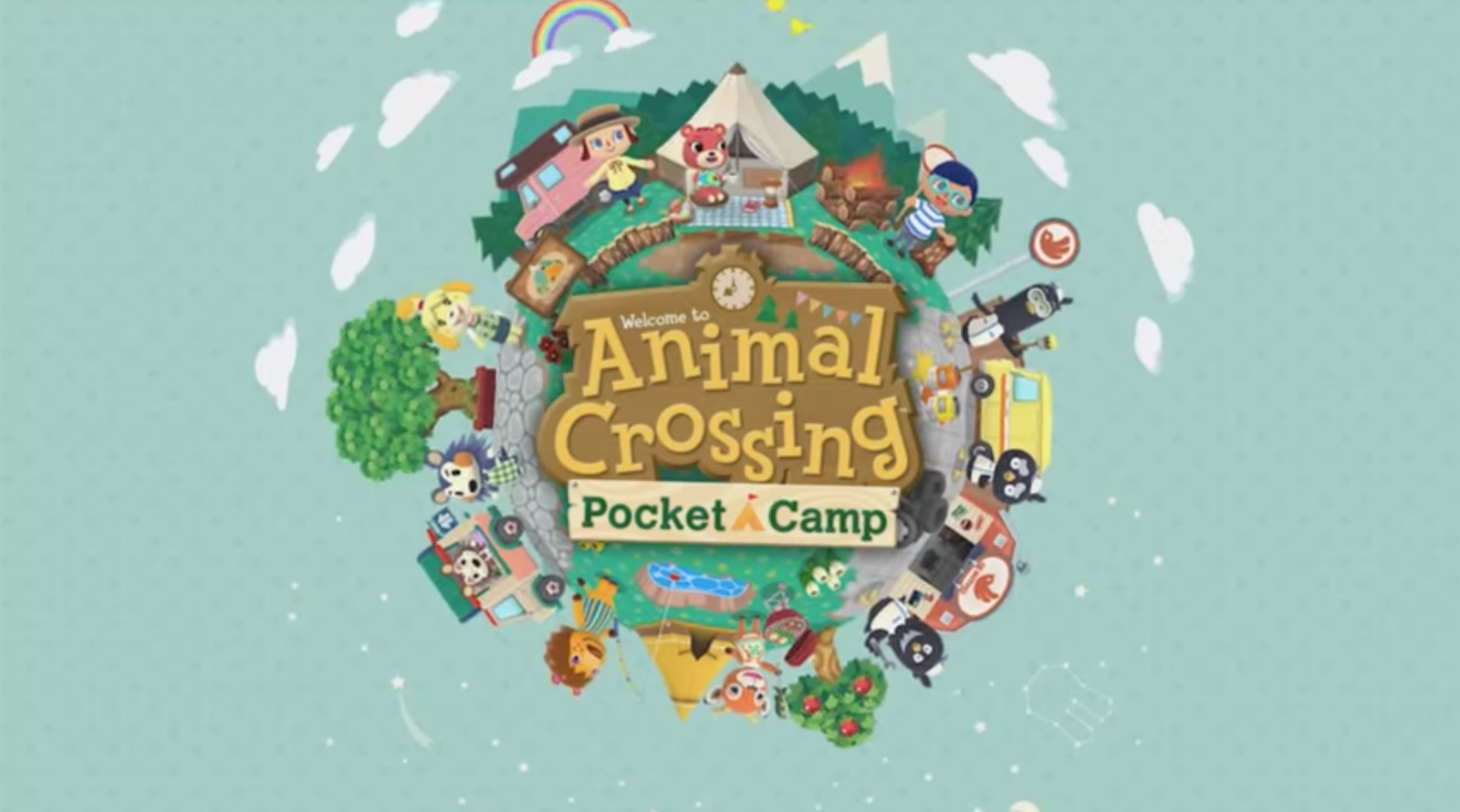 Animal Crossing: Pocket Camp is the fourth and penultimate game created by Japanese mobile developer DeNA in partnership with Nintendo. It follows Miitomo, Super Mario Run, and Fire Emblem Heroes, games that were critically–if not financially–successful (Super Mario run has been downloaded over 200 million times, but did not result in “acceptable” profits for parent company Nintendo).

In the two weeks since its worldwide release on November 21, I’ve played Pocket Camp on iOS daily for about thirty minutes at a time. I’ve built up my campsite to a point where I feel I have a decent grasp of what a typical progression path will look like (and all of the rewards and costs therein). Interestingly, I haven’t once felt pressured into buying the game’s currency de jour: Leaf Tickets. I’m struggling to figure out if that’s a flaw or a merit, and I’ll explain why in a bit.

Like its predecessors, Pocket Camp looks and feels like its console counterparts, with the typical peppering of social content and microtransactions expected in a mobile title. Pocket Camp draws most of its inspiration and assets from Animal Crossing: New Leaf (2012), the most recent iteration of the main franchise. It’s essentially New Leaf Lite—a free to play alternative for those who may not have access to one of Nintendo’s many DS systems.

In AC: Pocket Camp, you’re occasionally treated to cute little scenes like this one.

Progression is simple and feels rewarding. You’re building up a campsite for your villager friends to hang out in, and to do so, you’ll need to run errands for them and collect crafting materials. Finding things that they want is easy—although fruit trees have timers and some bugs and fish are rarer than others, it only ever takes a bit of light hunting to track down what you need.

Each time you complete a task, whether it’s an errand for a villager or one of Isabelle’s stretch goals, you’re rewarded with Bells, crafting materials, Friendship Points, and even Leaf Tickets on certain occasions. The grinding for resources and timers won’t feel like a chore to Animal Crossing purists; we’re used to waiting, in real time, for the fruits of our labor in the console versions.

You can also add friends via code or through linking your Twitter or Facebook, though the social aspects of the game are disappointingly lackluster. You can visit a friend’s campsite, buy items from their marketbox, leave them kudos or provide one-click assistance when they want to mine at the quarry, but that’s where interaction ends. It’s likely limited to keep the game family-friendly, and I respect that—even if it does make me wonder why a dedicated friends list is necessary.

The game’s economy is a bit of a mess. $1 will buy you 20 Leaf Tickets, which can get you one shot at the quarry to earn rare crafting materials or bells, one special item like a bottle of honey, or speed up short crafting timers. One of the more expensive items in the game is Totakeke’s stool, which you can craft with 250 Leaf Tickets (about $12) to get the Animal Crossing DJ to hang out at your campsite.

This isn’t exactly a problem, though, because I haven’t yet felt obligated to use Leaf Tickets at all. I was prepared to drop a few dollars on the game at launch, but so far it hasn’t been necessary. Special items like honey and fishing nets are close to useless, you don’t need to visit the quarry because Bells and resources are plentiful, and waiting for Cyrus to build Amenities and furniture is par for the course for any hardcore Animal Crossing fan.

I was able to buy Totakeke’s friendship with just a few days of natural gameplay, no purchase necessary.

And that’s probably why elements of the game I wouldn’t necessarily forgive otherwise work here. Animal Crossing is the perfect franchise to port to a mobile, daily check-in title like this one. Its players aren’t looking for flashy rewards or to be on a leaderboard. Animal Crossing is a game about simplicity and patience; the satisfaction of watching a little bit of effort pay off after time passes. To that end, Pocket Camp succeeds.

I can’t help but worry a bit about Nintendo’s bottom line, though. Super Mario Run’s margins disappointed—it was too generous, too quick and loose with its content (although it did have the benefit of a $10 one-time payment for most of it). I’m worried Pocket Camp, like Super Mario Run and Miitomo before that, will end up being another brief flash in the pan before its content updates are abandoned in the face of players’ waning interest.

Pocket Camp has potential. I just hope that Nintendo sees it that way.

Animal Crossing: Pocket Camp is a high-quality mobile title that lives up to its console counterparts, and is certainly better than most of what you'll find available in the free-to-play market today. Unfortunately its confusion over the value of its content and barely-there social features make me question its long-term staying power.

Taylor is as eclectic as her taste in video games, and she appreciates aesthetic and a good OST. She has a BA in International Business Management she doesn't know what to do with, and until recently helped immigrants and refugees learn English.
Related Articles: Animal Crossing: Pocket Camp
Share
Tweet
Share
Submit