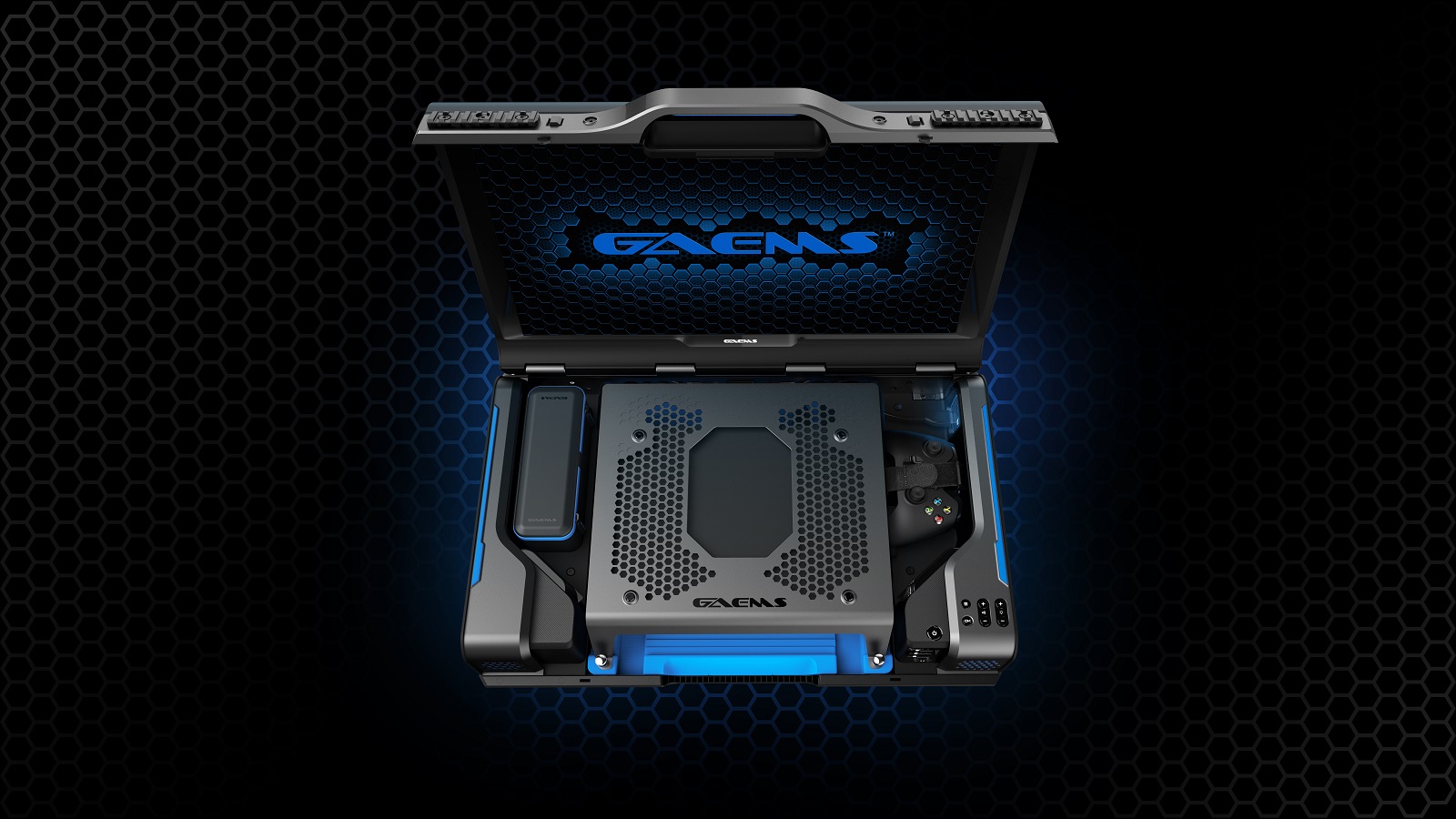 For more than a decade, hardware and accessories manufacturer GAEMS has made a name for itself building boxes. What started as a simple, inelegant solution to a common problem in the gaming community grew into a new industry directed towards console gamers on the go. About seven years ago, I bought my own personal gaming environment with the GAEMS Vanguard, which still serves me well to this very day. Maybe one day the future of gaming will be in console streaming, and we’ll all be playing console-quality games on our phones, watches, and sunglasses, but for now it’s hard to beat something as straightforward as a miniaturized home theater packed into a briefcase.

Last week, GAEMS launched their latest creation with the GAEMS Guardian, which feels like the final realization of a dream that started with a monitor in a plastic box. With a 24” 1440p monitor, two stereo speakers with subwoofers, and a centrally located media station all packed into a steel briefcase with accessory mounts and an HDMI passthrough on the outside, the GAEMS Guardian looks, feels, and performs like something built by NASA. In the dozens of hours I’ve now been able to play on the rig, I’ve not only forgotten multiple times that I wasn’t playing on my full-scale home theater, but have actually preferred to play out of the box in many cases. 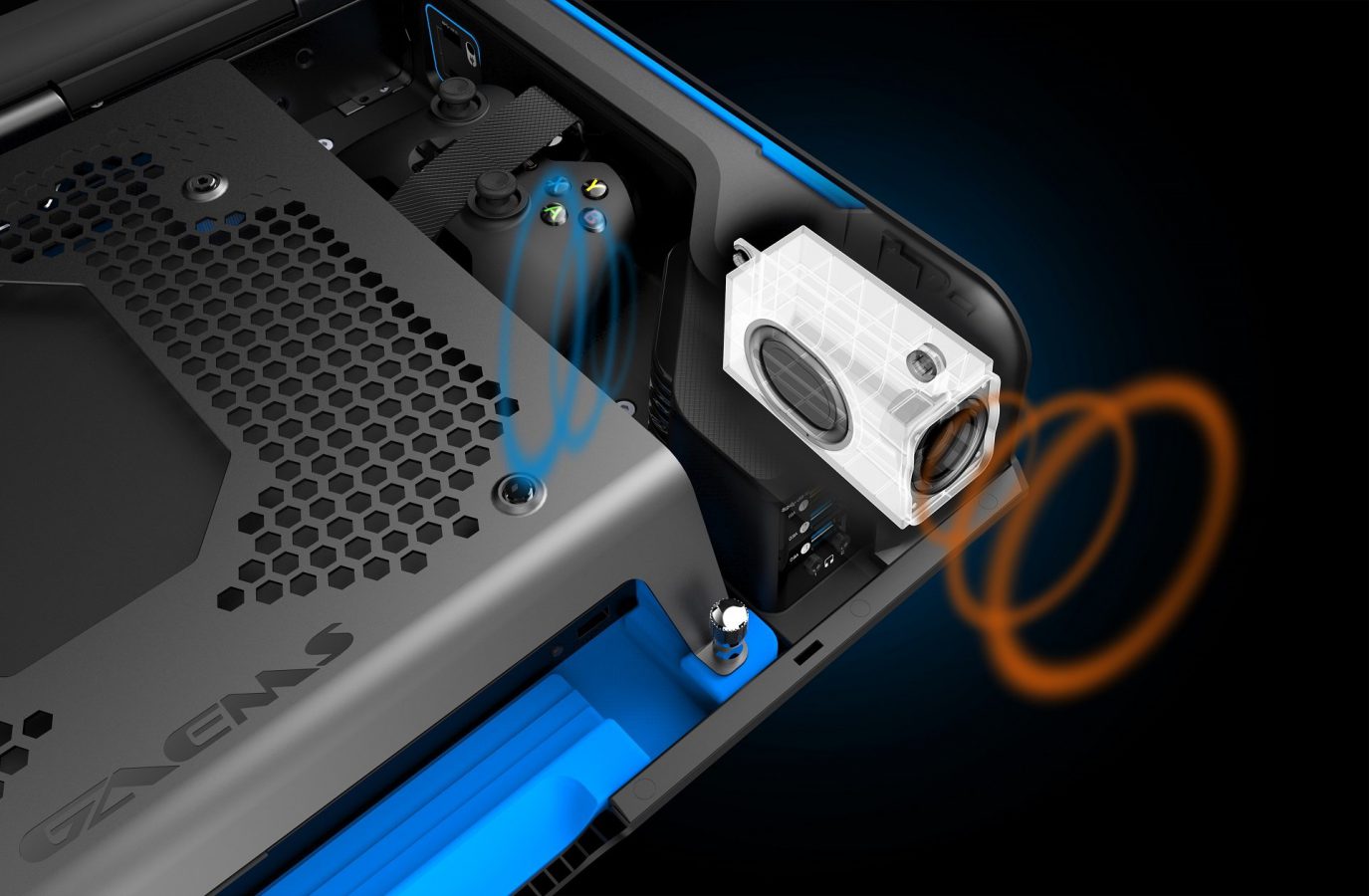 The first thing you need to know about the Guardian is that it’s absolutely huge. A 24” monitor might not sound like much, but when you open up the briefcase and stare the screen down at close range, it feels like a monitor twice its size. The case itself weighs over 20 lbs. without a console or any accessories packed in. With my Xbox One X and a controller docked inside, the entire package weighs over 30 lbs. The case’s interior has enough room to fit a console, one controller, and all the cords you’d need to power the system — with room to spare if you decide to pack other accessories inside (though you should do so at your own risk). When I travel with my Vanguard, I have to take an extra bag with me to carry cords and accessories, but the Guardian solves this problem at the cost of some extra weight, which is more than a fair trade.

The monitor is 1440p and doesn’t support HDR, but you’re unlikely to notice the difference. On a 24” screen built into the back panel of a briefcase, the graphical fidelity you get feels like technological sorcery that shouldn’t be possible. And whereas older PGEs had the monitor function as a separate device, complete with a tiny remote controller and small plastic buttons below the screen, this one is part of the box itself — when the box is powered on, so is the screen, and all adjustments can be made from the box’s media player directly. 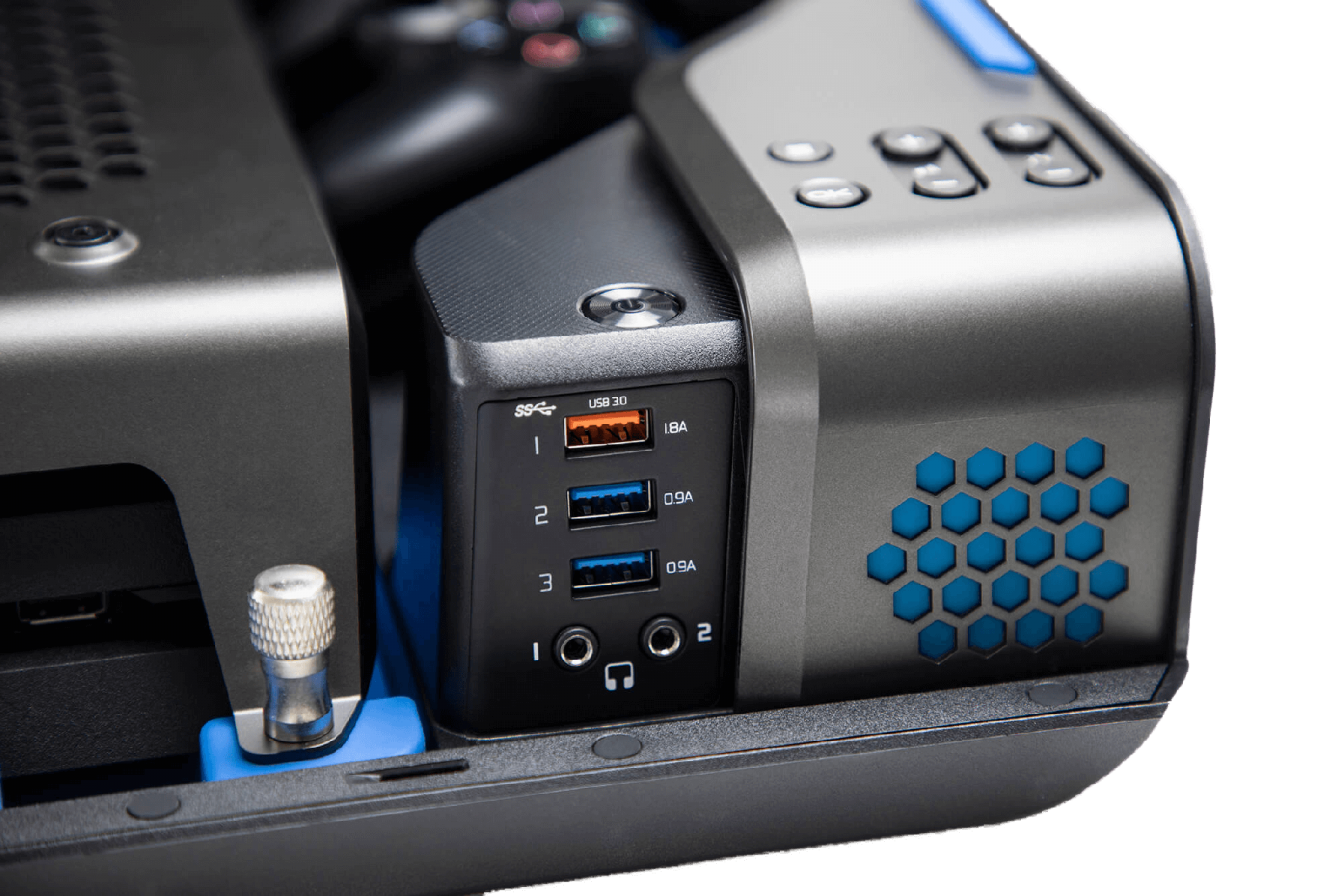 The speakers are equally impressive, boasting incredibly loud dual speakers, each with their own subwoofer. This past weekend, one of the biggest annual music festivals in San Francisco happened just down the street from my house. Usually I make myself scarce from the racket and crowds, but this year I decided to put the Guardian’s power to the test and tried to drown out their noise with my own. I’m happy to report that I forgot the concert was happening altogether after a short while. Alternatively, the media center also offers two auxiliary inputs for wired headphones, and wireless headphones can be paired with a controller or console directly.

The media center is one of the stars of the Guardian, as it’s a completely new feature to personal gaming environments. With three USB 3.0 inputs, two auxiliary ports, and half a dozen buttons to control audio, visual, and other settings, the small hub makes itself indispensable. And since everything passes through the console, plugging into any of the USB ports acts as if you’d plugged directly into the console, meaning that external harddrives and other accessories can function without having to reach to the back of the console. You can also just use the USB ports for completely separate purposes, like charging your cell phone. And because everything is already plugged into the console, you don’t have to unplug anything when moving from place to place, aside from the power cables. Packing up and going mobile is as easy as putting your accessories away, unplugging the power cables and stowing them in the box, then closing the lid. 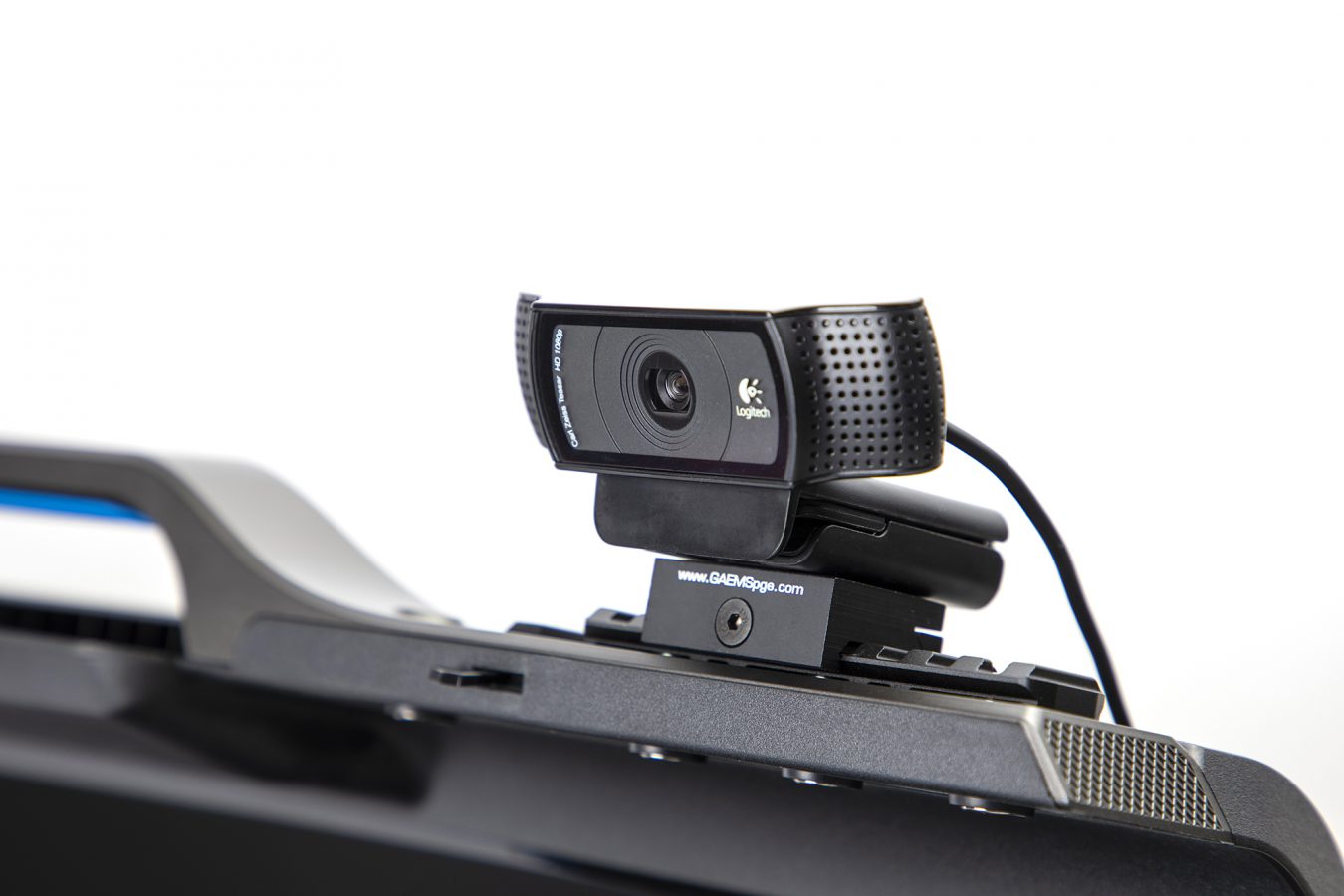 But one of the main draws of the GAEMS Guardian is its appeal to content creators, who can’t afford to take days off from their demanding audience. In addition to being able to provide a high-end experience for the enthusiast, the Guardian was built from the ground up to be used as a portable content creator’s studio. The main feature for content creators is in the mounts that sit atop the case, which can be used to install lighting equipment, cameras, or even second displays. I’m not a streamer myself, but I mounted a second screen to watch Netflix while gaming, and let me tell you, it was excellent.

Really the only complaint I have about the Guardian, aside from the weight and bulkiness of the product, is that the box itself can be a pain in the ass to open. The lid is quite heavy, and with a lock on either side of the handle, you almost need to have three hands to pull it open. There’s a trick to opening it that you’ll learn over time, but after a few weeks with it, I still haven’t exactly mastered it, and I’m used to opening up briefcases in my daily life.

The GAEMS Guardian is the best portable gaming environment that’s ever been built, and a perfect solution for streamers or hardcore gamers on the go.

You know that jerk online that relentlessly trash talks you after every kill? That guy was probably Travis "Tie Guy" Northup. Competitive, snarky, and constantly wearing a tie, Travis has been writing his opinions about electronic media since he was a teenager, and is pretty much the only person to hold his opinions in high regard.
Related Articles: GAEMS Guardian, Hardware
Share
Tweet
Share
Submit