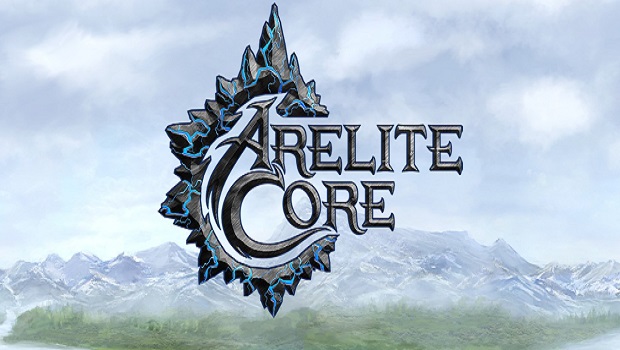 It seems these days that JRPGs are taking cues from western influences and developing into open-world, cinematic sprawls. This isn’t a bad thing necessarily, but it does make the times when the genre returns to form that much memorable. Titles like Eternal Sonata and Gurumin highlight how a modern spin on an old formula can work, with linear storytelling complemented by some great gameplay. Dragon Slumber aims to recapture the magic of 16-bit RPGs with Arelite Core, a 2D game inspired by the JRPG classics of the SNES. While it does suffer from some generic identity, the game is a loving homage to the JRPGs of the 90s.

Calm down, we haven’t gotten to the review just yet.

Right off the bat, Arelite Core’s story comes off as something from an early Final Fantasy: Karden, the game’s main protagonist, is training to become a master blacksmith. The game supports his calling by tasking him with meeting blacksmiths across the land as well as mining for precious metals in caves. While traveling with his friend Baeme, a wisecracking engineer, he uncovers a plot by the evil Talameq, who wishes to devour the world. In his journey, Karden meets a colorful cast of supporting characters who have different motivations for stopping Talameq and his various henchmen. The story does veer into generic “heroes must save the world!” territory, but its narrative structure fits the game perfectly.

The next episode of Dragon Ball Super looks nice.

The reason I did enjoy the narrative more than I would have expected was mainly due to the supporting cast. While Karden is your typical hero archetype, you have a range of other unique characters that you can control, from the comical Baeme to the brooding Ibram, a monk that holds one of the more surprising moments in the game. Each of the playable characters are memorable and keep the story chugging along at a decent pace. Every playable ally can be renamed as well, which is great for those who might want a more personal experience. I gave every character that wasn’t Karden a nickname, so it was a neat little touch.

You can also name your equipment. I got jokes, y’all.

However, what sets Arelite Core apart from the competition is its turn-based system. Taking cues from modern RPGs like Final Fantasy X and XIII, the game introduces a system where you can clearly see when a character or enemy will fight. Depending on speed of an action, it will place your character somewhere down the line before they can take another turn. The strategy kicks in with stances: by attacking, parrying, or blitzing, your character will gain bonuses based on the stance. Attacking, for example, might increase the chance of a counter attack when hit, while defending will heal and decrease the time it takes for the character to act again. Characters can stockpile up to three blitz points by attacking, defending, or taking damage, which will enable special attacks that range from healing to an area of effect attack.

The new Lord of the Rings movie looks nice.

Related to stances is the stun meter, which fills up as a character takes damage. When complete, this will cause the character to lose a turn. Both enemies and players can suffer this effect, so you’ll have to be careful and change stances to decrease this meter. Buffs and debuffs play an important part of the game as well, since most bosses can be inflicted with decay (a poison spell) or sluggish (a slow spell). In addition, you can rack up combo hits and combo crash attacks like Karden’s first blitz can utilize these combos to inflict more damage. The counter resets after a combo crash is used, but also after an enemy successfully attacks, so you’ll have to either dodge or stun the baddie if you want to keep racking up a combo.

It does seem a bit simplistic at first, but it quickly ratchets up in difficulty by the time you get to a four character party, which makes the game so fun to play. Throughout the game, you’ll have stance points, which you can allocate outside of battle; these points affect your stances have within combat. For example, I changed Ibram’s attack stance to inflict more damage and add fire elemental damage at the cost of slower blitz accumulation, while Baeme’s parrying ability had a chance to craft an explosive that I could either use or sell. The stance point system is a cool way of adjusting to battle on the fly, and could spell the difference between a win or loss. While almost all turn-based RPGs have a grind to them, I really enjoyed spending a half hour here and there to switch up my tactics and farm experience points. It’s a winning battle system that I found stimulating and charming.
However, while the battle system is excellent, a few things in the package are lacking. I did appreciate the pixel art style within battles, as character sprites are fluid and colorful, and each of the enemy types are unique and wild. It was always a fun experience to see a new enemy and tackle its weaknesses. However, the environments outside battles are unremarkable and end up being plain and dull. You can tell that there’s a field environment, a cave environment, an ice environment, and so on. Compared to the nice sprite art, the settings don’t really give the game any favors.

Enemy sprites are for the most part larger than your own, so expect humans to be twice your size too.

The story also feels a bit archaic due to its linear structure as well. It seems like each town is disconnected from each other, and feels like a self-sufficient story rather than an overarching narrative (think of it like episodes of the Pokémon anime). The NPCs suffer from meaningless conversations aside from a choice few, which is in stark contrast to the supporting cast. Aside from a choice few surprising moments (such as one involving Ibram’s character arc), the story can feel constricted by its linear structure. Even the other mechanic, mining metals in order to create stronger items, seems a bit limited due to the linear nature of the narrative.

Hello darkness, my old friend…
(Unfortunately, the overworld can get a bit barren at times.)

While it’s not a dealbreaker, Arelite Core is also a bit on the short side in comparison to other games in the genre. Advertised as a campaign that will last 20 hours (with an achievement for beating it in under 10), it seems a bit short compared to its inspirations, which are at least twice as long as this game. However, for what it’s worth, the game is great for a playthrough, and the developer promised to create DLC to increase the longevity of the title.

A love letter to the 16-bit era, Arelite Core is a great indie addition to the JRPG library. With its excellent battle system and colorful cast of characters, this game is a great trip down memory lane.

Elisha Deogracias is an aspiring accountant by day, freelance writer by night. Before writing for Gaming Trend, he had a small gig on the now defunct Examiner. When not being a third wheel with his best friends on dates or yearning for some closure on Pushing Daisies, he's busy catching up on shonen manga and wacky rhythm games. Mains R.O.B. in Smash. Still doesn't know if he's a kid or a squid.
Related Articles: Arelite Core
Share
Tweet
Share
Submit