I reviewed Back 4 Blood on the Series X but decided to review Tunnels of Terror on PC to avoid the console version’s poor aim assist. That meant playing on a version with hardly anything unlocked. You might think it’s unfair to assess new content on a virtually brand new account, and I can understand that sentiment, but I can confidently say it doesn’t matter if you’re brand new or experienced. Besides new characters and Ridden, Tunnels of Terror doesn’t give new players content worth engaging with, and it’s practically pointless for veterans. Each piece of content is individually exciting but mostly a waste of time as a package.

Tunnels of Terror’s featured content are Ridden Hives. These are challenging, labyrinthine mini-dungeons randomly sprinkled throughout each campaign act. While working your way through to any of the multiple exits that bring your deeper or take you to the next level, you’re fighting off constant hordes of  Ridden — all modified by Nightmare difficulty level Corruption cards — while searching for Skull Totems, and collecting powerful weapons from Warped chests that also deal 20 trauma damage when you open them. They’re meant to be punishing, with constant risk-reward scenarios that dangerously increase the tension as you look for an exit. But they bring an adrenaline rush of dread and combat that feels consistently exciting compared to the lackluster early campaign missions.

If you successfully survive a Hive with Skull Tokens, the totems become currency for unlocking exclusive cards and cosmetics. The problem is you can only find three per dungeon. The unlock line for Skull Totems is expensive, forcing you to complete at least three dungeons so you can move down the unlock line. That risk isn’t worth the reward if you’re a brand new or solo player. Brand new players won’t have decent builds or skills to adequately survive. Seasoned players, like myself, who play solo can do well with matchmade teams, but those teams must be competent, and finding those is harder than finding a Kmart. But eventually, the difficulty becomes overwhelming, so I don’t receive satisfying rewards. And as much fun as I have, it vacillates based on my matchmade team, so it’s not always motivating to queue another run when I know it’s going to be a slog.

Understanding the risk-reward of running Ridden Hives is where you realize there’s no point to them. Why enter Ridden Hives if you’re using an account with suboptimal or nonoptimal builds? It’s more beneficial to earn supply points and unlock cards by playing the campaign on whatever difficulty you can handle. There’s no doubt the cards you earn from Skull Totems are valuable, but what you can get from the base game works just as well. If you’re a veteran player and already have a great build, you’ll breeze through Ridden Hives. If you’re at that point, what else is there to accomplish? It’s like Turtle Rock Studios designed this expansion believing most people would be in the endgame. Maybe that’s true, but even accomplished players have little use for this.

However, I don’t want to be unfair. There is one reason experienced players may want to invest in Skull Totems: No Hope difficulty. It’s the next difficulty after Nightmare and throws everything at you. I fought a Hag boss about halfway through the first stage, for crying out loud. It’s so challenging you draw every card in your deck from the start. I beat the first level by myself, but that was 35 minutes later, with support from the ridiculously overpowered bots. You can only play solo offline, but you need at least one other player if you want to play online. Otherwise, there is no matchmaking.

Tunnels of Terror includes two somewhat helpful Cleaners that are, at least, fine for mixing things up. Heng spots Ridden Hives and gives a 5% chance to reuse an accessory. 5% is ludicrously low, so I never noticed that effect in action, and it doesn’t take a spotter to discover Ridden Hives, so Heng is useless. Sharice, on the other hand, is incredibly useful. She mitigates trauma damage by 25% and adds extra shield health for all teammates. In my review, trauma damage was one of my complaints, so it’s reassuring Turtle Rock added a Cleaner who specializes in reducing permanent health damage. She’s my go-to pick now. 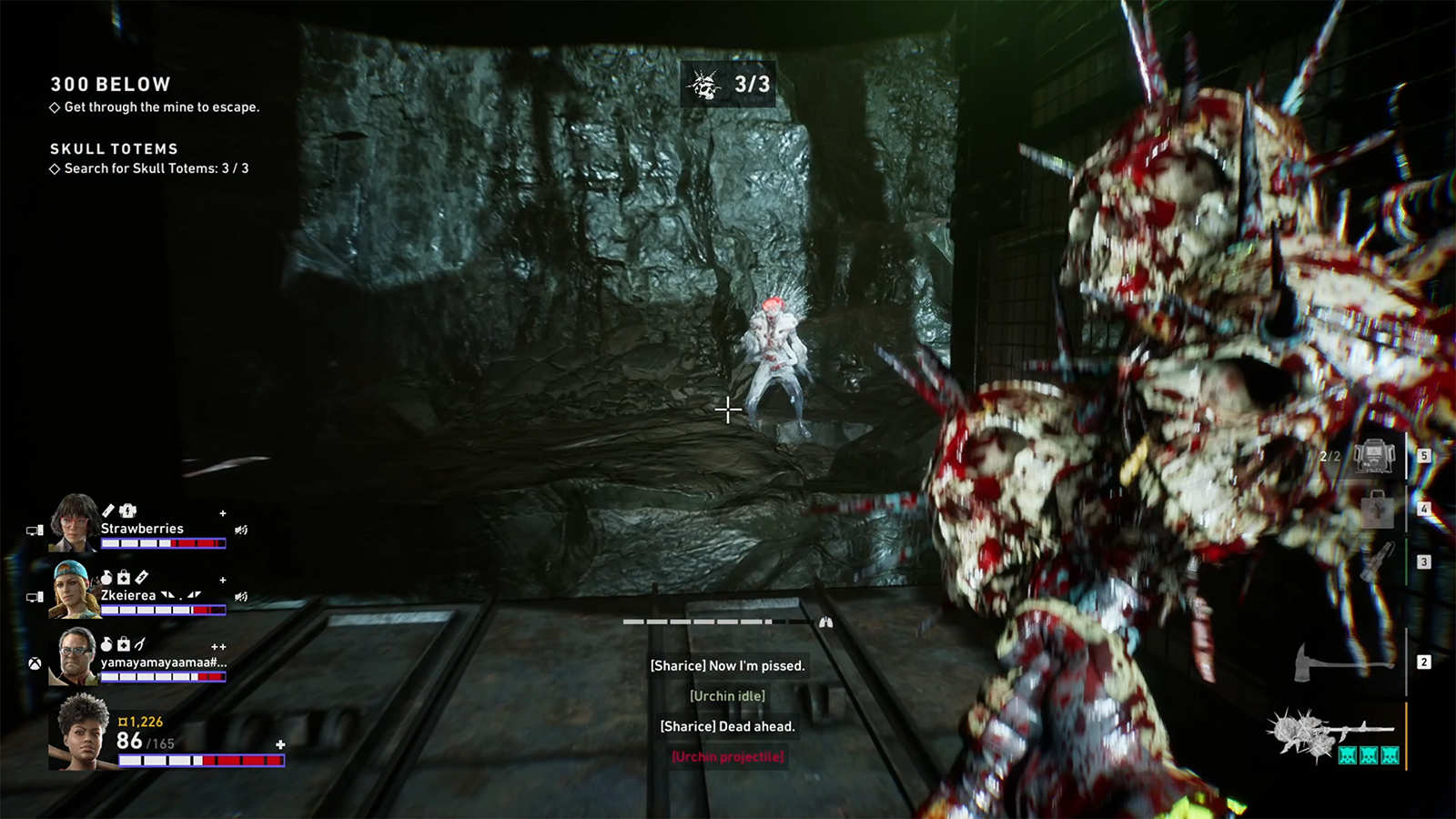 The last addition from Tunnels of Terror is Warped Ridden. These horrors have spikes sticking out of them and long-range attacks. The Warped Tallboy, for example, slams the ground and sends an earth-shattering shockwave over a short distance. You don’t want to mess with them, but they don’t require alternate attack strategies, which is a letdown when encountering them. They end up feeling no more frightening than regular Special Ridden. The same applies to multiplayer. You can choose Warped Ridden, but they hardly change how you fight them and aren’t any more effective. That’s great for balance but doesn’t enhance the excitement.

Turtle Rock added interesting content in Tunnels of Terror. Ridden Hives offer a compelling challenge, new Cleaners are somewhat worth experimenting with, No Hope is undeniably challenging, and Warped Ridden make you think twice, at least for a moment. But what's missing is purpose. Heng is useless, Ridden Hives aren't worth the risk for the reward and Warped Ridden aren't any more terrifying or game-changing. It's hard to identify Turtle Rock's aim, but there's no question it was off.