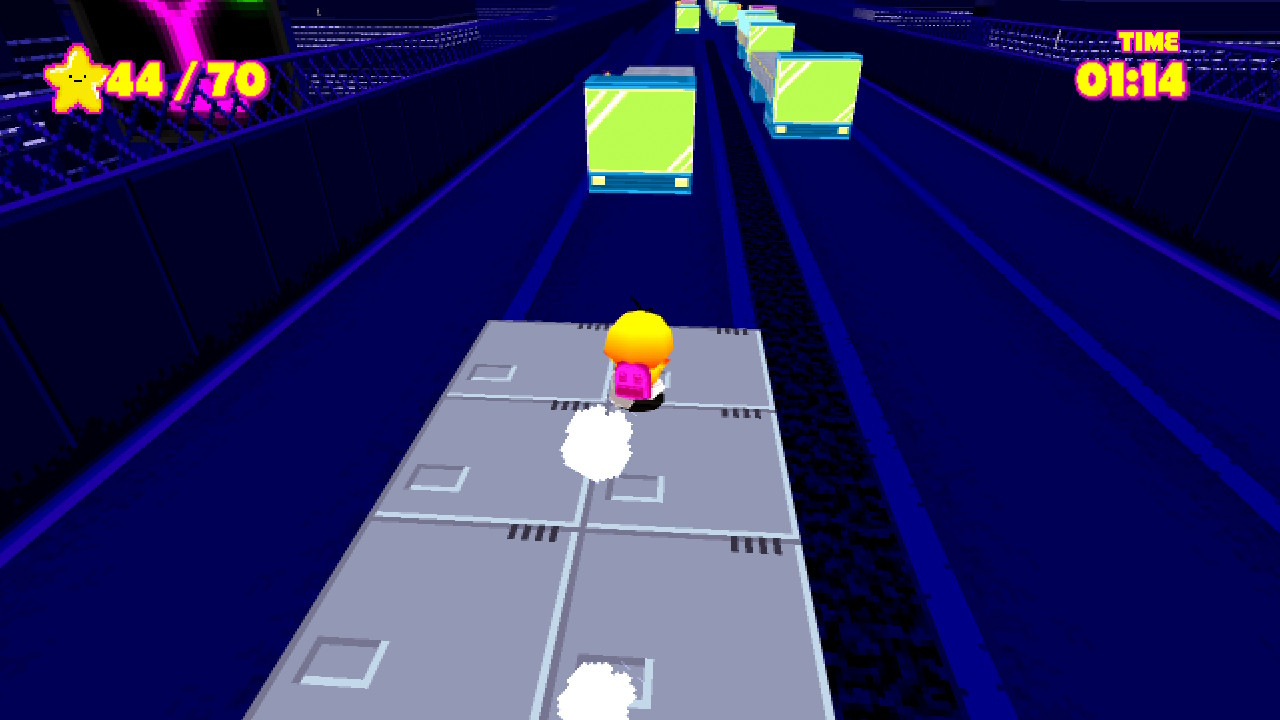 In a world where next-gen titles can retail at $70, I find it refreshing to see indie games launching at much lower prices. So much so that two games I’ve reviewed on the site were solely because they were a measly 99 cents. I like impulse buying games as much as the next person that has 500+ titles in their Steam backlog. Price isn’t indicative of a game’s quality, and that much is true for Toree 3D, a whimsical bite-sized platformer that’s a clever homage to the PlayStation 1 era as well a blend of surreal creepy elements. 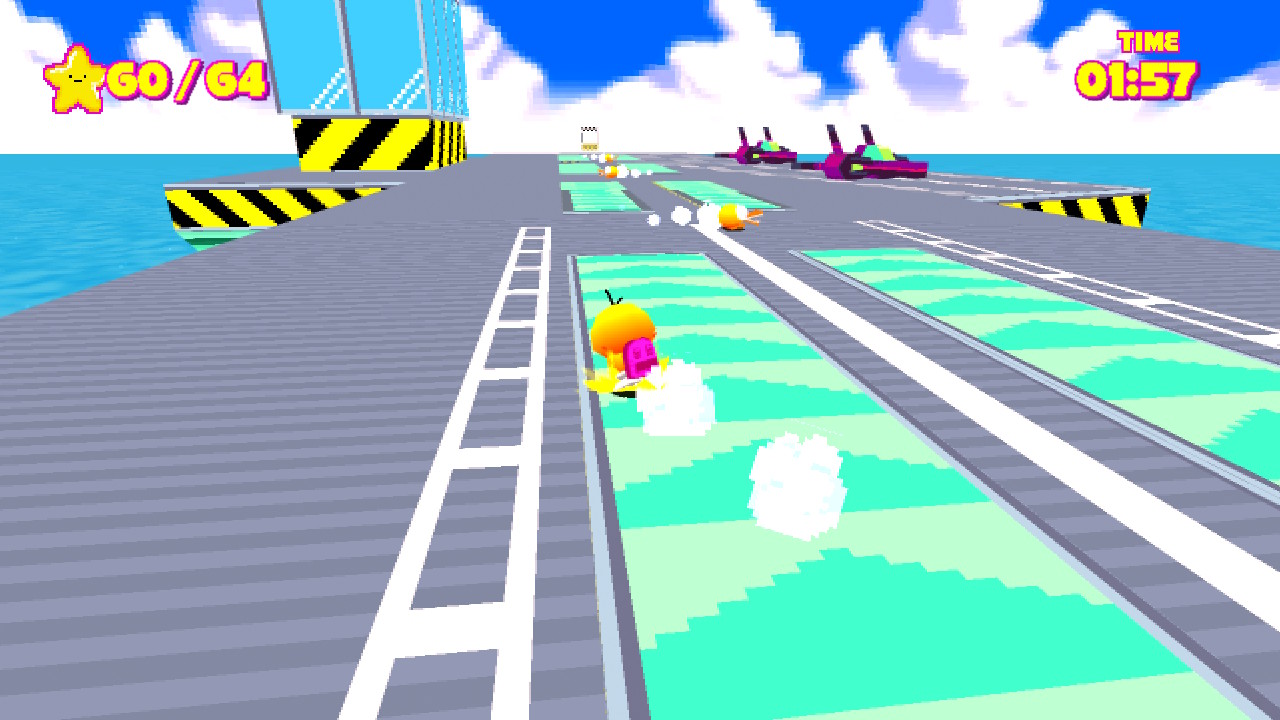 In Toree 3D, you guide the titular bird across 9 levels in order to get to the exit. Toree can run and double jump, but cannot defeat the enemies that are in the way; hit one and you get sent back to the most recent checkpoint. It’s a simple gameplay system that works in the game’s favor. Owing to the PS1 aesthetic, it feels like a fifth-generation 3D platformer with the speed of an early 3D Sonic game (thankfully without a massive number of glitches). There are some other goals that you can achieve after running through a level, where you can collect stars or get an A ranking on the level (doing either will unlock a bonus character). The former takes some time but is easier than getting an A ranking, of which times are pretty tight. I had to retry and optimize my strategies in order to even get a handful of A ranks, though the level design is great to zip around with Toree, but I just wish there was a concrete way to look at what time is needed for an A rank. 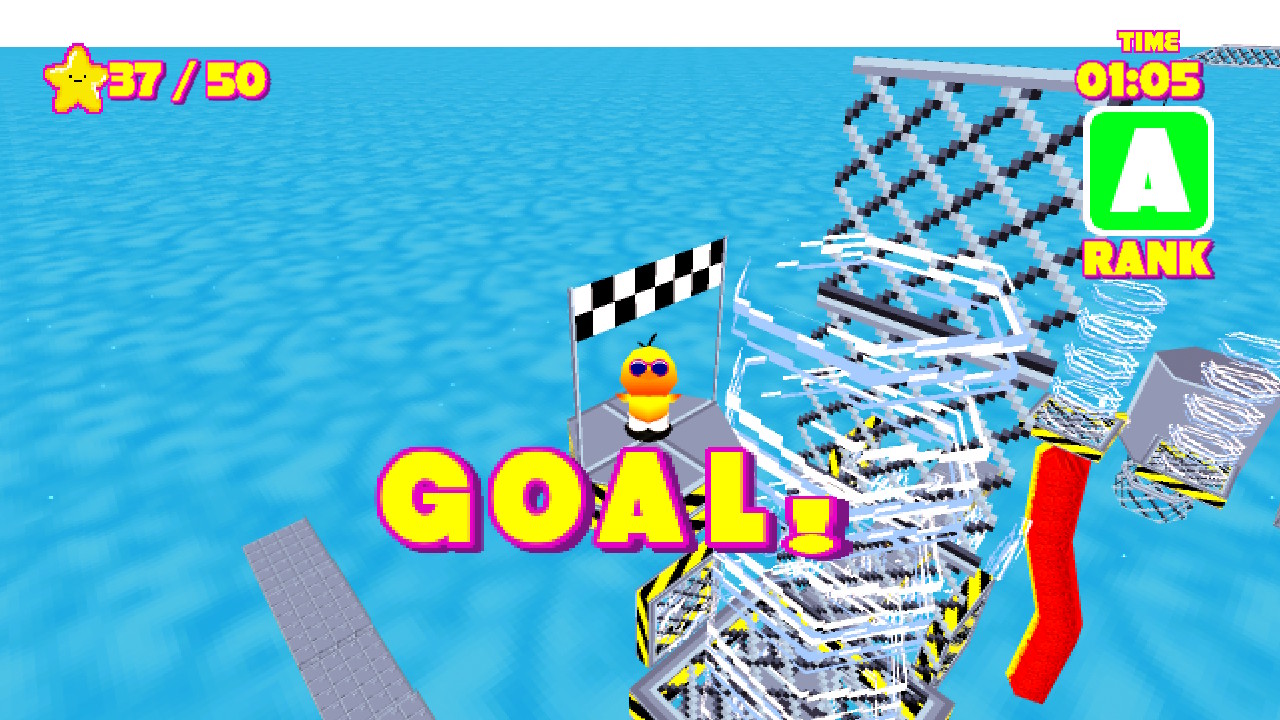 I enjoyed the intentionally blocky graphics, and the 90s look and feel of the game is a nice choice. The music is appropriately charming and addictive, and there were a few tracks that stood out (specifically the first and last ones). Toree 3D runs perfectly well too, with no framerate drops and a blistering sense of speed that isn’t impeded by the aesthetic. The designs are fun to look at, and I enjoyed the bright colors here. It’s a goofy package that evokes the childhood nostalgia I’ve had from a Kirby game.

Speaking of Kirby, I love how that series could get super dark at the drop of a hat. (My man out here fighting literal gods and staring death itself in the face in Smash Ultimate while looking so adorable!) Likewise, Toree 3D has an unsettling atmosphere to it that starts from the first level. Something about each level feels off, and while it doesn’t get explicitly frightening, it’s definitely not all bees and rainbows. Each of the four main settings are repeated twice, and these second versions feel surreal and sometimes spooky. 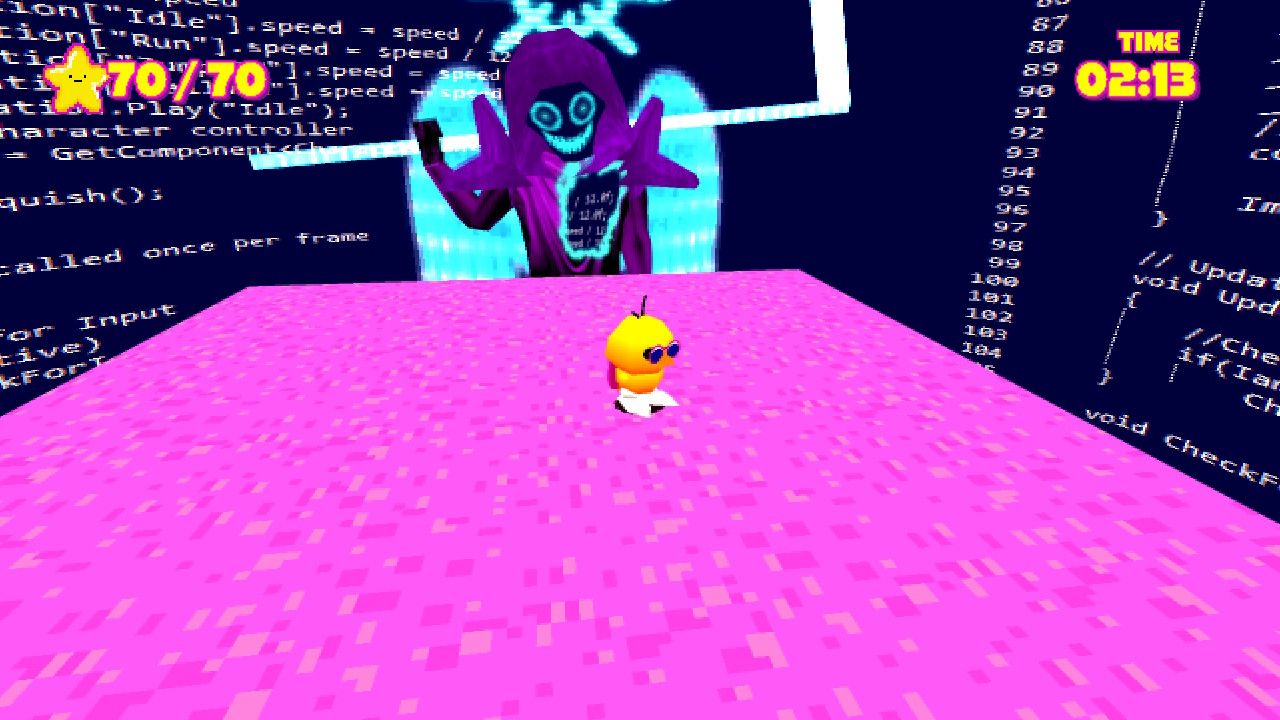 They can also be downright TERRIFYING at times.

For example, the first time you head to the ice world (the third level), there’s a big-mouthed monster that just pops out near the end; it’s scary because it’s just there rather than it being a jumpscare. That said, the second version of this level has snowballs that turn into similar monsters, almost as if the game telegraphed this appearance beforehand. Other second versions are similarly disconcerting, and it feels like you’re playing a creepypasta game with its scarier elements. It’s not strictly a horror game, but if you’re a fan of Jack Stauber or something like Too Many Cooks, this will be right up your alley. 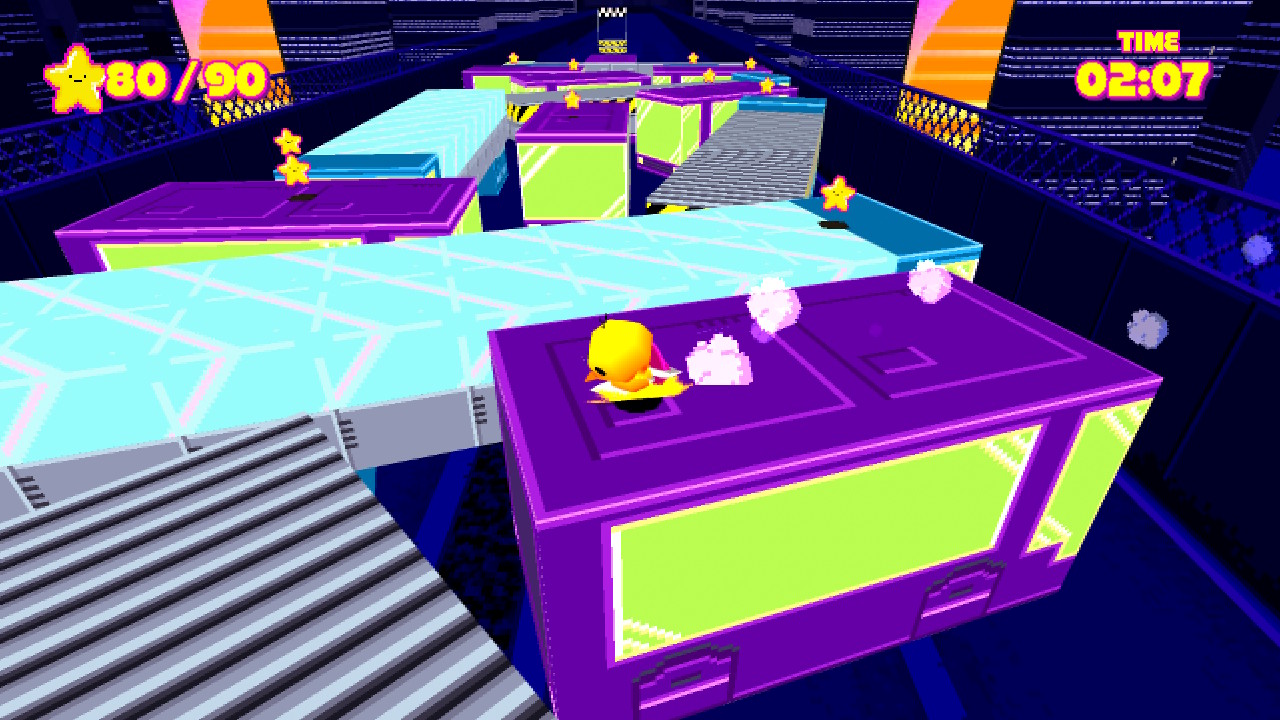 While the overall game is amazing, a big problem remains with the camera, which can rain on your parade (especially when trying to speed through with an A rank). You can point to where you’re running with the ZL button or use the right analog stick in order to rotate your perspective, but I felt both methods were cumbersome when trying to align myself. The overall length of Toree 3D could be an issue as well (nine levels clock in at around half an hour not including replays), but this is mitigated by the low price point of literally under a dollar. Seriously, at this price I can recommend it to everyone with an iota of interest in platforming games. It’s that good.

Simultaneously using its charm and creepiness to great effect, Toree 3D is an adorable little game with an amazing soundtrack and wonderful art style. It has just enough content to keep you hooked, and at 99 cents is an instant recommendation for anyone looking for a quick platforming fix.

Elisha Deogracias is an aspiring accountant by day, freelance writer by night. Before writing for Gaming Trend, he had a small gig on the now defunct Examiner. When not being a third wheel with his best friends on dates or yearning for some closure on Pushing Daisies, he's busy catching up on shonen manga and wacky rhythm games. Mains R.O.B. in Smash. Still doesn't know if he's a kid or a squid.
Related Articles: Indies, Toree 3D
Share
Tweet
Share
Submit