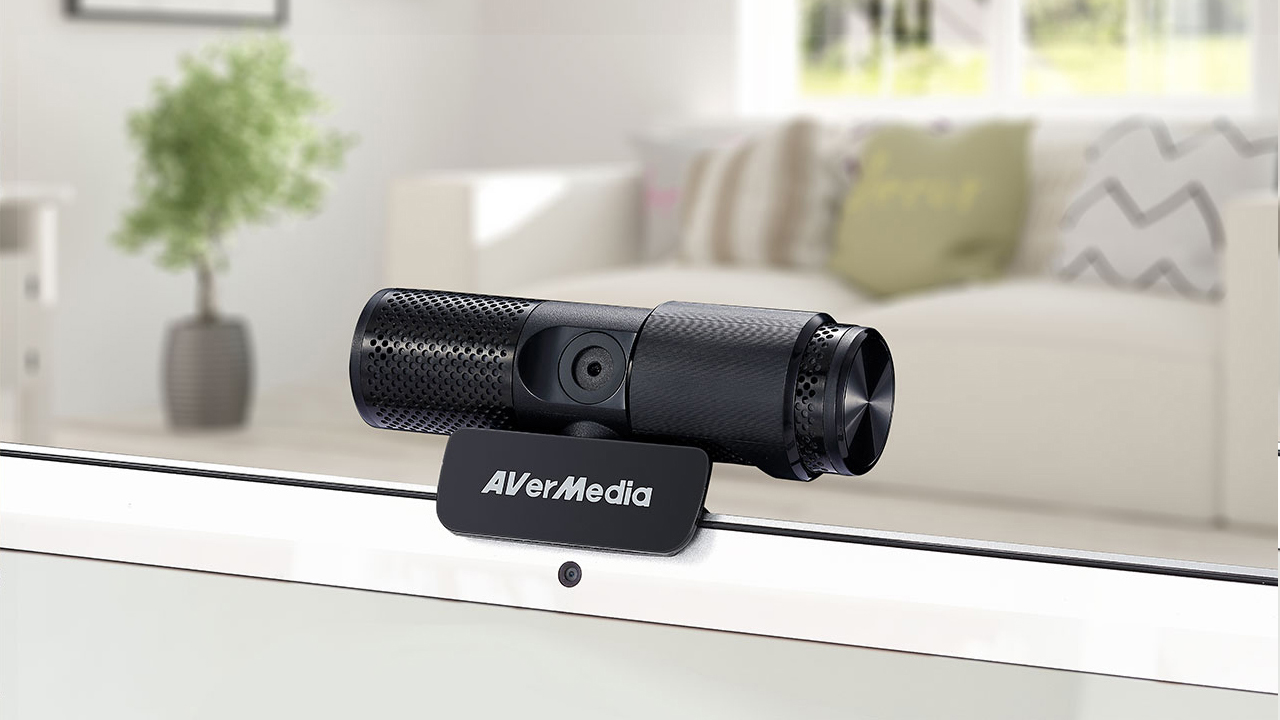 AVerMedia has been slowly taking over my capture world. Its Live Gamer Mini Ultra (my review) is my go-to when I travel, and when I’m home it’s the Live Gamer 4K (my review) that handles the heavy lifting when I’m capturing console or PC at a high resolution. Now, they are taking a bite at the streaming apple with a fresh new product — the AverMedia Cam 313. While they do have other webcams (i.e. their 4K UHD webcam at a staggering price of $499), this one is squarely aimed at streamers. Let’s unpack AverMedia Cam 313 Live Streamer camera and see what it can do.

Opening the box, there’s very little inside and that’s somewhat to be expected. The AverMedia Cam 313 is a USB video camera, or UVC, which is to say that it doesn’t require special software, including AVerMedia’s own RECentral 4 to function. This means you can simply import the camera as a “Video Capture Device” in OBS and it’s off to the races. It also means the box contents are the camera with a five-foot integrated cord, a protective foam bed to protect it, and the instructions and warranty paperwork. 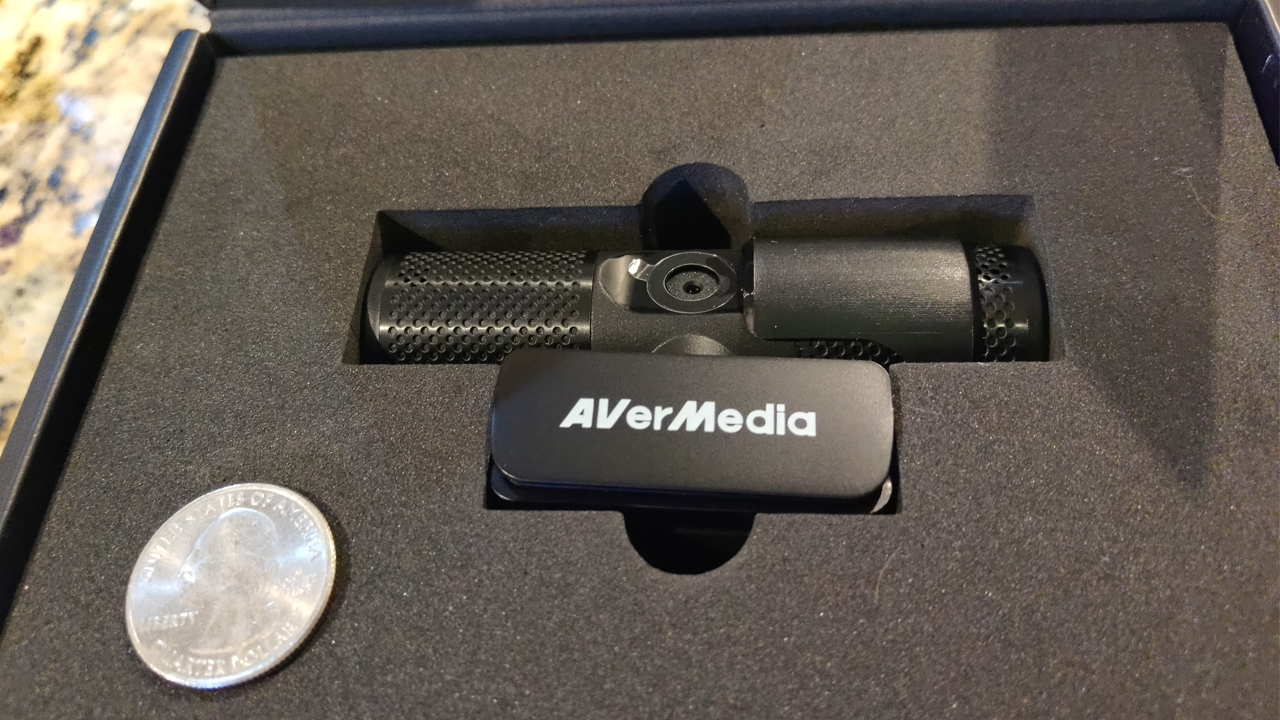 For an apples to apples comparison, I need to take into account that this device is an $80 camera. That means it can’t compete with the likes of the Razer Kiyo, but it’s also not meant to as that device is more than twice the price. With that parameter in mind, let’s look under the hood.

The AVerMedia Cam 313 is a full 1080p camera, equipped with a pair of integrated microphones, a sliding physical privacy shutter to cover the camera when not in use, and a padded frame with an integral frame to allow it to perch on thin monitors, or even be mounted to a tripod. The camera body can swivel 360 degrees, as well as tilt forward or backward, or twist left or right slightly to match your needs.

Beyond the camera, AVerMedia provides access to their streaming and capture software, RECentral 4, as well as a few effects and filters to help spruce up your stream with a pair of cat ears, goofy mustaches, and other Snapchat-like filter elements. I’m boring, so I can’t say those are my jam, but if they are your thing the filters and effects are free as long as you are using RECentral. 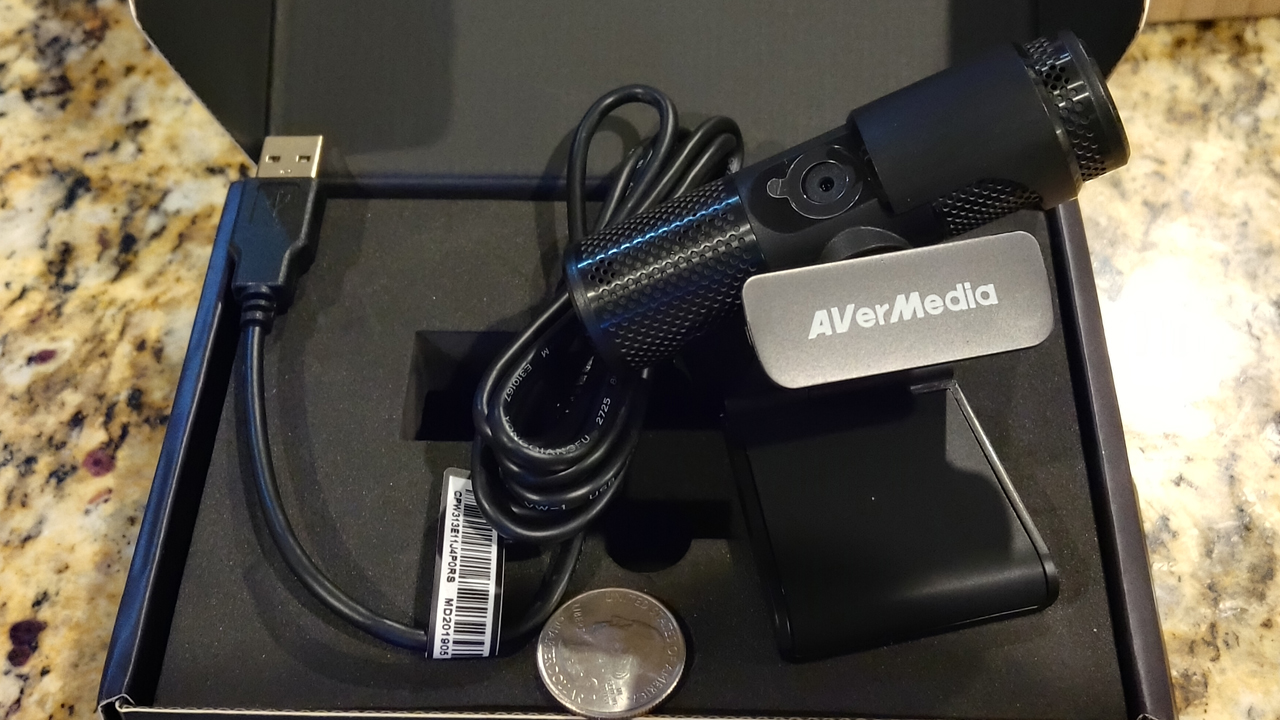 The head of the camera can swivel for different angles.

There are some features that the Cam 313 has in common with the most expensive streaming cameras on the market, and a few that it can claim all for itself. The Cam 313 can be tripod mounted, which is handy if you want to create different angles or place it somewhere other than perching on top of your monitor. The 360 degree swivel head can be used similarly to show more than the usual head-on look of most streams — something I’ve not seen in other cameras. Better still, it’s remarkably compact, making it a great camera for impromptu interviews during a tradeshow or similar situations on the go.

Also unique to the device is a privacy shutter. In a world where remote code execution can let some joker take control of your camera, knowing that your device is blind with a physical privacy shutter provides a little peace of mind.

The camera itself is a full 1080p video, operating at 30fps courtesy of a two megapixel lens. On each side of the camera is a mono microphone to capture voice. Rather than describe what that looks and sounds like let’s jump into an Overwatch stream and you can see and hear for yourself!

As you can see, the video is crystal clear, and it handles the limited motion you’d expect during a stream perfectly and without dropping a frame. Where I feel it lacks a little bit is the pair of mono microphones. In the end, it’s serviceable in a pinch, but overall sounds a bit hollow. Any streamer worth their salt is using a separate microphone in addition to their camera, so that’s not a concern for the vast majority of use cases.

I was surprised to see that the camera does a great job of using natural lighting. While it’s not as effective as a dedicated light, the scene behind me wasn’t washed out or dark. I felt like the camera captured my face without any issues, and my shirt was easily readable on camera. In terms of camera quality, the Cam 313 Live Streamer is aces.

Maybe you need a second angle, perhaps you don’t need the dedicated lighting, or you are just starting out. No matter your situation, it’s hard to argue with the camera quality on the AverMedia CAM 313 Live Streamer. Just do yourself a favor and pick up a microphone.

Ron Burke is the Editor in Chief for Gaming Trend. Currently living in Fort Worth, Texas, Ron is an old-school gamer who enjoys CRPGs, action/adventure, platformers, music games, and has recently gotten into tabletop gaming. Ron is also a fourth degree black belt, with a Master's rank in Matsumura Seito Shōrin-ryū, Moo Duk Kwan Tang Soo Do, Universal Tang Soo Do Alliance, and International Tang Soo Do Federation. He also holds ranks in several other styles in his search to be a well-rounded fighter. Ron has been married to Gaming Trend Editor, Laura Burke, for 21 years. They have three dogs - Pazuzu (Irish Terrier), Atë, and Calliope (both Australian Kelpie/Pit Bull mixes).
Related Articles: AVerMedia Cam 313 Live Streamer, Hardware
Share
Tweet
Share
Submit