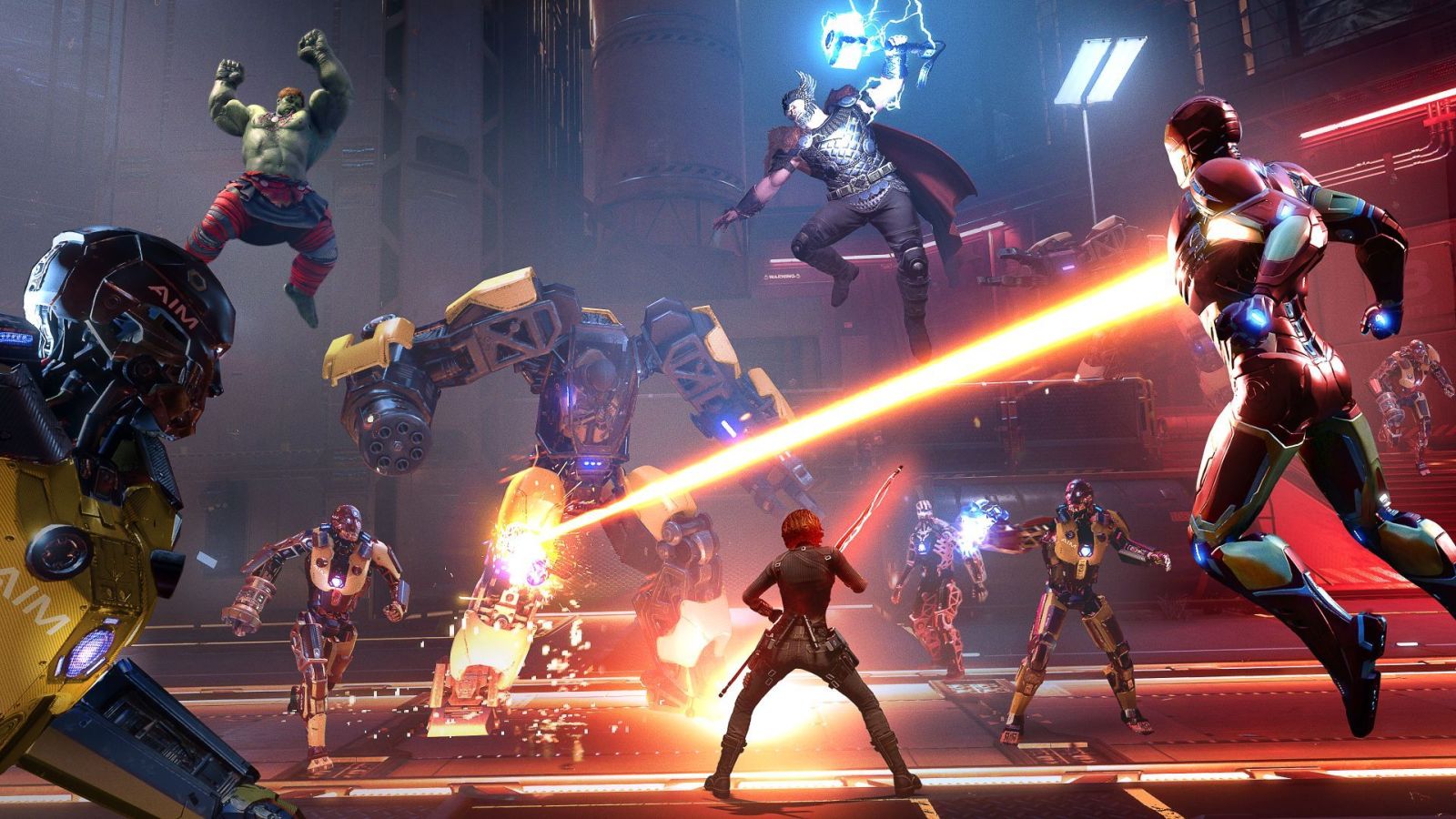 If there’s a shining example of why we need to cut the rope and let the previous generation die in favor of the PlayStation 5 and Xbox Series X, it’s Marvel’s Avengers. Riddled with last-gen framerate and resolution issues, as well as a myriad of bugs, the console versions were in rough shape at launch. The PC version fared marginally better, facing similar bugs and design choices, but without the challenges of performance issues. Our extensive review stands as a check-in at launch, but here we are now six months later. What’s changed as we see a next-gen native version finally launched, and our first installment of post-launch content? Editor David Flynn and I dove in on the PlayStation 5 to find out.

The first and most obvious improvements come from the far-superior hardware of the PlayStation 5. With two options, performance and quality mode, the latter aims to hit a 4K/30 mark, with quality shooting for 4K but at 60fps. To hit these goals, team Square Enix turned to longtime partner Nixxes to perform the delicate surgery, and they’ve done so with their usual success.

As they clearly have invested a great deal of time, technology, and expertise on the subject, we’ll lean on the Digital Foundry’s folks and their fantastic comparisons between the PS4 Pro and the PS5 in both modes. In their video they draw the conclusion that the PS5 is running in a checkerboard with dynamic resolution, shifting between 1440p and 1800p, depending on what’s going on with the chaos on screen. You can see David and I run a mission together with my PlayStation 5 running in quality mode below:

In our video you can also see the fantastic upgrades to texture quality on display. Now matching the PC version, the PlayStation 5 gets a boost to overall quality, as well as better particle effects, streaming, and drastically improved motion blur quality. In quality mode we also see cleaner shadow edges with pop-in completely removed that we could see. From my eyes having spent quite a bit of time with the game on PC, this PlayStation 5 version may even be an improvement against that version — another feather in the Nixxes cap it seems.

Flipping to performance mode we see the framerate rocket to an unshakable 60fps with only the most minor of quality differences. While we couldn’t say the same for the last generation, there is no doubt that whichever you pick — 60 or 30, that’s precisely what you’ll get. Resolution may flutter between 2K and 4K, but the framerate won’t. The on screen text for quests, subtitles, and other things can be a bit more difficult to read in performance mode, but that smooth 60 is well worth it for more fluid feeling combat and platforming.

Beyond framerate, the biggest improvement for Marvel’s Avengers has to be load times. Loading the game on my PS4 Pro I saw load times in the 60-70 second range for jumping into a mission. On the PlayStation 5 this was reduced to just 5 seconds. PC players will know this, but David discovered something interesting — his load times were slower than mine. The answer on why is simple — m.2 drive performance is reduced as they approach fullness. You can see the performance difference as we load in and complete our second run below. David had roughly 4-5 seconds of extra wait time as his PlayStation 5 was full of games, whereas I had recently culled a few that I had completed.

It was also readily apparent that pop-in had been eliminated completely, showcasing the faster streaming capabilities of the hardware. Despite both of us picking high-flying characters, the game didn’t have a single bit of pop-in that we could see. Whether zipping through wide open areas, or flying through tightly-packed buildings, nothing appeared out of thin air to break our immersion.

One area that doesn’t fare as well with the 4K upgrade is UI scaling. Smaller text, most notably quest objectives, can be difficult to read at this resolution. On PC this isn’t an issue, but the same cannot be said for the console version. Undoubtedly the Nixxes team will copy over their work from the PC version to the consoles, so this is likely to be patched fairly quickly, I’m sure.

The biggest difference between the PC version and the freshly-upgraded PlayStation 5 would be the addition of DualSense rumble and trigger features. Unfortunately, these are currently a bit of a mixed bag. Vibration when you take damage is a cool effect, and the additional trigger tension makes throwing Cap’s shield feel tactile and engaging. Unfortunately, it’s not evenly applied as Black Widow’s guns have no such effect, and is currently bugged in a way where it just stops rumbling or giving tension entirely occasionally. Bafflingly, the Nixxes team also added a small rumble to each and every footstep your character takes, much like Control. In a game with this much motion, that’s a poor idea as it means your DualSense will be rumbling at some level nearly all the time.

While the PC version had severe crash issues at launch, it seems like we’ve got a few to contend with on the console at launch as well. While nowhere near as severe, we did encounter freezes, hangups, and even a blue-screen crash with extended sessions on the PlayStation 5.

The launch version of The Avengers shipped with over 1000 identified bugs. I’m very happy to see that the game has evolved considerably since then. Beyond the stability challenges, I can’t say I ran into nearly as many bugs as I did on PC. Voice repetition is still alive and well, and we are still somewhat starved for content, but with the simultaneous release of the Hawkeye expansion, and the promise of a Black Panther campaign launch before the end of summer 2021, it seems like we are finally on track for a more consistent release of fresh reasons to revisit The Avengers. While the much-needed cross-platform play still remains shrouded somewhere in the future roadmap, as does the initial promise of a console-specific release of Spider-Man, additional content and more options to find friends is precisely what is needed. Take a page from your upcoming release of Outriders and make this happen Square Enix — help us assemble our Avengers friends.

While the content shortage and cross-play challenges still exist, performance problems are eliminated, and bugs almost entirely eradicated by the next-gen console launch of The Avengers. Stability issues remain, but with the promise of a more consistent launch of content, the future is a little bit brighter for The Avengers.

Ron Burke is the Editor in Chief for Gaming Trend. Currently living in Fort Worth, Texas, Ron is an old-school gamer who enjoys CRPGs, action/adventure, platformers, music games, and has recently gotten into tabletop gaming. Ron is also a fourth degree black belt, with a Master's rank in Matsumura Seito Shōrin-ryū, Moo Duk Kwan Tang Soo Do, Universal Tang Soo Do Alliance, and International Tang Soo Do Federation. He also holds ranks in several other styles in his search to be a well-rounded fighter. Ron has been married to Gaming Trend Editor, Laura Burke, for 21 years. They have three dogs - Pazuzu (Irish Terrier), Atë, and Calliope (both Australian Kelpie/Pit Bull mixes).
Related Articles: Marvel's Avengers
Share
Tweet
Share
Submit