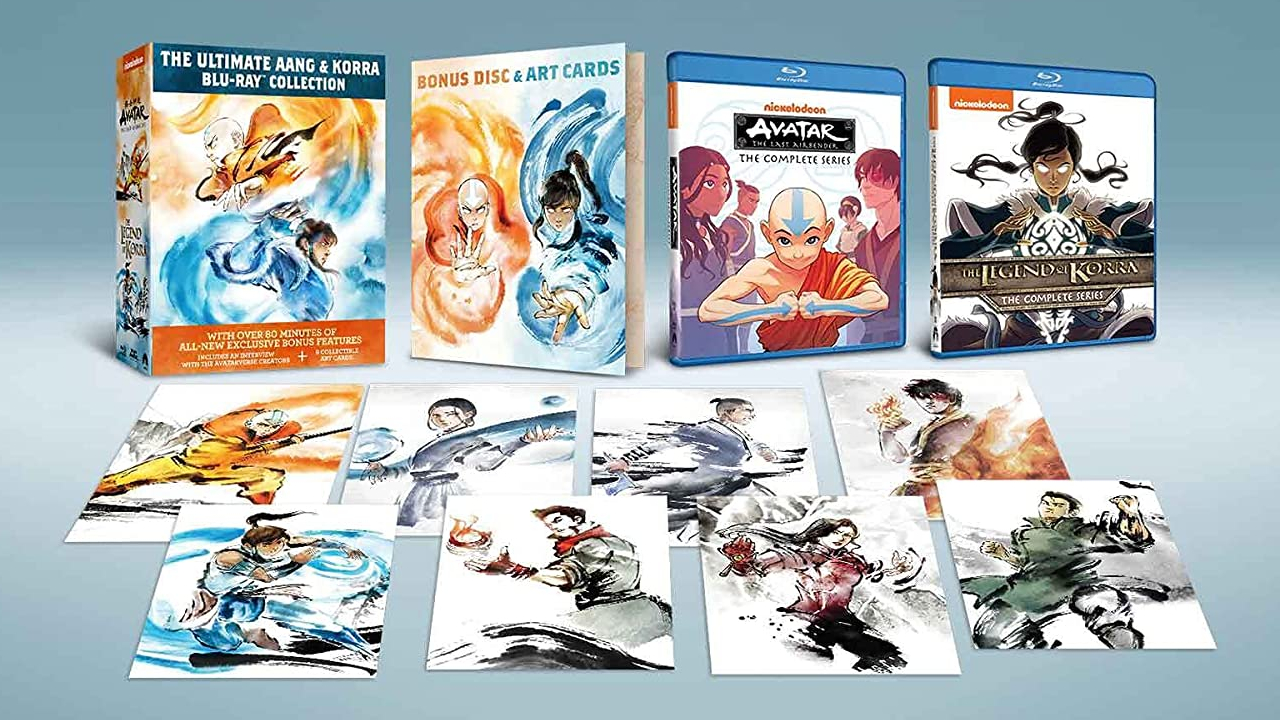 Nickelodeon has given us some incredible animated shows over the years. Rugrats, Spongebob Squarepants, The Fairly Oddparents, The Adventures of Jimmy Neutron: Boy Genius, Doug, Hey Arnold, Catdog, Rocko’s Modern Life, The Ren & Stimpy Show, Invader Zim, and many more, but none are so beloved as Avatar: The Last Airbender and The Legend of Korra. These two shows single handedly redefined what modern, long-form animated TV could be, giving watchers a story of growth, war, and the impossibility of destiny. Animated or otherwise, it’s simply a fantastic story, and easily one of my personal favorites. Just in time for the holidays we’ve got a brand new box set to check out – the Ultimate Aang & Korra Blu-Ray Collection. Let’s open it up, compare it to the previous box set, and see what’s new in the kingdom of benders.

I don’t intend to spoil anything about either show, so rest assured this will be a spoiler free review beyond some basic setup. 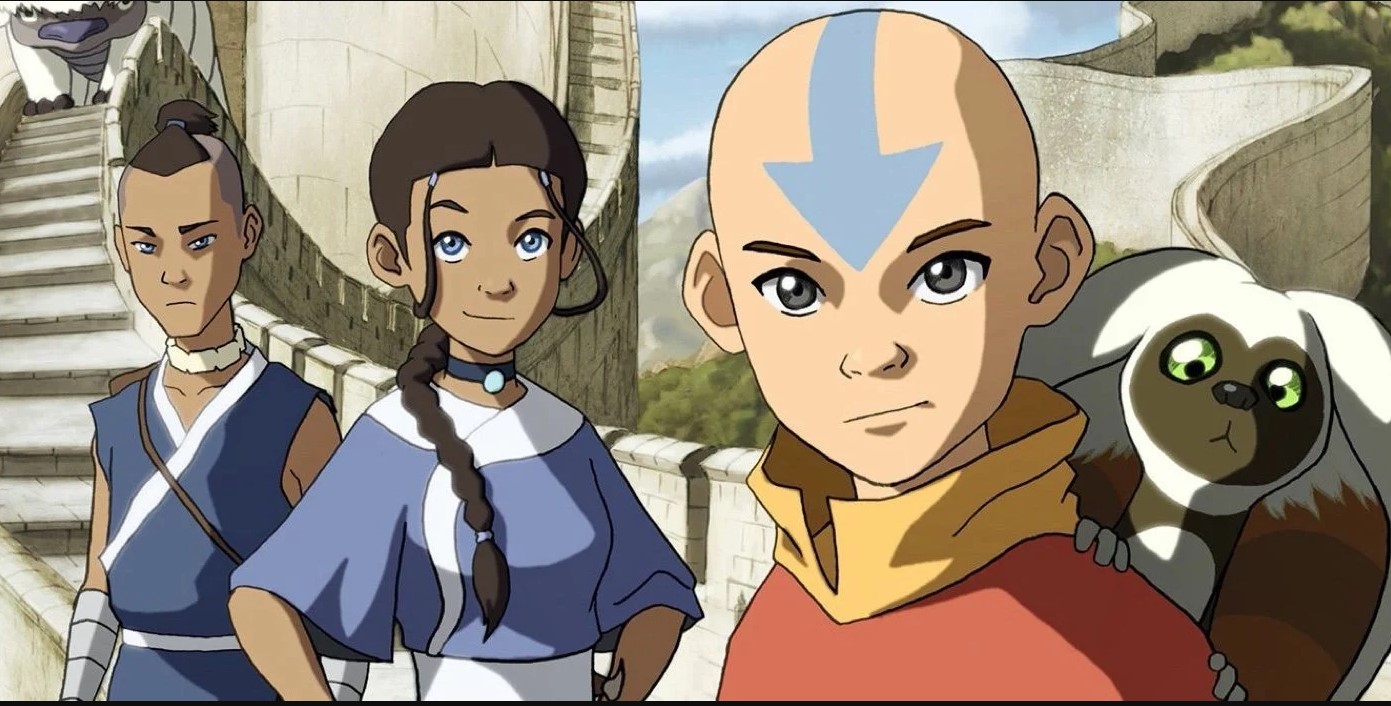 There is a lot to be excited about in this box set. First and foremost, it is complete, with 44 hours of show, but also a brand new additional disc full of new exclusive bonus goodies also spread across the 18 BluRay discs. That said, only the final disc is new to the box set if you have the previous one, or the Steelbook collection. The latter was overly compressed, so perhaps this box set is better in just that alone. On that final disc is a fantastic interview with the creators of the shows, Mike DiMartino and Bryan Konietzko. Additionally, there is a behind-the-scenes with the Avatar: Braving the Elements podcast hosts Janet Varney (she plays Korra) and Dante Basco (the voice behind General Iroh and Zuko). Across 80 minutes, they discuss how they brought the show to life, covering everything from how challenging it was to deliver foley effects like water and fire, as well as a ton of great information on the collective creative process. When you get a box set reissue, there’s often very little on offer, but here we’ve got something worth the price of admission.

Beyond the excellent additional disc content, there are eight watercolor art cards measuring 6”x4.5” and on relatively thick cardstock. Aang, Katara, Sokka, Zuko, Korra, Jet, Asami, and Bolin round out the gang, though I do wish they’d also included fan-favorites like Appa, Suka, and Toph, but we can’t have everything, right? 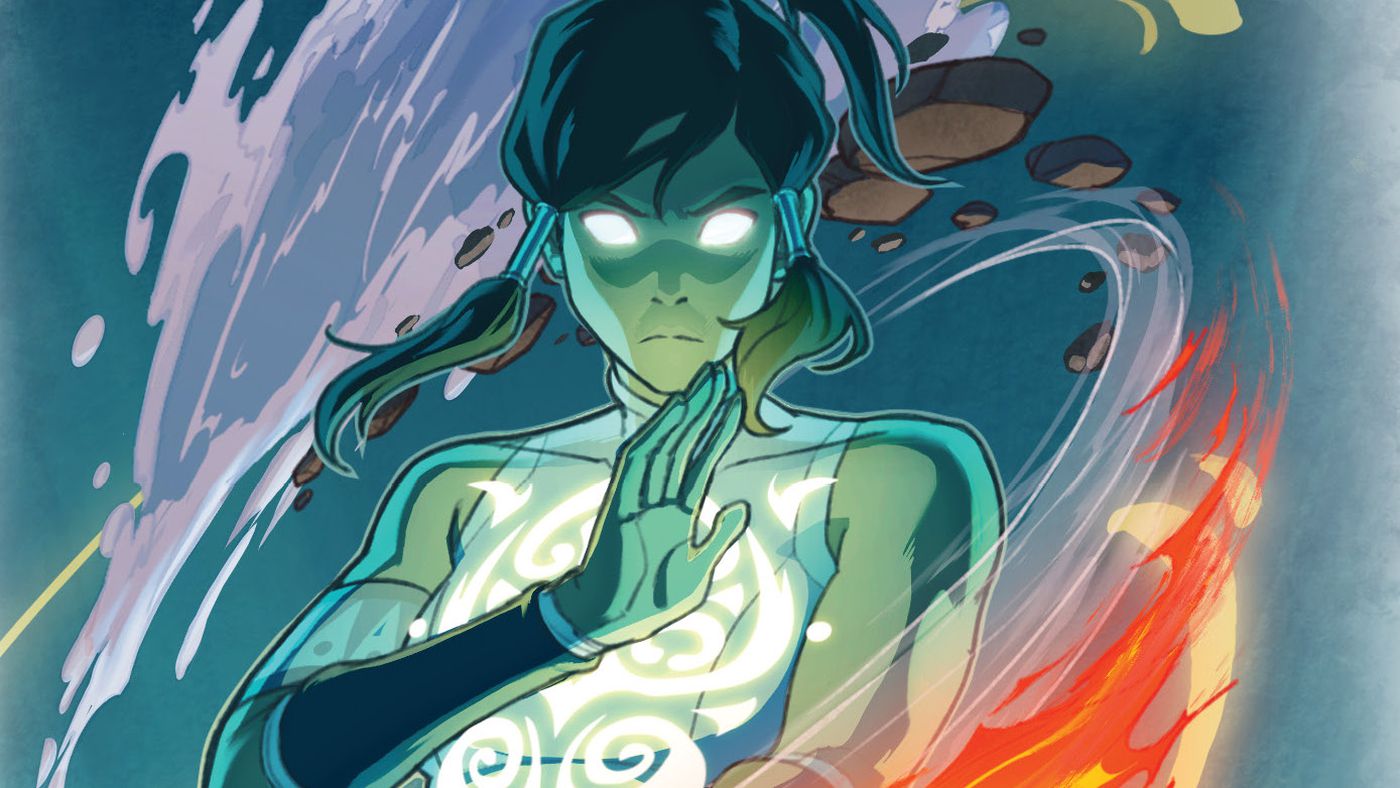 While the Steelbook’s black and silver look was fantastic, the new outer packaging for this box set is gorgeous. A beautiful Sumi art style, it shows Aang and Korra in a sort of Yin-Yang style as they unleash their power, spreading red and blue color all around them. On the plastic inner box we see an image for Aang and friends, and one of Korra, though the box art for both are the same as the original releases on Blu-ray and DVD. The bonus disc and art card sleeve is essentially the same yin and yang art, but with the protagonists facing us instead of to the side. On the reverse side are the elementary symbols for the four elements, fire, water, air, and earth. New art is always welcome, and this will look gorgeous on your shelf.

Speaking of how it looks, let’s talk about transfers. Avatar: The Last Airbender was animated in an 1:33:1 aspect ratio (4:3 aspect ratio) so you are stuck with that. The show was also animated in an age of standard definition television, so upsampling will have some effect but it’ll never be perfect. That said, there’s no doubt some work has been done – colors look bright and vibrant, and nowhere is that more clear than the water vs. fire clashes that happen throughout the series. Truthfully, the story is so good you are unlikely to even care about the transfer – it’s just that riveting. On the other hand, The Legend of Korra looks magnificent in 1.77:1 (16:9 aspect ratio), delivering vibrant color and gorgeous saturation on all textures. 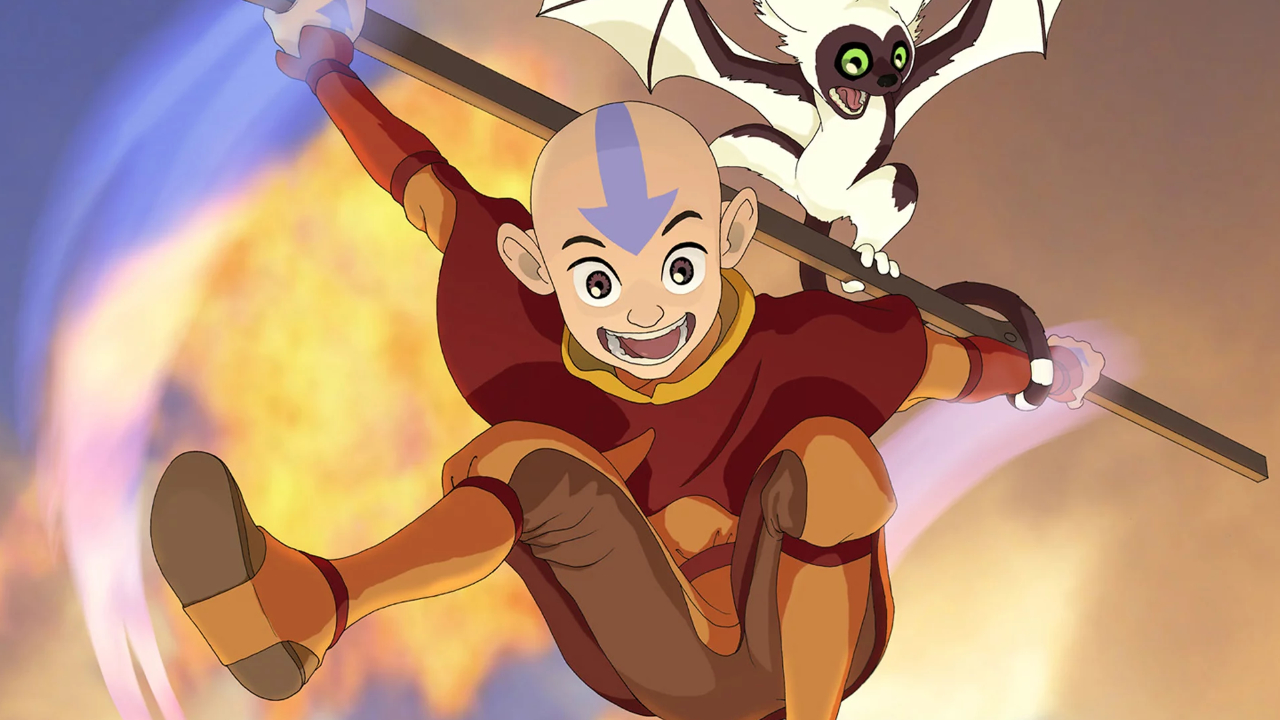 The audio options are about what you’d expect from a show made in 2005. The English tracks are mastered in 48kHz, 24-bit DTS-HD 2.0, with French and Spanish audio tracks getting the same treatment. It has enough oomph in it to give those epic element bending fights a good amount of punch, though the lack of a dedicated subwoofer channel will be evident In terms of subtitles, there’s really only English – a welcome site for those of us with hearing impairments, though it’d be nice to see more localization for other markets.

In 2018, Netflix acquired the rights to make a live-action Avatar show, forming Avatar Studios to bring it to life. Equally as exciting, Bryan Konietzko, co-creator of the Avatarverse and the Co-Chief Creative Officer of Avatar Studios, also announced that future animated shows will also be coming our way at some point in the future. While there was a significant gap between Avatar: The Last Airbender and The Legend of Korra (4 years to be precise), it’s been close to 8 years since that last installment. Here’s to hoping that both of these future projects are as successful as they are anticipated.

Frankly, if you’ve not watched these two shows you are missing out. Remedy that. This Ultimate Aang & Korra Blu-Ray Collection might not have many upgrades over its predecessors, but what is here is a welcome addition.

Ron Burke is the Editor in Chief for Gaming Trend. Currently living in Fort Worth, Texas, Ron is an old-school gamer who enjoys CRPGs, action/adventure, platformers, music games, and has recently gotten into tabletop gaming. Ron is also a fourth degree black belt, with a Master's rank in Matsumura Seito Shōrin-ryū, Moo Duk Kwan Tang Soo Do, Universal Tang Soo Do Alliance, and International Tang Soo Do Federation. He also holds ranks in several other styles in his search to be a well-rounded fighter. Ron has been married to Gaming Trend Editor, Laura Burke, for 21 years. They have three dogs - Pazuzu (Irish Terrier), Atë, and Calliope (both Australian Kelpie/Pit Bull mixes).
Related Articles: Ultimate Aang & Korra Blu-ray Collection
Share
Tweet
Share
Submit