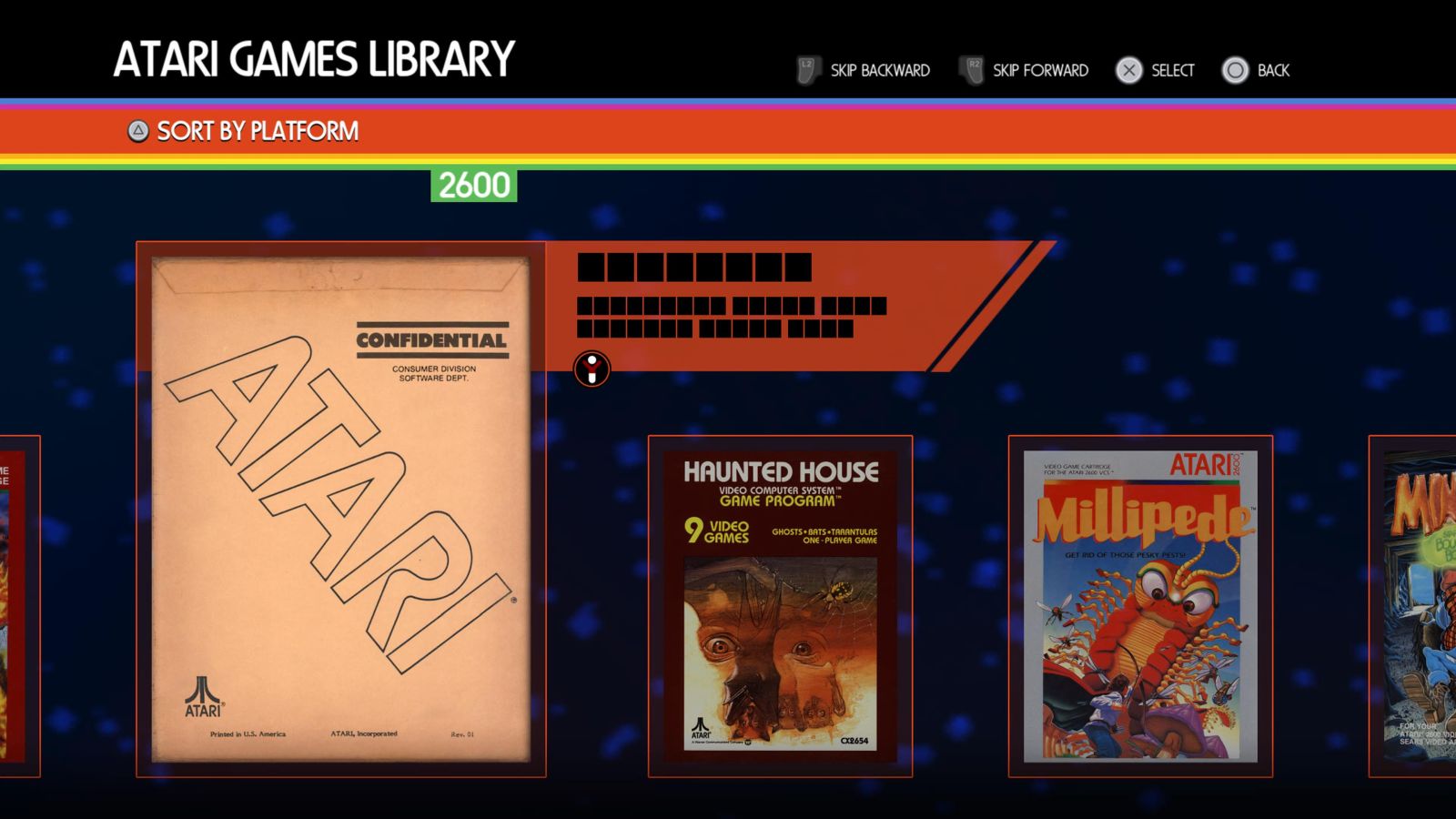 Nostalgia for the games of our youth is important, not just because of the memories it awakens within us, but because those memories then drive us to seek out similar experiences. This gaming circle of life often leads developers to create new experiences in an effort to replicate those feelings for the current generation. Atari 50: The Anniversary Celebration is well aware of this phenomenon, and bases their entire collection around the importance of these titles to the gaming landscape while honoring those who ushered gaming into the mainstream. Atari 50 is part interactive documentary and part game collection, and excels in both aspects.

Sure, by today’s standards Atari games are outdated – simple gameplay, often short, and sport primitive graphics – but when they were first released, they were revolutionary. What these games lacked in graphical prowess they made up for in innovation. Atari arcades and later consoles were the start of a gaming revolution, allowing developers to create a wide variety of games, from simple side-scrollers, to puzzle games, tank battles, and adventures – the only thing hampering the developers were the limitations of the consoles, but that never prevented them from letting their ideas soar. These ideas would later breed similar titles in future console generations, with each expanding their respective genres until you eventually arrive at the gloriously wide-ranging genres of games that exist today. Each game in this collection represents a moment in time, yes, but also an idea, a spark which eventually led to vast changes in how we play games. 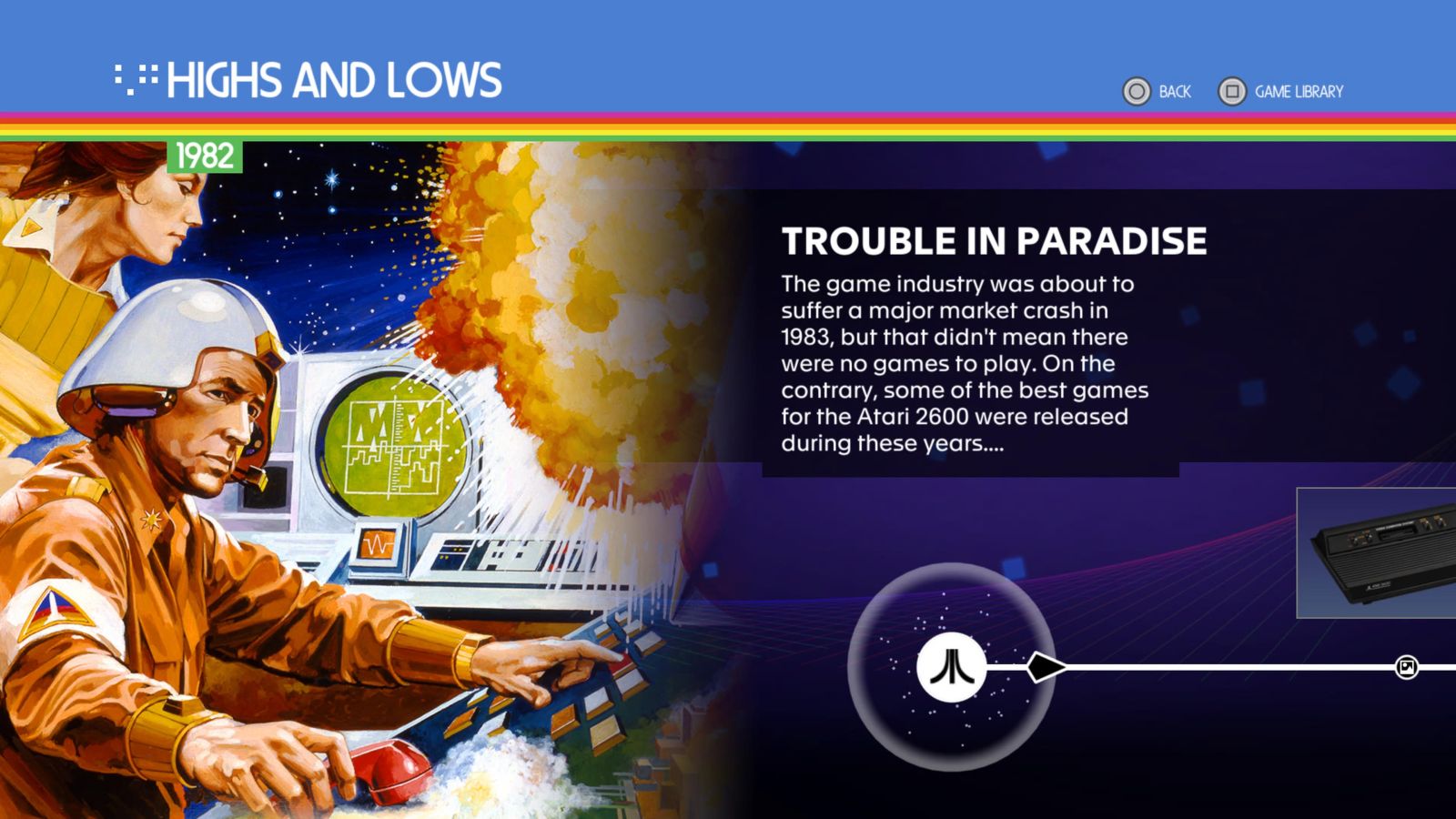 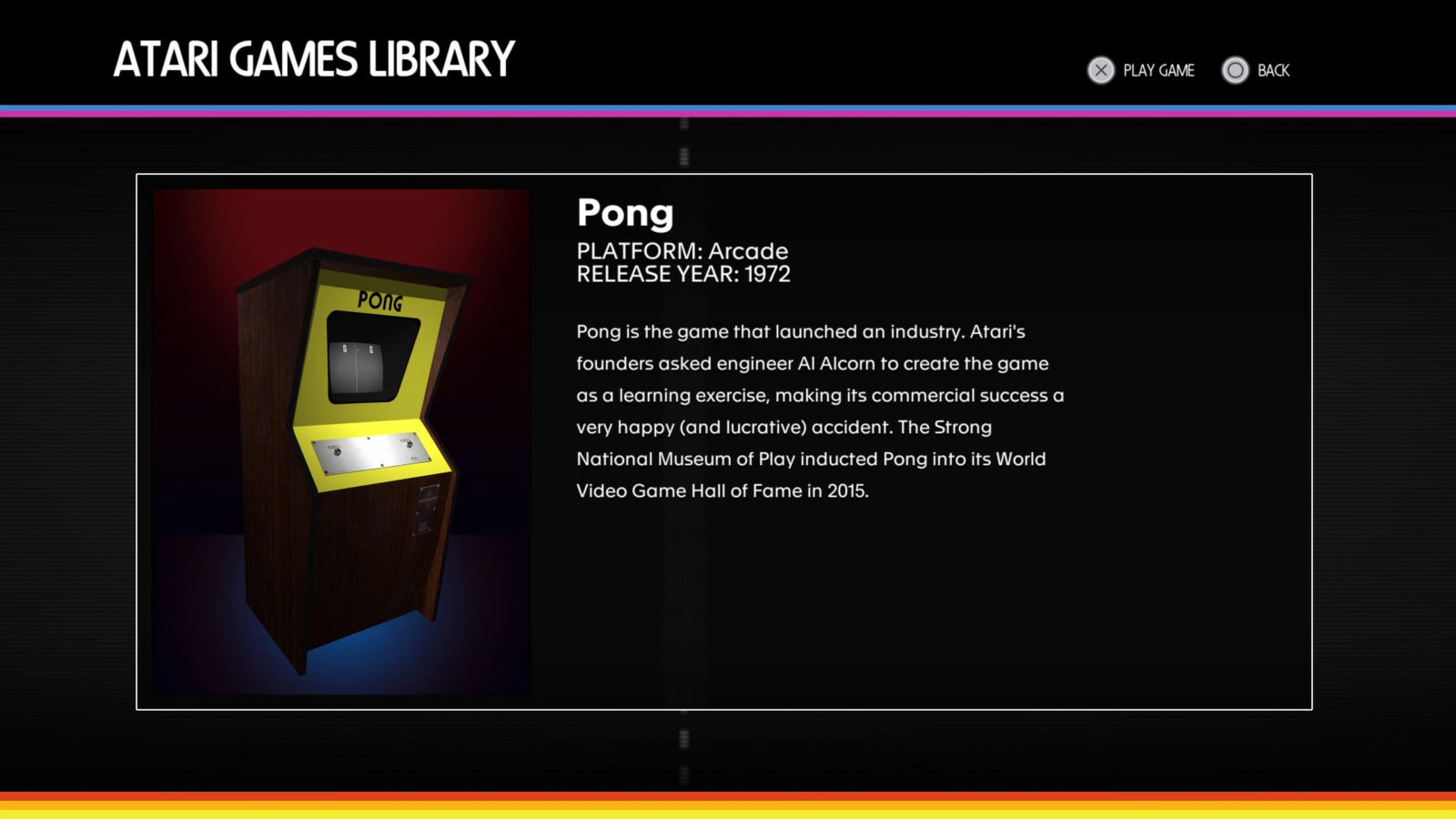 Atari 50: The Anniversary Celebration is exactly what the title states – a celebration of all things Atari. Not only are 90 games included, but a ton of additional video content, making this collection as much a documentary as it is a game collection.  The collection is broken down into six sections: The game collection itself and five documentary sections: Arcade Origins, Birth of the Console, Highs and Lows, The Dawn of PCs, and The 1990s and Beyond. Each of the documentary sections provide a detailed interactive timeline of Atari, featuring everything from pictures and videos to flyers, spec sheets, and other documents. Often, when a picture or document speaks about a specific title, there will also be an option to play that title if it is available in the collection. A percentage counter keeps track of how much of a particular section you’ve explored, almost making exploration into one of the oh-so-addictive collectible hunts we’ve grown accustomed to as gamers. Even without this though, most people would find themselves immersed into these timelines. The interviews are fascinating and informative, the documents and pictures are fun to read and look back on, and the overall presentation shows how well a documentary can work in an interactive form. I almost guarantee this will spark a number of new documentaries presented in this style.

Not only does this collection provide an incredibly thorough look at Atari’s creation and history told via the people who lived it, but it is surprisingly self-deprecating. These people did great things, but also made some bad choices or released some duds, and they aren’t afraid to make fun of themselves and admit when they had made a mistake. It’s all extremely watchable and brilliantly laid out. Even those who normally avoid side content may find themselves immersed in uncovering the story of Atari through these incredible interactive chapters. 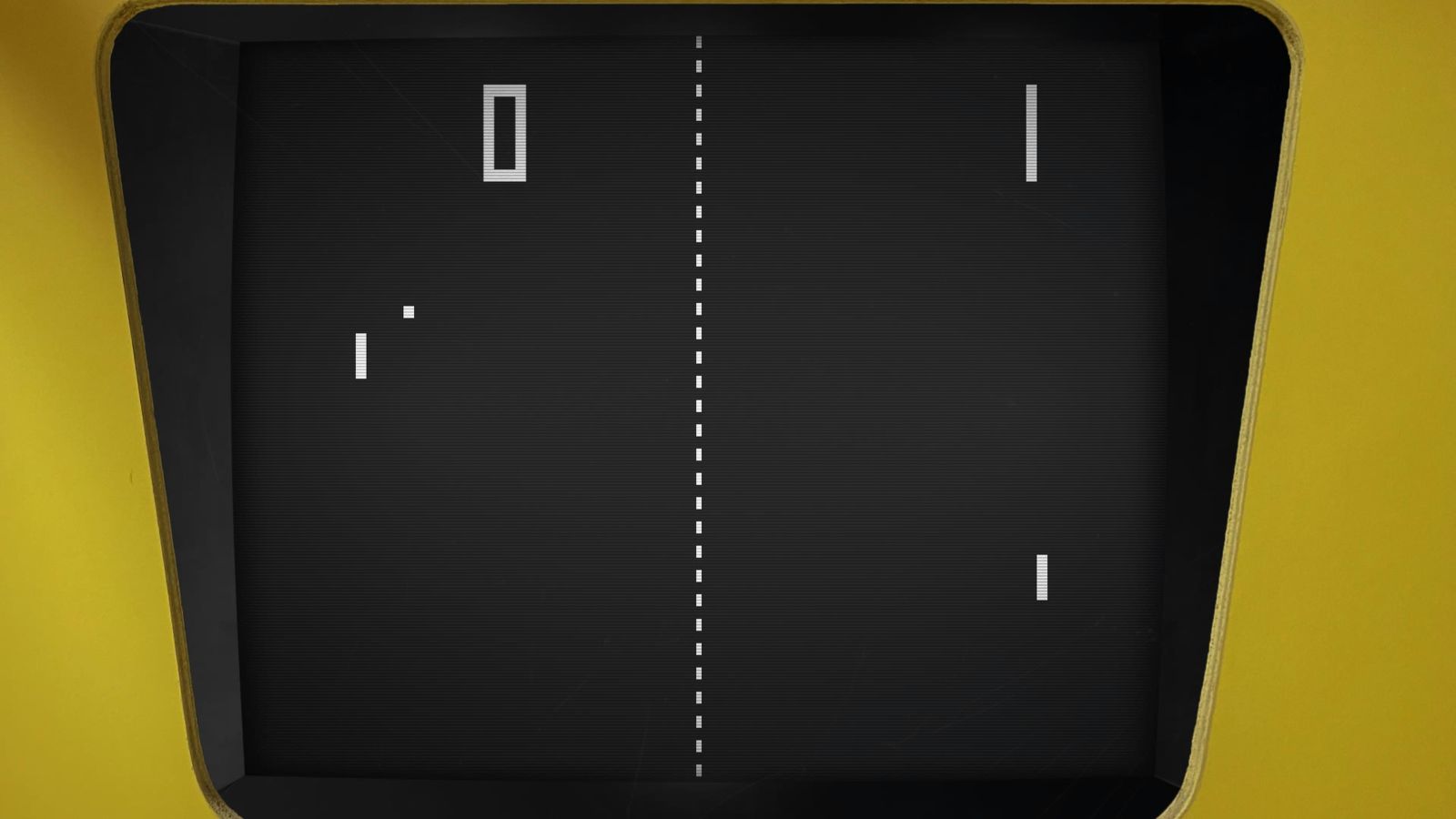 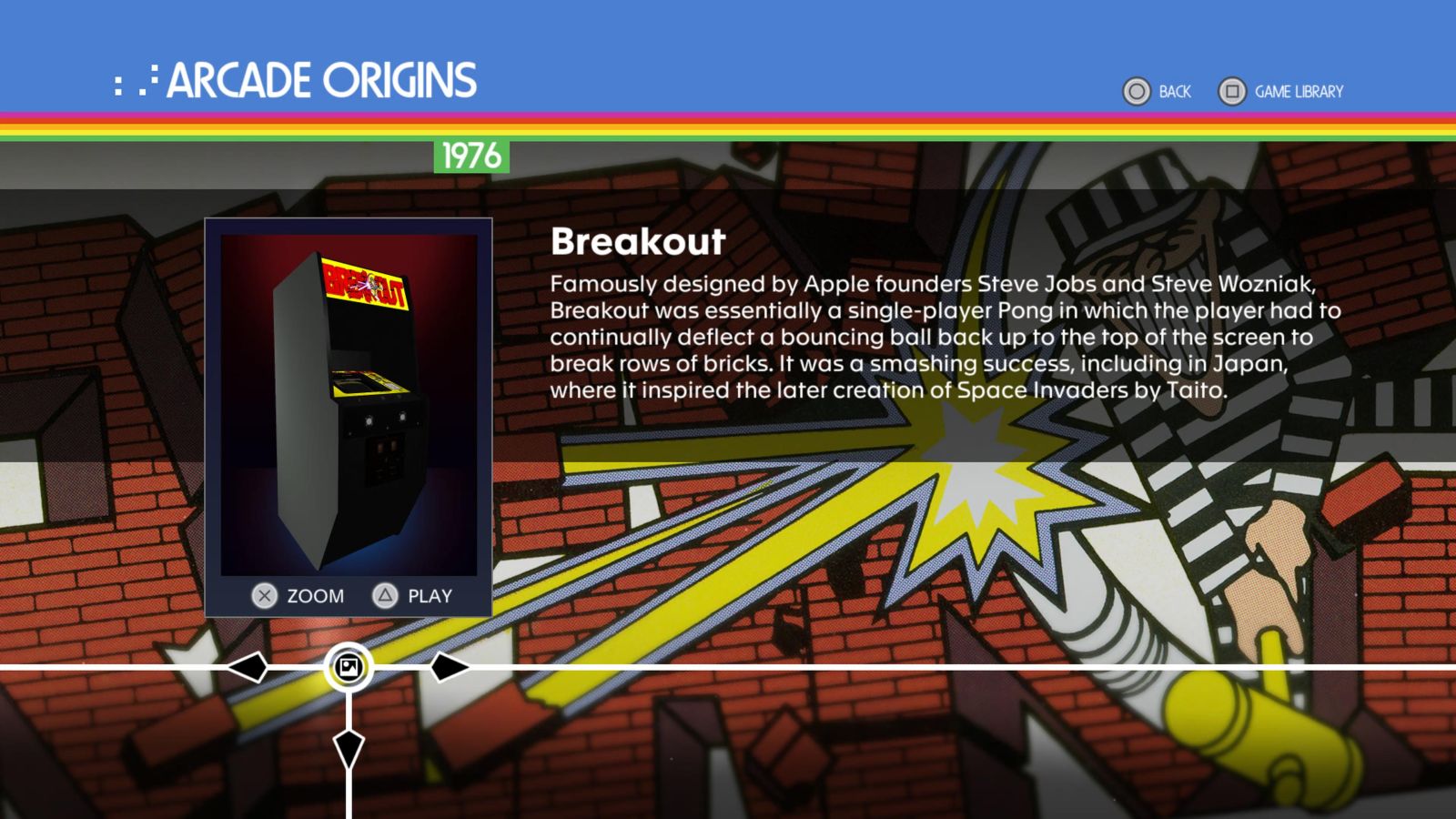 Of course, the documentary portions are entirely optional, and if at any time you would like to access the game catalog you simply need to press a button — in the PS5’s case, the square button — which will then launch you immediately to the game list. Amongst the 90 games lie a few brand new adventures along with a few Atari Jaguar and Lynx games, which was a pleasant surprise and will undoubtedly be a large selling point. Games are broken down by platform, with lists for arcade, Atari 2600, Atari 5200, Atari 7800, Atari Lynx, Atari 800, Atari Jaguar, and Reimagined. There are even quite a few unlockable titles hidden behind confidential folders which provide a hint as to what the player must do to unlock, providing excuses for players to reach certain goals in other titles on the collection.

When playing a game you can bring up a menu to save, load, view flyers, and toggle the screen mode, filter, and border. Screen mode, filter, and TV options differ depending on the game, but personally I was always happy with the default settings. Despite their age, all the included games played and looked fantastic and the borders were nearly always creative, adding to the overall nostalgia that stemmed from playing each title. 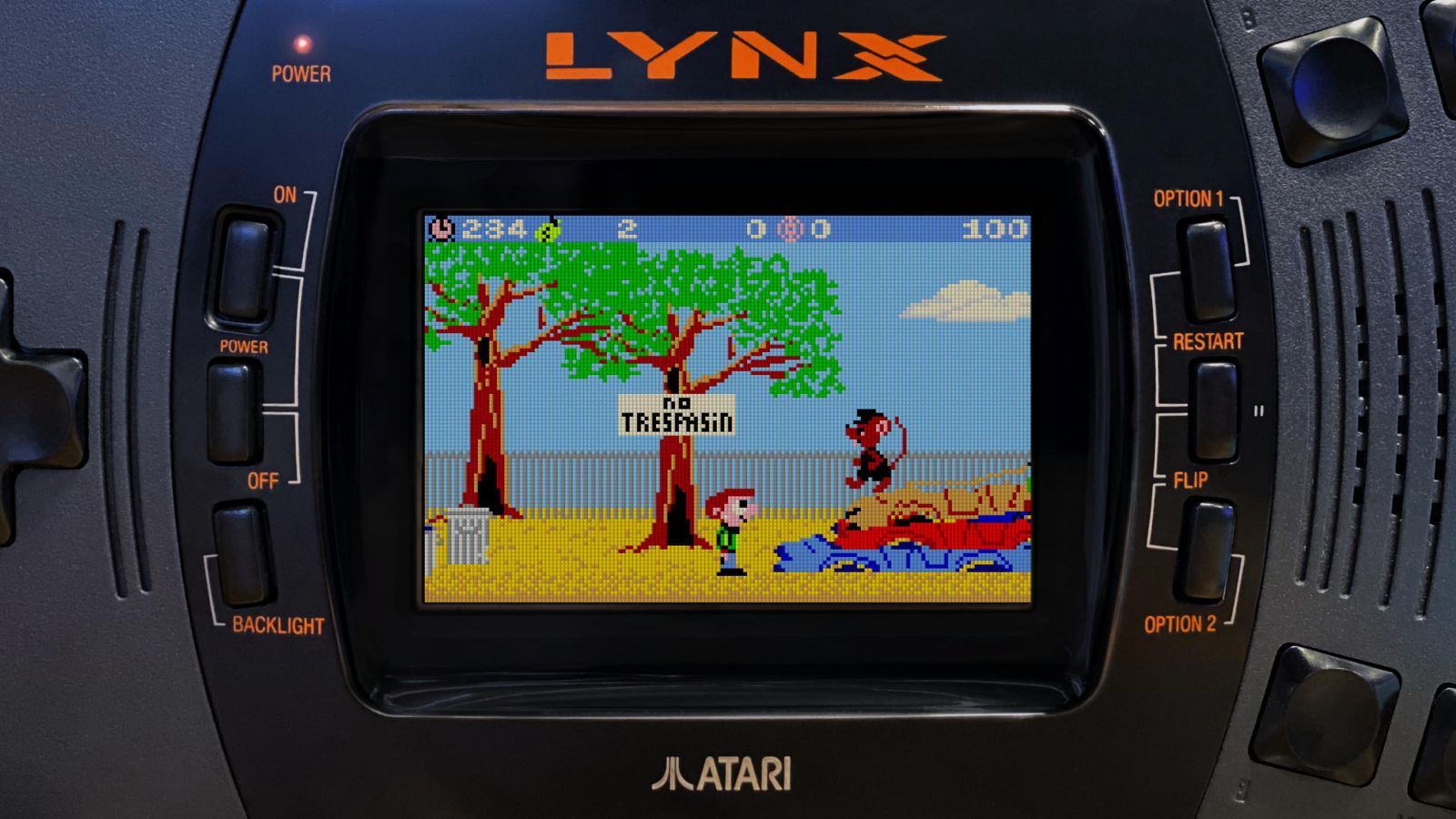 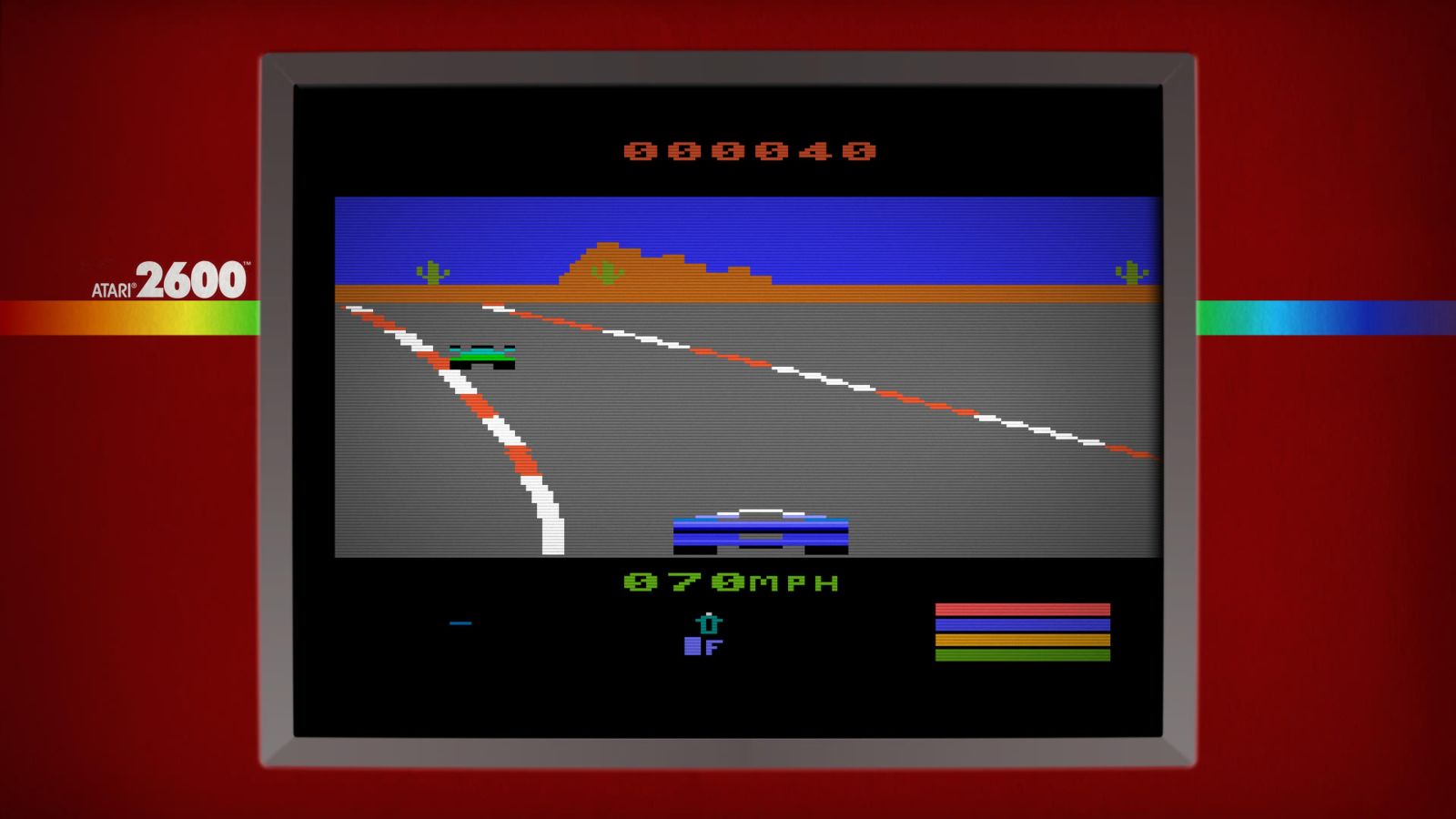 As for the games, well, you most likely already know what you’re getting. The early Atari games are dated, often difficult, and relatively short if they can be beaten at all. That’s not to say they aren’t fun – many still are. There’s a certain thrill to their simplicity, and it’s interesting to check out these early gaming titles and to discover how their ideas eventually helped usher in the world of gaming we are now in. Armed with very little to work with, developers created interesting worlds, crafted unique adventures, and sucked people into the addictive glory of beating your previous high score. There’s a wide variety of genres on display, so no matter your gaming preferences you should be able to find a few titles you’ll enjoy.

The Lynx and Jaguar titles are a great addition to this bundle, as many gamers may have never had a chance to check these consoles. Yes, they are still dated by today’s standards, but it’s interesting watching Atari transition from early consoles to later generations and how they weaved their old ideas into newer titles, creating more complex experiences as the years passed. Another highlight is the reimagined game section, which features entirely new experiences crafted by the creators of the collection. Each game is unique, with some attempting to mimic early Atari graphics while others take early games and create fully fleshed out 3D experiences, such as Haunted House. I had a great time trying out each reimagined title and am glad that they were included in this collection. 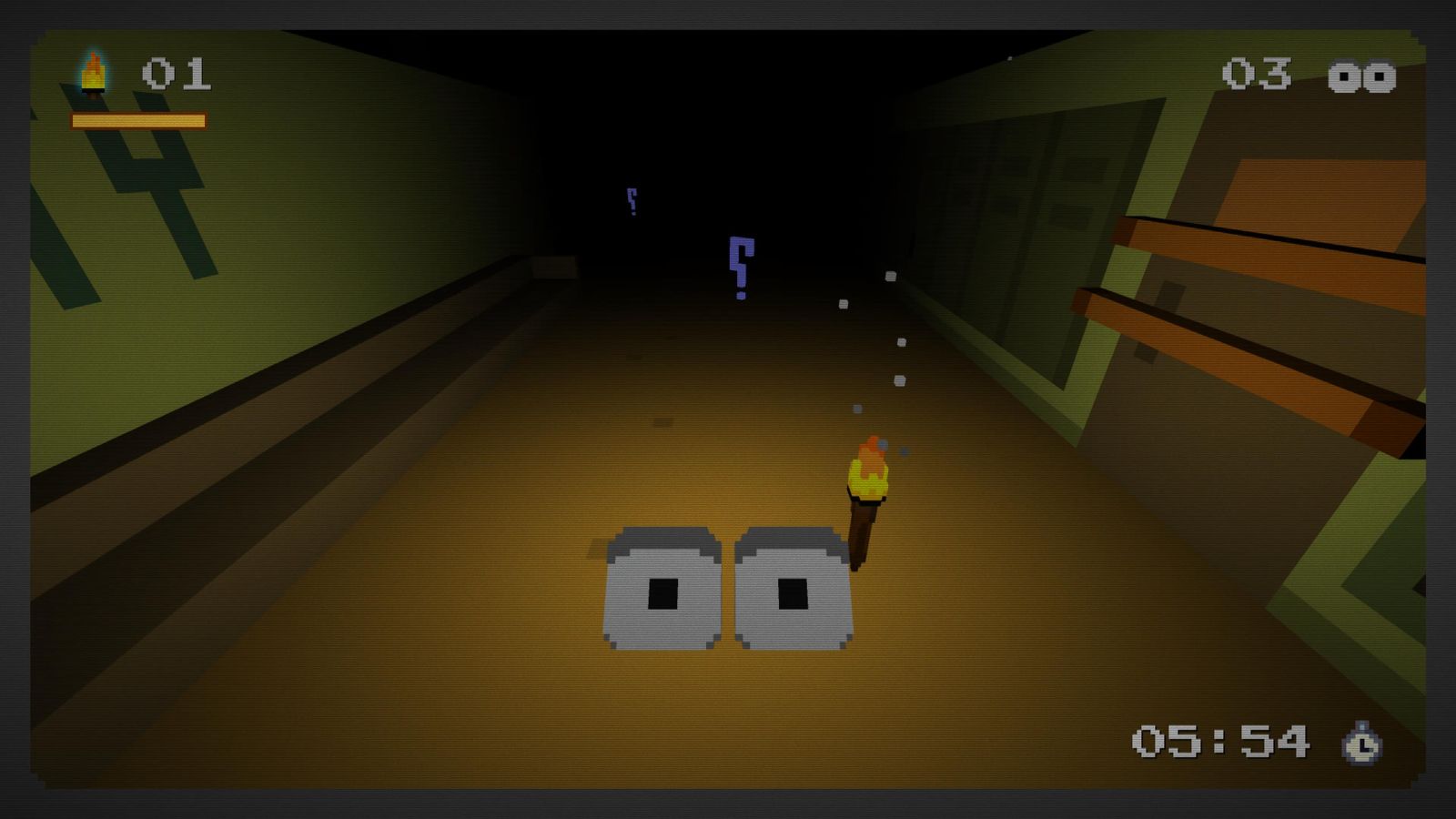 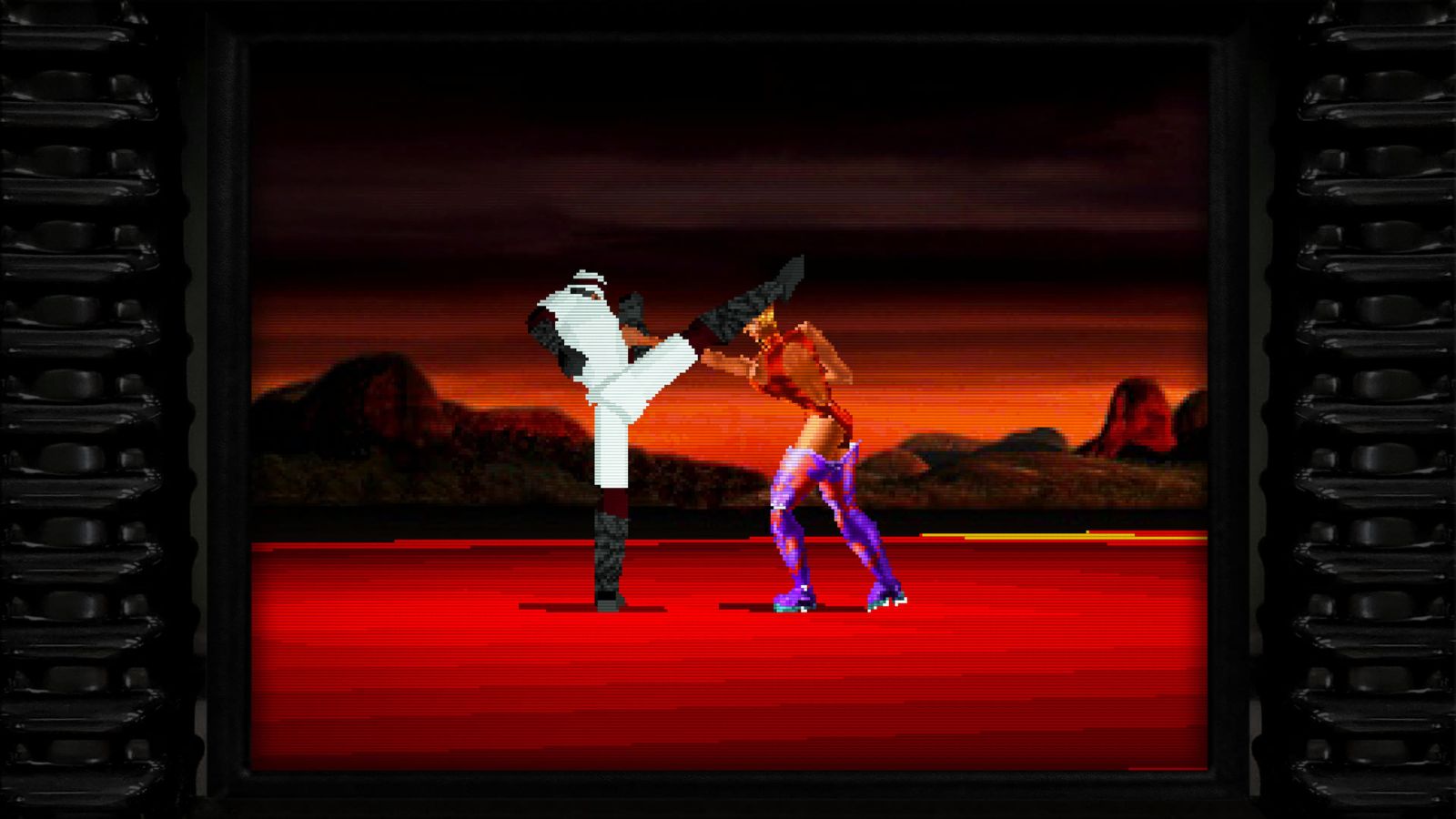 Unfortunately, there are some notable Atari games missing, most notably Pitfall, Frogger, Battlezone, Q-Bert, Joust, Raiders of the Lost Ark, and Empire Strikes Back. Still, the games and information included in Atari 50 help make the collection a great time capsule of the era and well worth checking out.

Atari 50: The Anniversary Celebration is both a game collection and an interactive documentary, and excels in each aspect. There may be a few hits missing, but the 90 games available are perfectly emulated and serve as an incredible time capsule of a bygone era. The unexpected star of the show is the interactive documentary, filled to the brim with interviews, documents, pictures, and interesting stories all told by pioneers of the era. If you have any nostalgia for this era or just enjoy learning about the history of gaming, check out this collection.

Richard Allen is a freelance writer and contributing editor for various publications. When not writing for Gaming Trend you can find him covering theatre for Broadway World, movies and TV for Fandomize, or working on original stories. An avid retro gamer, he is overly obsessed with Dragon's Lair. Chat with him via @thricetheartist on Twitter and @richardallenwrites on Facebook and Instagram.
Related Articles:
Share
Tweet
Share
Submit