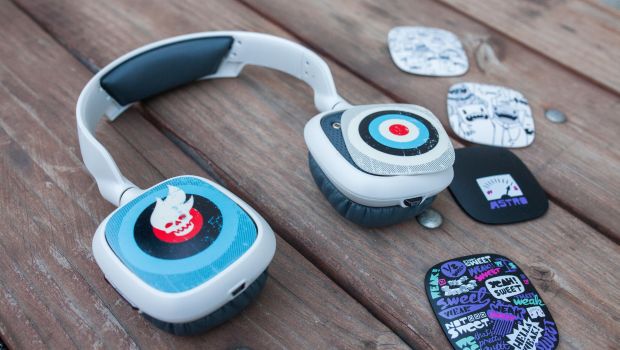 Astro is known for their high-end gaming headsets, but they’re missing out on a vast demographic of people who consume the bulk of their entertainment through mobile devices. The A38 bluetooth headset is Astro’s first attempt at servicing this mobile crowd, and after using the A38 for a few weeks I can say that they’ve made a valiant effort but have not solved the broader issues that affect most –if not all- bluetooth headsets, specifically when it comes to gaming.

The sound quality of the A38 is phenomenal, I listen to a wide variety of music, from Metal, to Hip hop, to Disney soundtracks, and the A38 had no problem holding up to the demands of everything that flowed through it. I was particularly concerned about bass levels, but even the demanding rumbles of Southern and SF Bay Area hip-hop beats held up phenomenally. The level of clarify is also impressive; I once had the volume up louder than intended when I began playing a track from the band Oasis and it sounded like I was at a live show.

The aural quality holds up while watching videos, too. I watched a couple episodes of Breaking Bad on Netflix and some music videos on YouTube, the audio game through loud and clear and there were zero latency issues. Gaming is another beast entirely, however, and the lag of the bluetooth connection could not keep up the games I threw at it. I played Hearthstone, Monument Valley, and The Journey Down, and in each of them I experienced significant sound lag. It’s sad to say, but the A38 is not a good set for gaming unless you’re willing to experience delays between when the sound is produced natively and when it reaches the headphones.

The built in microphone is a welcomed feature, but there were instances where the person on the other end complained that they couldn’t hear me very well. Obviously, there could be a dozen factors that might affect the connection during a phone call, so I also tested the microphone with Skype and a local audio recording; both resulted in decent audio quality. Just don’t plan on recording any podcasts with the A38.

Sound bleed is a minor but existing issue which doesn’t surprise me considering the on-ear design of the A38. While extremely comfortable, in a quiet environment with the volume turned up to about 75% or more, people around you can clearly hear sounds coming from the headset. If you’re listening to music, they’ll be able to identify the song you’re listening to. It’s not a major issue since, in a quiet environment, you’ll usually not need the volume cranked up, but it’s certainly something to take into consideration.

Aside from the sound quality, the trophy achievements of this headset are the battery life and the physical design. I received a lot of compliments on the look of the headset (I was wearing the White version), ranging from being told that I looked like a DJ, to a comment that the headset looked like it was built out of the same material as the Storm Trooper uniforms, to the more common “those look cool!” remarks.

The battery life is superb, I used the headset daily for a week straight and it still wouldn’t die. I have no idea what the low life indicator even looks like, although, if you connect to an iOS device you will get a battery charge indicator. If you’re connecting to a laptop or Android device, you just have to keep going until you run out. The headset uses a standard Micro-USB cable to charge it, so even if you forget to pack the cable that comes with it, you probably won’t have trouble finding someone with an Android phone who you can bum off.

The A38 is a fantastic headset for most media except video games. Even with its low latency bluetooth architecture, it can’t keep up with the hasty sound effects of most games. It’s also a great utility headset, with a stable and clear connection during phone and Skype calls. Between the fantastic audio quality, the stylish veneer, and everlasting battery life, you’re looking at a noteworthy new player in the high-end bluetooth headset market.

I've enjoyed my time with the A38 and I'll continue using it as my primary bluetooth headset... just not for mobile gaming. I threw a handful of games at it and in each case the latency could not keep up with the sound effects. However, for the likes of movies, music, and audio/video calls, you're in good hands. To top it off, the battery life would make the Energizer Bunny proud and the style of the headset makes it stand out from the pack. The A38 should be considered a serious new contender in the high-end bluetooth headset market.