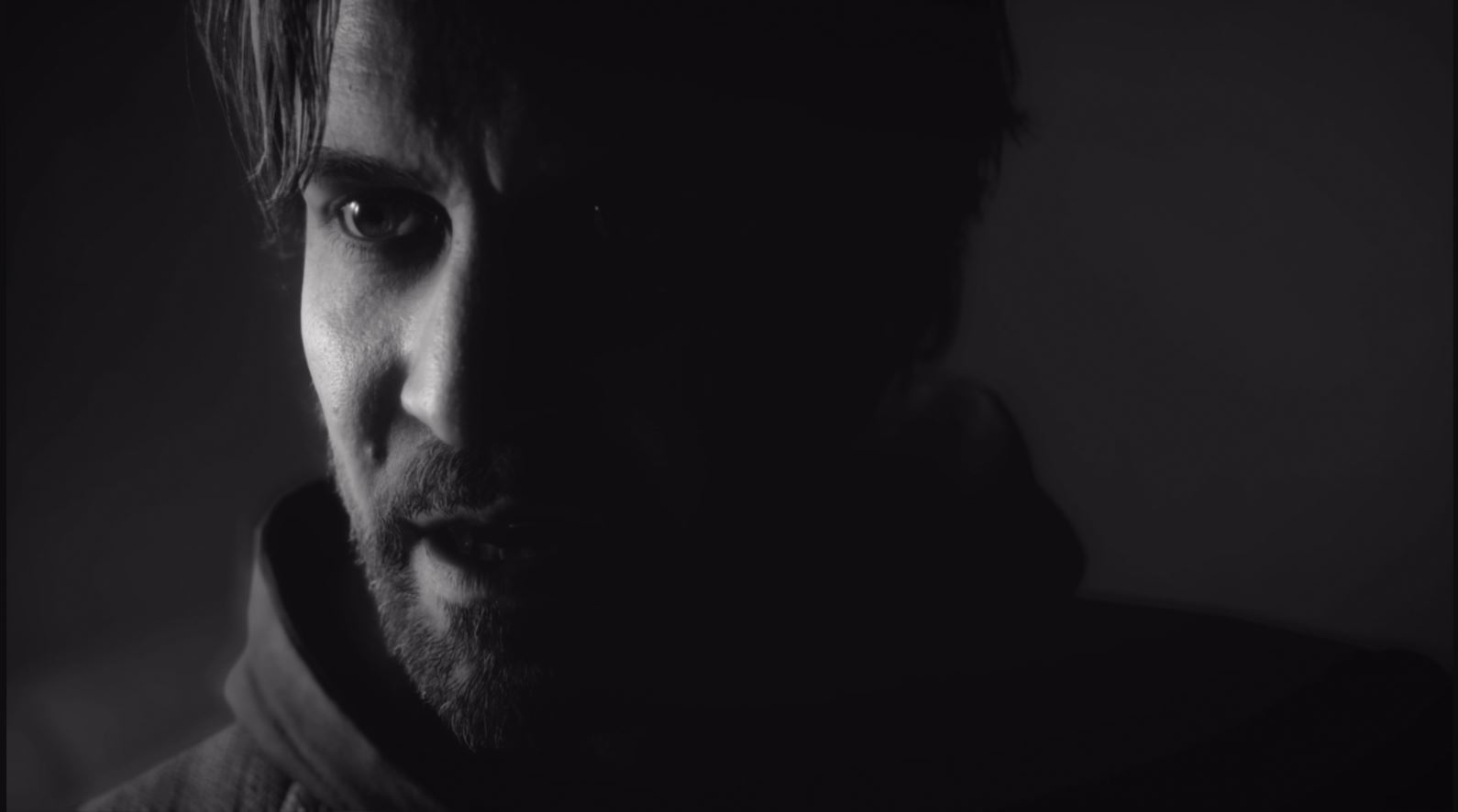 If you like cult classic video games, you may remember Alan Wake. It’s one of my favorite video games, even though I never finished it. There’s just something about it, the atmosphere, the thriller aspect, the Twins Peaks-style ridiculousness. Remedy Games rightly marketed it as a psychological thriller, and the memory of it has stuck with me since its release.

While the adventure continued with two DLCs and a spinoff, it eventually fell off the map. Remedy moved on to Quantum Break, a great game in its own right, as well as Control, which we’ll be talking about shortly. All these games feel familiar, but Control seemed nestled right in Alan Wake’s side of the universe. Upon the discovery of a hidden page from Alan Wake in the Altered Items area in the main game, a connection with Alan Wake seemed all but confirmed. Then we saw the upcoming DLC, and AWE had that Alan Wake cover art seemingly at the bottom. Something Alan Wake was incoming, so I’ve been waiting patiently until now to play it.

This expansion to Control opens similarly to the last one: there’s a new area that needs exploring in the Bureau- the Investigations sector (though, with how the Oldest House operates, there could be an innumerable amount of those). It’s up to Jesse, being the director of the Federal Bureau of Control and having the supernatural gun, to find just what is going on here. Upon starting the expansion you (Jesse) must go to the elevator, and there’s a single page sitting there. This triggers a cutscene with Alan Wake, and I’m sure all of us fans squealed with glee.

Sadly this is the only way you encounter Alan Wake. There are some cutscenes and tie-ins based on the places you visit, but Alan himself never makes an appearance in gameplay. I can say I expected as much, but I wish there had been more. The easiest way to describe the story is a taste of Alan Wake mixed into the depths of Control. For those wondering how it all ties together into a “Remedyverse”, there is a tease at the end of this chapter that makes you think we’ll see more connected games, but we’ll be waiting on that for a while.

There isn’t much to say for the gameplay besides it’s more Control. The game is already masterfully done in both feel and play, so there isn’t much more to do in that aspect. There aren’t new abilities in this expansion, and that was a bit disappointing given how well the game handles them. I know more abilities were introduced in Foundation, but those are only available in that area and expansion. As someone who really loves the supernatural powers aspect of Control, it would have been nice to have another base ability. 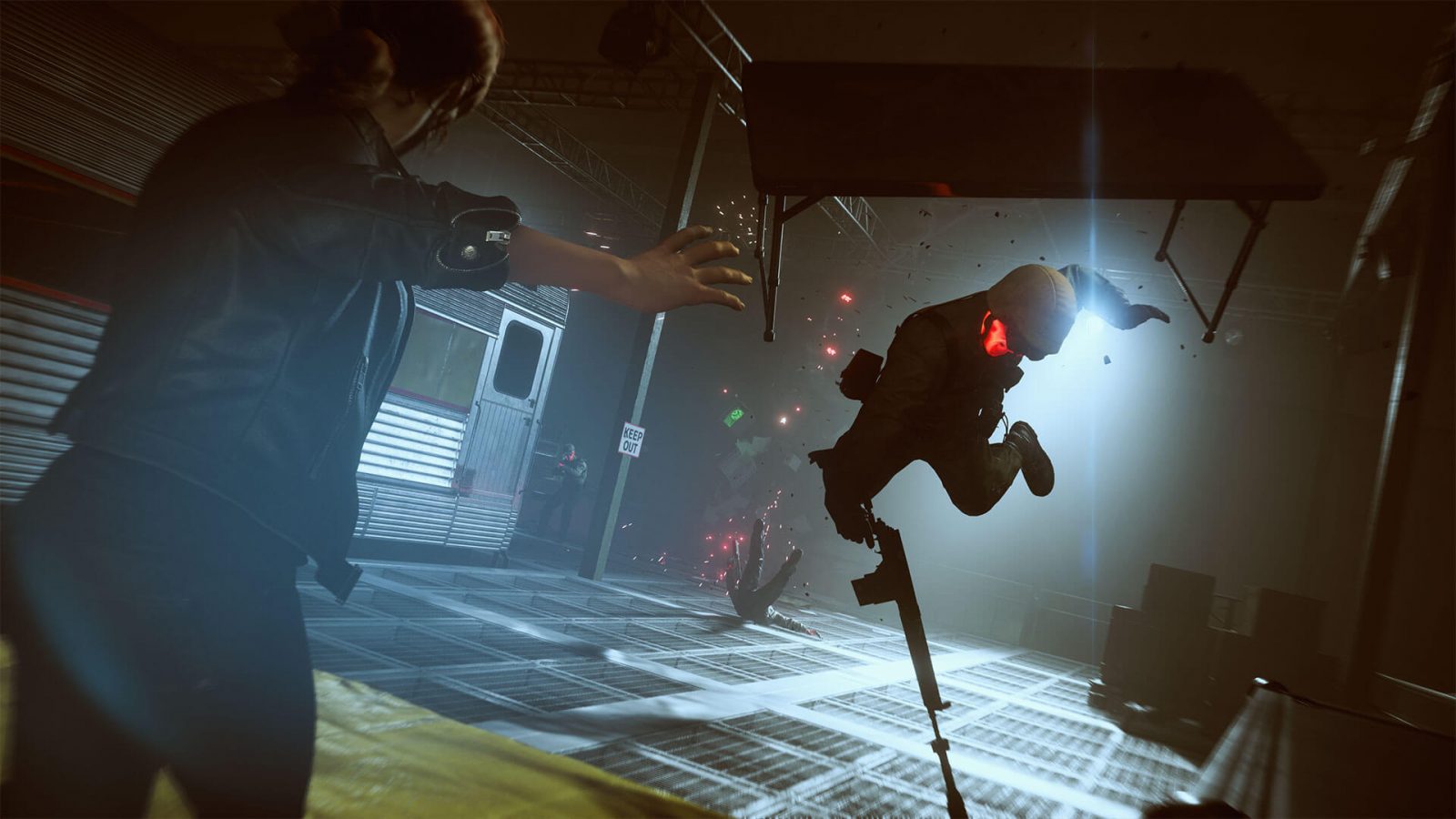 While there aren’t new abilities, there is a new variation of the Service Weapon. The Surge is a launcher that fires packets of explosives similar to C-4. You can fire up to three of them at a time, or detonate them one by one. I find the Surge unfortunately lacking in comparison to other weapon forms, and it’s probably my least favorite. While I can see its uses, Control’s gameplay tends to keep you moving, and firing self-detonated explosives just doesn’t fit in the combat. It also doesn’t seem to fit any story purpose as it’s an unexplained addition, so I’m not sure what Remedy was doing besides adding another form just because.

The star of the show in my mind is another character from Alan Wake- Dr. Emil Hartman. In Control we find he’s trying to team up with the FBC, but they see his research as criminal. After being cleared of charges he dives right into Cauldron Lake, a threshold, and becomes a vessel of the Taken (the Darkness of Alan Wake). He is then apprehended by the FBC, but when the Hiss invade the Oldest House the meeting of the two evils turns him into a monster.

The level construction with Hartman is really well done by Remedy. Your job is to eliminate Hartman before he can infiltrate the FBC, and that involves chasing him into several AWE vaults. These vaults house everything from different Altered World Events, and each one feels different. They all follow similar design to previous Control levels, but the way you have to engage is different. The Darkness surrounds Hartman, and to take him on you have to find the light. This is to be taken quite literally, as the Darkness will drain your psychokinetic abilities and protect him. The light burns and weakens him, so staying in it is imperative. This turns your encounters with him into combative puzzles, and they are a lot of fun to solve. There’s something about figuring out the correct route to keep him from stabbing me with a tendril that was a blast. The Darkness also ties into a creepier feel, and Hartman’s character is genuinely unnerving. His nonsensical chatter continuously puts you on edge as you creep past the shadows. Everything about Hartman is set up the best way possible, and it plays out to an incredibly satisfying boss fight.

My only qualm with the expansion is how short it felt. Including dying several times while figuring out different sections, I put about 2-3 hours in. While there are multiple side quests to complete as well, the main story dries up too quickly. Maybe it speaks more to how much fun I had, but I still wanted more than I got.

One of the other great features put into Control by Remedy is the Shum machines. There are arcade machines in a lunch room adjacent to where you encounter Hartman the first time. The first one allows you to play a horde mode of sorts, while the second is the true pièce de résistance. This one, Shum II, allows you to replay the boss fights within the main story of Control, and replay arguably the best level in the entire game, The Ashtray Maze. Understandably, most games have level select features, and that’s fine. But finding a unique way to add features to the game like this speaks to Remedy’s creativity.

In the end, AWE is another solid but lacking chapter of Control. The gameplay is fun, and a fantastic boss in Hartman is introduced. But there’s not much more to it besides that. The new weapon form isn’t necessary, and I’m not even sure it fits in the narrative.There aren’t new abilities, and you’re going to finish AWE pretty quickly. But detractors aside, I got two things I really wanted, more of Alan Wake and more of Control, which is all that really matters. Here’s to hoping the Remedyverse has more of both for us out there.

In the end, AWE is another solid but lacking chapter of Control. The gameplay is fun, and a fantastic boss in Hartman is introduced. But there’s not much more to it besides that. The new weapon form isn’t necessary, and I’m not even sure it fits in the narrative.There aren’t new abilities, and you’re going to finish AWE pretty quickly. But detractors aside, I got two things I really wanted, more of Alan Wake and more of Control, which is all that really matters. Here’s to hoping the Remedyverse has more of both for us out there.

David Burdette is a gamer/writer/content creator from TN and Lead Editor for Gaming Trend. He loves Playstation, Star Wars, Marvel, and many other fandoms. He also plays way too much Call Of Duty. You can chat with him on Twitter @SplitEnd89.
Related Articles: Control
Share
Tweet
Share
Submit