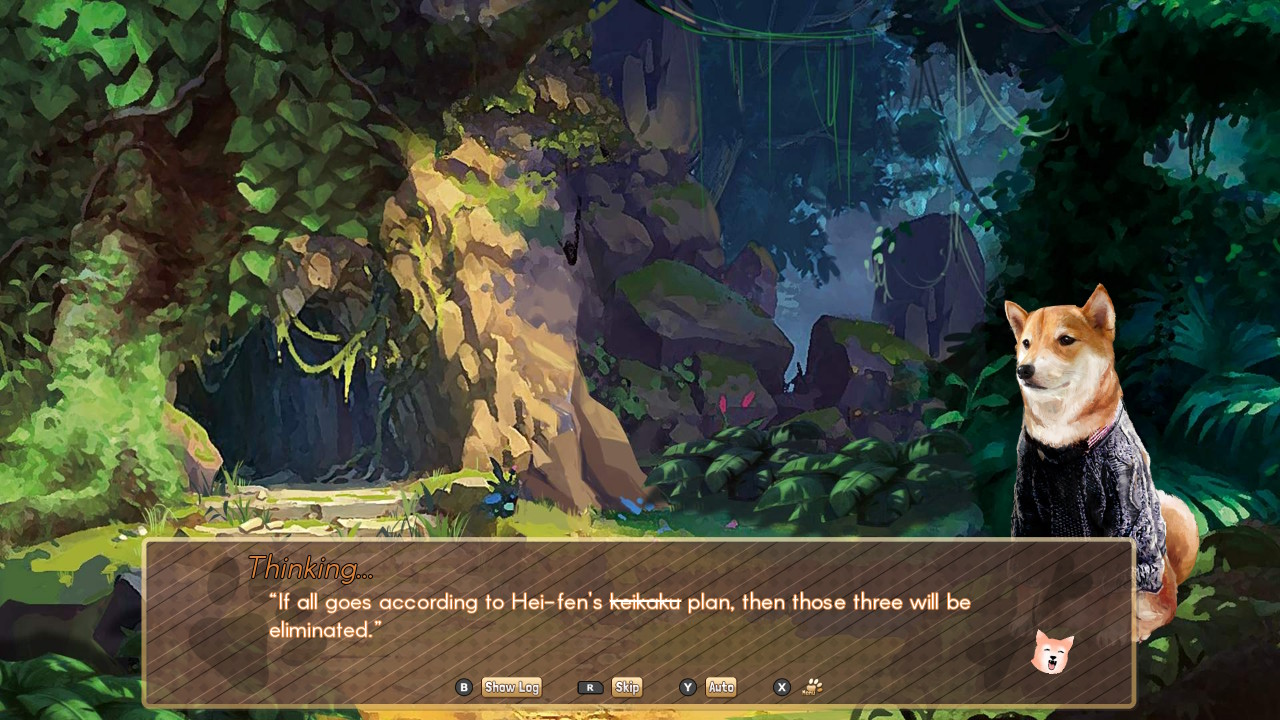 Quill Studio’s A Summer with the Shiba Inu was something that was on my radar for quite a while. I thought the premise of a Hunger Games-esque visual novel featuring dogs wearing human clothes would be an instant hit, and I was excited to play it once it came to consoles. While I did have a good time reading this interesting look at the world through a Shiba Inu’s eyes, it does struggle with some issues that plague the engine on which the visual novel runs. 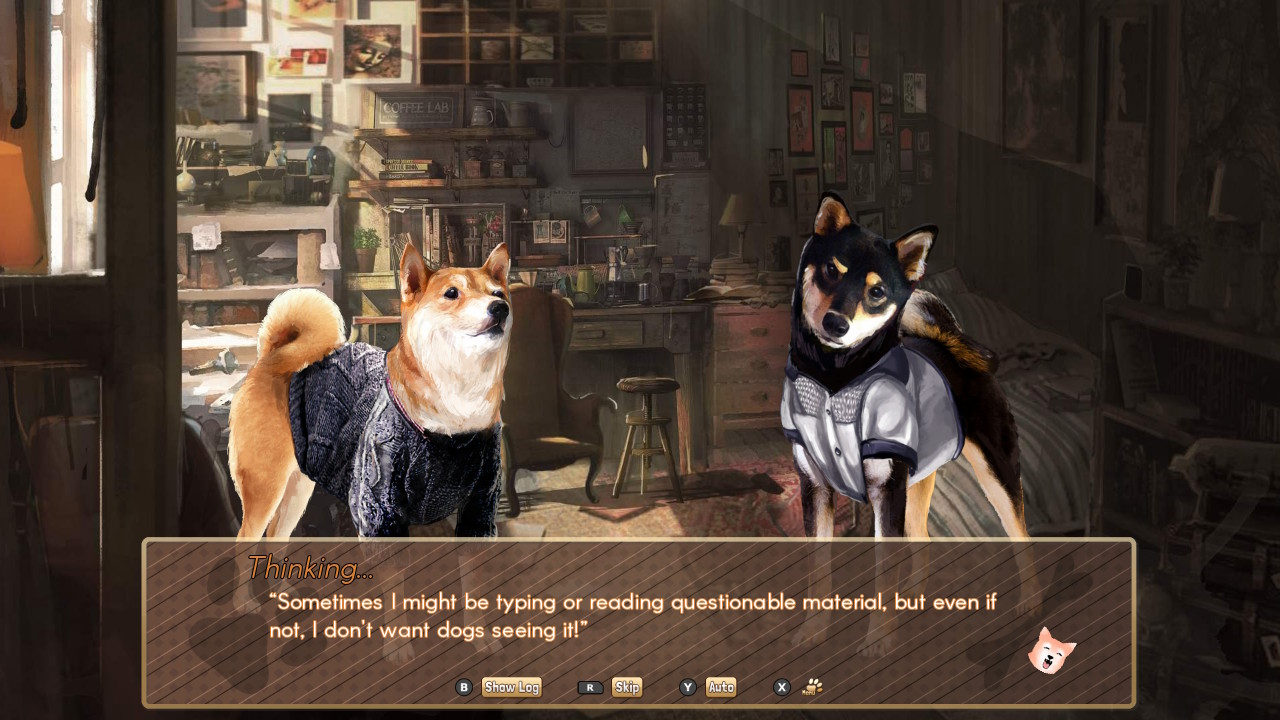 A Summer with the Shiba Inu puts you in the role of Syd, a Shiba Inu that leaves her job in Canine-da in order to go back to her hometown island. She does this to try and find her long-lost brother, even though she left the island under some bad terms. It becomes apparent that her hostile past is back to haunt her, as it’s revealed she was the number one dog in the ARInas, which are a set of battles which determine one dog’s ranking within the class system. In a dystopian twist, the game describes a class system in which the strongest will be granted privileged rank rights as well as access to a better life; lesser dogs are left to languish in the lower ranks of society.

We are shown that because of her performance in the past, Syd is granted a magical feather that can warp reality, with the caveat that there will be dire consequences should the power be abused. While Syd befriends a Labrador named Quel-li (who seems to be a little too helpful at first glance), she’s tangled up in rematches from former friends and foes as her desire to seek the truth about the ARI organization will take her to places she might not want to explore. 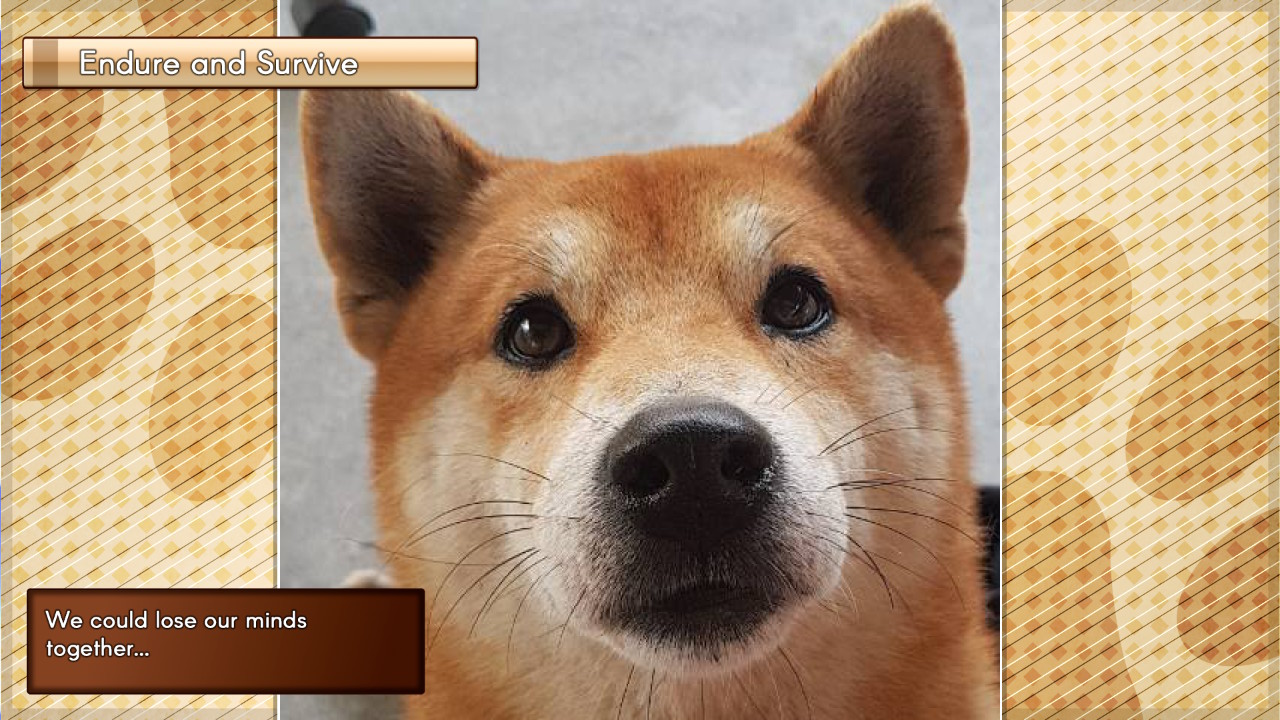 A Summer with the Shiba Inu has a pretty enticing premise in its story; while it does take some cues from the battle royale genre and similar works, it manages to intrigue with the whole ranking system as well as the interactions between Syd and the other dogs she meets. It’s a system that everyone has grown accustomed to, but the game questions those ideals (and in some endings, dismantles the system entirely); while it can get a bit confusing, the main narrative arc is a wonderfully fascinating one.

While I did have a lot of enjoyment with A Summer with the Shiba Inu, there are a few issues that make this a more than serviceable experience. For one, the visual novel runs on Ren’Py, which is a genre standard. While it does make for a familiar experience, unfortunately there isn’t much here to make it stand out from something like Doki Doki Literature Club or Long Live the Queen, both visual novels that innovate the system in order to make something unique. 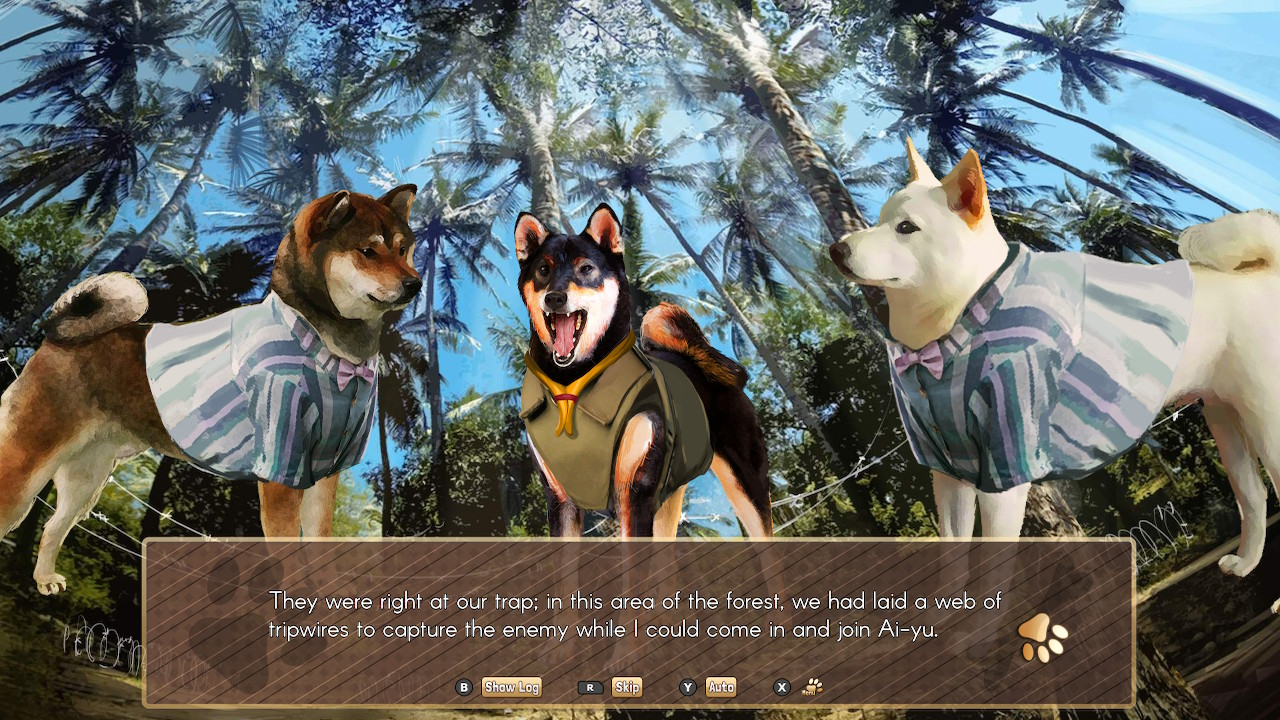 Due to the limitations of the engine, most interactions are static portraits of the characters, with different expression sprites changing as the dialogue advances. Normally, I’d be okay with this, but as the characters are feral dogs with anthropomorphic qualities (i.e. they’re four-legged dogs but wear clothes like humans), the expressions aren’t as pronounced as say, a human.

This also means the limited presentation of a standard Ren’Py visual novel feels even more barren. The backgrounds and music choices are solid, but there aren’t any extra CG stills that would help split up the dialogue and give more context to the epic sequences that are being described. It’s one thing to write that dogs are in some major conflict, with some even bleeding to death. It’s another to show it with supplemental graphics. 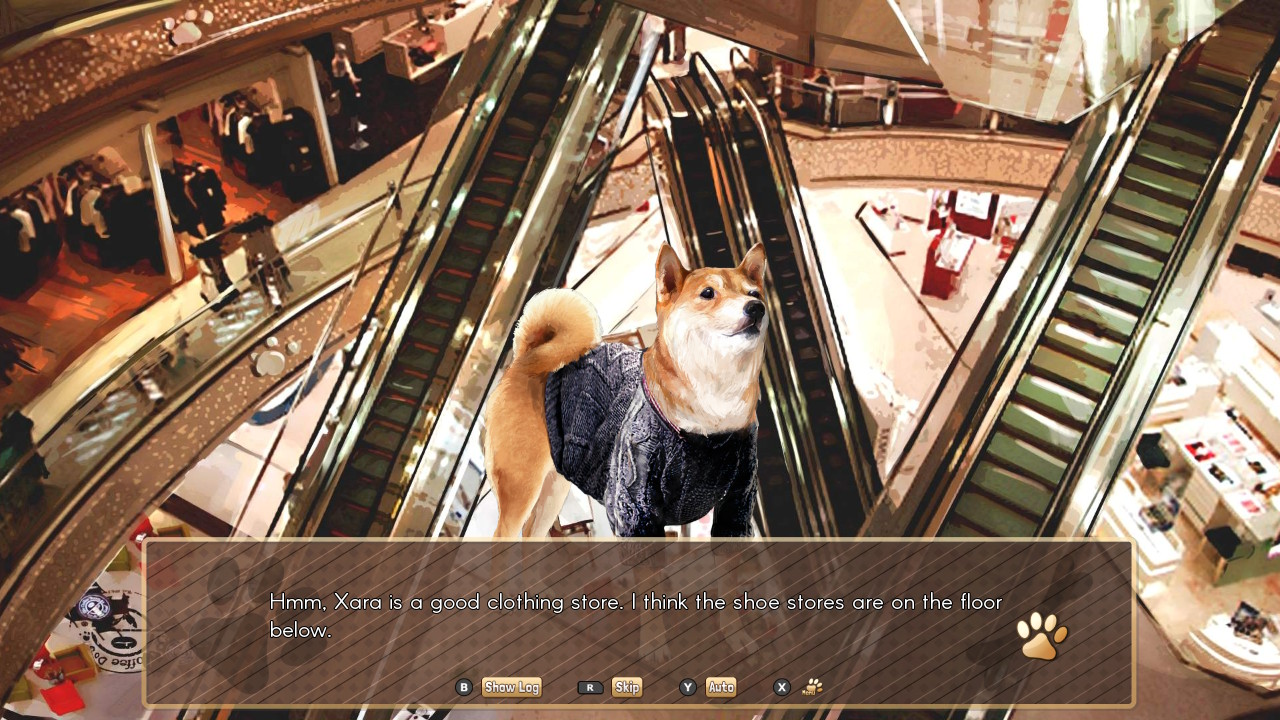 I was also surprised with how limited and rigid the choices to get the multiple endings were. There are only a handful of things to choose, most of them similar in nature but will lead to different endings should you choose (or not choose) them. Unfortunately, these aren’t telegraphed clearly, and I was only able to trigger a couple by sheer luck rather than with intuition of what to pick. This isn’t helped by the fact that a runthrough will last a little under two hours, and the endings will add a few more minutes, if that.

A Summer with the Shiba Inu

A Summer with the Shiba Inu has an intriguing premise with a curious story. However, because of the engine limitations and limited nature of presentation and choices, it might only appeal to those who want a short visual novel with an interesting hook.

Elisha Deogracias is an aspiring accountant by day, freelance writer by night. Before writing for Gaming Trend, he had a small gig on the now defunct Examiner. When not being a third wheel with his best friends on dates or yearning for some closure on Pushing Daisies, he's busy catching up on shonen manga and wacky rhythm games. Mains R.O.B. in Smash. Still doesn't know if he's a kid or a squid.
Related Articles: A Summer with the Shiba Inu, Indies
Share
Tweet
Share
Submit