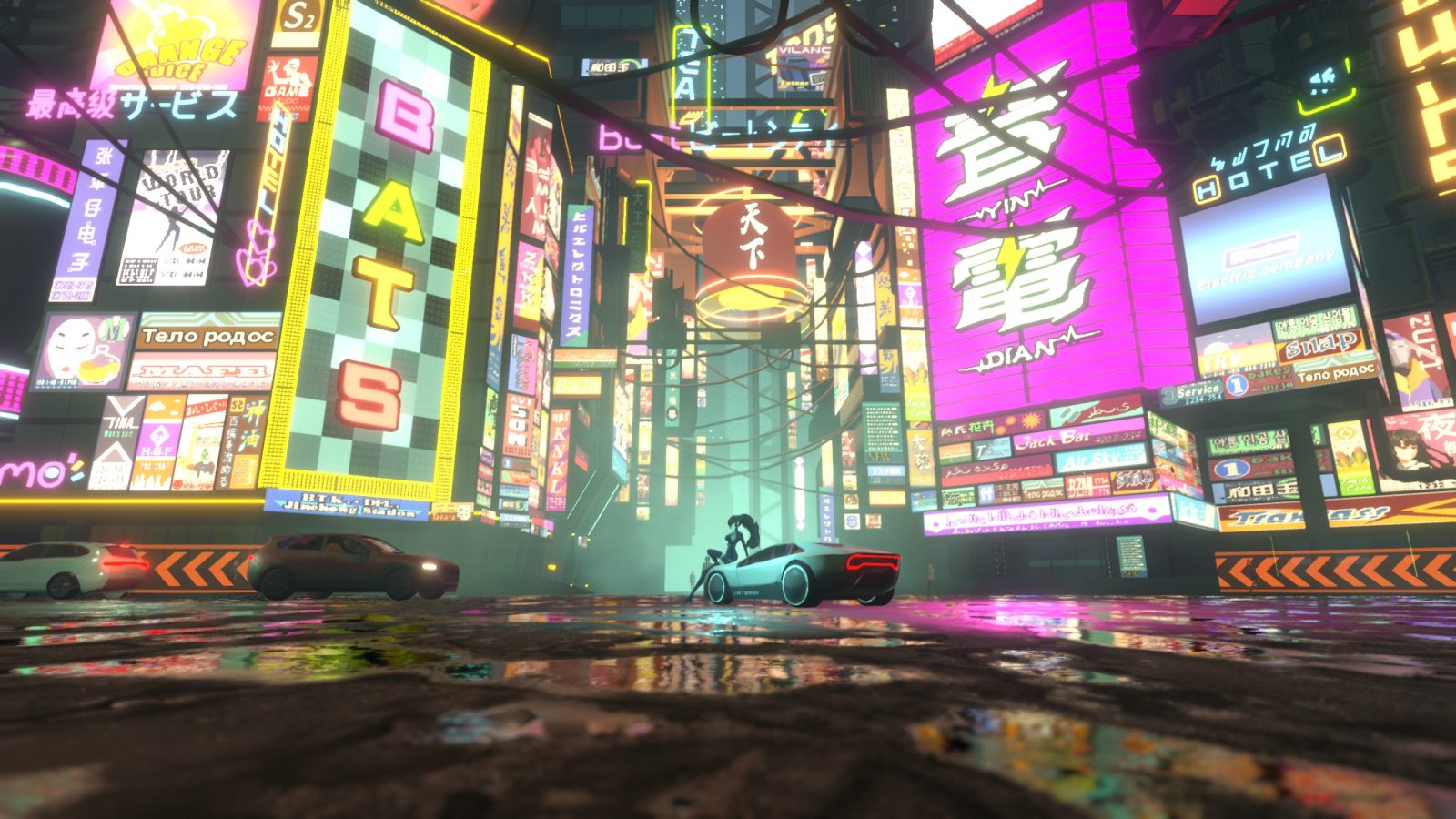 Ann is a mercenary in the cyberpunk future looking for a cure to her disease. While on a mission, she and her girlfriend Ayane discover that Ann’s brother has discovered a mysterious substance that could be the key to a cure – N540. However, as they unravel the trail her brother left, they may find much more than they bargained for.

ANNO: Mutationem is a 2D action-adventure game developed by Thinking Stars, a Bejing studio. I’ve been looking forward to this title for quite some time because of its gorgeous melding of pixel art and low poly, 3D environments. Add on top some adventure game elements and a combat system aspiring to the greats like Devil May Cry and Bayonetta and you’ve instantly sold me. Sadly, ANNO doesn’t quite deliver on any front.

The game is split into exploration segments and platforming/combat sections. In exploration mode, you can move around in a 3D space to examine objects, talk to people, and interact with the environment. The game uses this style mostly to tell the story, but there are a few side quests to accept and the odd hacking minigame. The towns, while small, are fun to explore and shop in with a surprising amount of stuff to do. Unfortunately, given the game’s very poor and nonsensical translation it’s difficult to figure out what quests want you to do.

The main quest also suffers from having no clue what’s going on, but navigation is generally easier since you just follow a marker. While I didn’t understand anything they said, the voice actors do an admirable job putting some emotion into their lines, though I could hear at times even they couldn’t understand what the characters were getting at. Quite a lot of the story is voiced too, which gives the generally one-note characters some personality. 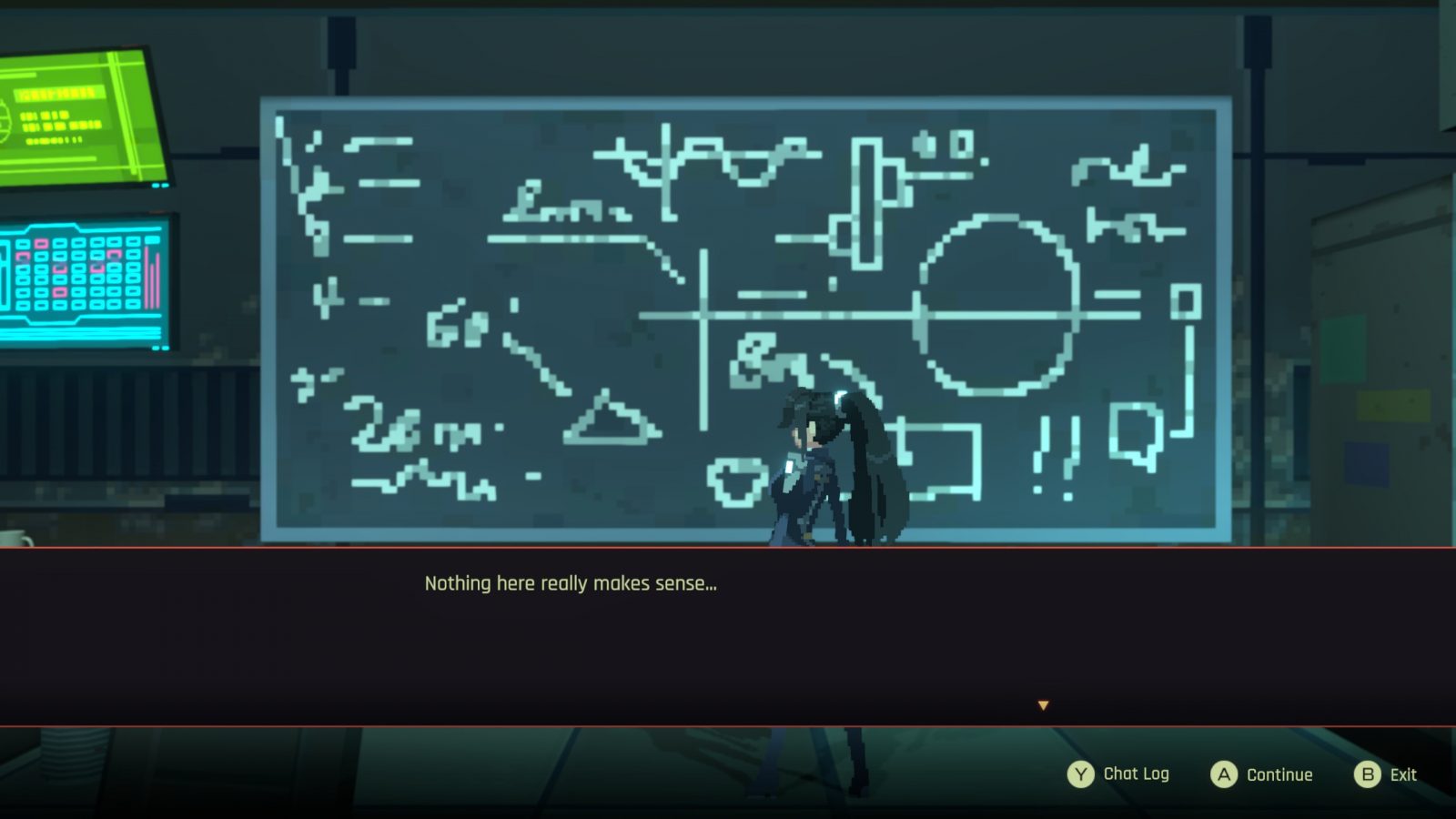 The game can seamlessly transition between 3D exploration and 2D combat, which is pretty dang cool. Ann can move left to right, jump, block or parry with a shield, and perform a dodge roll. Your move set starts small, with a light attack, heavy attack and gun, but expands later on with different weapon types and new abilities like a double jump and air dodge. This is the basis for a great combat system, especially with even more moves and upgrades you can buy with experience points, but there’s no real reason to engage with it because you can just spam light attacks with the base sword type to most efficiently kill every enemy and boss in the game. Your greatsword does a bit more damage to enemy shields, but that’s usually outpaced by the sword’s speed. If you really don’t feel like fighting, you can also just use your base pistol to kill things really quickly. I was initially excited when I saw an equivalent to Dante’s Stinger attack in the skill tree, but with no reason to use any moves other than your normal combo and occasionally dodge combat becomes a chore. Later on in the game, you get a Devil Trigger, but even that does less damage than normal attacks so I just used it for emergency healing.

This leaves just the visuals, but those too come with drawbacks. As you can see, the game looks fantastic in screenshots with some great pixel art, but in motion, they leave a lot to be desired. Rather than animating each frame by hand, ANNO uses a puppet style akin to Flash animation. I can appreciate how many animations are in the game, but this style just looks ugly and unappealing. The game looks great in stills and has interesting ideas, but in practice is an absolute mess.

ANNO: Mutationem had a lot of promise, but ended up spread far too thin. Both the exploration and combat lack any sort of depth, the story is nonsensical, and the sprite work looks ugly in motion.

David is the kind of person to wear his heart on his sleeve. He can find positives in anything, like this is a person who loved Star Fox Zero to death. You’ll see him playing all kinds of games: AAAs, Indies, game jam games, games of all genres, and writing about them! Here. On this website. When not writing or playing games, you can find David making music, games, or enjoying a good book. David’s favorite games include NieR: Automata, Mother 3, and Gravity Rush.
Related Articles: ANNO: Mutationem, Indies
Share
Tweet
Share
Submit