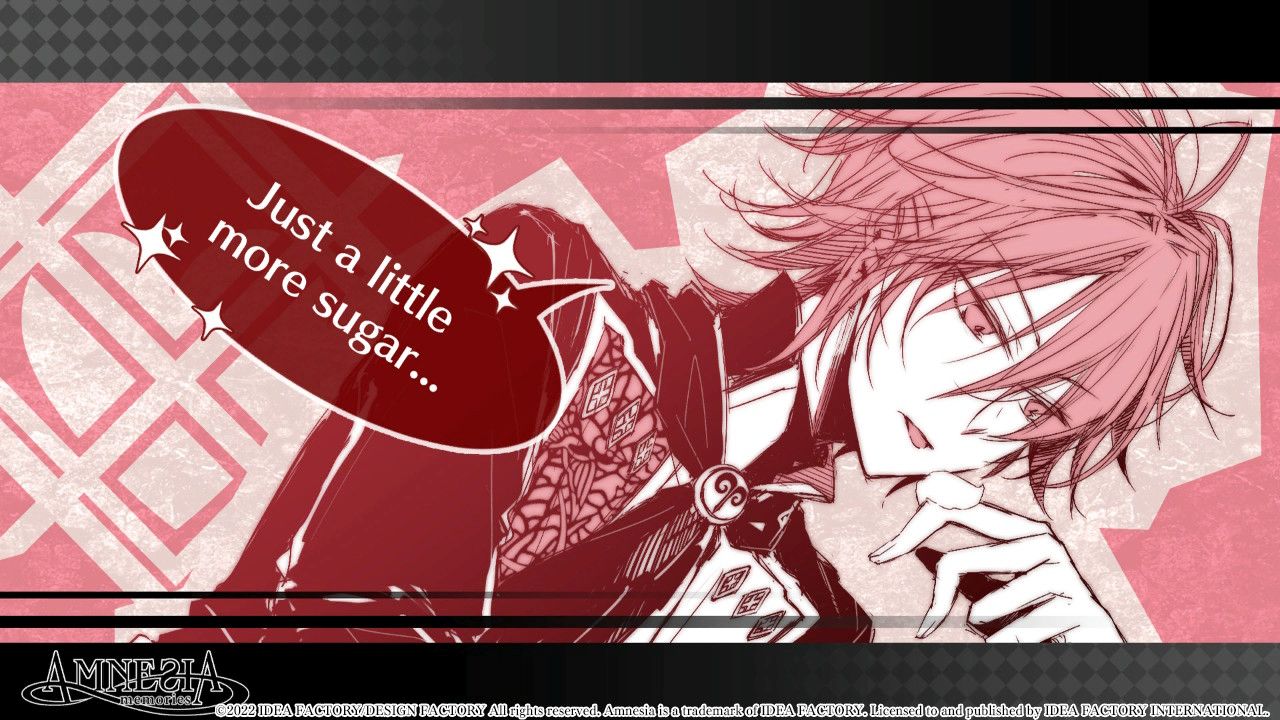 Every once in a while I come across a game that makes me question my sanity. But I don’t think I’ve ever come across one before that constantly made me cringe as much as I did while playing the Amnesia games. I’m not talking about the Amnesia horror games, by the way, I’m talking about Amnesia Memories and Amnesia Later x Crowd published by Idea Factory. Collectively being referred to as Amnesia going forward, these games are part of the Otome genre of games where you explore the different love interests between your main character and a series of typically second-lead male characters. This is alongside whatever the story’s main objective is, which, you probably guessed, in this case is the loss of the main character’s memories.

The story starts off in Amnesia Memories, which was first released on the PlayStation Vita in 2015 and was later ported to mobile devices. Our heroine awakes on August 1st with no memory of who she is or anything that has happened before that day. All she has to go off of is the word of a small spirit named Orion who claims to have collided with the girl’s mind while on his way to conduct business elsewhere. Orion promises to help the heroine reclaim her memories while also trying to make sure she doesn’t get led astray by those around her. He’ll guide her back to one of the four worlds of her life where she’ll search for clues to help unlock her lost memories. 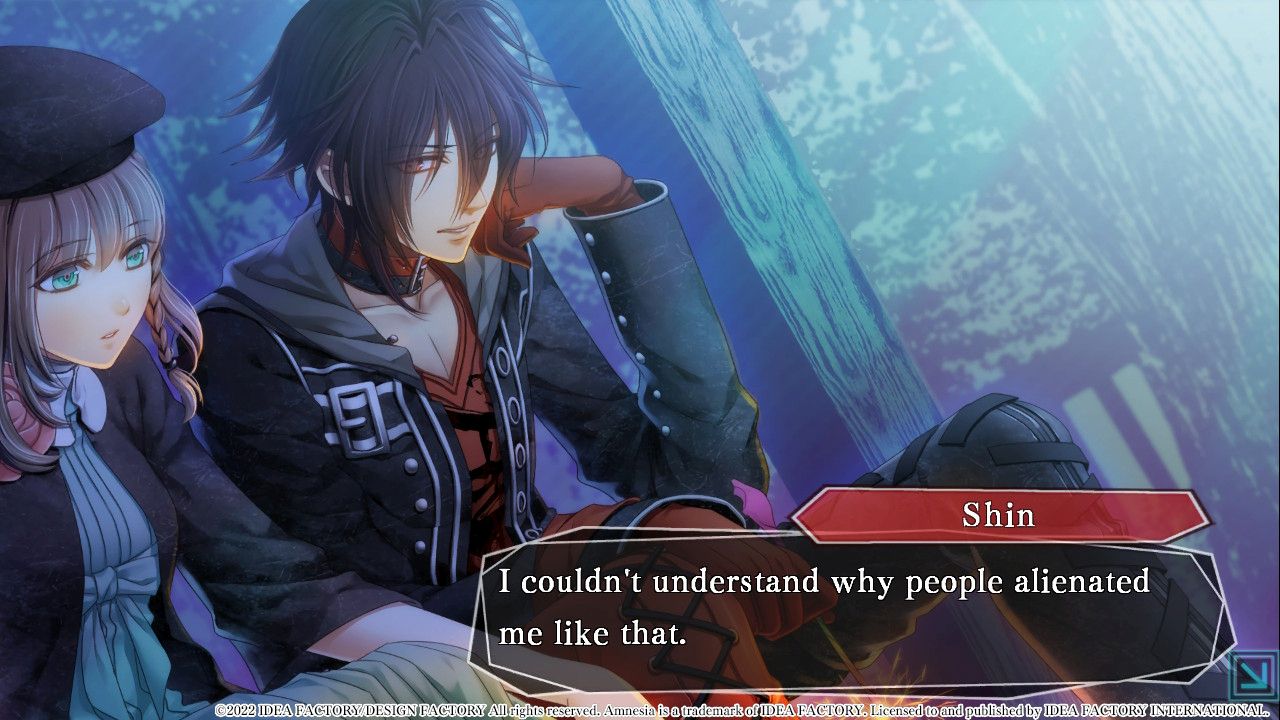 There are four primary love interests your character will spend much of her time with, each with their own separate storyline (world) that explores different circumstances regarding the heroine’s situation, and all with different outcomes. Each story has a handful of different endings depending on the player’s choices. Endings can be bad, normal, or good, depending on the level of trust/suspicion and other factors based on how conversations with other characters go. In total, there are 17 possible endings, with only a few of them being good. There is a fifth hidden world, considered to be the true story of Amnesia, however you can only access this world if you get the ‘good’ ending of all four of the other worlds.

Amnesia Later x Crowd is a 2-in-1 fandisc follow-up to Amnesia Memories. Until this Switch release, these games were not available outside of Japan. Later x Crowd features more scenarios for the heroine’s predicament, including After Story, which takes place after the events of Amnesia Memories, and Suspense, where you’ll actually have to interact with the environment to escape danger in each route. Aside from playing through the typical four worlds, however, there’s the addition of several other storylines for a more in-depth look at other events and characters. In Amnesia Memories, it was recommended that the worlds be played in the order they were listed, but this isn’t the case with Later x Crowd; play them in whichever order you like.

With this being a 3-pack of games to review, that was a little more long-winded of an introduction to what the games are, but we can finally move on to the rest of the juicy details. 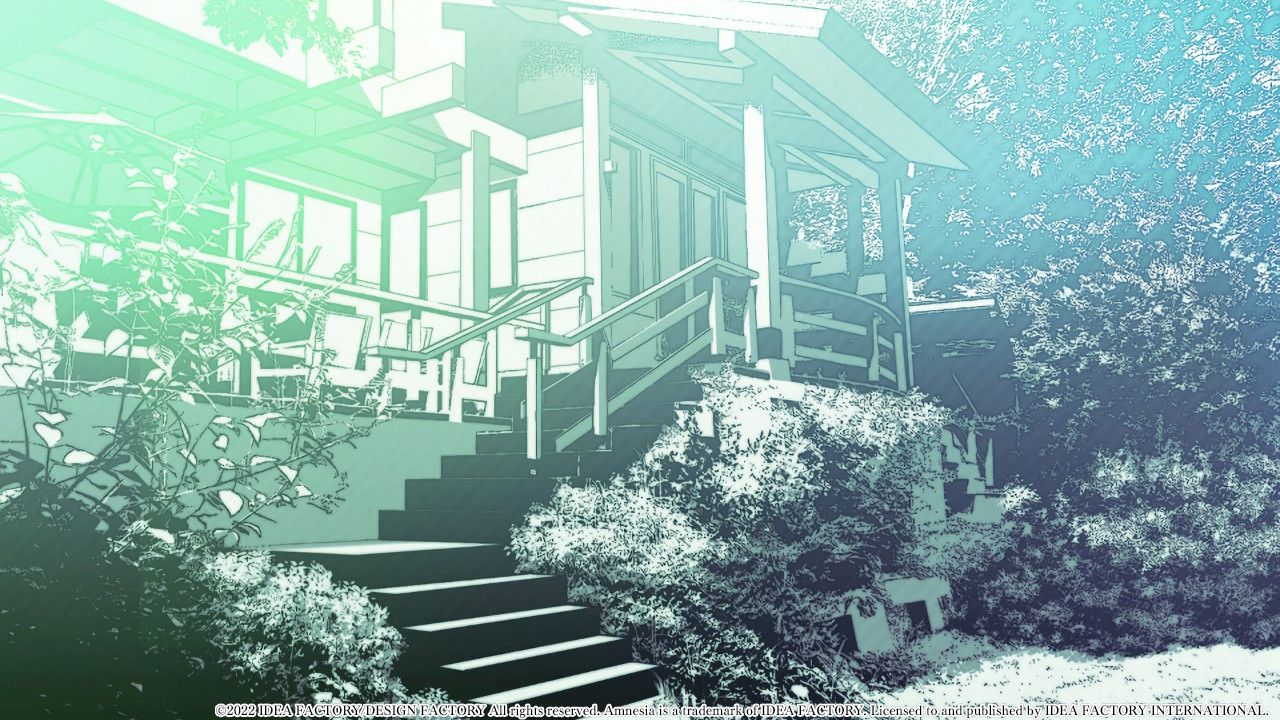 The Amnesia games are storybook adventures where the player simply sits through lines of dialogue in each scene, occasionally making a decision when prompted, and then dealing with the repercussions down the line. It was very easy to sink hours into Amnesia from the start as the baseline story concept (what would you do if you lost your memories?) was very intriguing. I was eager to have the character get out and explore as soon as possible to get answers and fill in the blanks. Games like this are good for those looking to wind down while still getting an engaging and thought provoking experience.

I really like the watercolor static backgrounds of each setting and the art style overall has aged well since Memories originally released. This design is timeless. Japanese voiceover is provided on top of English dialogue boxes, though the voice can be disabled in the settings if you’d just prefer to read without the possible distraction. You press ‘A’ to progress through the conversation or, if it’s something you know you’ve already seen in previous playthroughs, you have the option to automatically skip through by pressing ‘Y’. The Switch port also makes use of the touchscreen functionality like it did on mobile, so you can simply tap at the screen to select a choice option and to progress the dialogue.

As I mentioned before, the decisions you make will land you on one of the many available endings for each world. This translates to a lot of replayability, especially for those who want to unlock all secrets and endings. I, unfortunately, never got a single ‘Good’ ending in all of my time with these games. It is recommended to create a new save for every decision point in the game. You’re provided with 99 save slots in Amnesia Memories alone, so you may as well use them to be able to go back to different points in the story when you want to change up the route. I may go back to see what other turns the stories could take in the future, however, some of the stories were just plain disturbing to me. I feel like I’ve been saying it wrong this whole time by referring to the main character as the ‘heroine’ when in reality I should be referring to her as the ‘damsel’ since that’s how everyone wants to treat her. 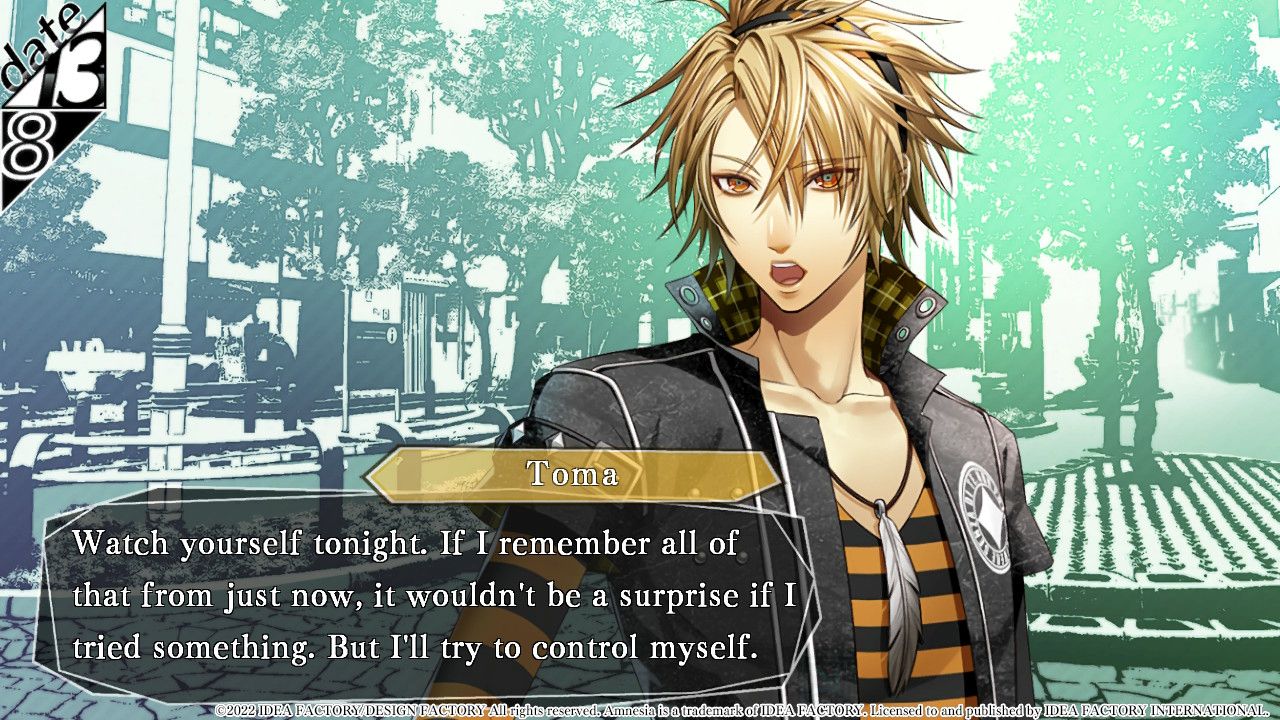 As was stated in our original review, “Amnesia: Memories encourages players to not question or challenge the mistreatment they experience at the hands of their romantic interests…”. The heroine (damsel) is often verbally abused and gaslighted and her wishes ignored. At one point (SPOILER ALERT) she’s even locked in a dog kennel! It literally grosses me out. Ultimately, this is what I view to be the downfall of what should have been a truly captivating and intriguing story about a ‘lost’ girl regaining herself and her independence. As this was my first experience with these games, and with the Otome genre overall, it was very shocking to see.

From a gameplay perspective, Amnesia Memories and Amnesia Later x Crowd have translated well to the new platform, with this being the first time Later x Crowd is available to fans outside Japan. Unfortunately, as a newcomer to the series, an incredible story about a girl’s journey to recovering her memories and discovering the truth is grossly overshadowed by the love interest side of the story where she is often subjected to very poor and sometimes disturbing treatment.