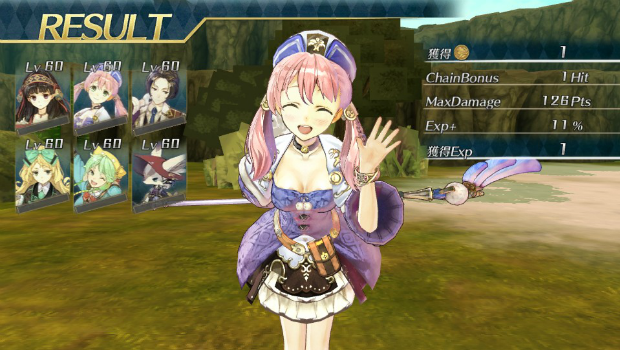 The Atelier series has become a steady source of incredibly fun JRPGs in the past few years. Routinely releasing a new game with similar but tweaked game mechanics keeps each game slightly fresh and still comfortably familiar. The latest Atelier release, Atelier Shallie Plus: Alchemists of the Dusk Sea, is a remake that will feel brand new to newcomers, and also provides lots of new content and secrets for returning players.

Part classic JRPG, part Cooking Mama, Atelier Shallie Plus puts players in the position of a budding alchemist. You are tasked with creating items through the wonder of mystical alchemy. When you are not in the workshop mixing the cauldron, you’re out in the field beating monsters about with various weapon styles and collecting materials along the way.

The game follows two protagonists; in the sky, Shallistera and her father are flying an airship towards the town of Stellard, looking to save her people. In Stellard, young Shallotte works as a general laborer, cleaning and doing other tasks for the local union. Both girls, going by the shortened “Shallie”, embark on separate yet connected adventures while joining up with a diverse group of characters, who are more remarkable for their weaponry than their overall personalities.

I feel very comfortable saying that the characters in Atelier Shallie Plus’ characters are less two-dimensional than I have experienced with past Atelier games, but the overall experience with the dialogue and character interaction is mostly droll, expected and stale. There aren’t as many tropes and cliches as usually come with this brand of JRPG, though that element is present in a reasonable amount. The problem with the narrative is that everyone is overly happy and optimistic, to the point where the politeness of it all seems too saccharine for its own good.

While the story lacks in certain areas, the gameplay is quite fantastic. Field exploration is only limited by your capacity to collect items and stay alive. Each time you defeat a monster or collect materials, a meter fills which provides you with rare materials, relics, or special abilities that clear the map or resources instantly for you, giving you all items at once. The individual areas are small, but can still provide plenty of challenges.

You have two types of tasks to perform. The first and most important are the “Life Tasks.” These are the overall chapter objectives for you to complete to further the story. Along with the main tasks, there are four separate side task options as well, which you’ll unlock by going certain places, meeting certain people, and doing certain tasks like jumping 50 times.

In addition you have requests which come from the union office. These include jobs like collecting materials, making certain items through alchemy, or just killing creatures in the field. The game also provides little cleaning jobs done in both town and in certain areas out on the map.

Battles are simple, quick, and have a strange yet accessible flow to them that I enjoy. Certain characters can perform different things exclusive to themselves. For instance, only Shallotte can use items in battle, but she can only attack, not having any special moves at her disposal, meaning the use of attack items is key. Conversely, other characters in the party may have special moves of different kinds, but cannot use items to heal themselves.

Battles are turn based down to the individual, and each attack fills a break meter on the enemy, which, when triggered, makes them lose a turn, and become weaker. There is also a meter that fills for the player with each successful attack, which triggers special moves and powerful strikes for a period of time. Battles are tough, and while playing on the higher difficulty levels you can expect to lose several times. The game lessens the blow of this by basically tossing you out of the world with a single hit point and little to no other penalty.

The alchemy portion of the game is simple, where the player combines 3 or more items together in a cauldron to create food, medicine, relics, and many other items. Each item requires a specific type of material in a set. Each material provides a number ranking, and special abilities as well. Once you have the materials, they then show a number of available slots.

Based on your alchemy level, you can use your abilities to enhance materials by placing buffs into the slots on each material. You can reduce cost, enhance the number of uses, and apply countless other buffs and special abilities to the items you create. Using books, you can learn about new recipes along the way, and raising your alchemy level and making new items is key to powering yourself up enough to defeat stronger enemies beyond the game’s eventual level cap.

The game is done in a 3D anime style, but the art and graphic style has a very hand-drawn look throughout. I really like how the main town of Stellard is so magnificently designed, with large, sprawling plazas, floating islands, and beautiful arches with rainbows running through. The overall dungeon design is adequate, with little in the way of challenge but plenty of scenery and an increasingly lengthy string of dungeon floors to explore.

The character design is the stereotypical colorful anime loudness, but I find most characters to be impressively drawn up and tastefully displayed. Characters can also be dressed up in different clothes through a “Dressing Room” option. The game is animated with cutscenes both complex and simple, and don’t rely on static 2D images to convey story.

The music is excellent, and the game gives you the ability to choose from a pool of music from previous Atelier several games in the series. Voice acting is impressive for not sounding fake, but otherwise just blends into the action. Lastly, the game gives the player many different shortcut options for reaching the map; tasks, requests, and last dialogue spoken that are easy to use and make this game more streamlined compared to other JRPGs out there.

Atelier Shallie Plus: Alchemists of the Dusk Sea

Atelier Shallie Plus: Alchemists of the Dusk Sea is a remake of the PlayStation 3 exclusive, and finds a fantastic landing spot on the PlayStation Vita with all new secrets and content to explore. The game is easy to learn, fun and well paced, and provides a nice mix of JRPG exploration and battles with an item creation system that serves as the series signature. Colorful, well designed, and only slightly stilted, Atelier Shallie Plus is another great title in the Atelier line.

Patrick Rost has been with Gaming Trend since 2013. At first focused on sports coverage, Patrick has gone on to cover a wide range of games and other products for the website. Outside of Gaming Trend, Patrick writes and records music, grinds perpetually in Elder Scrolls Online (PS4), and lives day to day with his two dogs, Bob and Stella.
Related Articles: Atelier Shallie Plus: Alchemists of the Dusk Sea
Share
Tweet
Share
Submit