Have you ever challenged yourself to draw something by only using one line? Not allowing yourself to lift your pencil until your creation is complete can be tough yet rewarding. That concept is exactly what One Line Coloring is all about. From the makers of Hexologic, another simple yet slightly challenging puzzle game that I reviewed back in 2018, One Line Coloring brings another short but sweet puzzle game to the Switch.

As I mentioned before, One Line Coloring revolves around drawing pictures by using only one continuous line. There are six different areas that boast a total of 110 objects that you must draw. When you click on a location it takes you to a menu with silhouettes of every object that belongs in that area. Clicking on an object takes you to its drawing screen; on this screen you’ll see a 2D image that’s composed of many dots connected by light gray lines. These lines must all be traced and connected by color in order to finish the drawing. Some objects let you start from wherever you want, while others force you to start from a specific dot. The former offers more freedom but leaves you to figure out exactly where you should start, while the latter holds your hand a bit more by only making you figure out which direction you should go first. 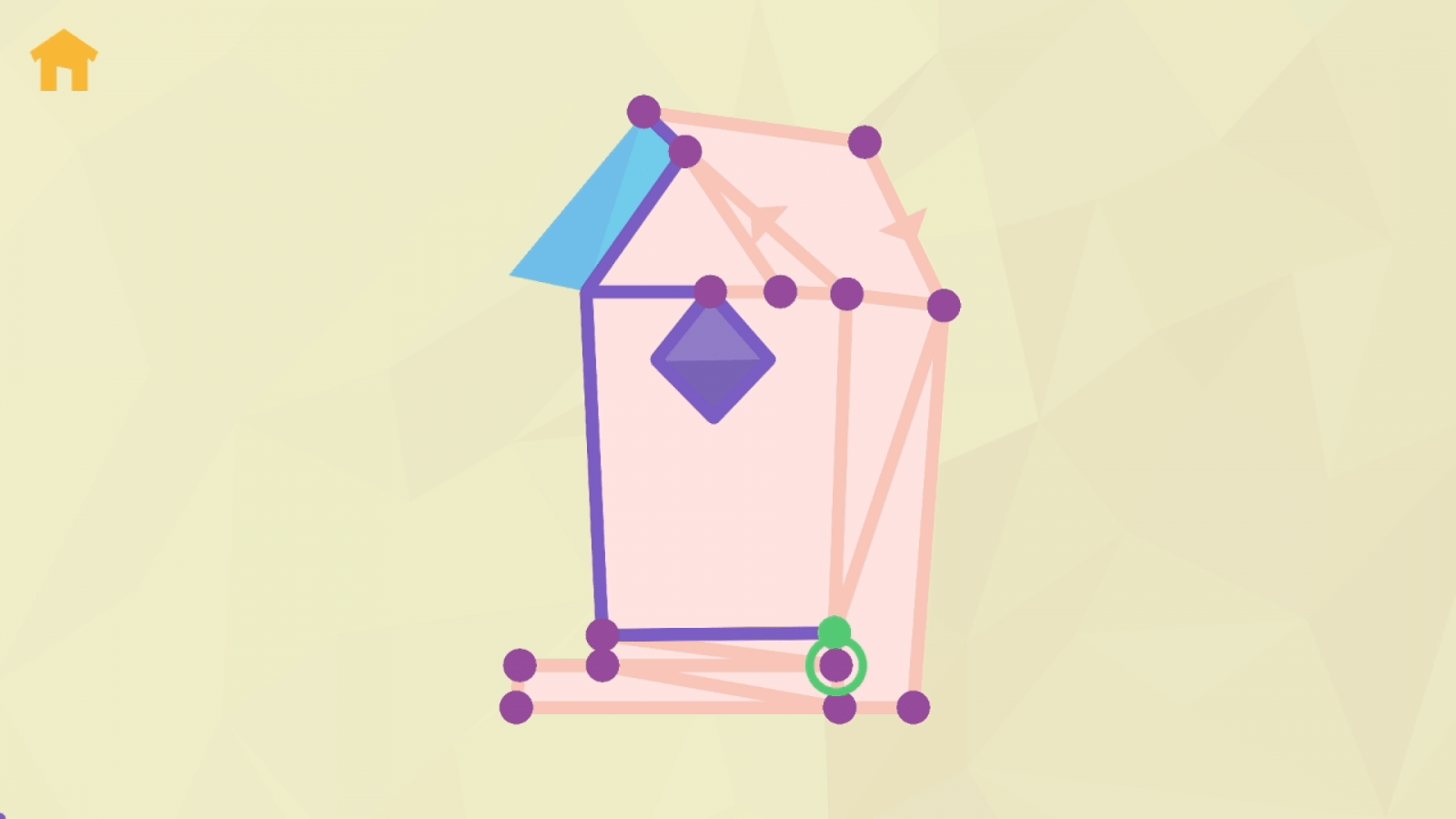 When connecting your dots, you can always backtrack if you make a mistake. Thankfully you don’t have to start the drawing over from the beginning unless you realize that how you started was the mistake. As you complete various parts of an object, those parts may get filled in with color. Speaking of that, one of the coolest parts of finishing a drawing is the fact that it comes to life. Once finished, the drawing becomes a living origami-like object that you can rotate and examine. Each object you bring to life gets placed into the respective location’s diorama. In other words, the goal of every location is to fill up and complete its picturesque scene. These include a forest filled with trees, a fox, a bird, etc., a beach with an umbrella, a hermit crab, a sand castle, etc., and more. Getting to see what I’ve built was always a treat.

In terms of difficulty, One Line Coloring is in the easy to moderate range. The early objects are very easy, but they do get more challenging as you progress. Examples of this include objects consisting of more lines and directional arrows being placed on some lines. Any line with a directional arrow can only be traced by a line moving in that direction, and will refuse to let you pass in the opposite direction. It forces you to think more carefully about your moves, and that extra challenge made the game more enjoyable. Sure, the relaxing nature of the game is nice, but the little bit of planning that you need to do only adds onto the experience. My only complaint is that too many of the levels felt way too short and easy. The fastest that I completed a drawing was around ten seconds, while the longest I took was around 3 1/2 minutes. It doesn’t hurt the game much, but it did make some of the levels feel a bit lackluster. 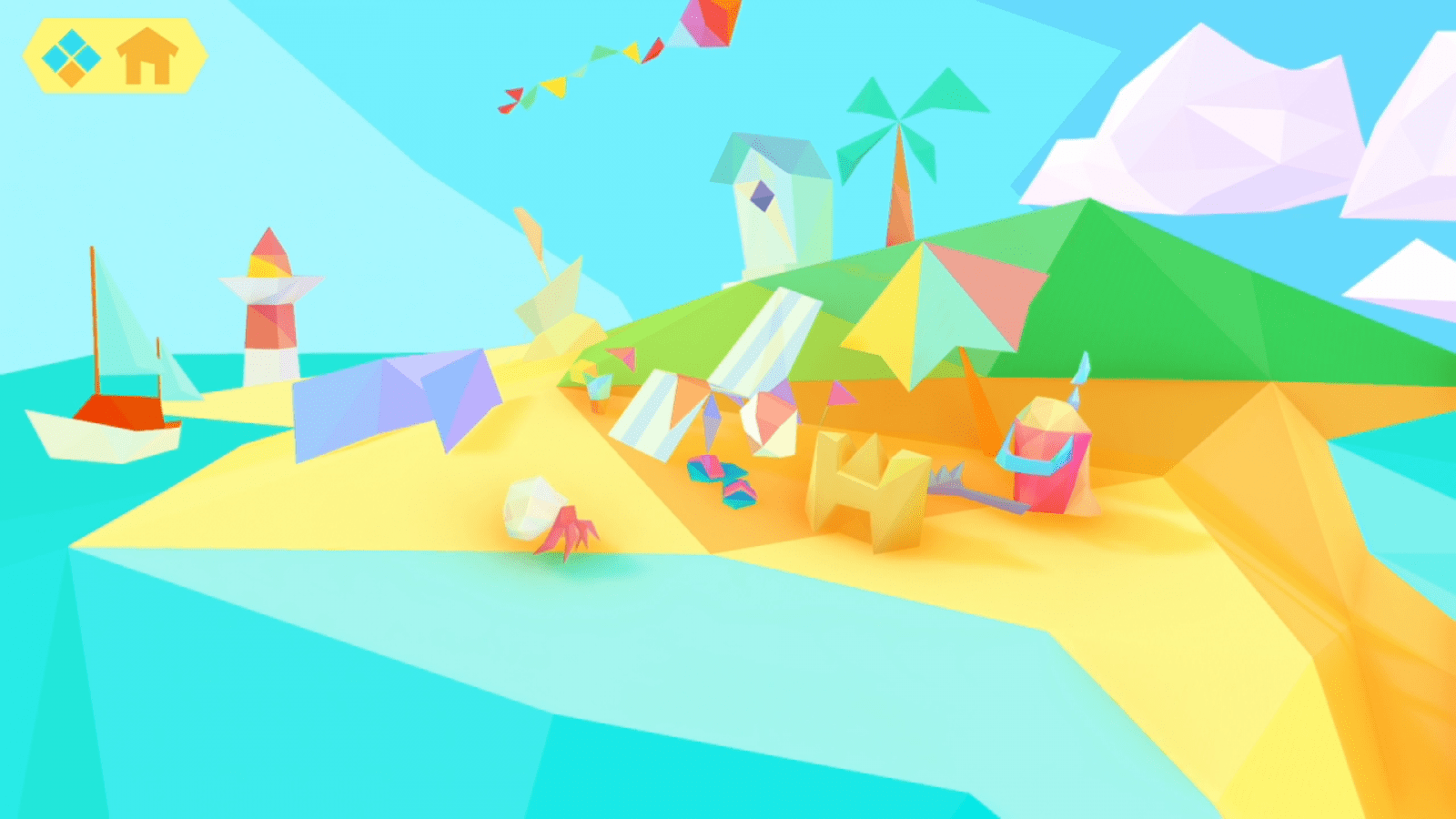 The background music isn’t anything special, but the visuals are colorful and charming. Everything is so bright and cheerful, so why wouldn’t you want to create more? I won’t lie, the little bird was one of my favorite things to create. It’s cute and I love it. That being said, One Line Coloring isn’t the most exciting or impressive game out there, but it’s still a nice little puzzle game. It only took me a couple hours to complete all 110 objects, but it was a relaxing couple hours nonetheless. If you liked Hexologic, then One Line Coloring might be up your alley as well, although just don’t expect any math this time around.

One Line Coloring is a charming little puzzle game that revolves around tracing objects using only one line. It's relaxing and offers little in terms of challenge, but its colorful visuals and cute aesthetic helps alleviate that. Unfortunately it doesn't take long to trace all 110 objects though.

Codi loves to play video games and watch movies. He will watch almost any kind of movie just to experience them. His ideas take inspiration from the shows and movies he watches, and games he plays. He also loves a good pun.
Related Articles: One Line Coloring
Share
Tweet
Share
Submit