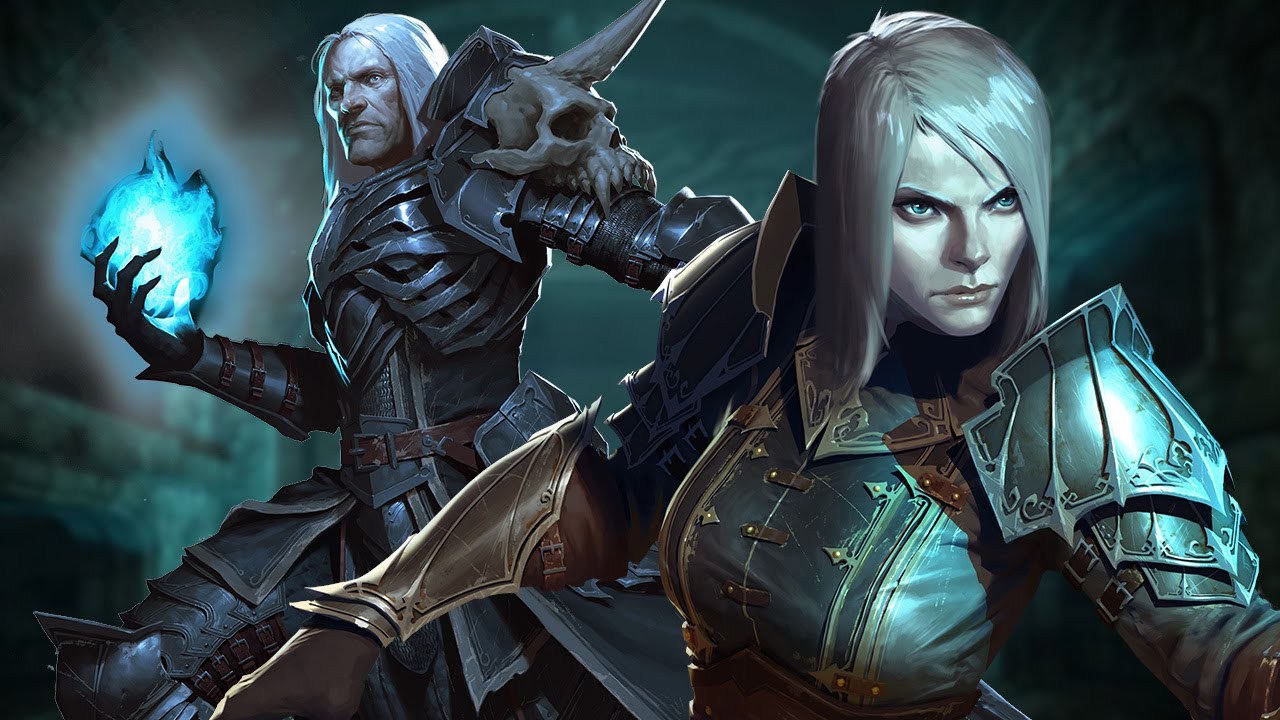 The poorly lit catacomb walls leave little room for escape. The narrow corridors come alive as spectral skeletons rise from the floor, their swords and shields at the ready. Bloated bodies are scattered everywhere, surrounding a fresh wave of enemies shambling towards me, their outstretched hands clawing the air.

Unfortunately for them, those are my skeletons. Those bodies are my weapons. And when those enemies die, they too will join my army. I am a master of the dead, the undead, and everything in between. I am the Necromancer.

Blizzard has released the Rise of the Necromancer expansion pack for Diablo III, and if this is the indication of quality we can expect in future expansions, I wholeheartedly approve. Beyond a simple (though substantial) class addition , Rise of the Necromancer adds four class-exclusive sets, 30 new Legendary items for all characters, two new zones, challenge rifts, weekly dungeons, new bounties, and much more.

First Look: The Shrouded Moors and Beyond

What surprised me most about the Necromancer class is just how differently it plays than its old Diablo II counterpart. Instead, it feels like much of the foundation for the Necromancer came from the Witch Doctor – the other pet-based class in Diablo III. That said, there’s something oddly satisfying about the casual-focused progression of the class. Playing through the storyline once more I found that the Necromancer becomes insanely powerful fairly quickly. As bodies stack up, they can be detonated (a throwback to D2), unleashing massive chain damage that, of course, generates even more bodies to detonate. Similarly, using Revive to raise bodies from the dead creates a continuously refreshed army of fresh corpses. At its most basic, the Necromancer fills the space between Wizard and Witch Doctor, with a dash of Crusader curses thrown in for good measure. Crowd control, direct assault, splash area-of-effect, and passive damage are all viable with only the most minor of power adjustments.

But life begins after 70.

Diablo III has a large following of dedicated players who do frequent Rift runs, collect every piece of gear from Seasons, and min/max every power and Legendary until they’ve squeezed every drop of power from a class possible. There are debatably several builds / sets that are viable at higher levels, but Bone Storm with the Inarius Legendary Set is widely considered to be the best of them. Blizzard has been fairly good about balancing classes post-launch, so they should be able to tune out a few more viable end-game classes over time to keep the endgame-focused fanbase entertained.

A new feature in Rise of the Necromancer is the addition of Challenge Rifts. Unlike Greater Rifts, these are meant to push the player to try new class builds out and challenge one another for bragging rights and trinkets. As players tackle Rifts, Blizzard is capturing the creatures we encounter, the gear we have equipped, our power payload, the time it took to clear it, and everything else about that unique instance. One of these is selected each Monday and placed into an instanced space called the Challenge Hub.

The Challenge Hub tasks you to tackle the completion time set by the selected player, using their specific gear and power loadouts. You can’t change these powers out, nor can you swap out any equipment, you can only assign the powers to different keys (or buttons should you be tackling the console version). The task before you is simple – beat the completion time set before you. A small timer on the left side of the screen keeps track of your current pace versus the target time. Should you succeed, you’ll receive some loot in the mail at the end of the week. This mode is an interesting method of getting players to try new things, inspiring them to step outside of their current approach.

I do have to admit that the Necromancer, as expected, is one of the most badass looking characters at higher levels. The Trag’oul’s Avatar set looks especially gruesome with its blood-red exposed ribcage-like bones. The Grace of Inarus set is really the only set that doesn’t look entirely evil (You do remember that Diablo is about stopping the bad guys, right?).

Content aside, there are a few hiccups present here. The animations for the Necromancer feel less polished than the Crusader, and there are several powers that simply aren’t fun or don’t appear to be all that useful. Chiefly among them are curses in general (there are three) and Mages. Shortly into play you’ll be able to summon Skeletal Mages that will hurl spectral bolts at their targets. Runes unlock new augments to their power, but I felt like they were getting less useful as I leveled, until I stopped using them entirely. Similarly, the power loadout necessary to bring a large spectral army to life to keep a buffer between you and the enemy always ended up cutting out my curses. They never felt important enough to my build to be useful. These are pretty minor things that will undoubtedly be fixed in post-release patches, if Blizzard’s ever-present approach to quality is any indication.

While the game is absolutely rock solid on PC, the PlayStation 4 version (on a stock PlayStation 4) has the occasional framerate wobble. This is less frequent, but still present, on the PlayStation 4 Pro. While I never saw it playing the campaign or adventure mode, the Rifts can occasionally get hectic enough to drop the framerate into the high 20s.

There are two much-requested quality of life improvements included in Rise of the Necromancer that hoarders like myself should be happy to see — two additional slots for characters, and two more tabs for your stash. If you’ve completed all of the seasons you’d have 10 tabs for all the miscellaneous gear you may have collected, and the Necro pack adds an additional two to account for the new Legendaries and set items you’ll be picking up.

Diablo III: Rise of the Necromancer

With a few new zones and bounties, there’s more to tackle beyond the new class and Challenge Rift. With luck, and the upcoming Season 11, there’s plenty of reasons to come back to Diablo III. The Necromancer is a bit of a work in progress currently, but it’s a fantastic addition that fits nicely into the pantheon of fighters and casters.

Ron Burke is the Editor in Chief for Gaming Trend. Currently living in Fort Worth, Texas, Ron is an old-school gamer who enjoys CRPGs, action/adventure, platformers, music games, and has recently gotten into tabletop gaming. Ron is also a fourth degree black belt, with a Master's rank in Matsumura Seito Shōrin-ryū, Moo Duk Kwan Tang Soo Do, Universal Tang Soo Do Alliance, and International Tang Soo Do Federation. He also holds ranks in several other styles in his search to be a well-rounded fighter. Ron has been married to Gaming Trend Editor, Laura Burke, for 21 years. They have three dogs - Pazuzu (Irish Terrier), Atë, and Calliope (both Australian Kelpie/Pit Bull mixes).
Related Articles: Diablo III: Rise of the Necromancer
Share
Tweet
Share
Submit