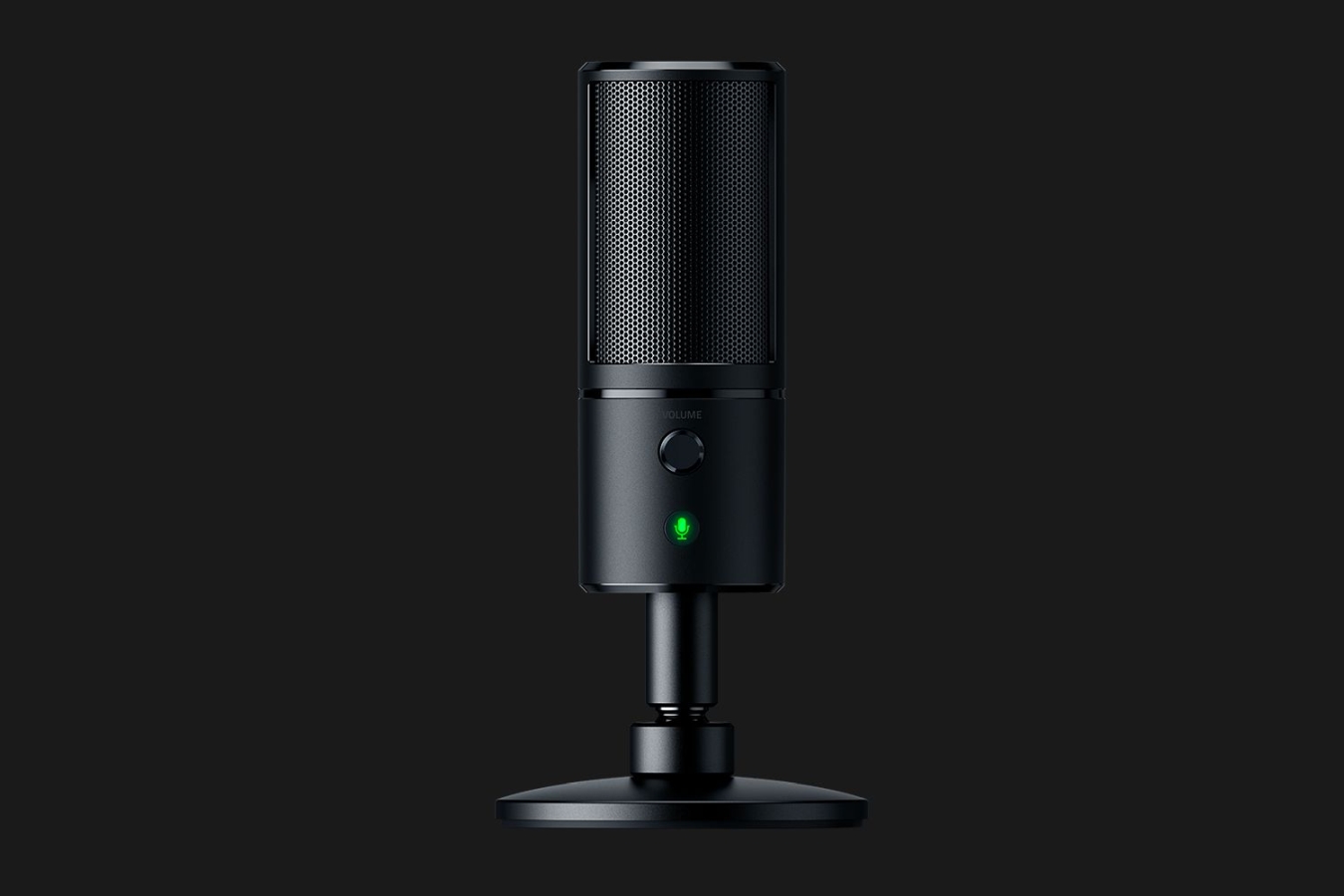 I am by no means a hardware expert, but I’ll do my best to tell you about my experiences with the Razer Seiren X microphone. This year has been a crazy adventure for me with trying to find the perfect set up after my favorite headset started falling apart. If you’ve followed along with some of my other articles, my Editor-In-Chief here at Gaming Trend, Ron Burke, has been passing headsets to me all year, in hopes that I can find something that works for me. I have easily tried over six headsets, before finally moving on to desktop mics, hence this review. 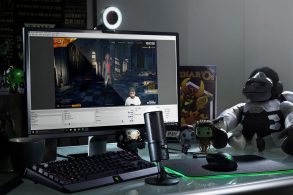 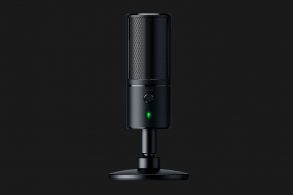 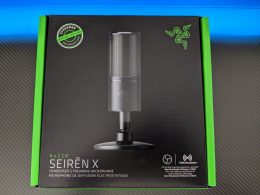 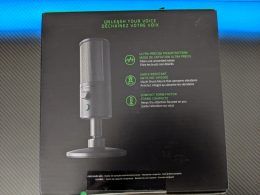 My biggest problem is that I wear glasses most of the time, so headsets will inevitably start to cause pain that leads to a headache. I’ve been leery of desktop mics because the gaming friends I know that use them all sound like crap. I also borrowed one from Ron earlier this year, and everyone told me I sounded like I was in a garbage can, so going into this review I had pretty low expectations. However, the Seiren X surprised me. The first thing that it has going for it, is the price. It’s much lower than its competition, currently retailing for $79.99. Most other entry level mics start at about $120, so if you’re looking to get more serious about streaming, the Seiren X will get you started without breaking the bank.

The second thing I appreciate about the Seiren X is that it is fairly small and low key. It has a sleek, solid, matte black finish, and doesn’t take up much room on a desk. The desk stand is also heavy enough that it won’t tip over easily, even if your clumsy like me and knock into it. The only buttons you’ll find on the mic are a mute button, and a volume knob. The micro USB comes out of the bottom of the mic. This set up not only takes up a lot less room than other streaming mics, but it also makes it ideal to travel with. It’s simple, but effective. The Seiren X also has a built-in shock absorber if you accidentally bump into your desk, or for those intense PvP anger management moments.

You can hear how the Seiren X sounds in the little video I made above, along with the tech specs. The sound quality is surprisingly good, though I will say I had to tweak a few things to get it to sound decent. When I had the mic sitting on my desktop using the stand that comes with it, all of my gaming friends said I sounded far away, tinny, or muffled. The Seiren X uses a supercardioid pattern, but even though the mic was maybe only two feet away from my body, it still had trouble keeping up. When you add in gaming background noises and music, my voice was lost. I attached it to a microphone arm, and the problem was solved. When the Seiren X was only a few inches away, the sound was crisp and clear.

Razer boasts that the shock absorber will reduce background noises… and it works for some things, such as I previously mentioned with bumping into your desk, but if you have a mechanical keyboard like me, it will pick up your keystrokes. This made it so I pretty much had to have push-to-talk on while on voice chat. It did do a great job of blocking out other background noises though, like clearing my throat, my computer chair squeaking, TV on in the background downstairs, or setting my cup down on my desk.

While I am not sure if this will be my permanent set up for streaming and gaming, the Seiren X is the first desktop mic I have personally heard that sounds decent. I definitely appreciate not having a bulky headset on, and that I didn’t have to sacrifice sound quality in the process.

I enjoyed reviewing the Seiren X, and if you’re looking to get into streaming, this is an affordable option. The sound quality competes with some of the more expensive brands on the market, while the small design is great for small desks, and travel. The Seiren X is currently retailing for $79.99.

Holly Hudspeth is a best-selling author living in Fort Worth, Texas. She has six published novels to date; The Skyy Huntington Series, which is an epic dark fantasy adventure, and One Small Detail, a stand-alone medieval fantasy. Holly also enjoys writing fan fiction based on her avatars from games such as EverQuest, Elder Scrolls Online, and World of Warcraft. Her first major purchase at the established age of nine was the NES, and she has been gaming ever since. She enjoys fantasy games, city builders, RPGs, MMOs, SMITE, and The Sims franchise. Most nights she is in SMITE with her husband and friends, or playing ESO. When she isn't gaming, she is probably either at Disney or planning her next trip there.
Related Articles: Hardware, Razer Seiren X
Share
Tweet
Share
Submit