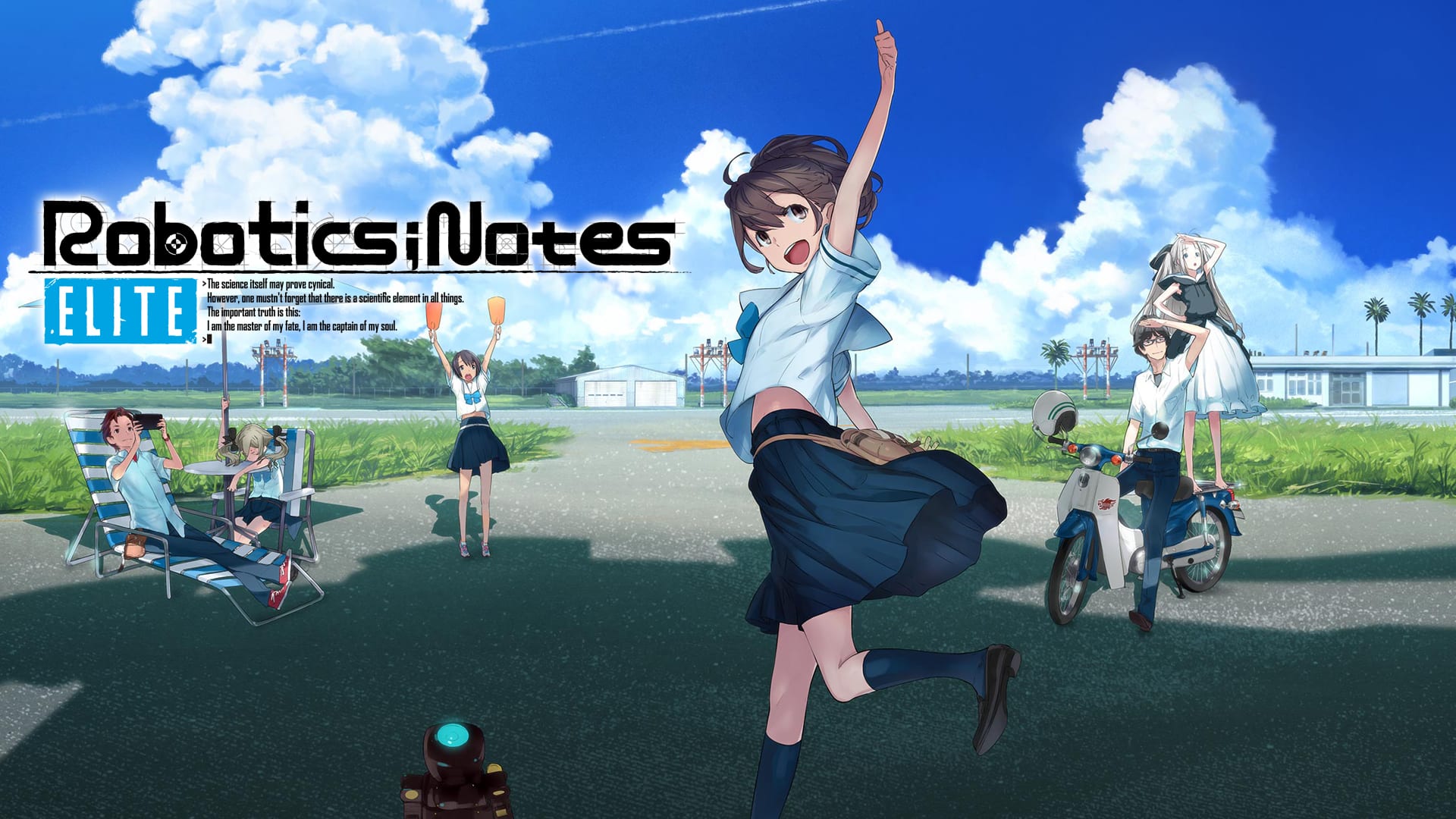 The Science Adventure or SciADV series, developed by Mages and published by Spike Chunsoft, is one of the most popular visual novel series. For good reason too, as it is one of the most engaging and entertaining visual novel series to date. All games in the series have spanned multiple sequels and anime adaptations. Robotics;Notes Elite comes as the third visual novel in the series right after the first Chaos;Head, and the second and most popular, Steins;Gate.

All games in the series share multiple themes and elements, with the most prominent being its science fiction elements. While Robotics;Notes Elite seems to be the most grounded game in the series, that aspect still remains true for it. The visual novel originally released in 2012 in Japan but has now finally been localized for western audiences.

Robotics;Notes Elite takes place in the futuristic future of… 2019 where the world, especially Japan, is currently in a Robotics obsessive phase, especially with a mecha anime called GunVarrel. The events of the game take place on the fictional island of Tanegashima, home to the central high school’s Robotics Research Club with club members and protagonists Kaito Yashio, a lazy and uninspired high school student who’s one thing is excelling at a fighting game based on the popular GunVarrel anime titled Kill-Ballad, and Akiho Senomiya, president of the Robotics Research Club and Kaito’s childhood friend.

The Robot Research Club is known to have a bad rep due to the headstrong nature of its current president, as well as its lack of new accomplishments and group members. As such, it is dangerously close to being shut down. However, Akiho fights to prevent that outcome by upgrading the club’s old hobby robot and entering it into a fighting competition. After a lot of hard work and perseverance, things start to go well for the club, as they quickly gain new members and start working on major projects. However, things quickly take an odd turn when they are caught amidst a mysterious event that threatens the fate of the world itself.

Much like many other visual novels, Robotics;Notes Elite starts at a pretty slow pace with the game taking hours before jumping into the main events. However, the length is highly justified as it shows us the already established and growing bonds between the characters. Throughout the game, we see how our little Robotics Research Club starts and how it evolves. I found the most enjoyable part of the game to be witnessing the often funny, yet realistic interactions between the characters, especially that of the two leads Kai and Aki. It’s clear these two have been close right from the very beginning and do everything together, so it makes sense as to how they always act natural around each other.

While Aki is depicted as cheerful, optimistic, and hardworking, Kai is almost the exact opposite; prompting to be more negative, nonchalant, and unsupportive which makes sitting through some of his actions quite frustrating. While he can be irritating, the novel shows that he still cares very much for her. Another aspect I enjoyed about the game is its stellar narration and storytelling format as it frequently shifts perspective between multiple characters so you’ll always get the full picture. Introducing the novel’s world and scientific elements is also done surprisingly well in a manner that won’t bore you with extra information you can choose to read in the Tips Menu.

Other than that, as a visual novel Robotics;Notes Elite is one of the best I’ve played. Instead of your usual lazy set of repeated 2D images, it implements a stylistic blend of 3D character models as well as some beautiful illustrations and fully animated scenes for dramatic effect. Though I did find a few of the character models to be quite derpy looking. 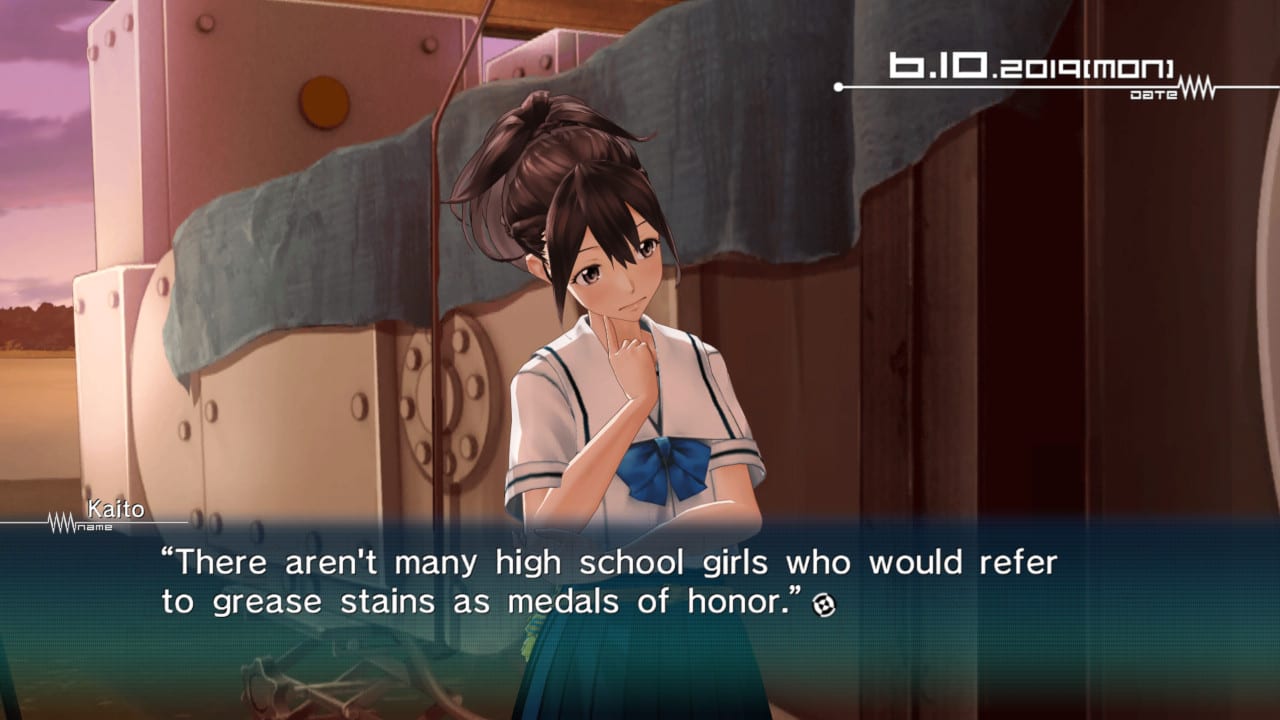 The visual novel goes even further with immersion by allowing the player to take control of Kaito’s mobile phone or ‘Phonedroid’. This nifty device lets you access the digital map of Tanegashima, reply to posts on your Twippo feed, (the game’s version of Twitter), and use an AR program called IROU to receive information on items in the background as well as character profiles.  Sometimes, you’ll even be able to play a match of Kill-Ballad which can be won by successfully inputting a series of button prompts. The UI, while simple and well-fitting for the game, does show its age a bit, especially when navigating the menus.

Similar to other visual novels, Robotics;Notes Elite includes some extra narrative elements such as its numerous optional scenes and endings, some of which won’t be unlocked unless you frequently and accurately respond to your Twippo posts right from the start of the game. I found this to be a strange prerequisite, but for a visual novel made in 2012, it doesn’t surprise me that much.

Lastly, I’d like to credit the game’s wonderful soundtrack by Takeshi Abo. The soundtrack matches the theme and vibe of the game remarkably well and if you’re like me, it will give you the nostalgic feeling of playing old visual novels. 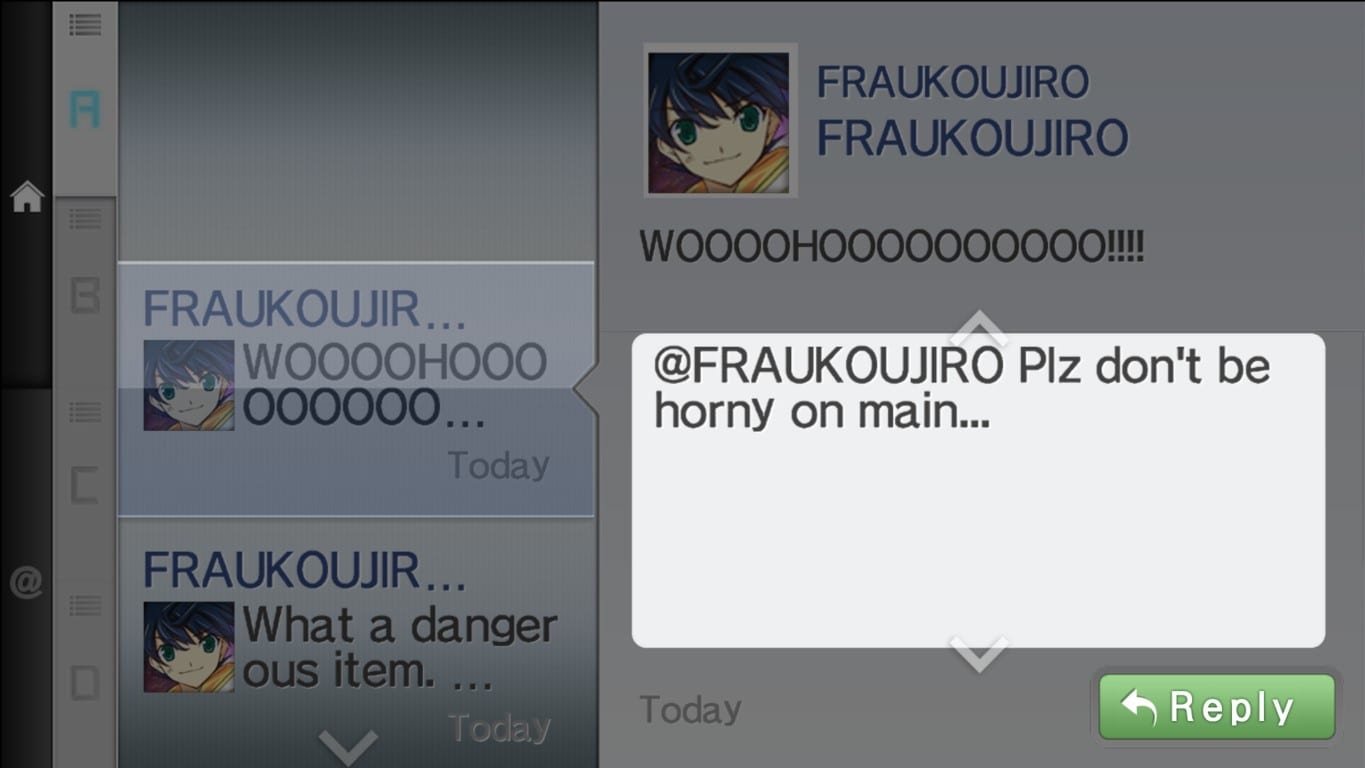 All in all, Robotics;Notes Elite was a highly enjoyable experience to play through. While it isn’t perfect, it is perhaps the easiest title to introduce a newcomer to the excellent SciADV series, and I can confidently recommend it as one of the best visual novels currently on the market.

Robotics;Notes Elite is a highly enjoyable experience to play through. While it isn't perfect, it is perhaps the easiest title to introduce a newcomer to the excellent SciADV series.

Abdul Saad is an avid gamer and computer geek. He's been writing for four years on news, reviews, previews, and more on multiple gaming sites. When he isn't writing or playing the latest JRPG, he can be found coding games of his own or tinkering with something electrical.
Related Articles: Robotics;Notes Elite
Share
Tweet
Share
Submit