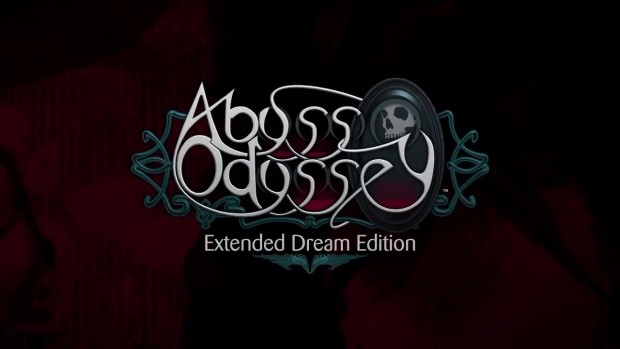 It seems like we see more and more games from the PlayStation 3 and Xbox 360 generation make the jump to current platforms lately. Some are totally rebuilt, making an old classic feel brand new again while fixing issues that plagued the original release. Others optimize presentation and visuals, with the hopes of giving gamers a second chance at experiencing a game they may have missed the first time around. Then there are those that make their way to new consoles because the original release landed at an inopportune time.

Abyss Odyssey: Extended Dream Edition falls into this category as being an upgraded port of a PS3 game that silently released in 2014, during a time that many gamers had already moved on to their next consoles. Unfortunately, while the original game released to little fanfare previously, this second attempt is unlikely to be any different. Abyss Odyssey: Extended Dream Edition suffers from many frustrating issues, and despite a few new features, the game ultimately disappoints.

Players begin the game as Katrien, a warrior created from the imagination of an evil being simply known as the Warlock. After the Warlock opens several deep chasms in the Earth’s surface, causing enemies to flood out and wreak havoc, it’s up to Katrien and her allies to make their way deep underground to defeat the Warlock and end the enemy invasion.

The gameplay falls under the umbrella of several genres. The core experience is a 2D action platformer where your hero will continue to make their way further downwards into the abyss while combating enemies along the way. With randomly generated levels and increasingly difficult enemies, players will die frequently, especially at the start, with each death sending you back to the top of the abyss, essentially restarting the game while retaining any XP and gold that has been earned. This gives the game a roguelike feel, where players are encouraged to grow more experienced with each attempt in the hopes that their next venture will progress more smoothly.

The premise is solid, but Abyss Odyssey suffers from several frustrating design choices. While the unpredictable nature of the game’s map tries to mix things up with different approaches and a progression system that will leave you feeling encouraged to try again, there is only so much variety to the game’s layout and gameplay, leaving a very strong repetitive feel. I frequently found myself with a “just one more” attitude where I was compelled to try once again, only to find myself unsatisfied and frustrated by the same repeating traps and scenery. Coupled with areas that are generated with little care to enemy or hazard placement, as well as a lack of any type of tutorial despite awkward controls (R3 to talk to NPCs?), and Abyss Odyssey will leave you confused and frustrated more often than not.

Despite all of these nuisances, though, the combat is where Abyss Odyssey truly suffers. Boasting mechanics that aim to be like a 2D fighting game, players are able to mix-up standard attacks with grabs and special moves to give combat variety. Players are also able to perform double jumps, blocks and rolls, which from a movement and combat standpoint makes Abyss Odyssey feel like the Adventure Mode of several older Super Smash Bros. titles.

The problem, though, is that each combat action feels slow and stiff, making enemy encounters more of a chore than a pleasure. It is also impossible to cancel attacks mid-strike, making adapting to enemy movements extremely difficult. With fights sometimes consisting of several opponents, some of whom might have the potential to attack with greater speed and reach than you, I found combat to be completely unbalanced. It’s understandable for a roguelike to want to prevent victory during early attempts, but bouts against numerous opponents who have an unfair advantage just leave you frustrated and unsatisfied.

The platforming is no pleasure either. Double jumps and wall jumps help make the player slightly more acrobatic, but with the game’s clunky movement, trying to pull off any sort of platforming with finesse becomes difficult, especially when attempting to avoid stage hazards. The randomly generated level design also seems to work against the player as some obstacles seemed to poorly line up with one another, creating awkward platforming moments, including hallways that lead to nowhere or extra-wide pits of spikes or fire. There were even two instances where I fell into a small pit in search of items, only to realize that the limited height of my jump wasn’t high enough to make it out, forcing me to exit out to the main menu of the game and start over – although I was admittedly playing as one of the game’s soldiers in both instances, rather than one of the main heroes. Movement ultimately just feels flat, and the occasionally poor layout doesn’t do much to help.

One area where I do have to give Abyss Odyssey credit, though, is in its art style. The visuals are not unlike a watercolor painting, while also featuring strong imagery of demons and monsters. This all gives it a dark and dreary color style that suits the game’s cavernous setting well. The backgrounds, while perfectly sufficient, do seem a little flat at times, though, and even with the addition of 1080p visuals in the jump to PS4, some areas do seem more monotone than others. This is more of a nitpick than a complaint, though, as the anime-style visuals work in the game’s favor.

From a content perspective, there are a few extras to offer a little more variety. While players must start the game as Katrien, there are two other unlockable heroes to play as, each with their own stats and the ability to level-up, although no one character ever felt superior to another. Co-op mode is also available for those wishing to team-up, but I found that the awkward platforming and the fact that friendly fire is on by default caused me to prefer playing solo. Lastly, there is also a versus mode where players can go head-to-head in online or local multiplayer, but with combat being a mostly frustrating affair, it’s unlikely that players will get much use from this mode. Still, it’s a nice to have these little additions, even if they are used more for practice than execution.

Abyss Odyssey: Extended Dream Edition is far from broken; the addicting nature and appealing visual style should offer at least some enjoyment. However, the rigid controls, blocky movement, unbalanced combat, and perplexing level design often mar what would otherwise be a solid game concept. There was potential to fix some of these hang-ups in the year between last year’s release and now, but unfortunately the jump to PS4 has seen little improvement. Abyss Odyssey offers occasional moments of fun, but is ultimately an unsatisfying experience.

The dreary art style and addicting nature are not enough, as stiff controls and unbalanced gameplay mar what would otherwise be a solid experience. Abyss Odyssey: Extended Dream Edition is fun at times, but ultimately an unsatisfying affair.

Gaming Trend's resident amiibo collector, Matt's a lifelong gamer with a soft spot for Nintendo. As a new father, Matt often struggles to stay as involved as he has been in years past but can always be counted on to come back for some engaging geeky conversations. A resident of Philadelphia, he is currently working on building up his Man Cave with all things Marvel, Star Wars, and Video Games. As an old-school gamer, Matt firmly stands by his belief that gameplay will always be more appealing than story.
Related Articles: Abyss Odyssey: Extended Dream Edition
Share
Tweet
Share
Submit