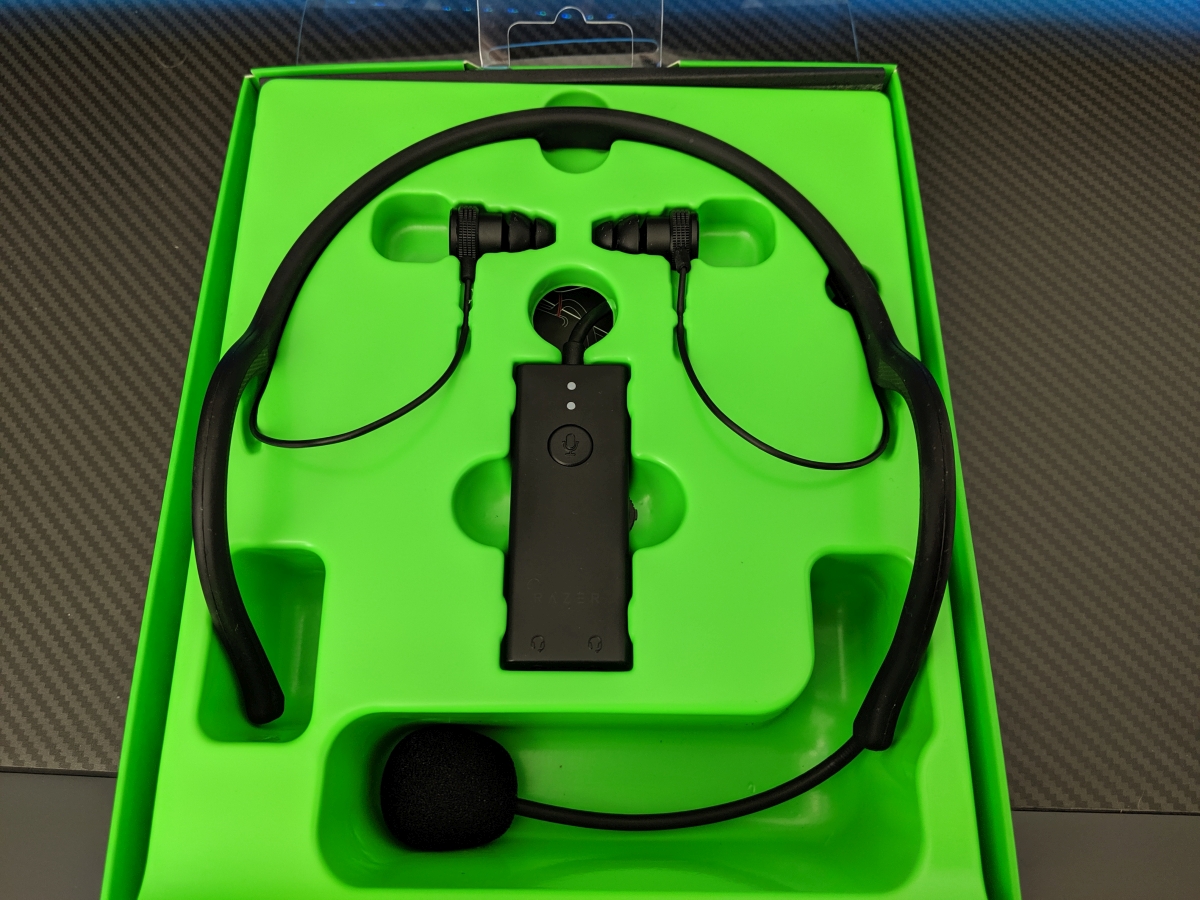 I have been on what seems like an eternal quest to find the perfect gaming headset for the last year and a half when my current one started showing signs of aging. And by signs of aging, I mean it’s pretty much falling apart. Half the time the left ear doesn’t play sound, the padding on the cups are all but peeled off, and I have to place the cord in “just” the right spot for the mic to work. It turns out, I am pretty picky when it comes to headsets, but my good friend and editor-in-chief here at GT, Ron Burke, cringes every time he sees me wearing my old relic, hence this review for the Razer Ifrit! 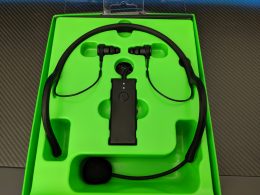 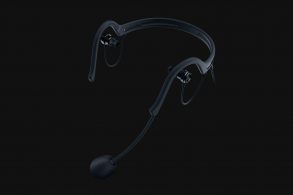 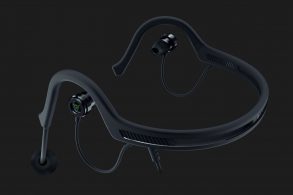 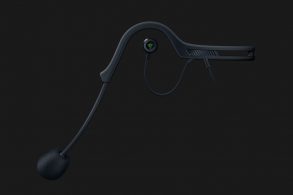 To start with, I wear glasses so wearing the more popular gaming headsets with the huge ear cups gets very uncomfortable for me, leading to a headache. I know this is an unpopular opinion, but I also don’t like to have ALL the sound blocked out when I am gaming. Not only do I like to be able to hear if my five year old is getting into something he shouldn’t, the feeling of having my ears essentially covered or plugged makes me feel weird. The Razer Ifrit kills two birds with one stone for both of those complaints. It’s SUPER lightweight, and feels as if you’re wearing nothing, and you can easily pop an earbud out if needed.

The Ifrit wraps around the back of your head, and gently sits on top of your ears. Normally this would bother me, because that is where my glasses rest, but this thing is so lightweight and non-invasive that I forget I am wearing it. It does wiggle around if you move a lot, and there is no way to keep it secure on your head, so if you plan on jumping around or get really excitable while gaming, the Ifrit may not stay on. I will say, it is a bit clunky to take on and off because it has a lot of wires, but once you’re set up, you’ll stay comfortable for hours on end if need be.

The microphone is actually really decent too. It is a Polar Pattern cardioid condenser mic that has a bendable stem on it so you can place it in a comfortable spot, and a filter that does a fantastic job at blocking out background noises. Because of how the headset it set up, you can only have it sitting on the left side of your head. Below, you can check out the mic in action as I do a quick sound check video:

The earbuds are sleek and comfortable, and Razer includes extras so you can be sure to get the right fit. They want you to have a tight seal (which again, I don’t like) but if that’s your jam you’ll definitely find a good fit. I used ones that were slightly smaller so I would not have that feeling, and they have worked out perfectly. The headset comes with a USB Audio Enhancer, which has a sticky side that you can place on your desk or chair. Through this you can turn the volume up and down, and mute the mic. You can also plug in and speak with a second headset, if so desired. The sound quality on these little earbuds is really good too. My friends are crisp and clear on Discord, and I can actually hear bass through them. Zero complaints with sound quality!

The purpose of the Razer Ifrit is to have a low profile while streaming, and I definitely appreciate the fact that they not only made this lightweight, but also that it wraps around the back of your head. No more indent over the top of my hair! But you can see a huge difference in appearance between traditional headsets vs the Ifrit. Outside of the mic, you can’t even tell that you’re wearing anything if you’re being viewed from straight on. You can also use this headset with your phone, or console. It’s probably a lot easier to travel with than some of the bigger gaming headsets, and quite honestly, I can’t believe something like this hasn’t popped up on the scene sooner. I personally don’t get the draw to the huge, heavy gaming headsets. The sound quality on this little Ifrit packs just as much of a punch, and the mic on it is better than some of the $200-$300 headsets I have tried recently.

I’m not sure if I have found my forever headset in the Razer Ifrit, but it is certainly a good replacement until I do. My old headset isn’t even a gaming headset, it’s just a basic Logitech one, but the cups are much smaller than anything on the market today. My dream is that a gaming hardware company will come up with something in between this Ifrit and the ginormous headsets that are so popular. A girl can dream, right?

To check out all the specs, head over to Razer’s official site.

If you’re looking for a lightweight headset, with a great microphone and superb sound quality, consider checking out the Razer Ifrit. For its price point of $99, it packs a punch. As someone who wears glasses, and games for hours on end, I appreciate everything about this headset.

Holly Hudspeth is a best-selling author living in Fort Worth, Texas. She has six published novels to date; The Skyy Huntington Series, which is an epic dark fantasy adventure, and One Small Detail, a stand-alone medieval fantasy. Holly also enjoys writing fan fiction based on her avatars from games such as EverQuest, Elder Scrolls Online, and World of Warcraft. Her first major purchase at the established age of nine was the NES, and she has been gaming ever since. She enjoys fantasy games, city builders, RPGs, MMOs, SMITE, and The Sims franchise. Most nights she is in SMITE with her husband and friends, or playing ESO. When she isn't gaming, she is probably either at Disney or planning her next trip there.
Related Articles: Hardware, Razer Ifrit Streaming Headset
Share
Tweet
Share
Submit