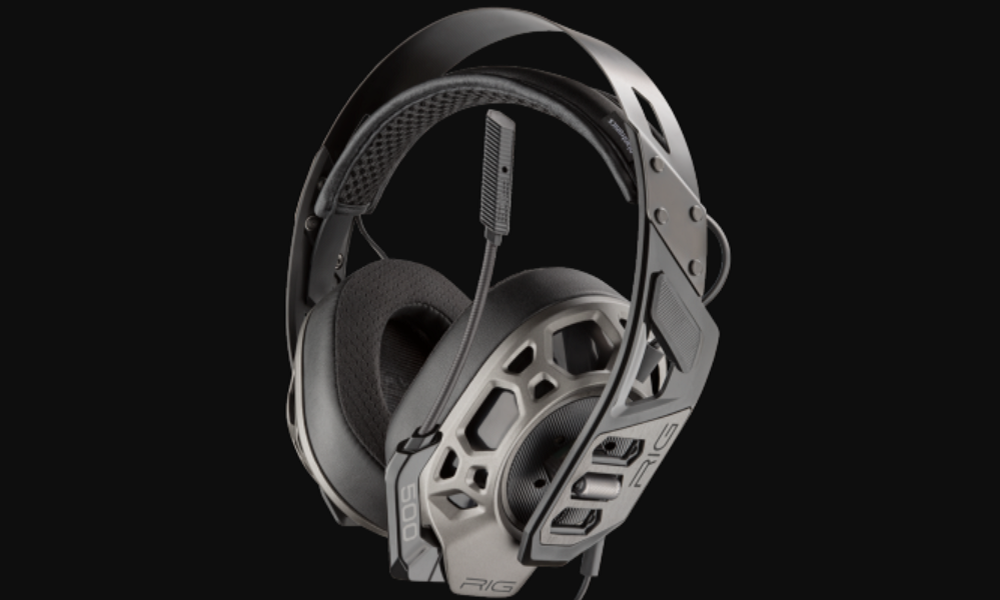 Plantronics have always been pioneers when it comes to the quality and features of their headsets. The RIG 500 series, released last year, was the first series of headsets to include Dolby Atmos activation codes, taking advantage of the Xbox One’s support of the service. Just prior to E3, Plantronics revealed the next step in the RIG series, the RIG 500 PRO. Following E3 2018, I’ve had a chance to use two models in the series, the RIG 500 PRO HX and the RIG 500 PRO eSports edition.

The first thing I noticed about the RIG 500 PRO models is that they are completely modular. All of the cables can be separated and replaced if something were to go wrong as well as cables being switched out for different models. While the HX only came with a cord intended to be plugged into the Xbox One Controller, I still had the ability to use the cord from the eSports edition’s PC cable. And, in a pinch, the plastic cover securing the cord onto the Xbox One controller can be removed, fitting into any other aux port fine.

Upon putting the cushions over my ears, it took a second to get used to them. Once I had settled in, they cancelled out most of the outside noise around me. I even had them on during the entire Gaming Trend E3 podcast and didn’t have a single instance where I felt like I had to readjust them. In addition, the sound of my teammates came out clear, and I wasn’t distracted by the running pitter-patter of the kitten causing havoc in the room. In addition, the microphone quality was comparable to my colleagues, as my voice came out clear.

One of the best additions to the PRO series of headsets is the addition of integrated rotary volume control. While the PC cord has the volume control in the middle of the cord like standard headset cords, the gaming cords had a special volume dial where the 3.5mm analog connector was. When this piece fits onto the controller, the volume can be controlled at the bottom of it. My first thought when I saw this was that I would accidentally bump into it, but the dial actually locks when you reach full volume, preventing any accidental-mutings in the middle of the action. My only problem is that you can’t lock the dial at any point, meaning it’s either full volume, or less with the risk of bumping the dial.

Both the eSports and HX editions came with their own codes for Dolby Atmos on Windows 10 and Xbox One. Using this with the headsets was incredible. It was truly a surround sound experience, and the 50 mm low-distortion drivers allowed for a crisp sound. The quality was great for both gaming and media use. One of the other useful features of the 500 PRO series is the ability to mute the microphone by flipping it upwards. This mic can also be removed completely if desired, but having it flipped upwards kept it out of the way conveniently.

The main differences between the eSports and HX versions were the build, what was included, and the frame. On the HX version, built for Xbox One, it had fabric ear cushions matching its frame. The eSports edition, however, had a metal frame at the top to make it extremely durable. It also included a cord for PC use as well as a cord for gaming use with the plastic insert for both PlayStation 4 controllers and Xbox One controllers. And yes, this headset works for the Nintendo Switch as well, as I was able to test it with Fortnite.

Plantronics’ RIG 500 PRO is the definitive version of the RIG series of headsets. The Esports edition is high quality and the HX edition designed for the Xbox One has most of the great features for nearly half the price. However, if you want a more sturdy headset with a great host of features, the eSports edition is the way to go.

Plantronics RIG 500 PRO series of headsets are high quality and comfortable for the price you’re paying. While the HX is a fine model with a convenient audio dial at the end of the connector that sits at the end of the controller, the eSports edition is incredibly durable and each piece can be replaced without having to dish out the cost of another headset.

Sean Anthony likes to combine two of his passions: gaming and writing. Gaming has been a huge part of his life ever since he played his first game as a child, Kirby's Adventure. He aspires to have his name attached to an article that makes the whole world go, "Huh, that's neat, I guess."
Related Articles: Hardware, Plantronics RIG 500 PRO
Share
Tweet
Share
Submit