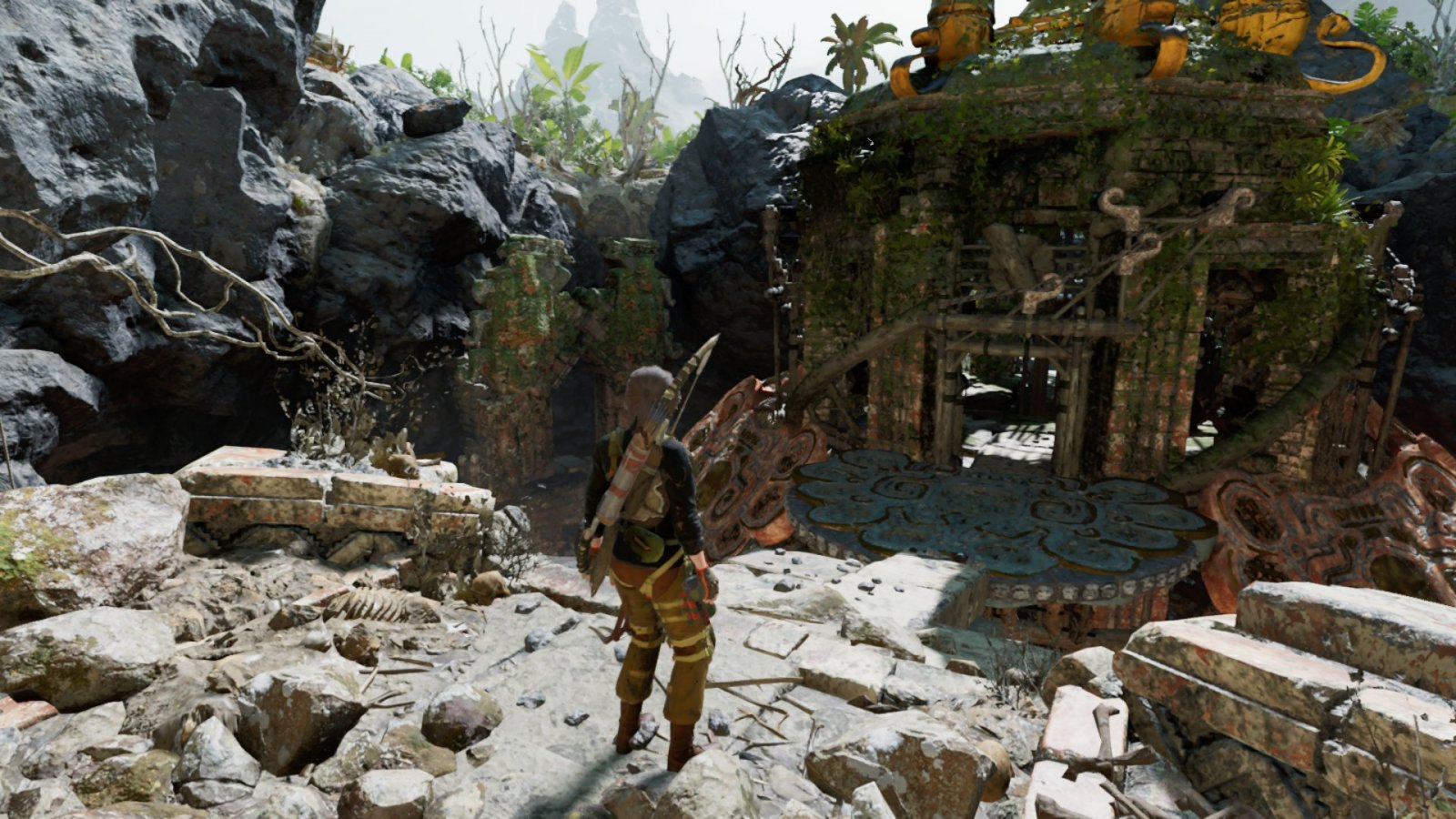 I really enjoyed Shadow of the Tomb Raider when it released in September. I just recently got done unlocking every last achievement in the game, so I was perfectly primed for The Forge, the first of seven pieces of DLC. And as fun as the new tomb was, it offered little to justify even the meager $5 asking price.

This DLC comes with a suite of new outfits for Lara and a few new weapons that offer very little to the new content. If you haven’t played through the game already then the outfits and weapons are fun new options, but even then, the combat was the least interesting aspect of the game, so it hardly moves the needle. In the DLC itself, combat is sparse and is completely absent from the tomb. The long and the short of the new content here, though, is that titular forge, a lava-filled chamber that has you climbing to the top of an enormous and perilous pillar.

The Forge unlocks a side quest when you return to your game that has you following a not-so-cryptic map to unearth clues as to the whereabouts of this new area. The tombs were easily one of the more fun aspects of the game, and I enjoyed naturally discovering them and then being able to utilize whatever new skill that was unlocked as a result. This new tomb is meshed into the world nicely and is fun even as a small diversion upon returning to the game (plus it comes with its own new skill as a reward).

If you really want to conquer this tomb’s challenges, you can select it from the main menu and then have the option to run through the tomb in Exploration, Score Attack, or Time Attack. The tomb itself was fun to play through in Exploration mode (which is essentially just your standard playthrough), but I was finished in about ten minutes. It involves pushing levers so that gas would spew out that could be ignited to progress. It was never overly challenging, but fun nonetheless.

The Score and Time Attacks add some extra incentive to return, but only for those who are exceptionally invested in seeing their name higher on the leaderboards or who need the extra 95 achievement points. Time Attack is exactly what it sounds like: you just need to speed through the tomb as quickly as possible with bronze, silver, and gold medals awarded for the best times. Don’t expect to get the gold on your first attempt, as the window is tight. Score Attack is slightly more interesting and tasks you with collecting or shooting orbs scattered all over the map to maintain a chain combo with medals awarded for a high score. It’s a neat challenge for those looking to squeeze all the value out of this package.

This DLC also includes a co-op option if you want to play through these modes with a friend. This is fun and offers some promise for future additions, but is still fairly superfluous in the grand scheme of things.

This is the first of seven DLC packs for Shadow of the Tomb Raider, with more coming once a month for the next seven months. The final pack is supposedly more involved than the rest, so we’ll see what that entails, but as for now this does little to sell me on the season pass as a whole. It is certainly interesting and is easier to recommend if you have yet to play through Shadow of the Tomb Raider, but if you have already completed the base game, then it is difficult to suggest you tear yourself away from the many other games coming out this holiday to see one quick tomb.

Shadow of the Tomb Raider

The Forge is a disappointingly brief and underwhelming add-on to an excellent game. What is there is technically good, but hard to recommend as content that Square Enix is asking you to pay for. I’d recommend holding off to see if the rest of the season pass is worthwhile or if you should pass on it entirely.

Nathan lives in Colorado catching Pokemon on the Go and at home. He previously spent three months interning for Game Informer before coming back to Gaming Trend to spread the good word on video games. His real passion, though, is collecting different versions of the 3DS and other weird Nintendo garbage. It's a never-ending quest for less space in his house.
Related Articles: Shadow of the Tomb Raider
Share
Tweet
Share
Submit