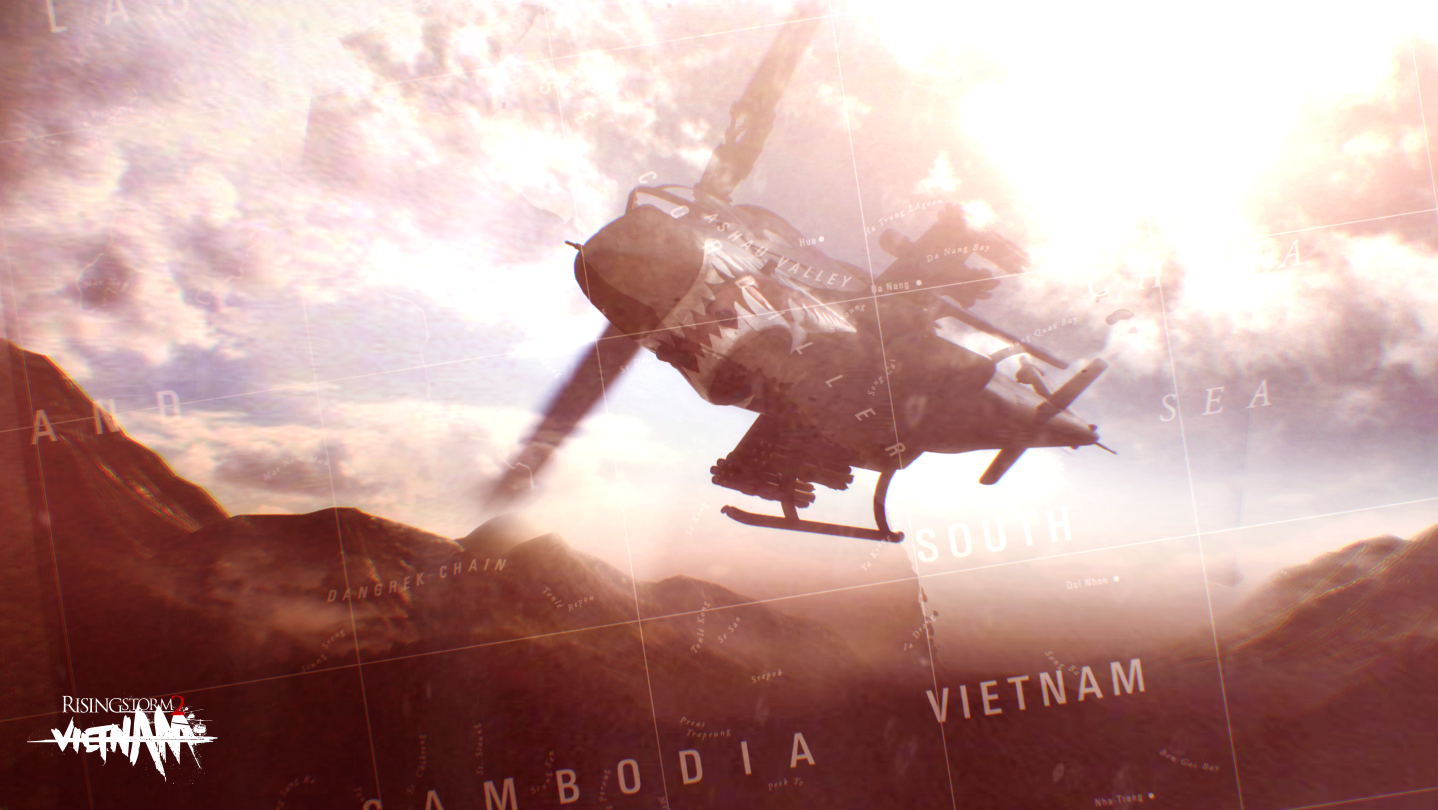 The Vietnam War has never been a popular setting for first person shooters. Sure, there was Battlefield: Vietnam back in 2004, but who even remembers that? I know I’d forgotten about it. More recently, DICE released the Battlefield: Bad Company 2: Vietnam expansion, but that was almost seven years ago now. Fortunately, on May 30, Tripwire Interactive and Antimatter Games released Rising Storm 2: Vietnam (RS2V), a 64-player shooter known for the same authentic and unforgiving combat as its predecessor.

In RS2V, there’s no singleplayer campaign; it’s all about the online multiplayer. But this is not your typical multiplayer shooter, and I mean that as a compliment.

Combat in RS2V is meant to be realistic and nuanced; one or two hits is typically enough to kill you. When you die, it’s unceremonious and shocking, and you’ll rarely see the person that shot you. The HUD won’t tell you how many rounds you’ve got left in your magazine, sprinting vastly increases your weapon sway, and unless you’re a sniper, you’ll be using nothing but iron sights. Unless enemies are actively moving, it’s pretty tough to locate them. Further attention to detail includes fixable bayonets, adjustable stocks, and grenade-cooking mechanics that actually incorporate the grenade spoon, not just the pin.

You cannot be a lone wolf. You won’t be running from cover to cover, effortlessly vaulting over walls, and reloading your weapons at a full sprint. You can’t jump around like an asshole hoping to magically evade a wall of hot lead. You and your team cannot afford to make stupid or careless decisions. Instead, you must be methodical and careful in your movements, checking corners and angles before even poking your head out, lest it get shot off. You’ve got to communicate and coordinate with your team and your squad. Do all of this, do it better than the other team, and you’ll still get rekt on the regular, but you just might win the round.

Although developer Antimatter Games has given the experience a fittingly inglorious and gritty feel, precisely because of this, it can also be incredibly frustrating, especially at first, making the game seem totally unapproachable at times.

At the beginning of each match, you’ll choose your side: American or Vietnamese. As your history teacher probably (hopefully) told you, these two factions had very different tactical doctrines (read: conventional vs guerilla), and those differences are reflected in the abilities of each side. The US can utilize an array of attack and transport helicopters, including the legendary UH-1H “Huey,” scout or attack planes like the AC-47 Spooky gunship, or call in artillery and napalm strikes. While the Vietnamese don’t have anything to match the American air power, they’ve got anti-air capabilities, artillery strikes, and a plethora of crafty guerilla tricks and traps to call upon.

There’s also a total of eight player classes within each team, and each class comes with its own set of weapons and equipment, ensuring that your role always feels unique and significant. These range from a basic rifleman to pilots, demolition experts, scouts, snipers, and so on. While there’s no limit to the amount of grunts on a side, every other class is limited to between one and four slots. Should you manage to snatch up one of these roles, it’s even more imperative that you work with your team and squad. Although you’ll only have access to whatever gear is assigned to your class, not a single piece of equipment is held behind a rank barrier, meaning a brand new player can use the same weaponry as a high level player.

RS2V has three multiplayer games types: Territories, Supremacy, and Skirmish. Territories and Supremacy will be familiar to players of the previous entries in the series. Territories is similar to Battlefield’s Conquest mode, wherein teams must capture and hold defined areas to gain points and out-score their opponent. Supremacy requires the attacking side to assault and control a set of objectives, then continue to advance and capture each successive set until the whole map has been liberated—defenders must simply prevent this from happening. Skirmish, unlike the other 64-player game types, is meant only for up to 24 players and is something of a fast-paced combination between a simple deathmatch and a smaller version of Territories, requiring teams to hold at least one of three objectives in order to allow respawns. Whichever team is eliminated first loses. 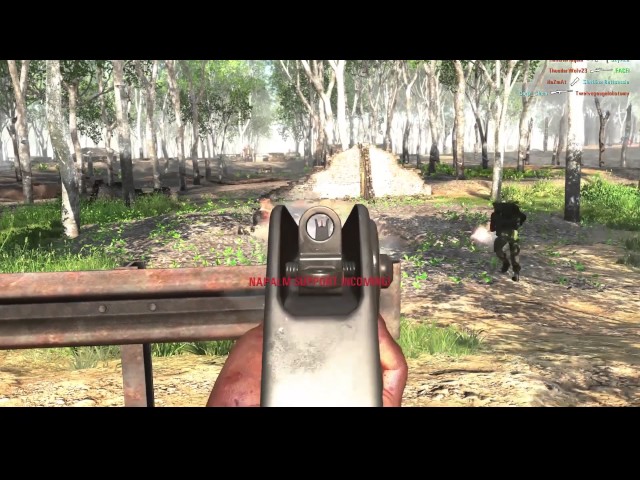 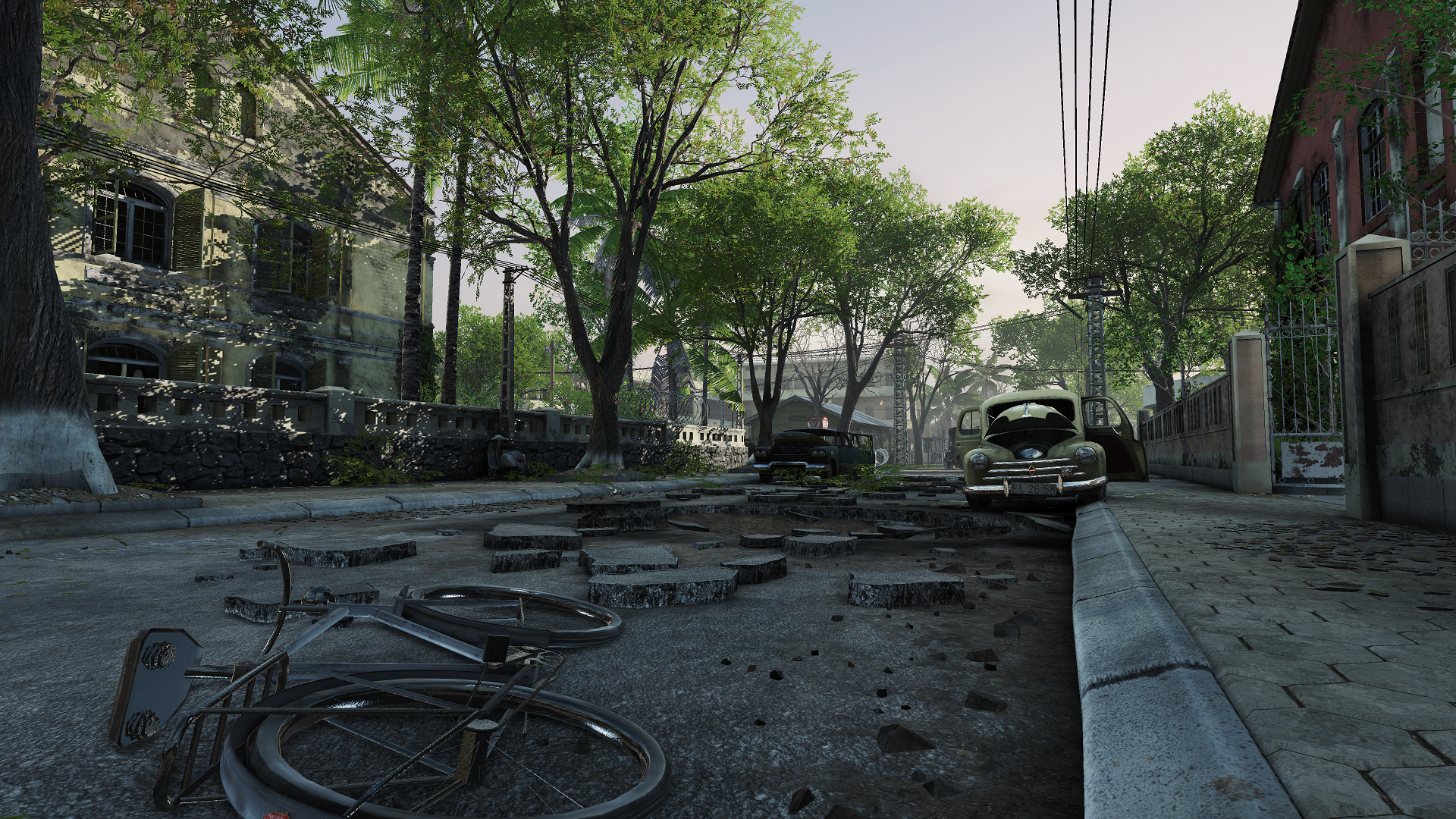 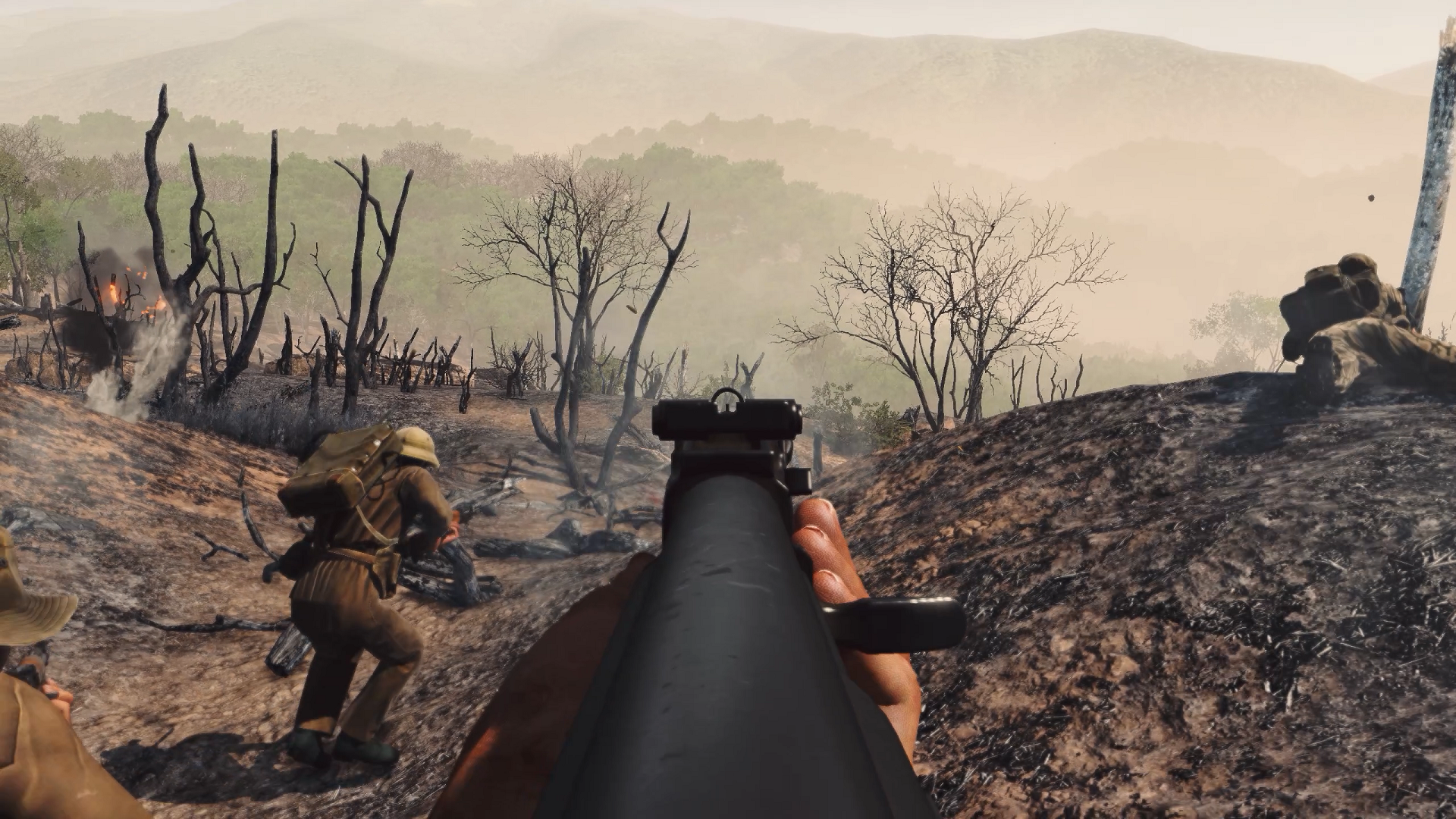 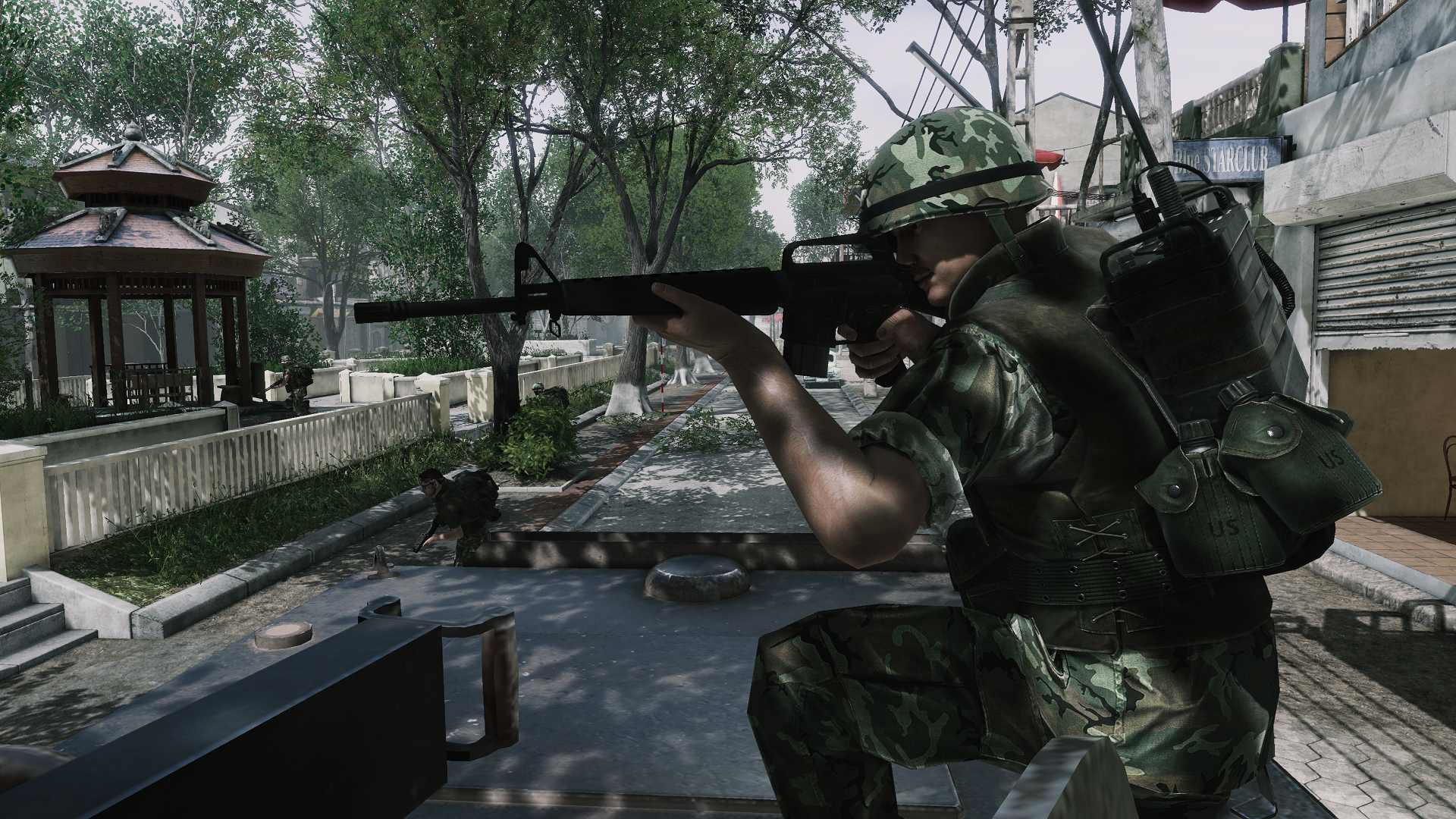 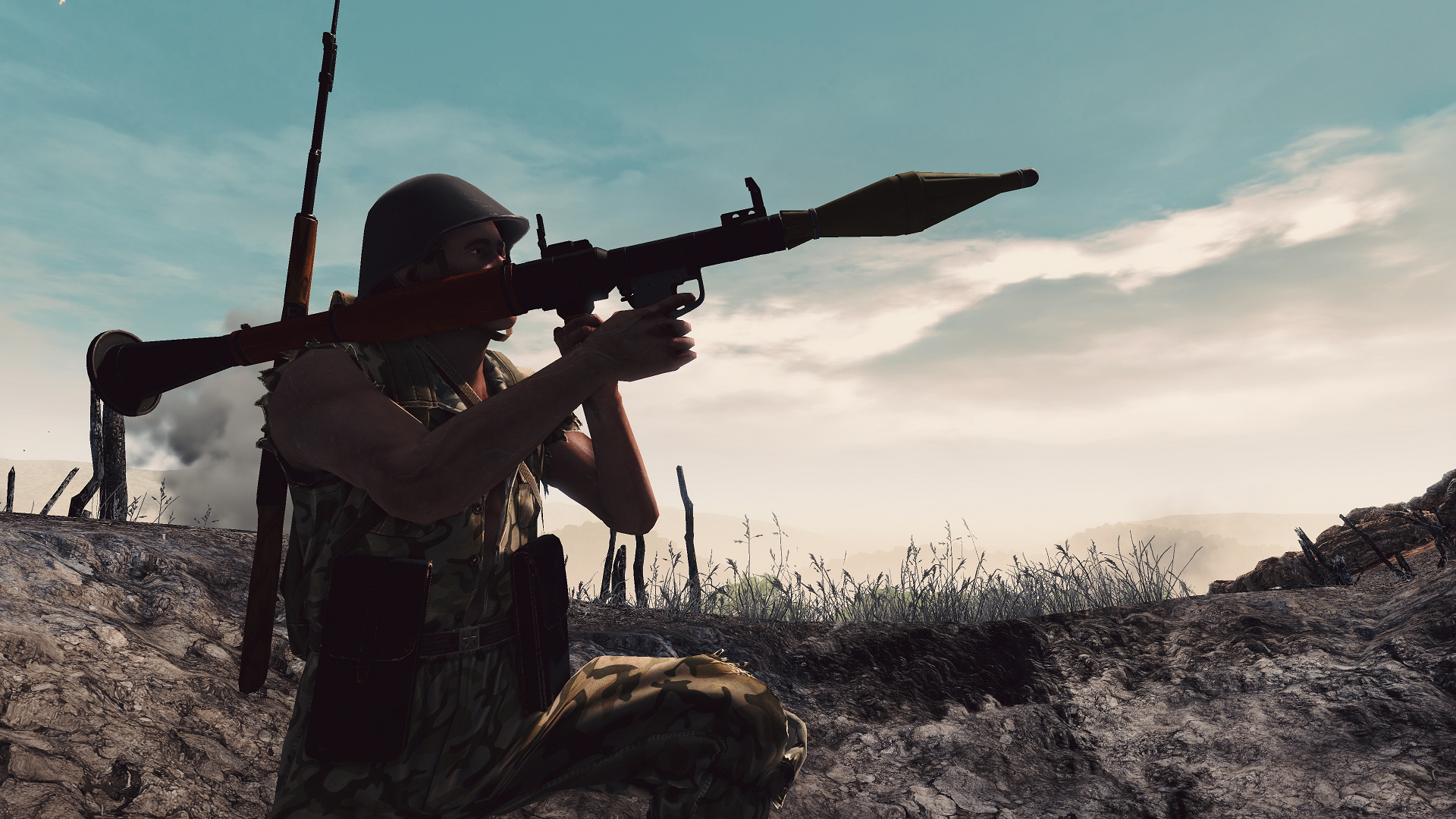 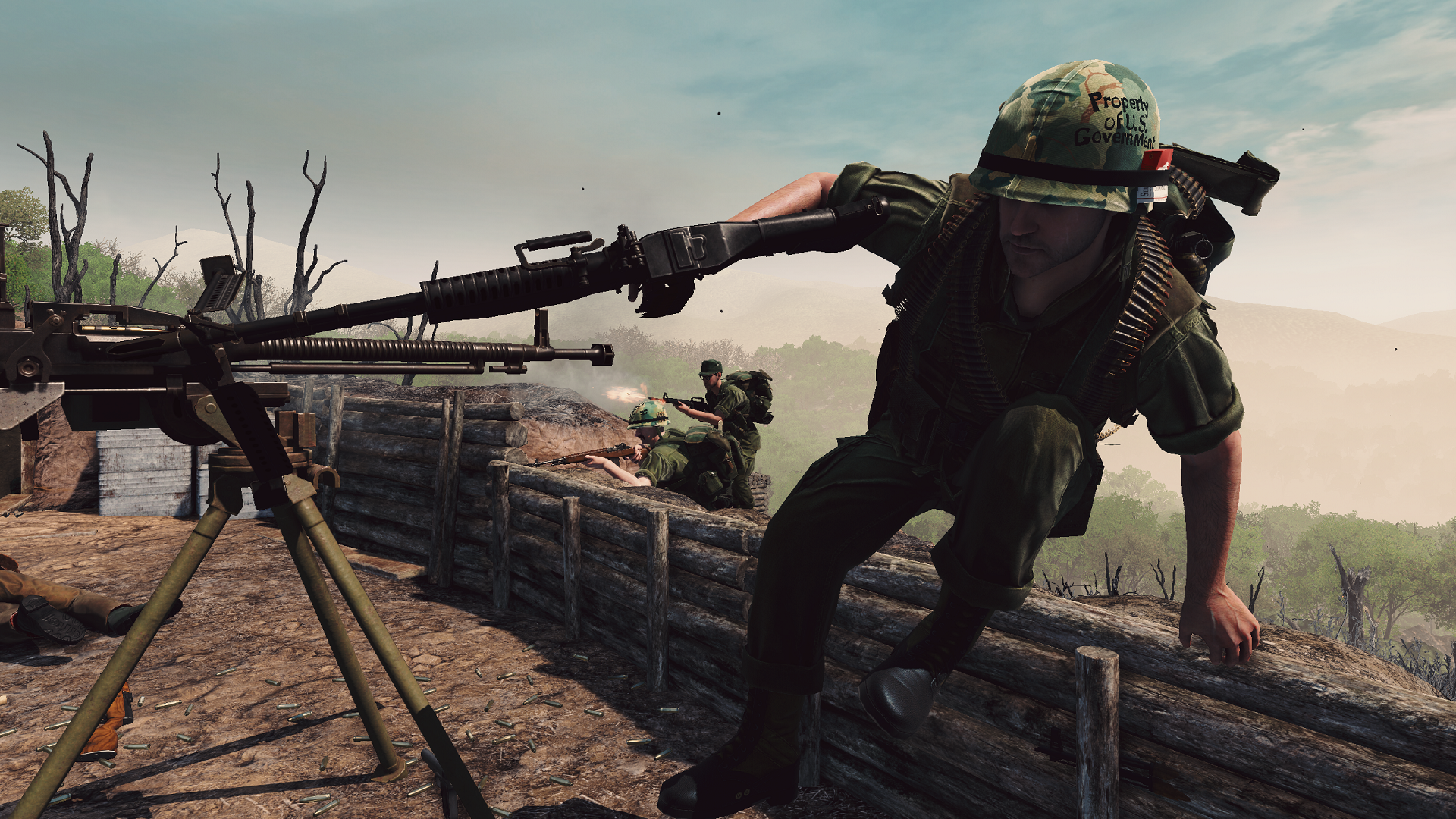 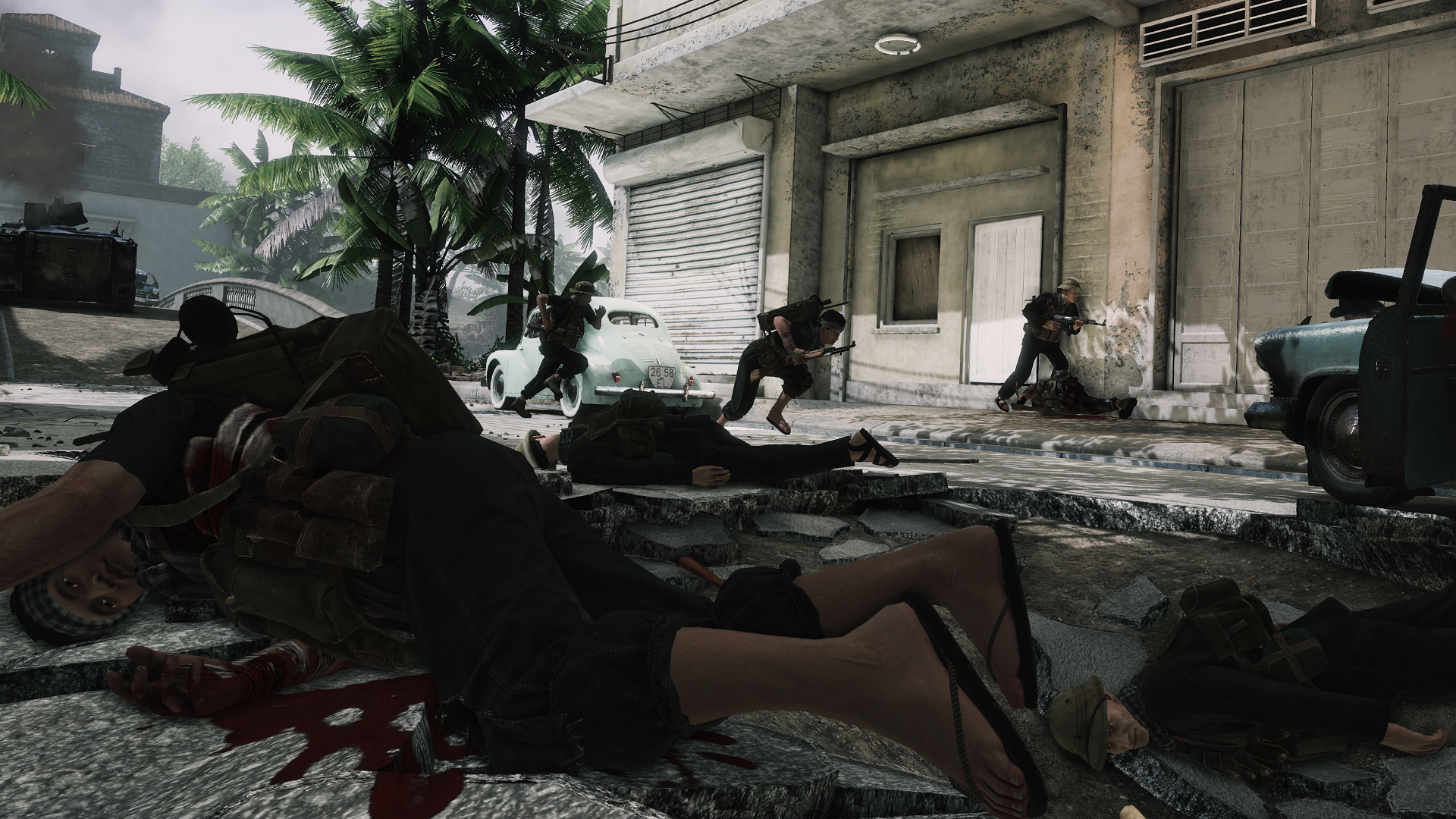 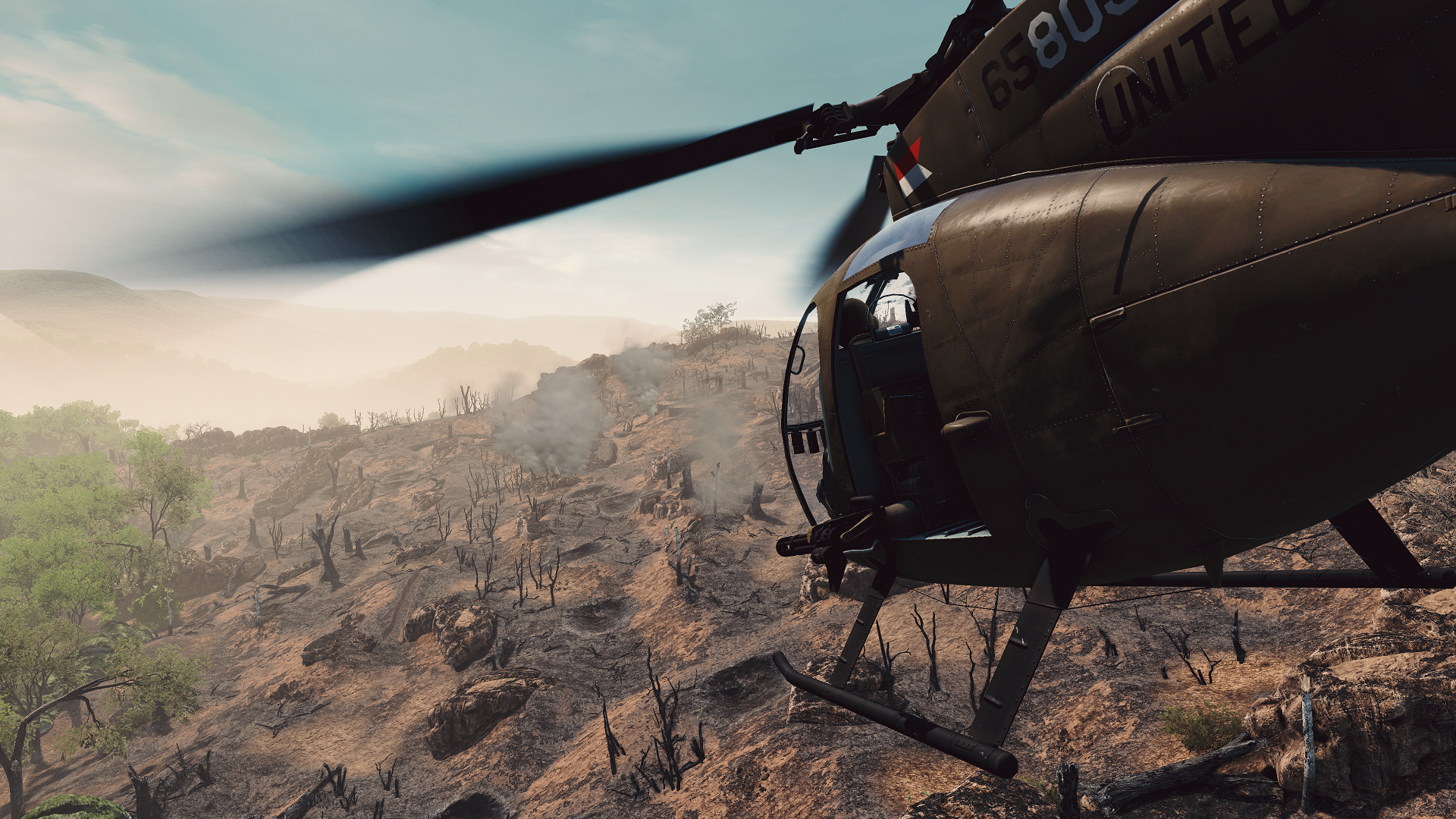 But How Does it Look and Sound?

RS2V will not floor you with its visual quality. That’s not meant as a criticism, merely a statement of fact. The point is, if you’re expecting top-of-line visual fidelity, you’re going to be disappointed because you’re being unrealistic. The graphics aren’t impressive, quite the opposite in fact, and this is especially true of close-up textures. However, the maps, landscapes, and cityscapes are vibrant with color, wonderfully varied, and distinct from each other.

To really feel like you’re on the frontlines, you’ve got to be surrounded by the sounds of battle. Audio in RS2V is fantastic. Weapons sound just as they should and are so distinct that often times you’ll be able to identify exactly which firearm is being shot at you. Artillery strikes and napalm strikes are intense and deafening, effectively drowning out most other noises. Helicopter-mounted miniguns sound particularly ominous. The only criticism I can really offer here is that the sound isn’t directional enough. Noise changes accordingly based on distance, but I found it to sound exactly the same regardless of direction, making it hard to tell where shots are coming from and going to.

I’ll be honest, it took me a long time to warm up to RS2V. This is not a shooter for everyone. The game’s unforgiving realism and attention to detail requires a much different mentality and play style than nearly every other multiplayer FPS out there. Still, if you can live with less visual appeal and can push through the initial frustration and adapt accordingly, you’ll enjoy a multiplayer experience unlike anything else, especially if you land on a good team.

Rising Storm 2: Vietnam is a unique and brutally realistic multiplayer shooter meant to showcase the ugliness and unpredictability of a notorious war. Although it may cause monitor-smashing rage quitting at times and won’t win any awards for eye candy, there’s nothing else out there that provides a more nuanced, visceral, and intense jungle or urban fighting experience. At only $25, it’s tough to turn it down. And hey, who doesn’t enjoy some Creedence Clearwater Revival?