I don’t think it’s possible to have not played a Tony Hawk’s game yet. There’s been a lot, and I’m not talking about just the Pro Skater games — there’s been a ton of series. We’ve had, obviously, Pro Skater, as well as American Wasteland, Underground, Motion, Ride, Shred — the list goes on. As for me, well, I’ll be honest I’ve only ever really played Tony Hawk’s Pro Skater 3 for the PS1. THPS 1 and 2 were introduced to me much later in life, and while I may not carry the same feeling of nostalgia as many others I can still very much appreciate them.

However, the question remains. Will I appreciate the PS5 release of THPS 1 + 2?

Now, Editor David Flynn has already reviewed THPS 1 + 2, and you can get the rundown here. David has already touched on what’s good and bad about the game, whereas I’ll be focusing on the technical difference with the PS5 version (just so you’re not reading the same thing twice). Nonetheless, let’s get on with it! 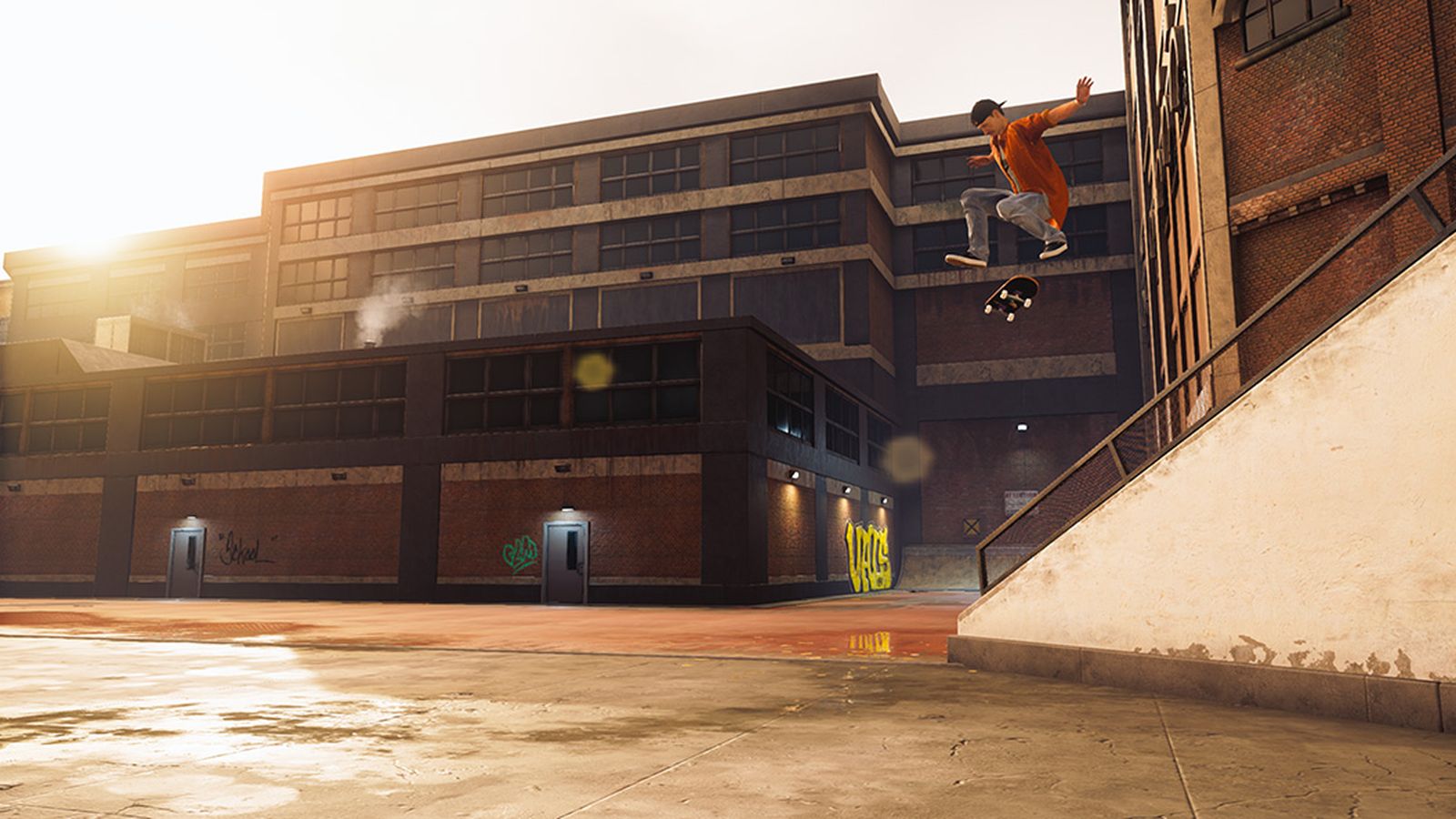 As you may already know, THPS 1 + 2 is a remake of the very first Tony Hawk’s games. As with remakes, they can be a bit iffy or feel like a money grab. Developer Vicarious Visions have done a great job improving and implementing some solid changes to this remake to feel worthy of the hefty AAA price tag while missing out on some others. I do remember the original games feeling a bit heavy and clunky to play, whereas the remake feels smooth and responsive. Now, I feel like I can land far more difficult tricks with ease, stacking up combos and keeping my special meter high.

Since this game is a remake that’s been re-released on the PS5, you might be wondering what the developers have implemented to make it feel like it’s a true next-gen game. Let’s be honest, excluding visuals (because, I mean, it’s Unreal Engine 4 and it’s hard to make a pretty game even prettier) the only things that matter are DualSense implementations and loading times. I’ll start with the latter. I’m not sure if the loading times were ever an issue in the PS4 release, because the only time it’ll matter is when you stack a trick and your character falls off their board. At least for the PS5 release, that’s instantaneous. Still, if you’re wondering, you won’t be spending much time in level loading screens — they’re pretty damn instantaneous too. That’s especially helpful when you’re trying to score a huge high score to finish a challenge, and you just want to quickly reset the level to try again. 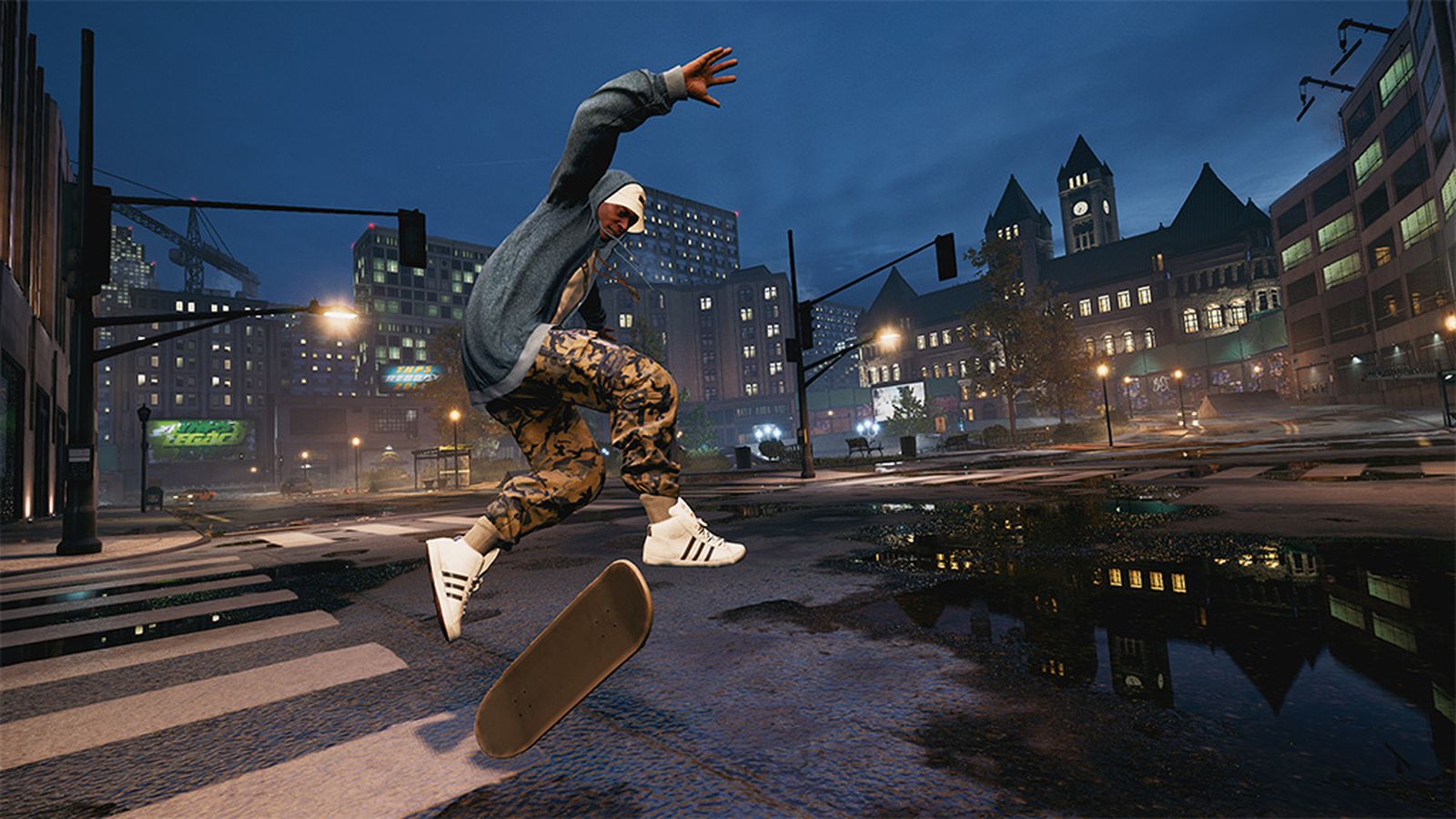 For the DualSense controller, well that’s a weird one. This might be the only time where I’d say the implemented PS4 controller features we’re better than the PS5 because these new changes are pretty jarring. I’ll start with haptic feedback. It’s ok, although it feels more like the PS4 vibration with slight improvements than something I’ve come to expect from the DualSense (Astro’s Playroom has really set the bar high on what’s possible, and what should be done). It doesn’t really feel like I’m skating, or grinding on rails — it feels pretty standard.

As for adaptive triggers, well this is the weirdest one. The only time I find them locking up and feeling adaptive is when I try to land a revert (where you spin the board as it makes contact with the ground). When you’re riding or in the air the triggers are loose, but just as you can land and try to revert the triggers will lock up. It’s a super handy way of working out when you can land this trick (since you can hold the triggers loosely, then feel them tense up when you can land revert), but that’s about it. Sure, it feels tense and grippy as if you were landing one IRL, but that’s the only time that I found adaptive triggers were used. It would’ve been fun to have them implemented on, say, when you balance a grind — the left and right triggers lock up and you have to keep them at an even tensity to stay balanced — but sadly that’s not the case. A bit of a swing and a miss with the DualSense’s features. 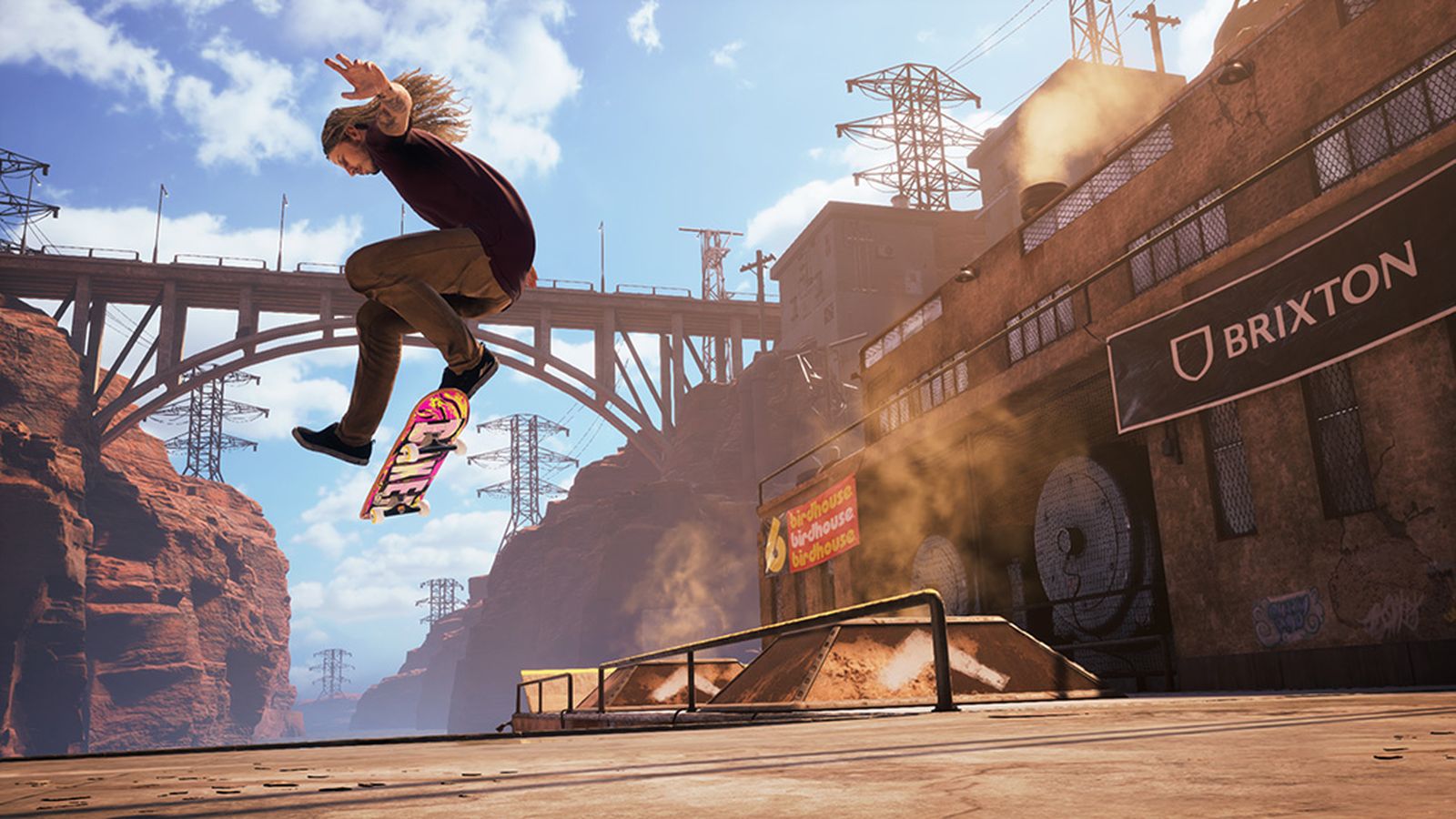 There are only two more things I’ll mention. Firstly, I didn’t find any bugs, glitches, or other technical grievances with the game — it’s fully optimized and feels like a solid final release of the game. Secondly, there have been no changes to the game’s content between the PS4 and PS5 release. For new players, that’s not a bad thing because they’ll have plenty of hours of content to chew through. However, previous players of the PS4 release may find themselves quickly bored by zero new content. Still, starting fresh is always an option if previous players aren’t interested in carrying their save over.

So, to be honest, the PS5 version of Tony Hawk’s Pro Skater 1 + 2 isn’t a massive leap ahead from the PS4 release. There are some differences, like near-instantaneous loading times, but the DualSense features aren’t fully realized. It could have been so much more, but it seems like development was focused on bringing the game from PS4 to PS5, with loading times being a bargain and other PS5 features being something that was added in extra due to some freed-up development time.

Tony Hawk’s Pro Skater 1 + 2 for the PS5 is a great PlayStation game, but not necessarily a great PS5 game. It’s still a ton of fun to play, with no noticeable bugs or glitches. However, the only utilized PS5 feature is improved loading times. Adaptic triggers and haptic feedback felt largely unused, so much so it felt more like I was playing with a PS4 controller. Nonetheless, that doesn’t stop this remake from being amazing --- it’s still a ton of fun to play, and for new players there’s plenty of content to chew through that you won’t necessarily be missing those missed DualSense features.

With a deep interest in writing, Ben followed that into a Journalism degree. As an avid lover for gaming, he is constantly expanding his library with console, PC, and VR games. He's obsessed with stealth games and loves hunting down the smallest of details inserted by devs.
Related Articles: Tony Hawk's Pro Skater 1 + 2
Share
Tweet
Share
Submit