One aspect of media that people love, whether it be in movies, games, and so on, is beautiful visuals. Fantastical worlds, serene environments, and crisp graphics can make all the difference. At the same time, gameplay is important, even if it’s simplistic in design. One such example is The Sojourn, a peaceful, puzzle-solving game that prides itself on its clever puzzles and beautiful level design. 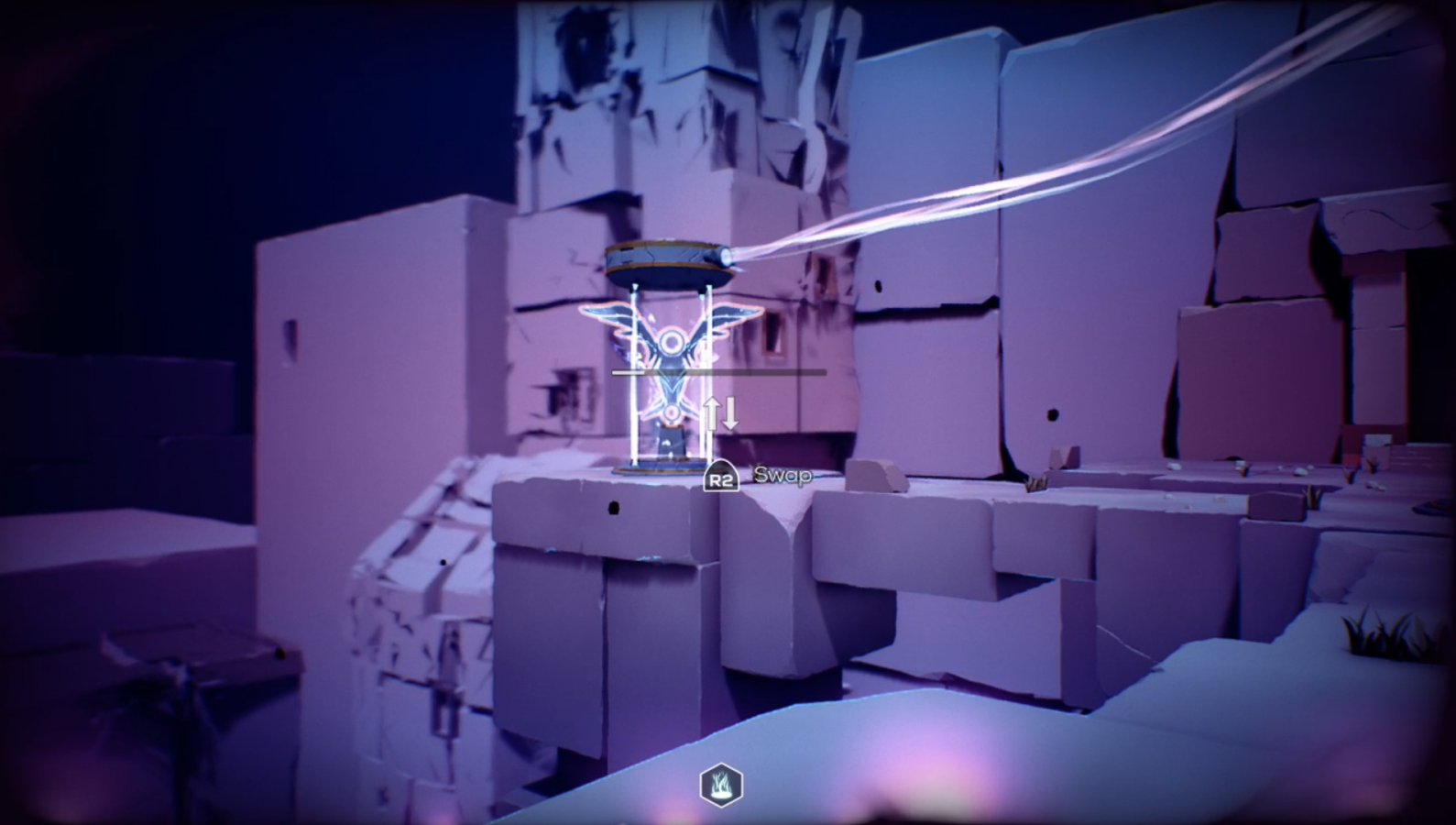 The Sojourn tells its story through thoughtfully placed dioramas that depict scenes of life, family, experience, and other facets of mankind. There are also occasional bits of text that give you more insight as well. Even so, the story itself is less clear cut and more of a philosophical journey. That being said, I think games that take this approach are really fascinating. Not everything needs to be spelled out for you, sometimes it’s best to form your own opinions from the information given.

The gameplay revolves around you walking through various levels and solving puzzles in order to progress. Each level’s puzzle is the key to getting you to its exit. You’ll be using the power of the mystic flame, which takes you to the dark world. After stepping into the flame, you enter the dark world and a darkness bar appears. The bar drains as you walk around, and stops whenever you do. It’s nice because instead of being time based, it’s movement based. This gives you time to plan out your moves if you stop and look at the bigger picture. Don’t worry, the flame never disappears, so if you screw up, you can always retry. 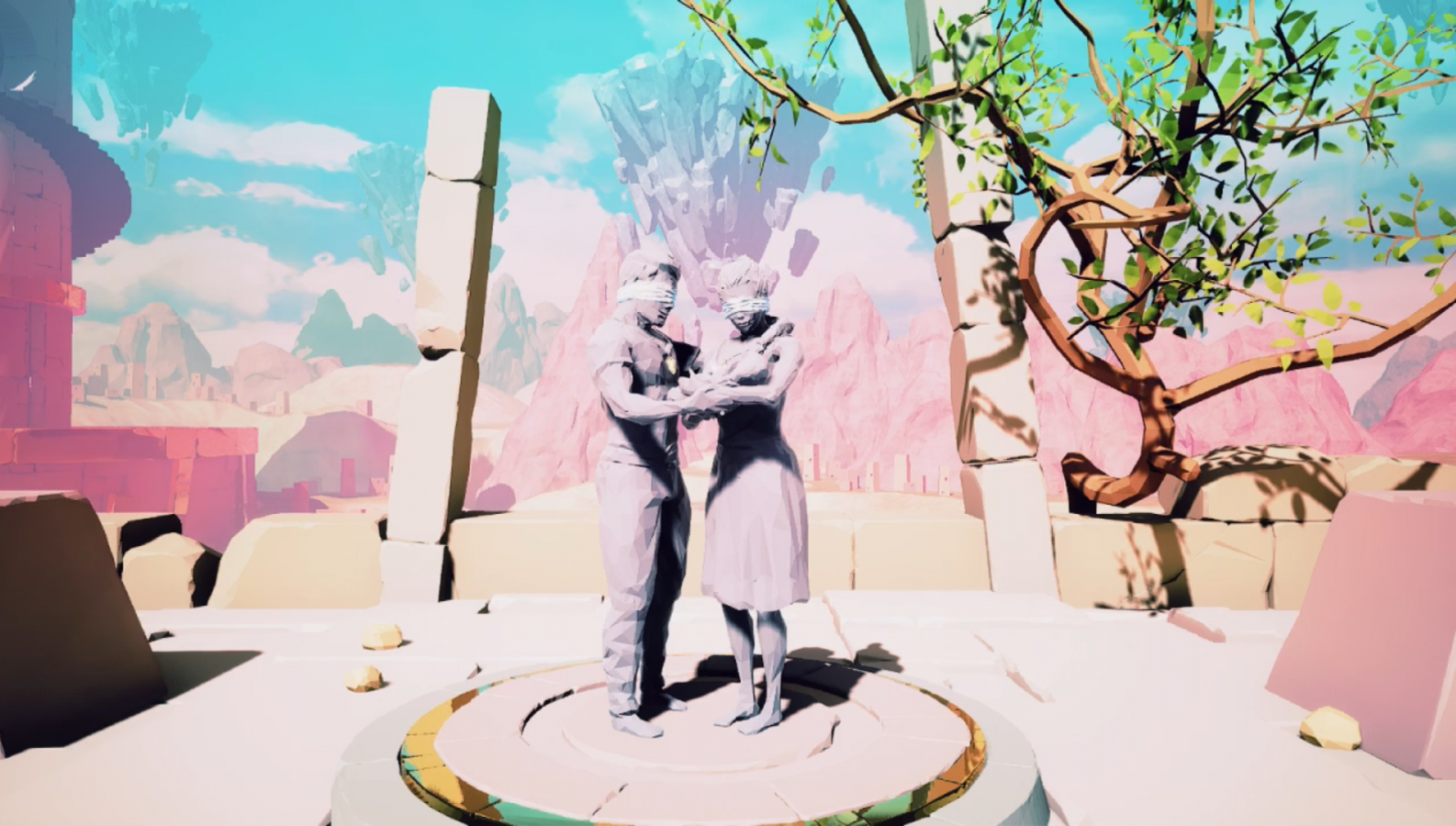 As you progress, you’ll get new environmental objects to use and different mechanics to play with. Typically, these all require the darkness flame to activate, but eventually you’ll reach levels that contain a special relic that allows you to activate the objects without being in the dark world. In order to use the relic, you must approach one of the objects and place the relic in it. This allows you to activate it without the darkness for as long as the relic stays attached. You can even move the relic from one object to another, and that actually becomes important in solving some of the game’s puzzles. There are even some pathways and obstacles that only appear when in the dark world, so keep that in mind as well.

Early on, the main objects that you’ll be working with are statues. These statues allow you to swap places with them, no matter the distance between you. The only requirements are that you must either be in the dark world or have a relic attached, you must look at the statue in order to activate it, and there must be enough room where you’re standing for the statue to be placed. For example, if you’re on a staircase, you can’t swap with a statue since there’s no room for it on the stairs. Other than that, you essentially have a ton of freedom. You’ll use this swapping ability to cross gaps, move statues onto switches that need to be activated, and much more. In addition to the statues, you’ll eventually run into objects like harps that temporarily fix broken bridges for as long as the music plays, large eyeballs that let you enter the dark world just by staring at them, and a few others. All in all, I’d say there’s some pretty neat concepts in The Sojourn. 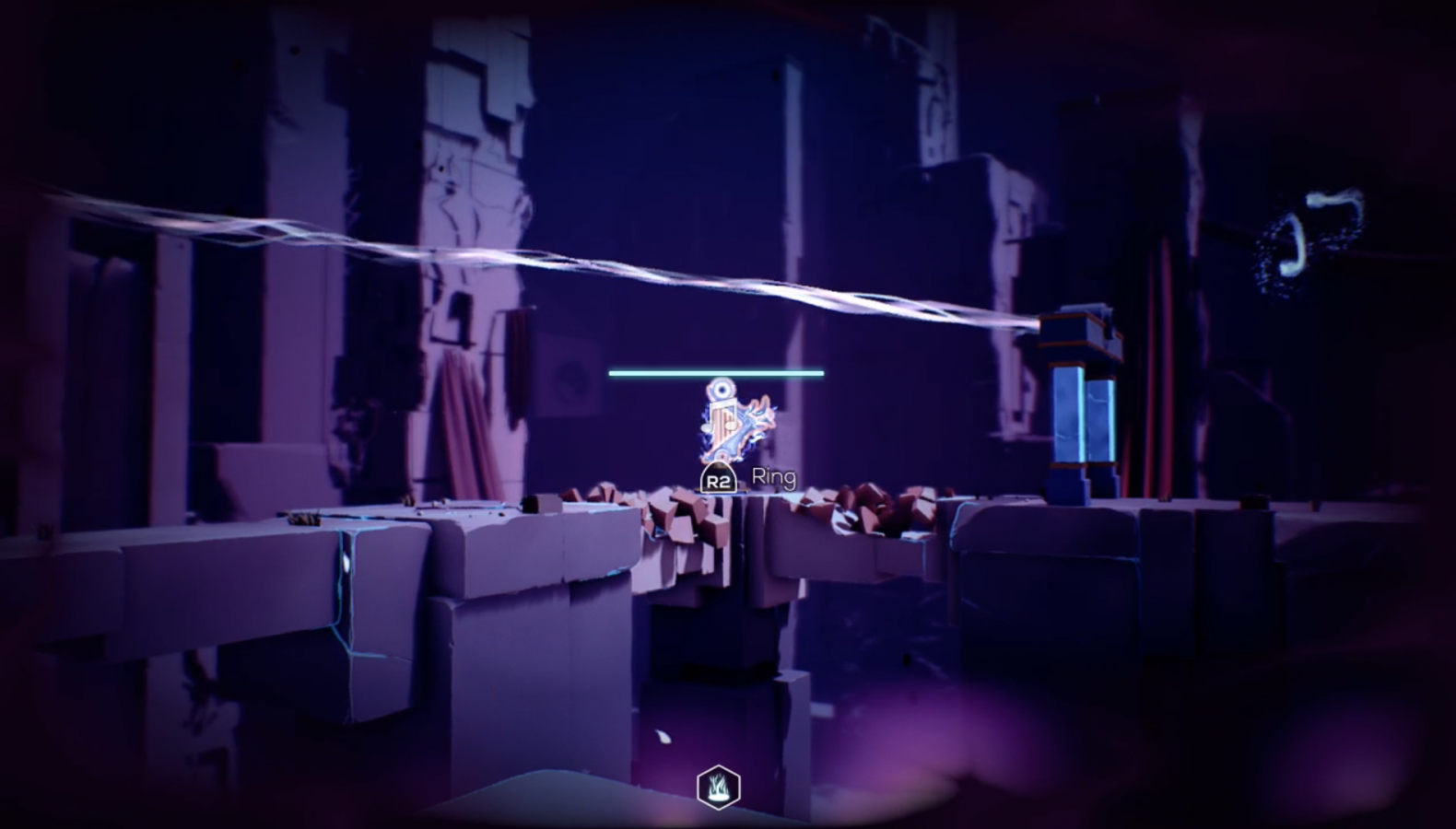 As previously mentioned, visuals are incredibly important in games, and The Sojourn does a great job at proving itself. The environmental design choices, from the backgrounds to the level designs themselves, all have a sense of wonder and calmness to them. It actually fits the story-telling method of this game extremely well. Since the story is told through visuals and very few words, all while being vague and thought-provoking, why not make the world itself give off a vibe of intrigue, serenity, and curiosity? This aspect, along with the clever puzzles, is what made me want to keep going forward. The lack of dialogue didn’t feel like a downside as a result of this. Speaking of the puzzles, they offer a pretty good challenge without being too mind-boggling. Sometimes they’ll take more time than you’re proud of to figure out, but they don’t push you to the point of frustration. In a puzzle game, riding that fine line can make or break the game. Thankfully, The Sojourn balances itself in the right spot, and entices you to keep moving forward in its wonderfully created world.

The Sojourn is a peaceful yet thought-provoking puzzle game with beautiful visuals. The only bits of story are told through dioramas, so it isn't spelled out for you. With a sense of wonder and interesting puzzle mechanics, you'll have a great time seeing how clever you truly are.

Codi loves to play video games and watch movies. He will watch almost any kind of movie just to experience them. His ideas take inspiration from the shows and movies he watches, and games he plays. He also loves a good pun.
Related Articles: The Sojourn
Share
Tweet
Share
Submit