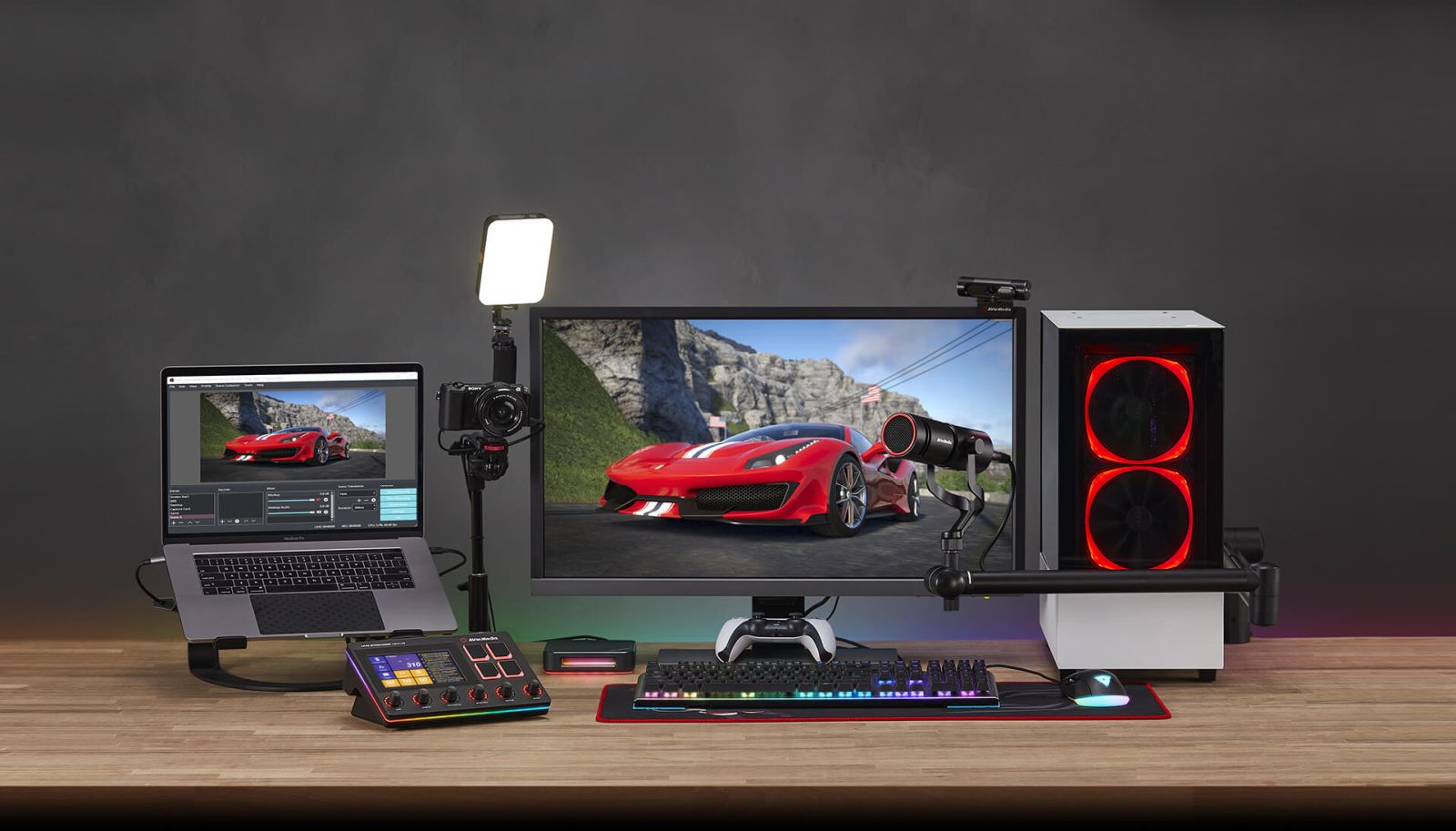 Video game streaming is a big business. How big? Well, it sailed past 6 billion dollars in ad revenue last year alone. If the thought of getting paid to play games is appealing, let me offer up some caution. A good entry-level DSLR camera body will run you $500, a good lens is another $350, a microphone is $200, and a control surface for controlling your stream (and yes, that’s a necessity) is going to set you back between $150 and $250 depending on how many buttons you’d like. Before you stream your first game you are already $1,300 in the hole, $1,800 if you are thinking of streaming from Sony or Microsoft’s new console. Throw in a ring light and a game to actually stream and you are just shy of $2,000. The barrier to entry is quite high. AVerMedia has been slowly inching into this space, offering up a whole host of excellent capture cards, cameras, and even a condenser microphone. Well, now they are taking a swing at the biggest names in the business, offering up an improved control surface, an XLR-based high end microphone, and two camera options to get streamers rolling. Let’s unbox the Live Gamer Nexus, the Live Streamer Mic, and look at a 1080p and 4K camera option. Lights, camera, action — let’s stream!

There’s a lot to unpack here, but let’s look at the brains of the operation — the Live Streamer Nexus. As you can see above, the Nexus is easily the most flexible control surface we’ve ever seen for streaming. The touch screen is expansive, offering the same real estate as many other large control surfaces, but with one massive advantage. While most control surfaces subdivide their screen with small solid physical boxes around each button, the Nexus doesn’t bother with this, instead uses the entire surface almost like a cell phone screen. This means that the Nexus is able to put in boxes beyond a 1” by 1” square, instead pulling in things like chat boxes, viewer count, latest subscriber, media controls, and much more. But better use of the touchscreen isn’t even scratching the surface.

When streaming, it’s crucial that you are able to control the various sources of audio in your mix independently, lest the in-game music overwhelm your voiceover. Sure, you can adjust sliders and such inside the game, but it’s far easier to do this on the fly when you have independent controls. On the Nexus you’ll have physical controls for your microphone, line in, console, system, game, and chat. This is extra useful if you are using a secondary microphone, such as when you are playing an instrument or have a second microphone for a co-host. System is your window-level sound controls, which is useful for toning down all of the chimes and bells that Windows bleats at you at the worst possible time. Console is, as you may have guessed, good for turning down the volume coming from a game console. Game tamps down the in-game audio, and chat is the sound coming not from your microphone, but from something like Discord with the noise your chat box might bring. Some of these may sound redundant, but as you get more comfortable with your audio mix, you’ll find that you’ve used all of them. The device controls are going to adjust volume on anything you plugged into it, so truthfully these knobs can be mapped all sorts of ways. Each knob can also be depressed to mute that audio channel as well.

When you’ve gotten yourself to pro level, you’ll likely be using a secondary PC to stream, with a primary PC handling the game itself. The Nexus has you handled in this scenario as well, effectively doubling the audio leveling capabilities by allowing you to map and split to best match your situation — something most control surfaces ignore entirely.

The closest approximation to the Live Streamer Nexus is probably the TC-Helicon Vocal Effects Processor (link) as all other control surfaces utilize USB or 3.5mm audio jacks — only these two use XLR. XLR isn’t just a preference, but offers access to a world of higher quality microphones and audio capture devices. That said, the TC-Helicon doesn’t have a touch screen and pops in at nearly $500.

Speaking of the microphone, the Live Streamer Mic 330’s pickups rival that of a lot of pro-level microphones. This hypercardioid (meaning it captures from a large bubble on front, and a smaller one from behind) mic does a great job of pulling in my voice while seeming to ignore the background noise. The Live Streamer Mic comes with pre-mounted solid metal arms with a standard 3/8-16 threaded hole and an adapter for the larger 5/8-27 threaded hole, so it’ll fit on whatever shock mount or microphone stand you’ve got available. I do like that the arms can be positioned to allow the mic to hang from an overhead boom arm or sit on top of a weighted base, though with the latter you’ll want to make sure you keep it balanced. I use a heavy block stand, the additional weight of the metal body and arm did mean I couldn’t turn the device parallel to the counterweight lest it tip in that direction. That said, throwing a pop filter in front of it and plugging in the generous-length included XLR cable, I was ready to record. 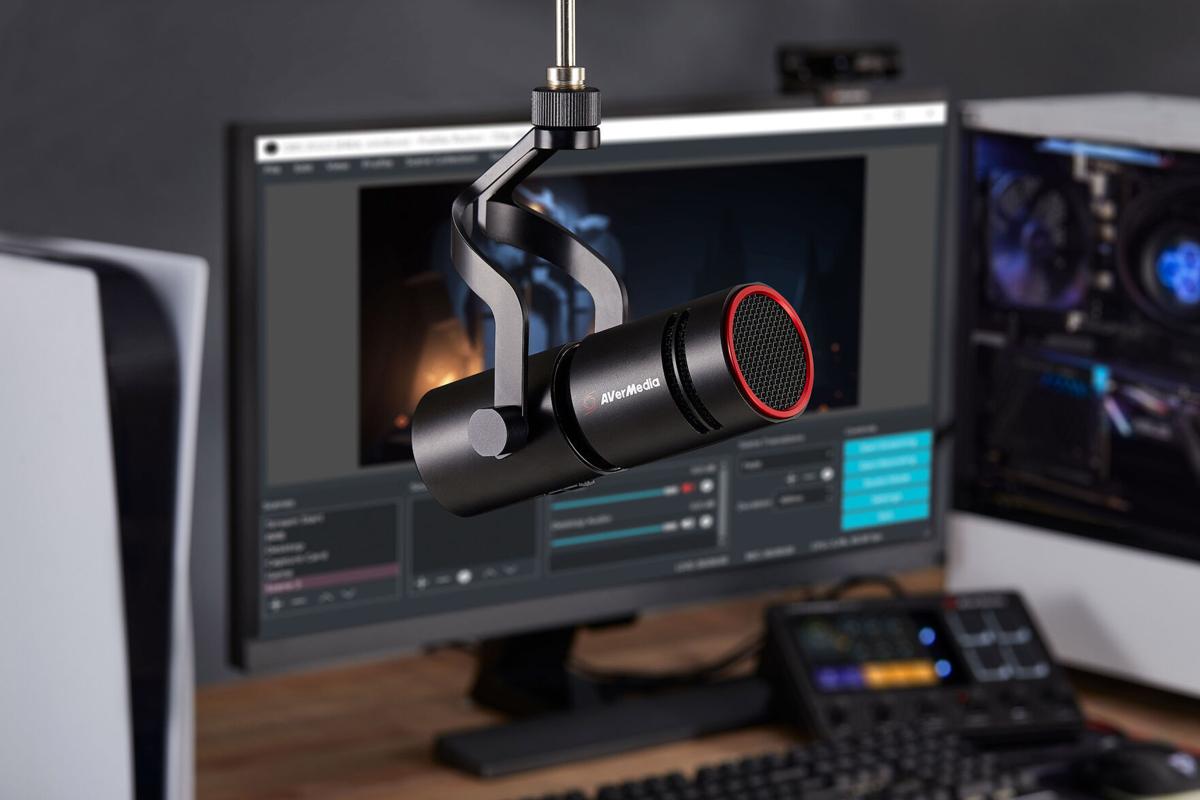 Realistically you’ll rarely be on screen full-frame during a stream. More often than not, you’ll be relegating your visage to the bottom corner of your screen. That said, clarity matters. To see which would be most appropriate I checked out two cameras — the Live Streamer Cam 315 and the Live Streamer Cam 513. The 315 is a 1080p camera that’ll set you back about 58 bucks. It has an integrated microphone that we’ll be ignoring in favor of the aforementioned Streamer Mic 330. It’s a widescreen camera with two microphones and sits on a swivel head so you can put it in any position in a 360 degree arc. It can tilt up and down, has a permanently connected USB cord, and has a sliding privacy screen to close the eye when not in use. The Live Streamer Cam 513 is 4K, can also tilt up and down and turn, has a Mandalorian-esque pull-down shield for camera privacy, and uses a detachable USB-C cable for connectivity. Both require a USB 3.0 port to work, and both have cables that are too short by half. Unless you have a powered USB 3.0 hub nearby, or in the case of the 513, swapping out the cable, you are going to need a cable extender.

The Live Streamer Cam 513 has a great many more transform controls (zoom, digital pan and tilt) than the 315. Similarly, the quality of the image is clearer, and obviously higher resolution, but both of them benefit greatly from an external light source like a ring light. In the video at the top of this review you’ll find a comparison between the two, with a before and after when adding a ring light. A picture is worth 1000 words, and it’s far easier to show than tell. 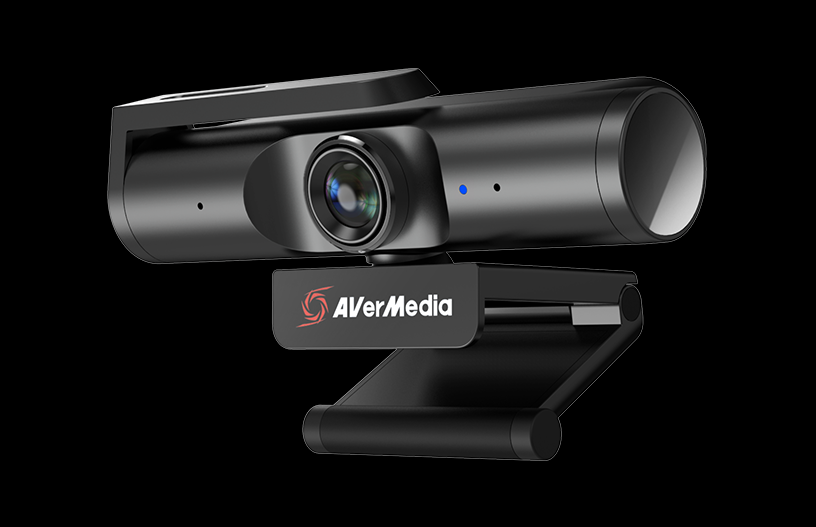 I’ve used a lot of control surfaces over the years, and none of them were as easy to set up and use as the Live Streamer Nexus. Honestly, I was surprised at just how easy it was; at first thinking I’d done something wrong as it set up so quickly. At $349 for the Live Streamer Nexus, it may be a little more expensive than its counterparts, but you can’t deny the results, or the flexibility. Frankly, it makes competing decks with their solid and inflexible buttons look very last-generation. is launching at $99 which puts it at half the price of other mics in this category — a real bargain given just how clear this microphone sounds. So let’s re-tally those costs.

Picking up the 4K Live Streamer Cam 513 and disabling the sound is going to run you $192 at the time of writing. The Nexus is $349, and the Streamer Mic 330 is $99. Unless my math is flawed, that puts us at $640 instead of $1300 — I’d call that one hell of a bargain. Sure, you’ll still want that ring light, and you will probably want a game or two, but with peripherals this good and prices that low, you’ll have plenty of budget leftover.

There isn’t a better streaming deck on the market -- period. The Live Streamer Nexus is truly a next-generation streaming platform that delivers professional level control of your entire setup with a simplicity that cannot be beaten, not even by devices twice the price. Paired with the new Live Streamer Mic 330, you’ll be ready to showcase the latest games with excellent sound. It won’t make you a better gamer, but it just might make you a better streamer.

Ron Burke is the Editor in Chief for Gaming Trend. Currently living in Fort Worth, Texas, Ron is an old-school gamer who enjoys CRPGs, action/adventure, platformers, music games, and has recently gotten into tabletop gaming. Ron is also a fourth degree black belt, with a Master's rank in Matsumura Seito Shōrin-ryū, Moo Duk Kwan Tang Soo Do, Universal Tang Soo Do Alliance, and International Tang Soo Do Federation. He also holds ranks in several other styles in his search to be a well-rounded fighter. Ron has been married to Gaming Trend Editor, Laura Burke, for 21 years. They have three dogs - Pazuzu (Irish Terrier), Atë, and Calliope (both Australian Kelpie/Pit Bull mixes).
Related Articles: Hardware, Live Streamer Nexus, The Live Streamer Mic 330
Share
Tweet
Share
Submit